In Sarawak, we have a politician by the name of Wong Soon Koh. 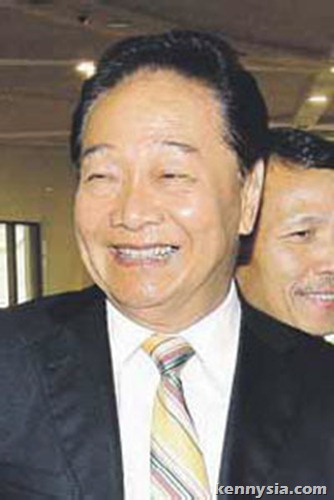 I don’t know much about him, except he is always cutting ribbons at functions and that he is one of the two candidates vying for presidency for SUPP, aka Sarawak BN’s equivalent of the MCA.

Ever since I started reading 9gag, every time I see Wong Soon Koh’s smiling face on the newspaper, I can’t help but to think how similar he is to the "Problem?" guy. 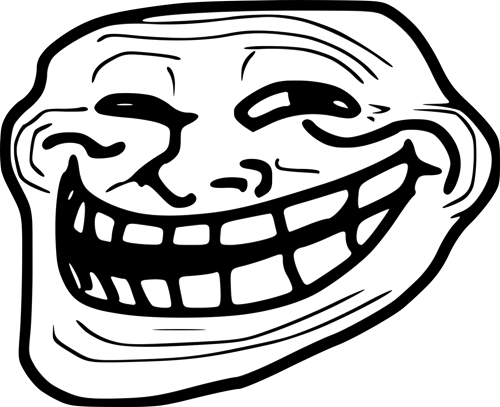 See? Can’t even tell the difference. 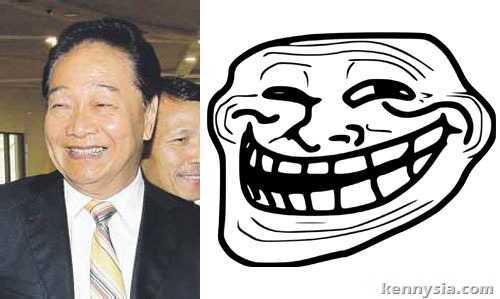 It’s like, I dedicated my whole life to finding lame but silly business names. 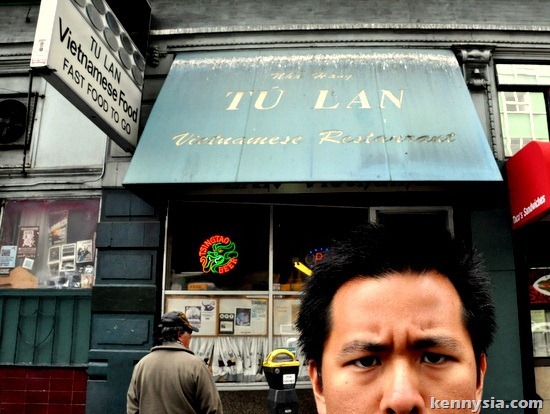 It means, "Sure, you may use our free wifi…" 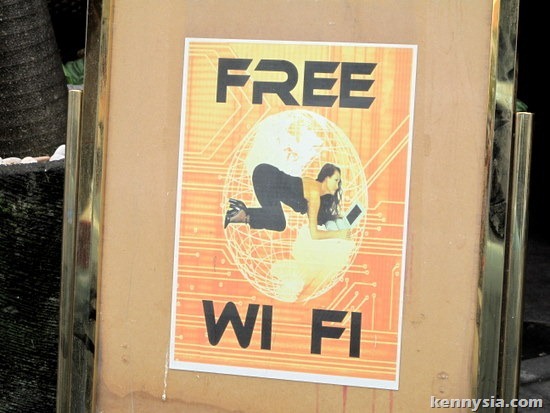 "…But only if you stick your ass out and use your laptop like a dog. Woof woof."

I am all for people getting some exercise happening.

But this is just ridiculous.

If you don’t know what “happy ending” means, this is it.

Yes, it is very safe.

Now I know how to put on mascara.

Aiya, I didn’t know, else I would’ve filled up my tank yesterday. 🙁

No wonder I thought I saw something funny when I passed by a petrol station yesterday. 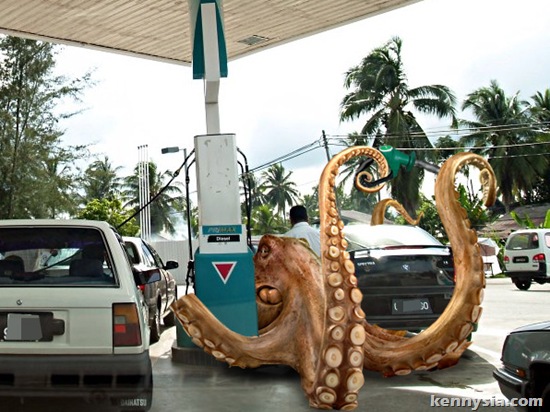 Let’s do a little social experiment shall we? 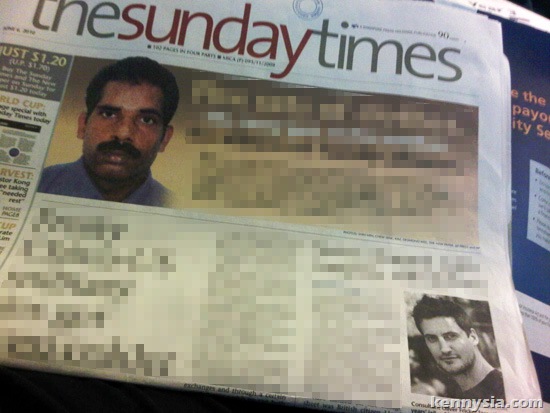 This is the front page of Singapore’s Straits Times this past weekend. On it are two photographs of two people involved in two separate criminal cases.

One is a perpetrator of a crime.

The other is a victim of a crime. 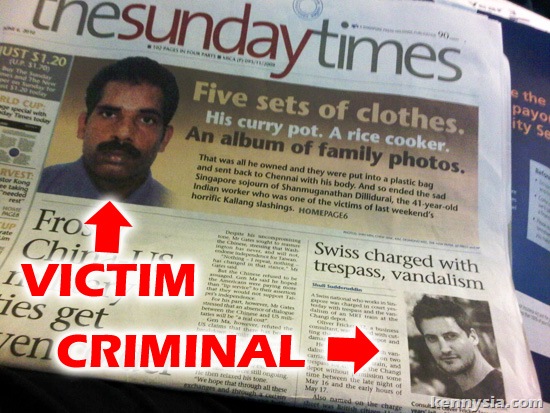 DIDN’T EXPECT THAT DID YA?

The top was a mugshot of an Indian national who was unfortunately murdered in Singapore. On the right was a photo of a Swiss national who foolishly broke into MRT’s depot and vandalized a train. 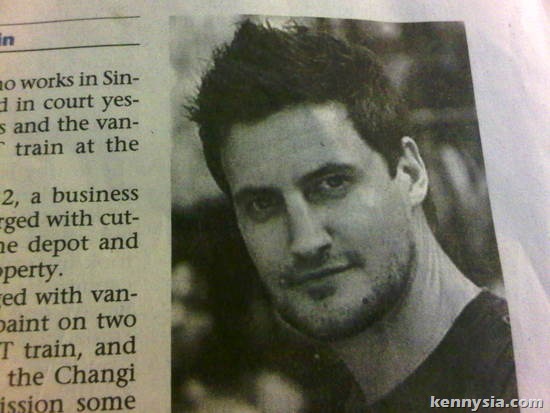 With a mugshot like this, who would’ve thought he’s responsible for such a childish act?

Heck, it’s not even an ugly mugshot. It’s a glamour portrait photography suitable for publishing in CLEO magazine.

The question begs: how the heck did Singapore Straits Times managed to get hold of such a pretty boy photo of him?

The answer becomes clear as soon as I saw the caption. 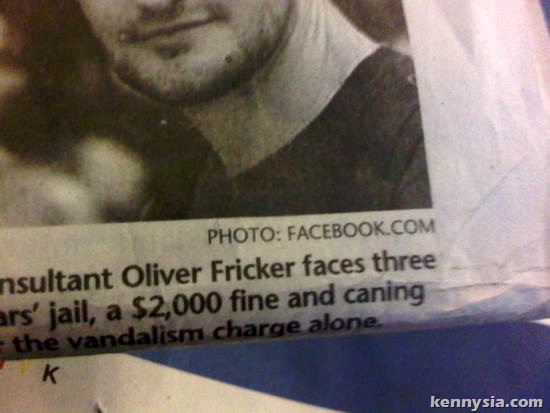 The Straits Times actually dug through his Facebook profile to find that pic!

At least I know next time if I were to be arrested in Singapore for whatsoever reason, my mugshot in the newspaper ain’t gonna turn up too bad. 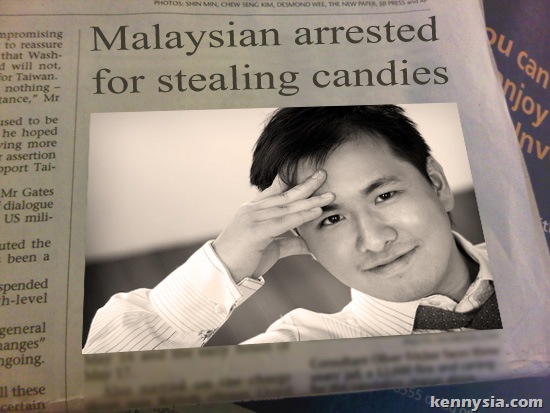 Hope they also photoshop off my pimple!

Some time ago, someone sent this message to my Twitter. 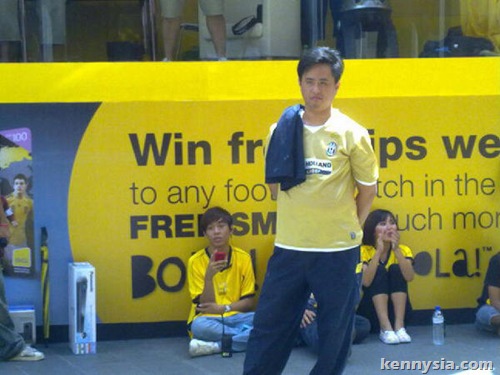 bryanlyt sent this in with the message “Kenny Sia look alike spotted at Pavilion!”

A lot of people saw the resemblance, including me. 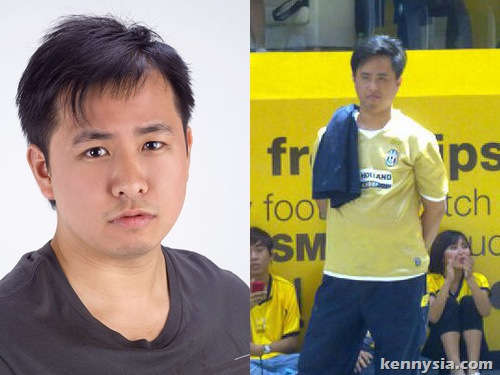 I chuckled, then didn’t think too much about it afterwards.

But two days later, the same guy re-appeared! At exactly the same place! 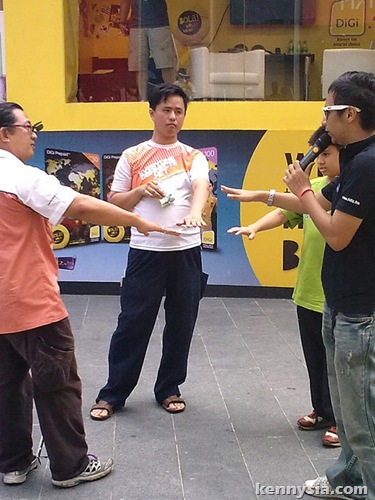 It got me really curious. Who is the heck this guy? Why does he keep hanging around the same place?

Do you know this guy? What is his name? What is he doing? And most importantly, WHY DOES HE LOOK SO MUCH LIKE ME!? 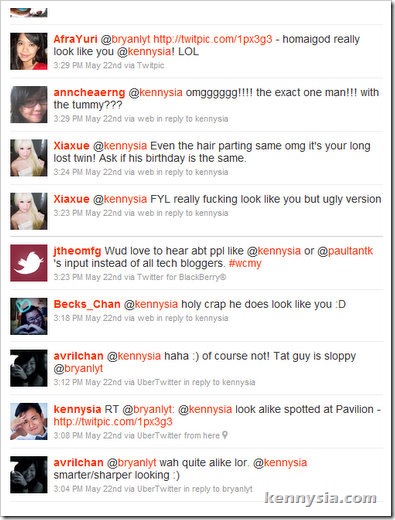 Or are you in fact, the guy above reading this blog at your computer right now? If so, my friend, you and I need to talk.

You see, there’s a few weddings coming up that I really do not want to attend. 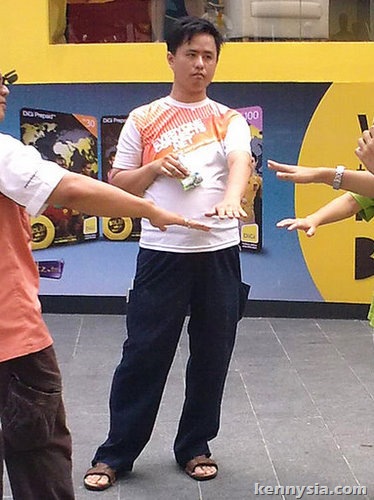 Can you help me attend by PRETENDING TO BE ME?