The iPhone 4S was the final Apple product touched by Steve Jobs before he passed. 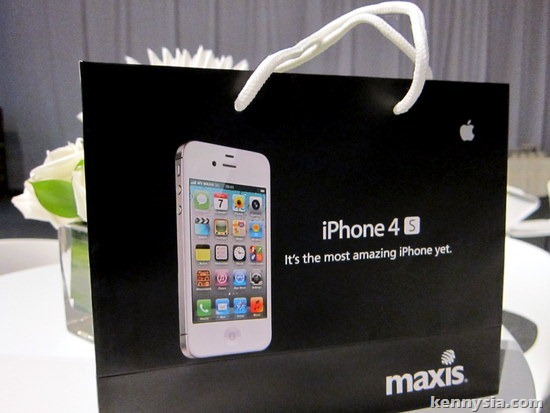 Let’s face it, when Apple announced the iPhone 4S two months ago, some people were disappointed.

Fair enough. People were expecting the announcement of the "iPhone 5", not a update to the existing iPhone 4. But the untimely passing of the Apple supremo was enough to propel the 4S to legendary status. Enough was written about the new features of the iPhone 4S, so I won’t delve into detail about how the improved processor is twice as fast, how smart the software has become and how much the new 8MP camera kicks ass.

I will, however, write about the glitz, the glamour, the queue and craziness surrounding the midnight launch of the iPhone 4S at KLCC last Friday by Maxis. 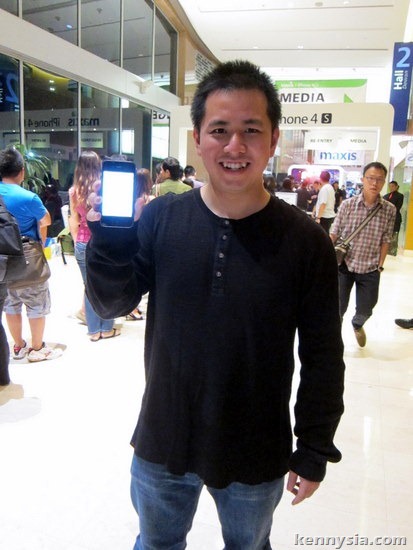 Me wearing black long-sleeve top and jeans as tribute to Steve. 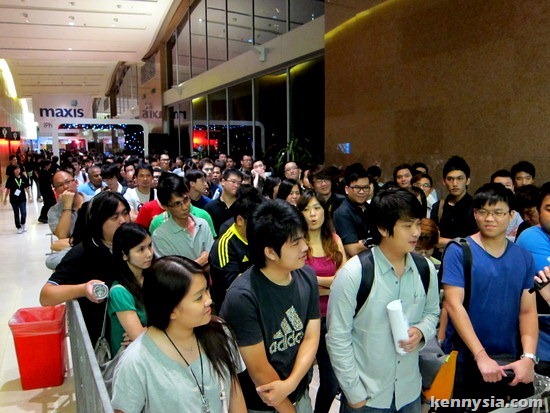 Queues that stretched from one end of the KL Convention Centre to another. This, despite the fact that competing telcos are also launching the Apple iPhone 4S on the same night, though without the similar amount of fanfare as Maxis. 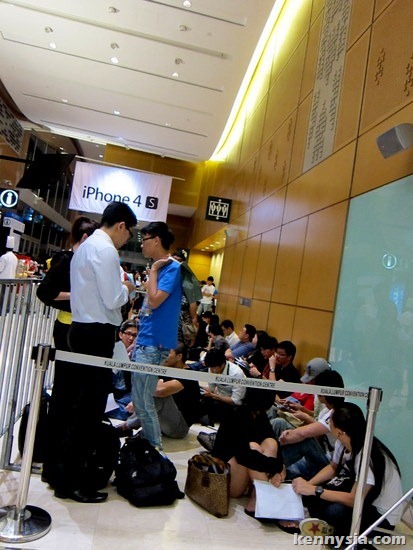 The first 40 early-bird subscribers. Some people took the day off on Thursday just to be the among the firsts to queue up. 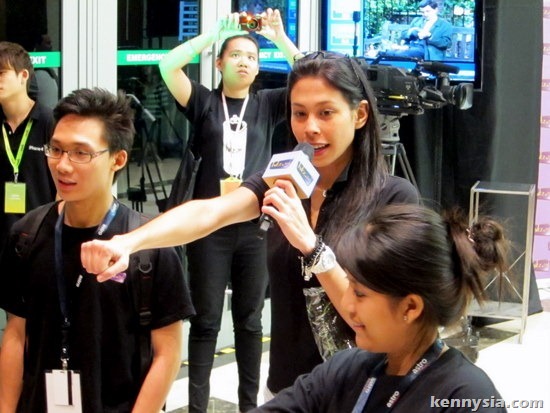 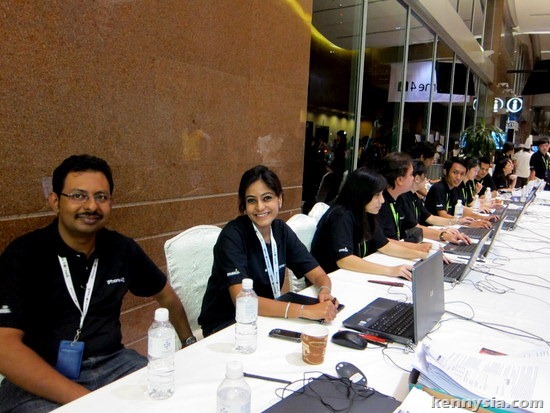 On standby since 3pm.

Despite it being a long night for Maxis employees, they are still looking so upbeat. 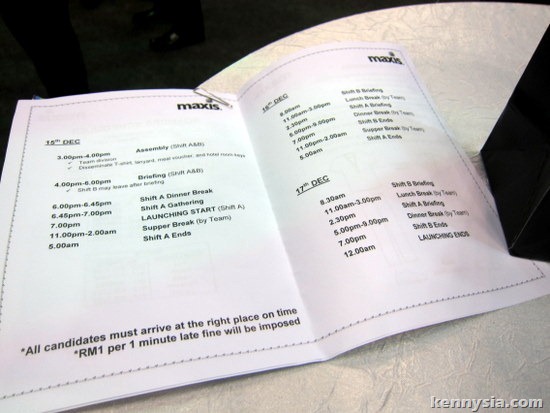 Maxis employee handouts, telling them their shifts end at 5am. 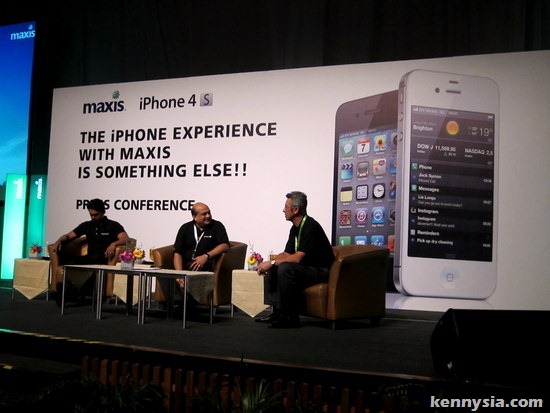 At the press conference, the CEO of Maxis re-iterated that he is unfazed by competition.

Other telcos may be launching the same product on the same night, but he was convinced that only Maxis is capable of bringing out the best of the iPhone 4S.

Since the iPhone 4S uses a lot of internet data to power things like iMessage and SIRI, Maxis built their data network to become the largest and fastest in the whole of Malaysia. That’s RM1,000 off the price quoted by the parallel importers at Low Yat. Not bad.

No wonder the queue outside was so long. 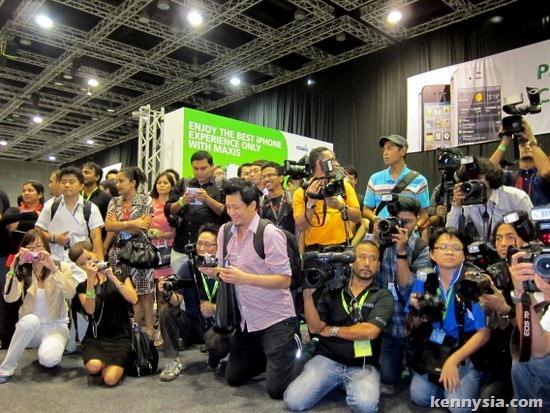 As the stroke of midnight drew closer, the camera army began gathering outside the payment area, waiting to capture the moment the first Maxis customers purchasing their brand new iPhone 4S. 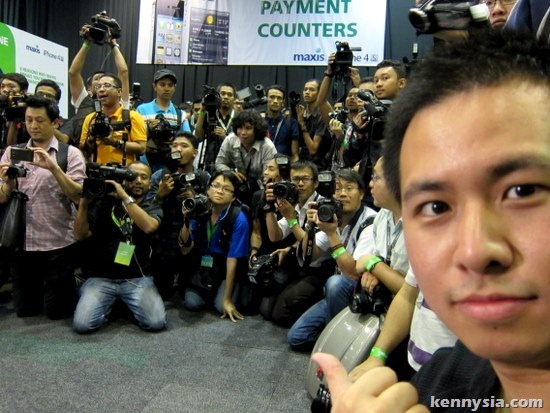 Seriously. The only other time you would see these much photographers gathering is when there are lingerie models at a car show. 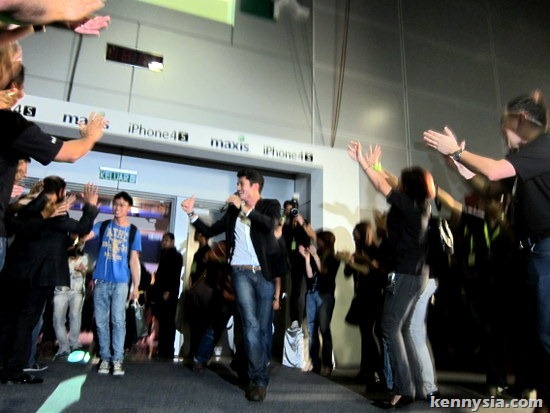 At midnight, the first iPhone 4S customer walked in to loud cheers and high-fives by the CEO of Maxis and his entire team. The expression on his face is like "WTF?"

Maxis, making every iPhone launch a party since 2009. 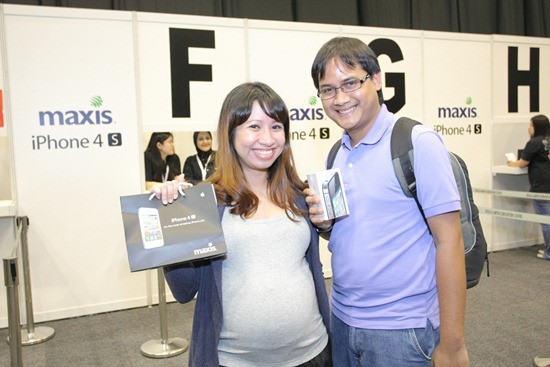 An 8-month pregnant lady was among the first 40 people to get the iPhone 4S. 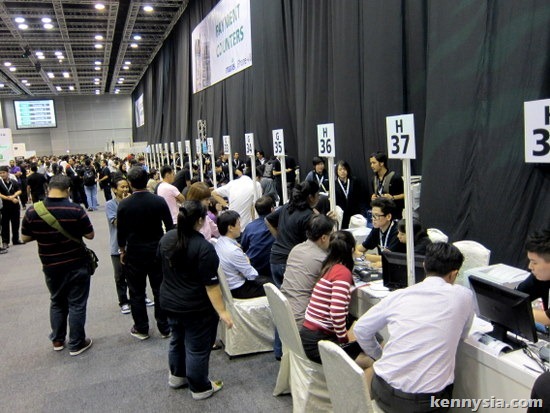 60 payment booths are open to accommodate half a kilometre long of people queuing up to buy the iPhone 4S. 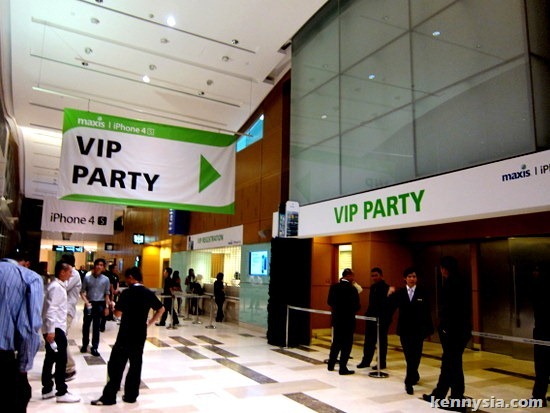 The VIPs, corporate guests and Media have their own separate area with free-flowing drinks, alcohol, food and an over-enthusiastic DJ to make the waiting much less painful than those queuing outside. 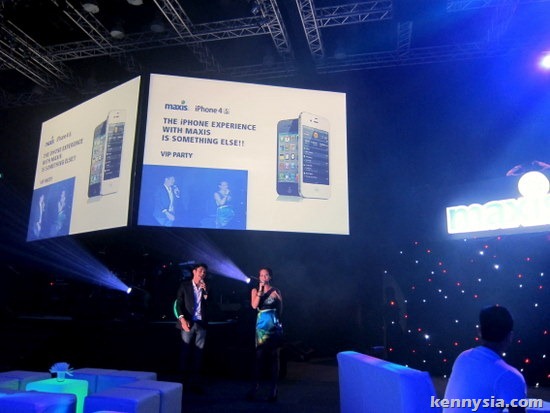 It doesn’t matter if you’re a TV host, radio announcer or blogger, every has to wait for their turn to lay their hands on the Apple iPhone 4S. There ain’t no special treatment. 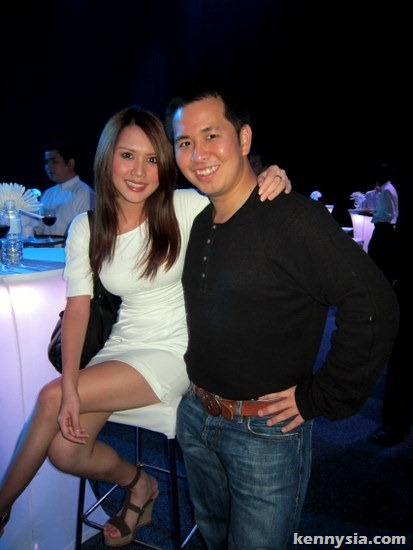 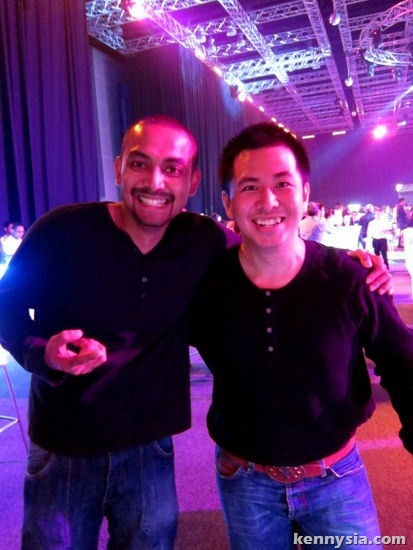 Radio announcer JJ from hitz.FM also came dressed as a tribute to Steve Jobs. (Or maybe that’s what he wears everyday.)

JJ was there to upgrade his 2-year-old iPhone 3GS to the new iPhone 4S. I can tell even he was surprised at such a grand reception at the launch.

"Mannnn…. all these for a PHONE?!" he exclaimed. 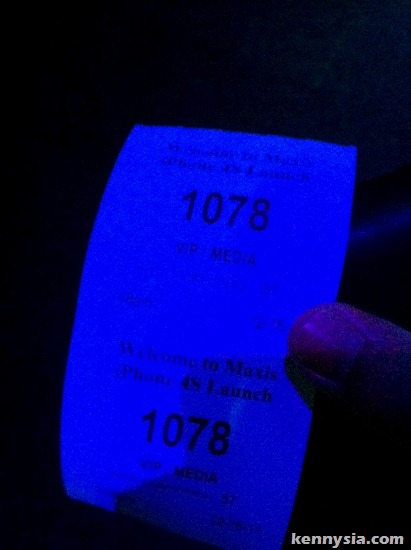 A wait is still a wait. Although I was in the VIP waiting area, I never got my hands on the iPhone 4S that night.

According to my ticket, there was still 50+ people ahead of me at 2am and I was just too knackered to continue waiting. I left without the iPhone 4S, but at least I had yummy free-flowing beer. 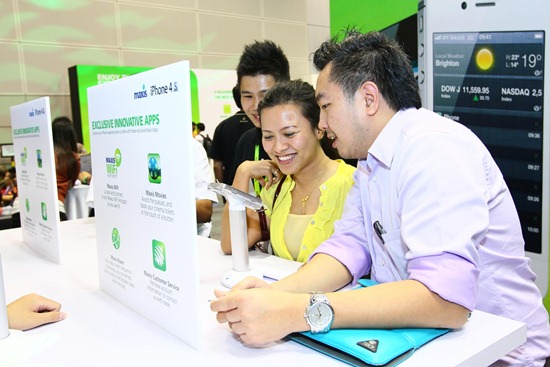 The much-anticipated SIRI personal assistant was downplayed by Maxis at the launch. SIRI is great, but it is not 100% perfect. In the US, Apple jumped the gun when they launched it, leading to a series of silly SIRI responses well-documented in a hilarious blog called shitthatsirisays.tumblr.com

Maxis learnt from that lesson and explained that they didn’t want to over-hype SIRI when it is still technically in beta stage. 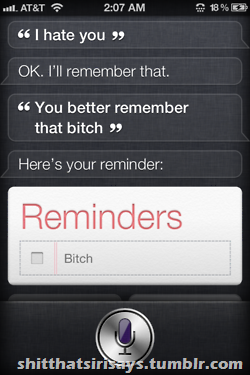 My guess is that Apple knew SIRI is not perfect. But they launched it anyway.

At this very moment, Apple gotta be collecting billions of voice samples and their crazy requests from people all over the world through SIRI, analysing them and creating a bigger, better voice recognition system to rule them all. What the Apple iPhone 4S has right now is an appetizer for bigger, more awesome things to come. 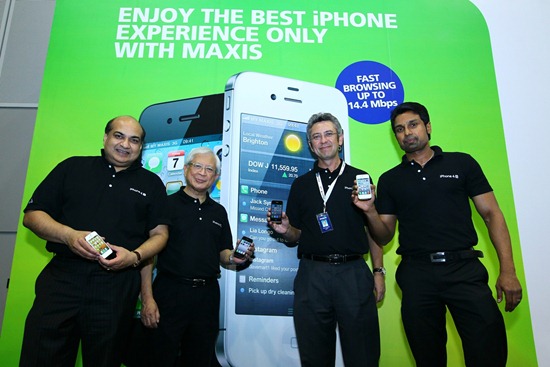 Yes, iPhone 4S has SIRI. It is there and it works. But it is in beta. Just don’t expect a "personal assistant" when it is more a "voice-controlled toy".

With or without SIRI, the iPhone 4S is still an awesome phone: Faster processor, better camera, longer battery life. 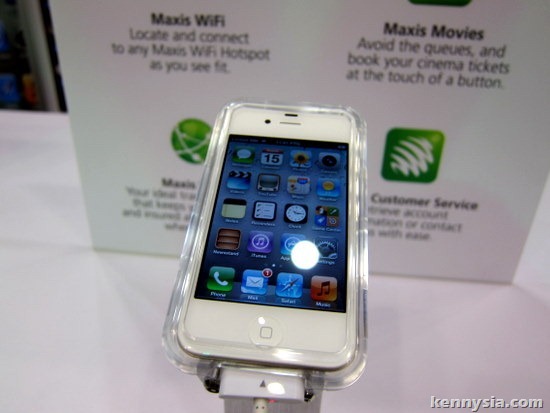 And with Maxis and iPhone 4S both supporting high speed 14.4Mbps HSDPA, the fastest iPhone ever is in your hands.