Something quite disturbing I found in Egypt. 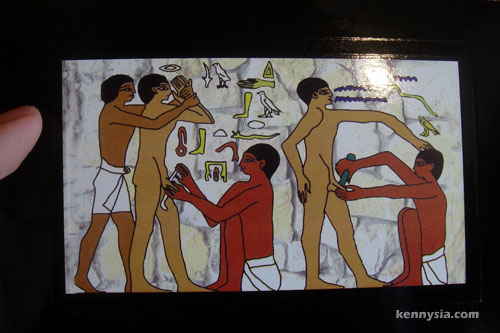 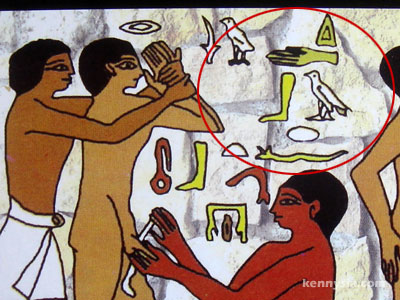 I’m not sure what those Egyptian characters in the red circle means, but I’m pretty sure it can be translated into “KNNCCB! THAT F@$KING HURTS OK!!!”

END_OF_DOCUMENT_TOKEN_TO_BE_REPLACED

Those of you who have been following my Twitter when I was travelling would know that I often update it with my observations of the quirky way Egyptians live.
For those who have missed it, these are the best ones and I’ve put them here again. This time with pictures.

There is a lot of sand in Egypt. 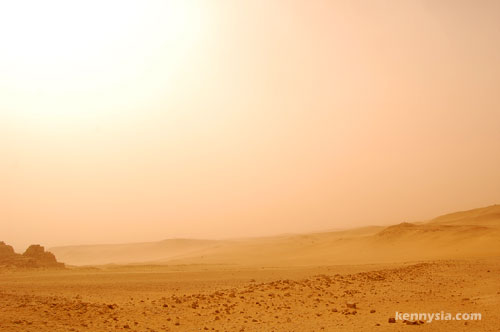 From the airplane, the country looks like one freaking huge sand box. These huge expanse of North African desert is lifeless yet beautiful. 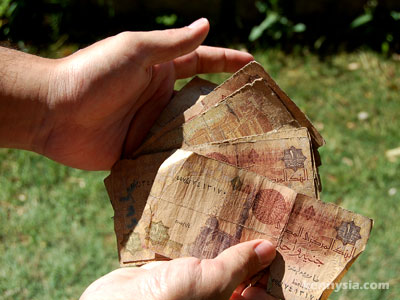 In Egypt, their payphones are also called “Ringo” Because of my size, the Egyptians have given me a nickname. They call me “Rambo”. 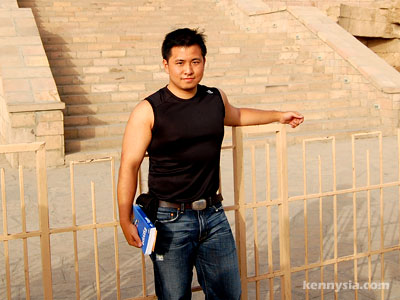 Egyptians have a wicked sense of humour. I was wearing this tight adidas sleeveless top during one of my visits to a historical site and while I was walking back, I caught the attention of the tourist trap merchants. The whole stretch of them were yelling out to me “Bruce Lee! Bruce Lee!” Then one of them shouted “HEY RAMBO!” and everyone cracked up laughing.
Our local tour guide eventually got wind of it and for the rest of the trip, my nickname was “Rambo”.

I played arm wrestling with an Egyptian merchant. I lost. The bugger cheated! 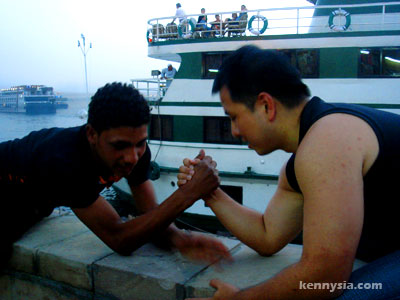 After witnessing all the commotion that me (aka Rambo) had caused at the markets, one of the local guys challenged me to an impromptu game of arm wrestling.
You don’t see our two countries sizing up in many of the sport events. But for once, this is Egypt Vs Malaysia. 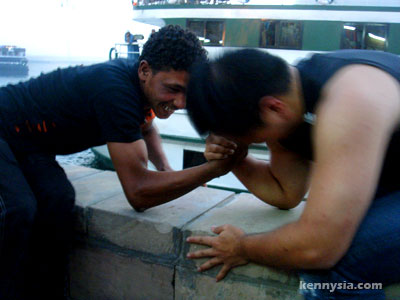 Early on I was dominating. With 300 loud Egyptian guys firmly behind their boy, and only 2 of my mates cheering me on, sad to say, I lost. 😛
Not to say I’m a sore loser, but he did lift his whole elbow up halfway through the match.

When I said the way Kuching people park their cars is bad, I obviously hadn’t seen the way Egyptians park.
This is one quirk I find most interesting.
Kuching people are expert when it comes to parking their cars. It doesn’t matter if it is a pedestrian walk, a yellow line or a No Parking sign, as long as there’s space to fit in a car you WILL find a Kuching car on it. Heck, if they could, Kuching people might even park their cars on trees. 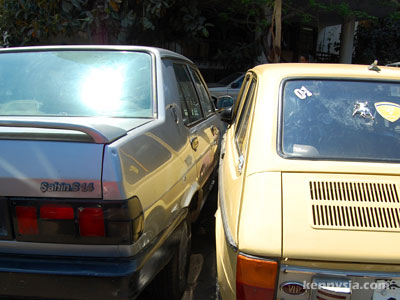 But you know what? After seeing the way Egyptian park their cars, I am left speechless. 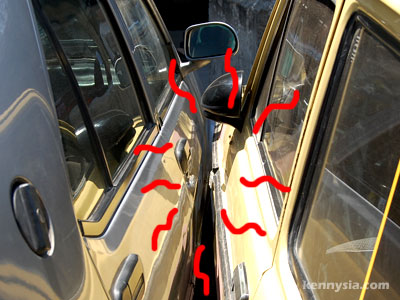 They just park sooooo close to each other. How the hell is ANY of those cars gonna get out without getting scratched?! Now THAT’S a mystery greater than the Pyramids of Giza. 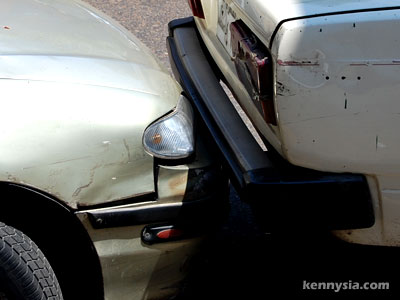 I mean, I’ve heard of the term “bumper to bumper”. But this is ridiculous.
Of all the cars you see in Egypt, 99.9% has scratches on them. You have a better chance at winning 4D than you have finding a perfectly undamaged car in Egypt. For that reason, you’re almost never gonna see a brand new car in the country. 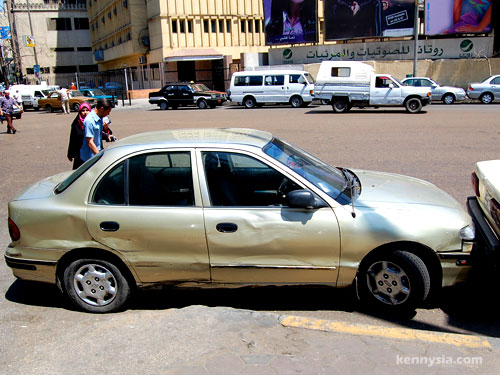 Seriously, who teaches these people how to park their cars? Mr Bean?

END_OF_DOCUMENT_TOKEN_TO_BE_REPLACED

The galabiyya is a type of long robe commonly worn by Egyptian men. 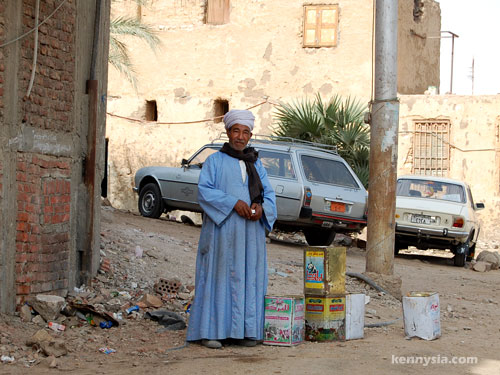 Normally back in Malaysia, when we wanna go out, we simply just put on our t-shirt and jeans. Most of the time, we don’t even need to think about it. T-shirt and jeans is like the “default attire” over here. 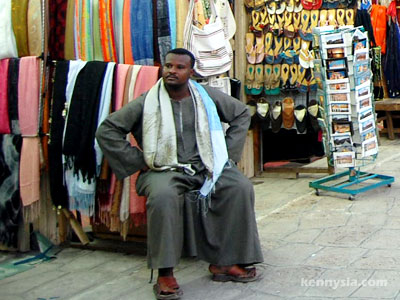 Over in Egypt, when the guys there wanna go out, they don’t put on their t-shirt and jeans. They put on their galabiyyas.
The galabiyya is the like the national uniform of all Egyptian men. They wear galabiyyas out for every occassion. And I do mean EVERY occassion. 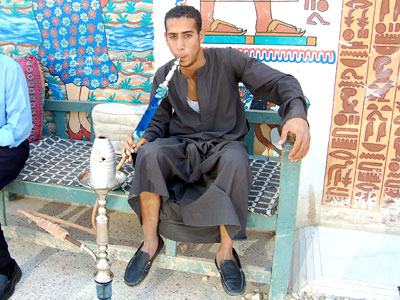 They wear it out to smoke sheesha. 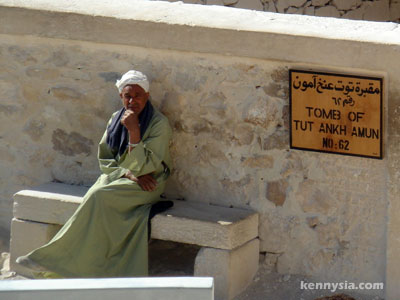 They wear it out to work as security guards. 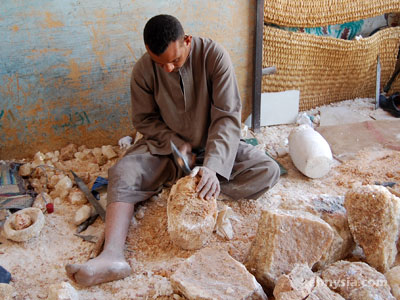 They wear it to work in the quarries. 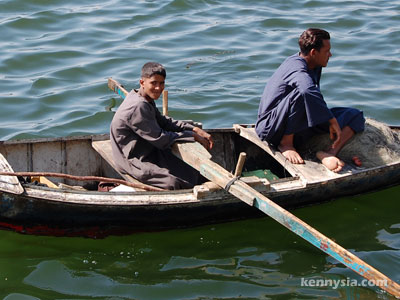 They wear it out to go boating. 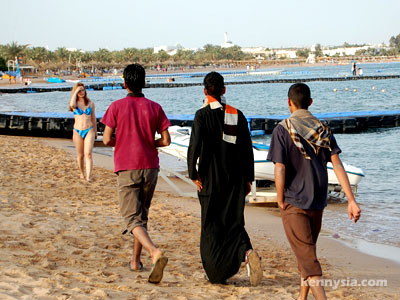 Heck, they even wear it out to the beach!
I’m not sure how anyone could wear this type of clothing out for boating and stuff. Surely, your mobility will be quite limited right? You can’t really run if you wear a dress like that. 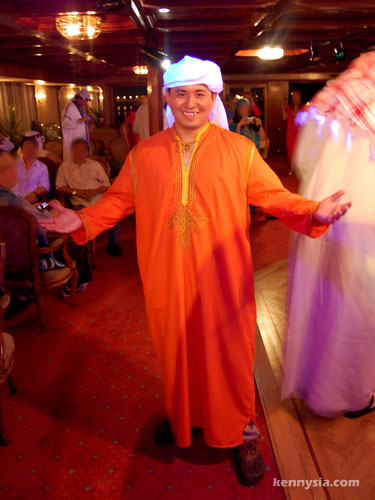 I must say though, it’s really comfortable. The loose fitting hides my bulges well. Without wearing jeans underneath, my bottom is really… airy. Perfect for the hot Egyptian weather. 😛
Man, I wish I could wear this thing out in Kuching more often. 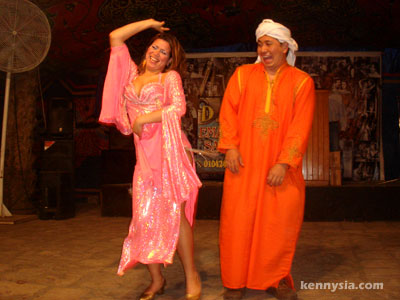 Sadly the only chance I’m probably gonna get to wear it, is for a Halloween party.

END_OF_DOCUMENT_TOKEN_TO_BE_REPLACED

What is it with popular tourist spots and lousy names? 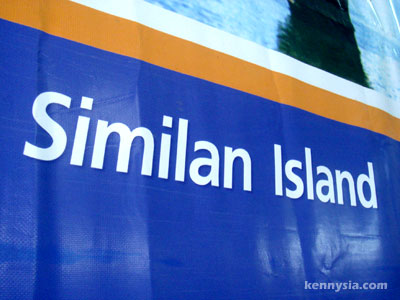 I thought Thailand’s “Similan Island” has the worst name ever for a tourist spot.
Obviously, I was wrong.

END_OF_DOCUMENT_TOKEN_TO_BE_REPLACED

You won’t believe how much money I paid Hilton just to be able to get online.
Hilton, I love you. But with the prices you charge, sometimes I think you should just kiss my hairy ass. 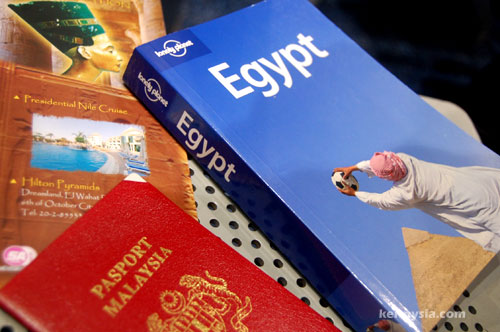 I disappeared off the web because I’m overseas in Egypt. For the past few days I have been touring this legendary land of the pharoahs and home of the greatest ancient civilisation in the world.
Already, I had visited many historial sites along the Nile River with my tour group. We have still yet to visit the famous pyramids and the Sphinx, but we’ll be doing that tomorrow. 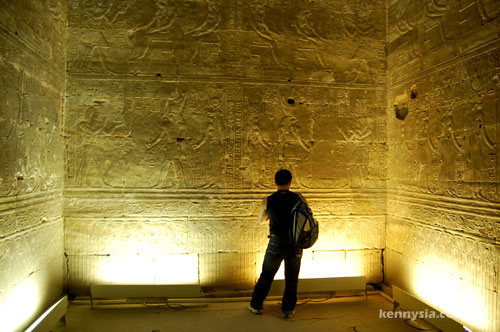 After that, I’ll stay a few more days in Egypt to explore the coastal towns of Dahab and Sharm El-Sheikh by the Red Sea. On my own. Looking forward to that. 🙂
One thing I didn’t tell anyone is that the places I am going to are where at least two terrorist attacks occured in the past year. There are very powerful extremists in Egypt who are opposed to their President’s moderate stance with the United States. And lately they seem to be targetting tourists in order to hurt their country’s economy and send a message. 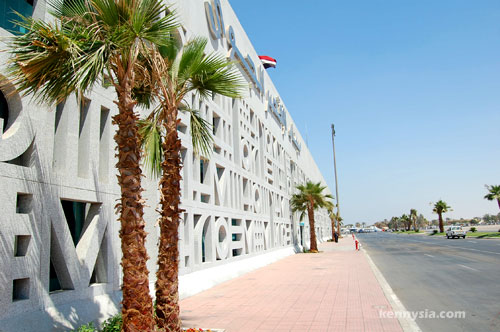 But I think I should be fine. 🙂 On the bright side, at least I know that prices will be cheap over there. Heck, I even managed to get a nice hotel room in Dahab overlooking the Red Sea for only RM35 a night! Beat that.
Meanwhile, if anyone wants me to bring back a souvenir from Egypt, let me know. I promise I’ll go back to Kuching tapao a mummy for you.
No, not that kind of mummy.
This mummy lah. 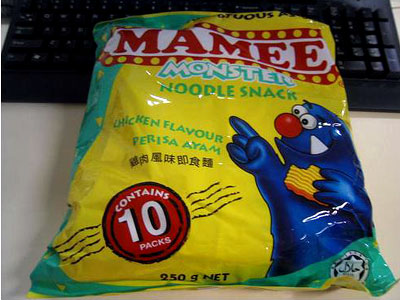