It’s been a while. Real life has been ridiculously hectic. 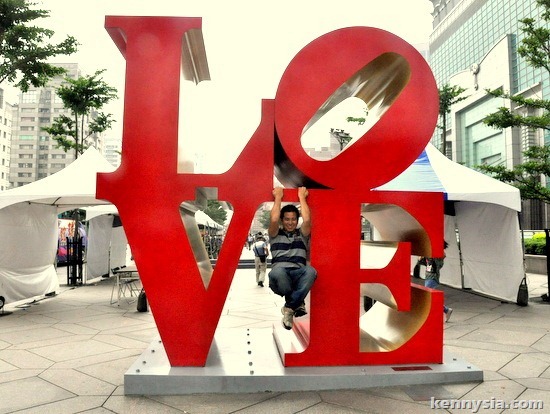 Computex is the second largest computer expo in the world. 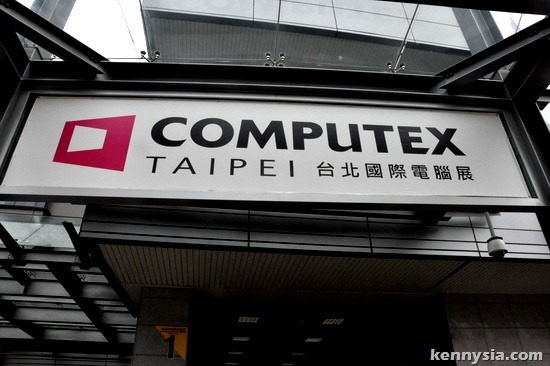 Coincidentally, I was in Taipei for holiday when this year’s Computex was happening. Knowing Taiwan is the largest computer manufacturer in the world, I expected nothing less than a full-scale pasar malam-type buying and selling, a full-scale price war and a crowd of nerds 100 times worse than at PIKOM and SITEX PC Fairs. 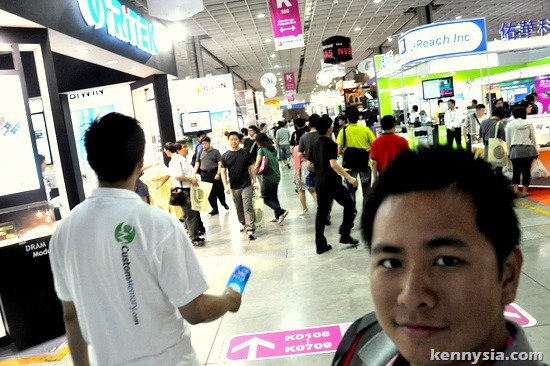 When I got there however, I couldn’t help but to feel a little let down.

There wasn’t anyone selling anything. In fact, most exhibits there are just by companies I have never heard of, showing off products that were not even available on the market yet. It does not matter how much cash you bring, nobody is gonna sell you anything. 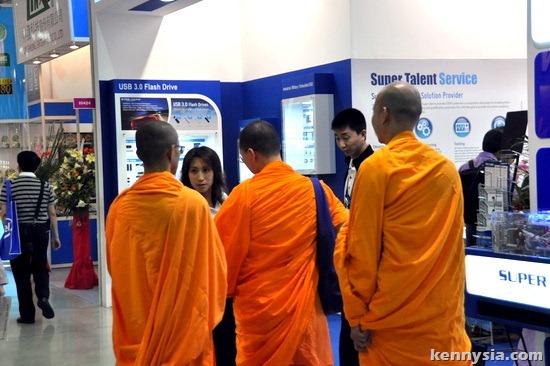 Not even if you’re a monk. 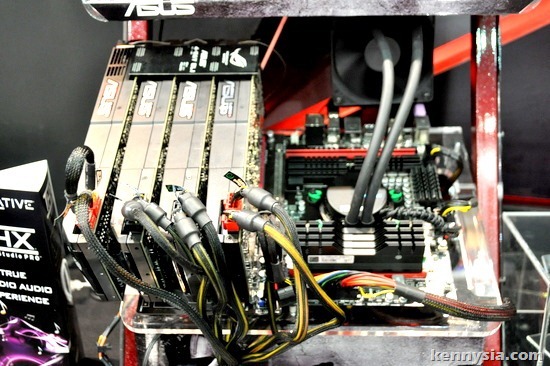 So really, in the end all Computex achieved is essentially: showing off a bunch of cool stuff to a bunch of sweaty nerds and tell them they can see, can salivate, but too bad cannot touch.

There was also one more thing those nerds can see, can salivate, but cannot touch. 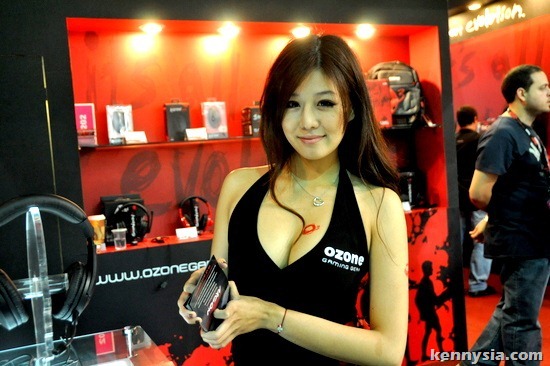 Everywhere you see a Taiwanese showgirl, you definitely will see a bunch of pimply fat kids and middle-aged men hovering around her like vultures with their Nikons and Canons EOS pointed millimetres away from her pretty face. 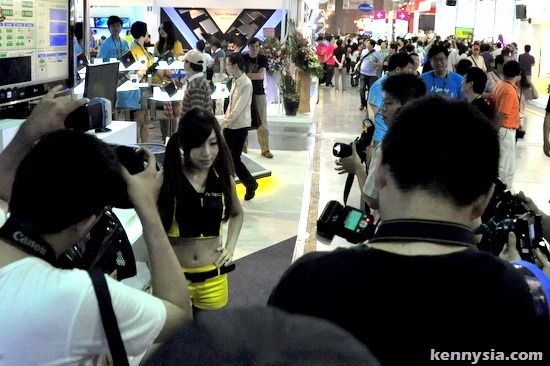 Because really, who cares about the computer products anyway?

Don’t get me wrong. It’s not all about the girls. 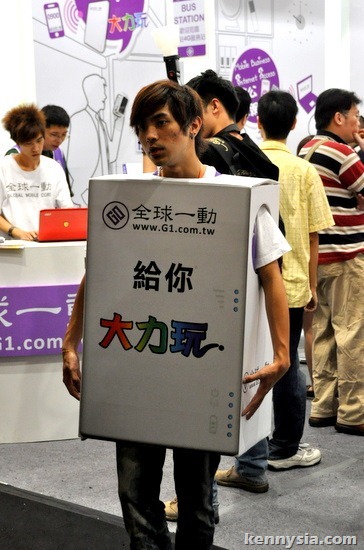 There were male models there as well, but generally they were not as popular.

Dunno if you can see why. 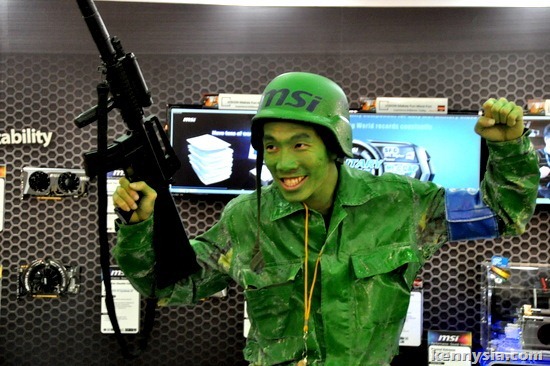 I noticed that there was a big difference between the Taiwanese showgirls and the girls at our Malaysian PC Fairs.

The thickness of their make-up is one thing. But in Taiwan, instead of just looking at the camera and flashing a bored smile, the girls are generally a lot more game to do something extra when they pose for  the cameras. 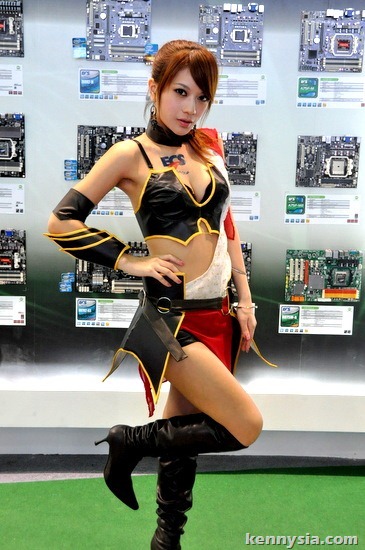 Or maybe wearing a computer modem on their head. 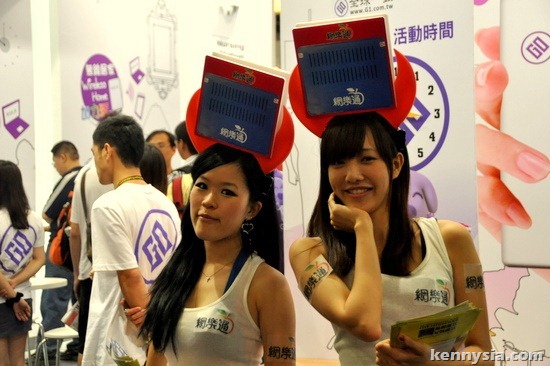 Doesn’t matter if they look stupid, as long as they are getting paid.

With hundreds of cameras pointing in direction of these girls, I was wondering what the photographers are gonna think when all the photos turn out exactly the same.

Fret not, these show girls have apparently mastered the art of posing cutely for the camera. 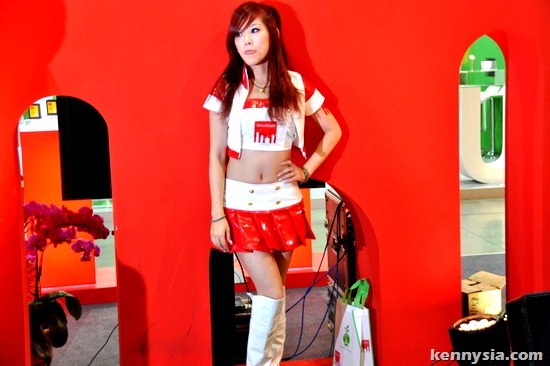 Everytime the shutter goes off, they would automatically tilt their heads a little, or display another finger.

In the process, they make themselves look more and more ridiculous. 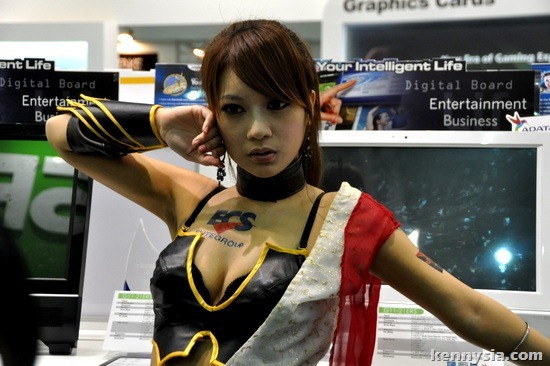 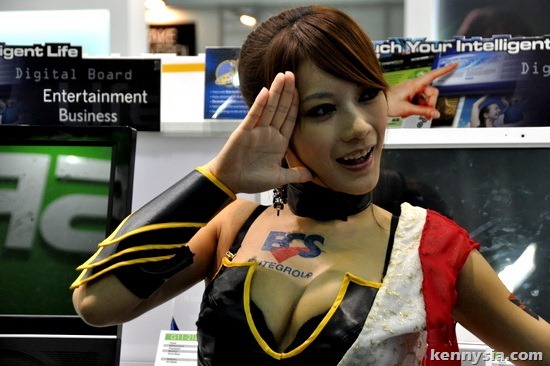 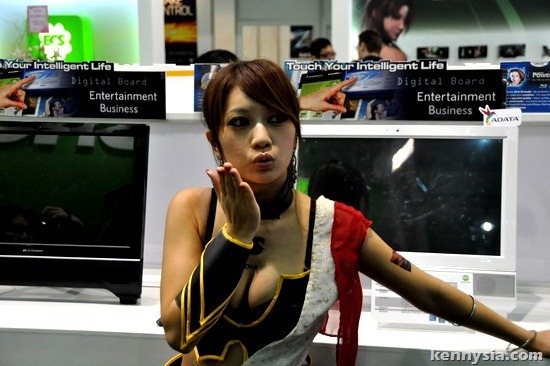 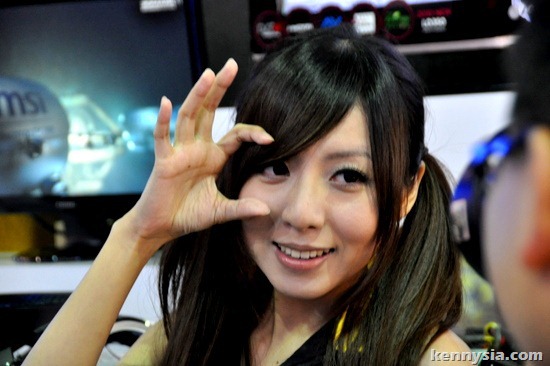 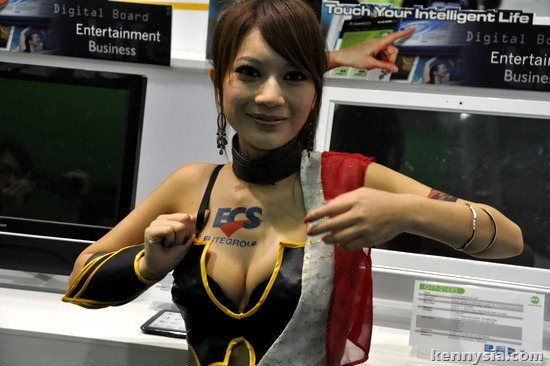 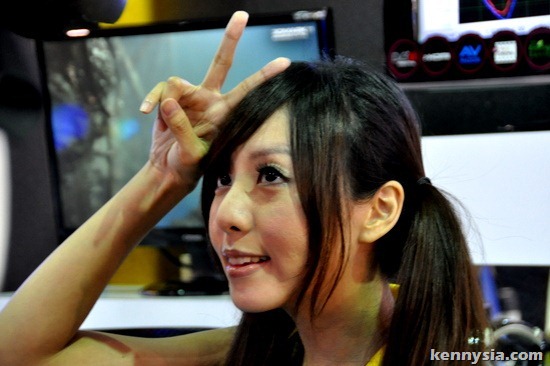