I should have written about this a long time ago, but I completely forgotten about it until I was looking through my photo archives earlier today. 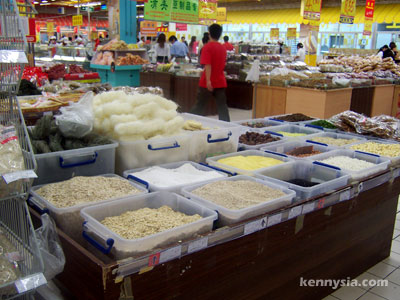 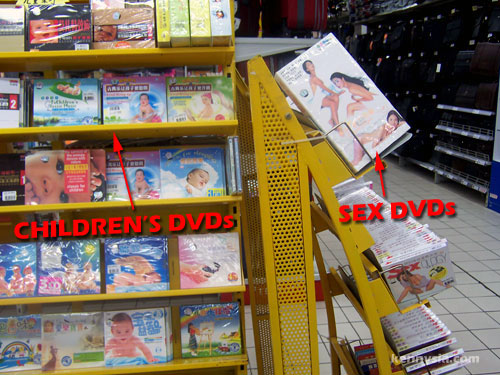 Then RIGHT NEXT TO IT is the sex video collection.
Not sure if they’re trying to promote impulse buying, but I don’t think a lot of people is gonna go there, buy a sex instructional video, then go “Hmmm… maybe I should plan ahead and get a children’s CD while I’m at it.”
The thing that caught my attention, was the cover of this DVD. 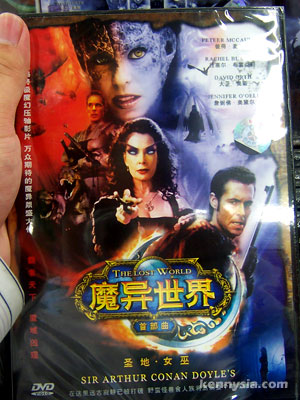 I’ve never heard of the movie The Lost World. I know Jurassic Park 2 is also called The Lost World, but the cover’s not like that at all. In fact, this one doesn’t even look like a movie.
It looks more like some sorta computer game. World of Warcraft maybe? 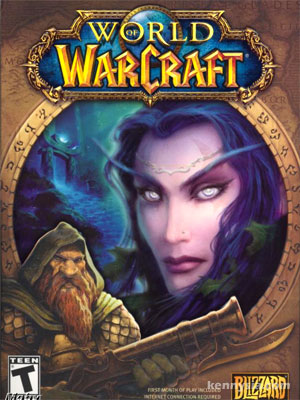 I must’ve missed the period when long eyebrows was in fashion.

Then as I continue browsing, I became more and more suspicious.
I spotted another DVD called Crus of the Aders, which is another movie title not many people has heard of. 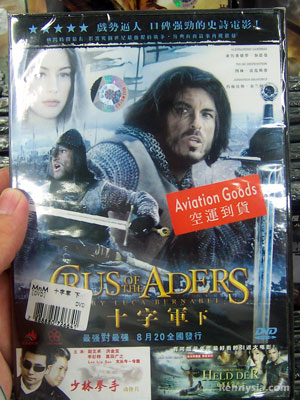 But hang on, doesn’t the way the man poses and holds his sword reminds you of another more recent movie?
Specifically, Kingdom of Heaven starring everyone’s favourite broom stick – Orlando Broom? 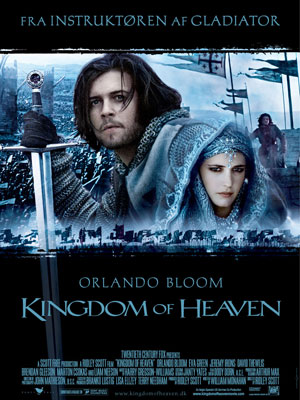 OMG. As if it’s not bad enough selling sex videos in a supermarket, they flipped Orlando Broom’s head and made him ugly! 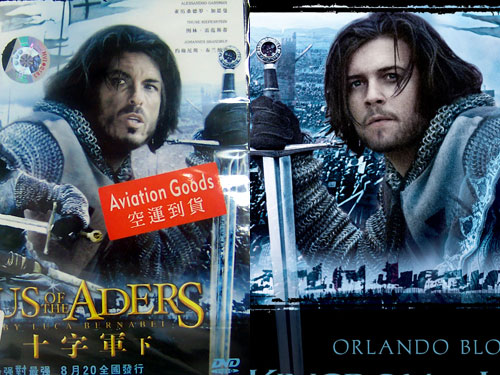 Blasphemy! Will somebody please think of the 13-to-14-year-old teenage girls!
If you think those were bad, it’s nothing compared to this one.
The thing that REALLY took the cake, was when I saw hot Asian starlet Shu Qi on YET ANOTHER DVD I’ve never seen before. 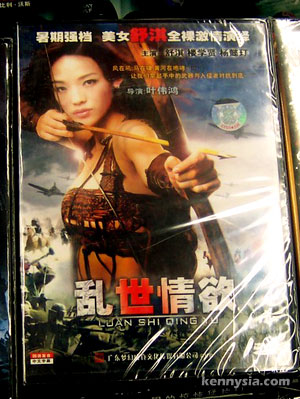 When’s the last time Shu Qi appeared in a movie that require her to hold a bow and arrow in a 17th century rag?
Or is it even a 17th century flick? Because if you look close enough, you could see aeroplanes in the background of that DVD.
And if you look REALLY close, you might think to yourself, “Hey, I’ve seen this somewhere before.”
And you’d be right. 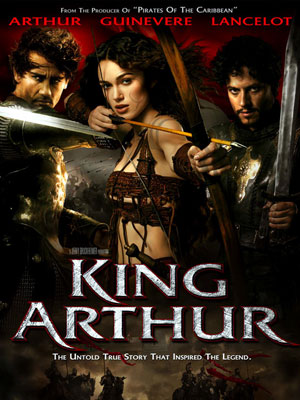 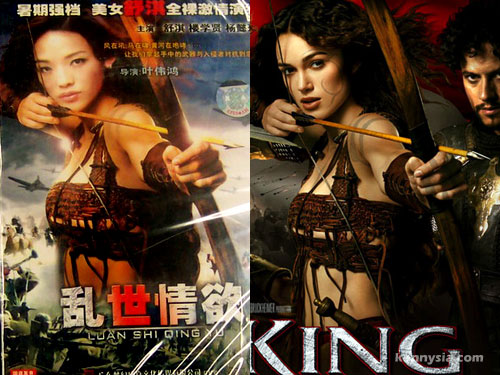 And they even gave her a digital boob job while they’re at it.
How considerate!