A few weeks ago, The Spring shopping mall had a contest to search for the best Santa look-a-like. 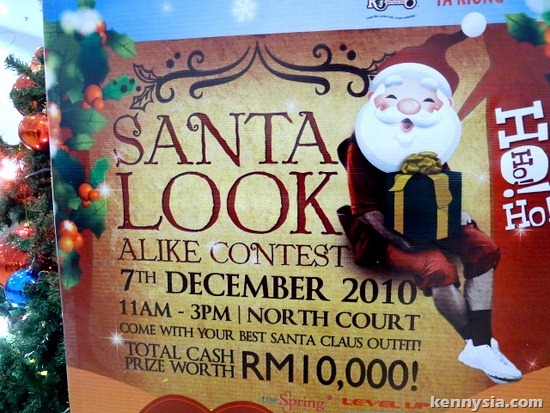 I was involved in it not as a participant, but as an event sponsor. Part of the perk (if you count it as a perk) was that I’ll come on board as one of the competition judges.

Now, I have been involved as a judge for many talent quests – most notably the online model search Malaysian Dreamgirls some 3 years ago. 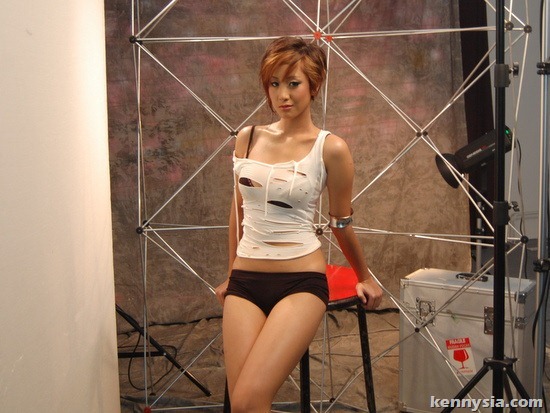 How exactly did I go from being a judge for ten hot girls in skimpy undies to ten fat men in Santa outfits, I have no idea.

Nonetheless, it’s a good fun thing for me to do over the holiday season. 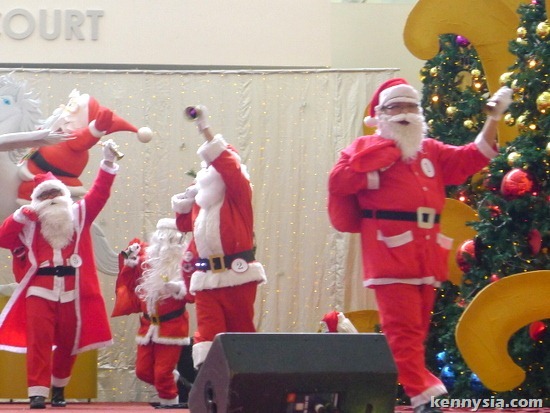 There were many Santas who turned up for the audition that day. 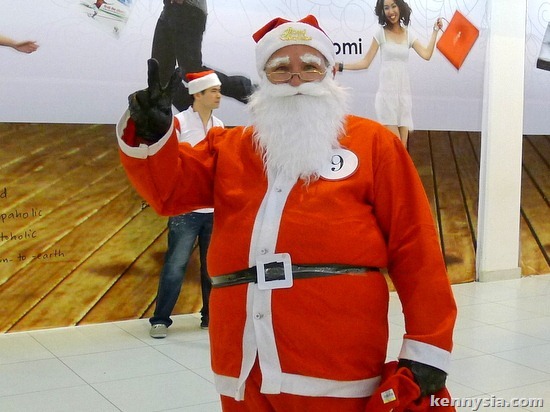 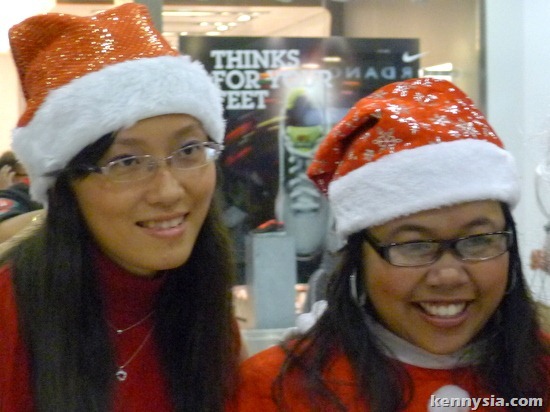 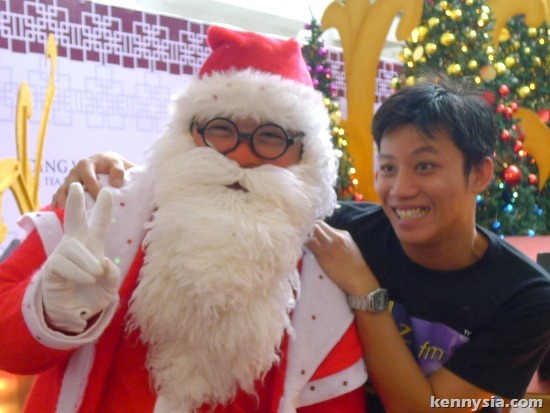 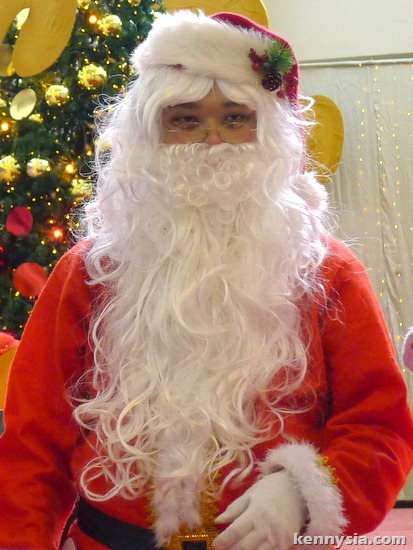 And then there’s this Chao Ah Beng Santa who dyed his hair and beard. 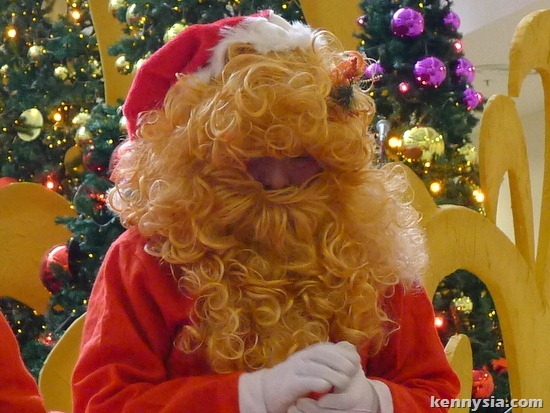 Being a Santa ain’t easy, even if it were just for a couple of hours. The Santas had to be put through gruelling tests set out by the judges. 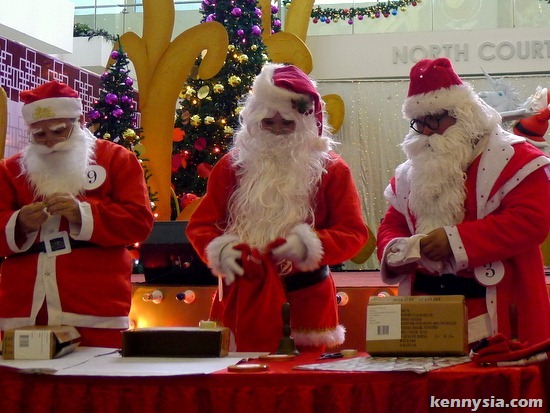 Like wrapping up Christmas presents at the fastest speed possible. 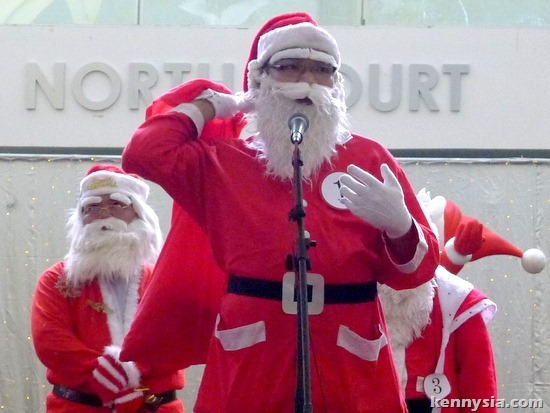 Or singing Christmas carols at their perfect pitch.

But like any true beauty pageants, at the end of the day, it is not the looks but the personality that counts. 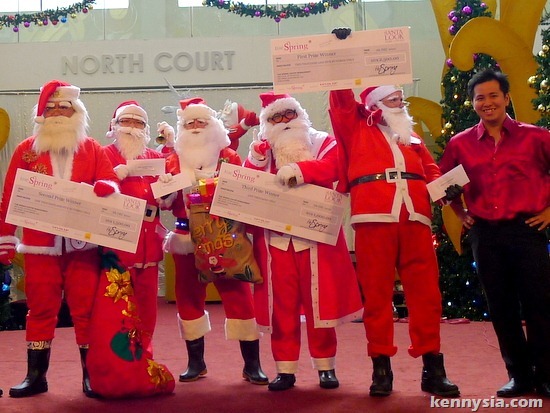 Good jolly ol’ Santa Charles won the first prize of RM2,500 sponsored by The Spring and Level Up Fitness. I also gave him a one year membership, but until today I still haven’t seen him working out at my gym.

Maybe Santa has gone back to North Pole. 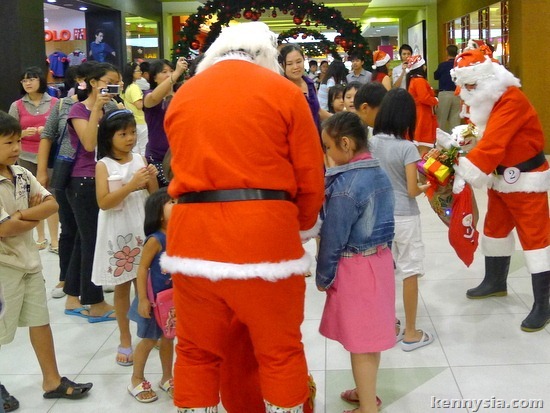 But the real winners are of course the kids who turned up to The Spring that day.

You wanna talk about going home with a bag full of goodies? You gotta see the way those kids swarmed towards Santas.

The parents of those kids are obviously very happy too. 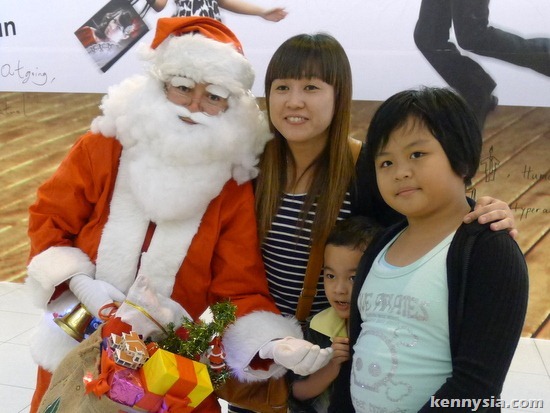 Because they don’t have to buy presents for their kids anymore!

31 Replies to “Too Many Santas”