The biggest news last Sunday was obviously our very own Datuk Lee Chong Wei defeating his arch-nemesis Lin Dan to be come the All-England badminton champion. 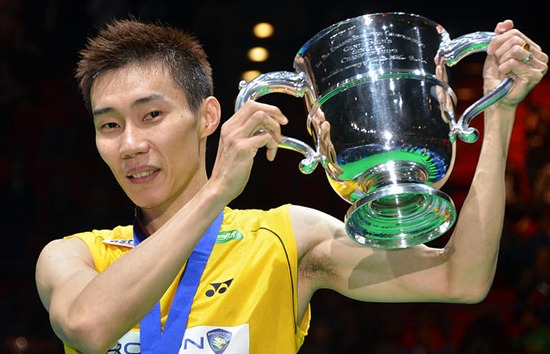 One man is absolutely over the moon over Datuk Lee Chong Wei’s win, and that man is none other than our beloved Malaysian Prime Minister Najib Razak. 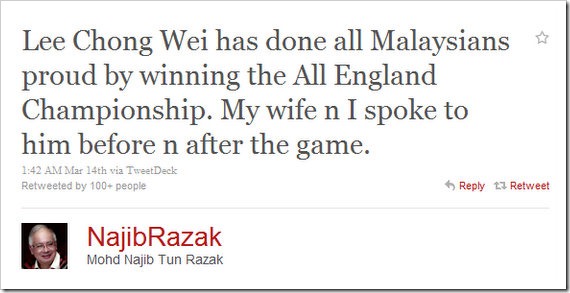 I dunno, but that kinda enthusiasm is inching dannngerously in on man-crush territory.

Sadly, the PM stopped short on making a decision that would make me give him my vote next Elections. 🙁 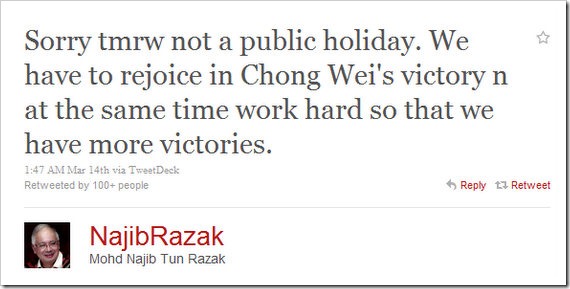 He did promise that he would give Chong Wei something though.

Many have wondered what exactly the government will give Chong Wei. After all, our badminton champion already have a ‘Datuk’ title, a RM300K cash prize from his Olympic win and a RM3,000  monthly pension for the rest of his life.

He got the title, he got the money, I mean… what else could he possibly need right?

Until I saw this.

All of the sudden, the Prime Minister refers to Chong Wei as THE Chong Wei. 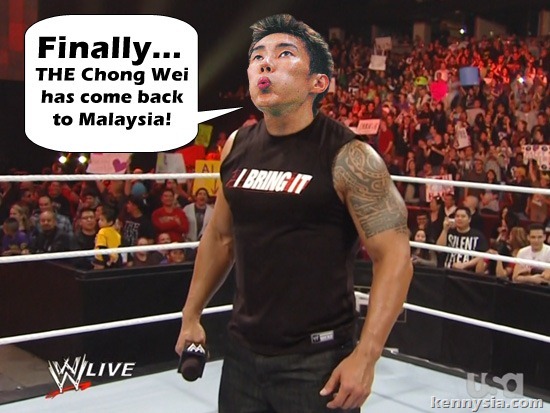 Why settle for ‘Datuk’ when you can be called The Chong Wei?