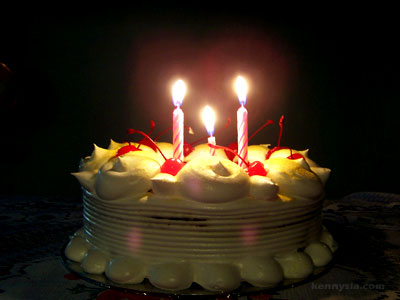 The candles formed a heart shape in the dark. Amazing.

I just got back from my cousin Clare’s 21st birthday party. I might be wrong but Clare must be my only cousin who knows about this blog. It must be about 2-3 year since I last saw her. She has grown up to become so beautiful I barely even recognised her.
Oddly, Clare’s party was also a pseudo Father’s Day celebration. All my maternal relatives whom I haven’t met for a long time were there. At one point in the party, all the fathers present gather around the cake as their kids happily wished them “Happy Father’s Day.”
But my father wasn’t one of them. I envy them. I envy all those whose father is still around. I envy all those who can say to their father, face to face, “Thank you, dad.”
Its been almost 7 weeks since my father passed away on the 4th May. According to Chinese superstition, the soul of the dearly departed still lingers around for 7 weeks, after which he’ll leave forever to a different world. 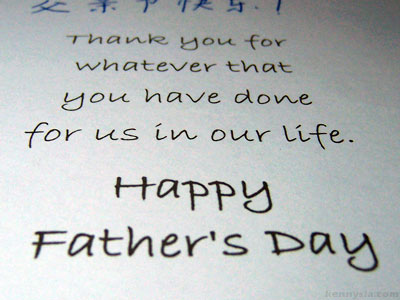 7 weeks already. Feels like its been such a long time with him not around though I can remember the events leading up to his passing as vividly as if it only just happened yesterday.
Its common practise for us kids to call out “Pa chi, Mi chi” (Dad, eat. Mom, eat) as a form of courtesy to our parents when we have our dinner. The day after the wake, I broke my own heart when I called my father to eat eventhough he’s no longer around.
Its been 7 weeks, and I still miss him.

I couldn’t celebrate Father’s Day with my dad, even if I wanted to. 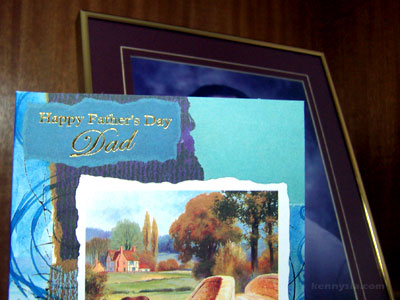