This is where I’m currently staying in Macau. 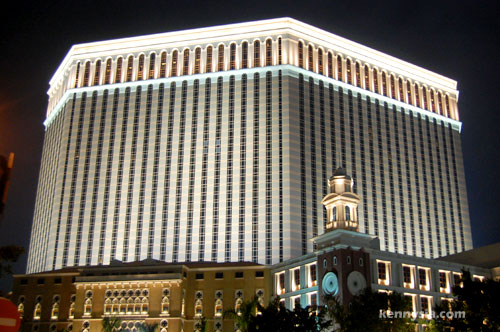 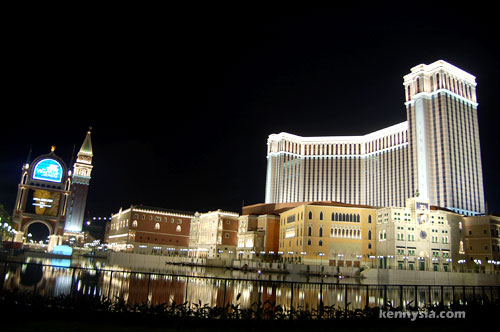 We arrived here late last night, and throughout our stay we were virtually continuously in awe non-stop. It is truthfully unlike anything else we have ever seen before. 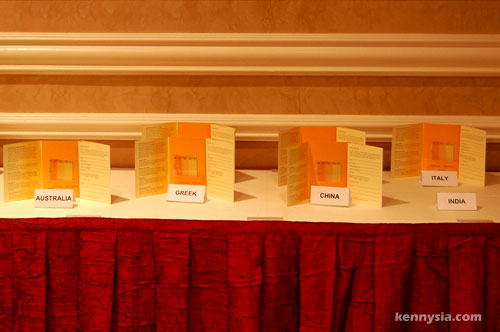 The 13 of us from Malaysia is only a small part of a total of some 1,250 media and news crew from all over the world. We aren’t even the VIPs but already we feel like we are treated like kings.
The hotel suite is easily the most lavish and luxurious I have ever stayed at. 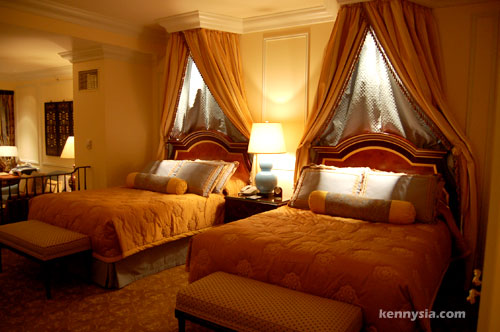 They called it a suite, man. Not rooms, SUITES. 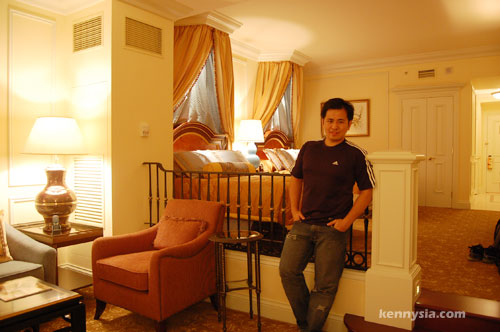 It is the best hotel accomodation my blogging has given me. Considering I have been put up in really impressive hotels like the Hilton KL and Swissotel Singapore before, that’s saying something. 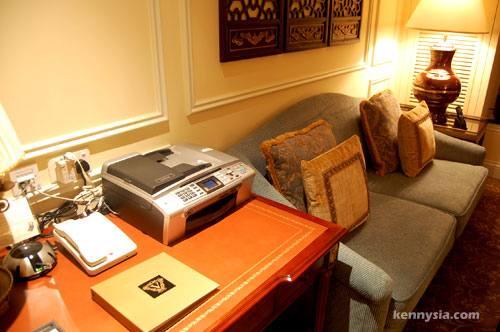 In-room broadband internet is free and there’s even a freaking fax/printer/scanner/copier 4-in-1 machine in the room! And we’re talking about the cheapest room they have available.
This is probably the only chance in my entire life that I’ll be staying here because I’m I would’ve never be able to afford paying for something like this on my own. 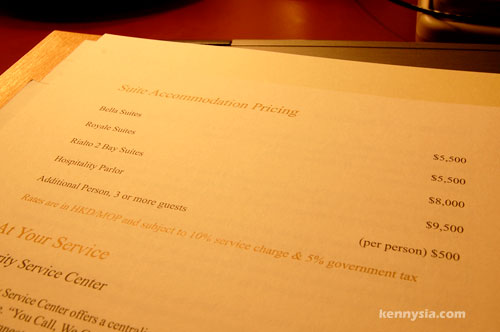 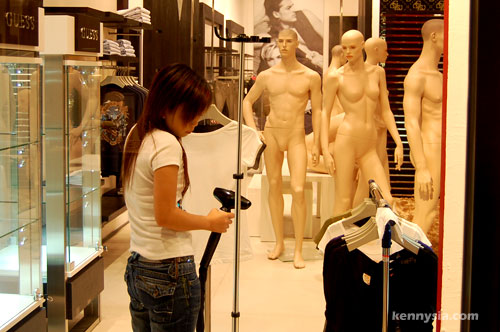 A lot of work are still yet to be done, and clearly the workers have been working frantically around the clock.
The grand opening of the resort is scheduled to open tomorrow, on the auspicious day of 28/08/07. Coco Lee, Hacken Lee, Alan Tam and the Cirque de Soliel are all scheduled to perform. 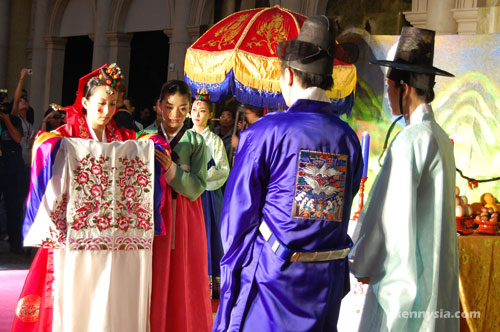 I just witnessed a traditional Korean wedding taking place today. On the opening day itself, there will be three more weddings, one of which will be between a Sarawakian couple. 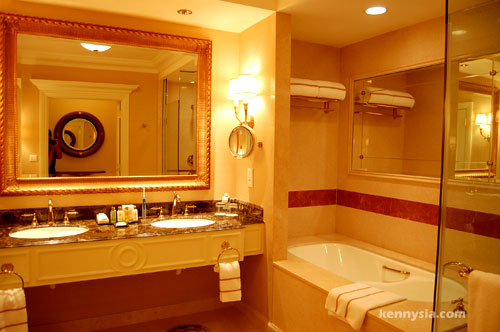 I’ve got a full day tomorrow and there’s a lot more to cover, but rest assured – you’ll read it all at kennysia.com

If you ever get the chance to go Macau, watch the Tokyo Nights dance revue. It’s the best show I’ve ever watched. Partly because this dance show is actually a geisha show. Featuring live Japanese AV actresses. In the buff.
BUT, unlike those nekkid dance you find in Bangkok, this one ain’t sleazy or perverted at all. The elaborate costume, the beautiful choreography, the Japanese pop music, the facial emotions of the very pretty girls (including one that look like Ayumi Hamasaki) made the show so sensual, yet tasteful and artistically done.

97 Replies to “Where I’m Staying These Four Days”