Earlier this month, I turned down an all-expense paid trip to Thailand offered by a major local airline. 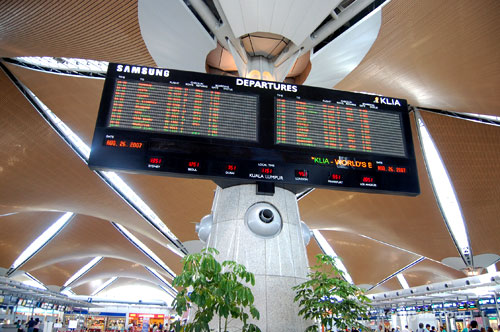 I don’t turn down free trips very often, especially when the three magic words “all expense paid” are involved. But I really couldn’t do it. I would’ve missed too many days off work and I’ve already taken enough annual leave.
Contrary to popular belief, I actually do have a normal 9-6 day job. Just because I don’t write about work on my blog doesn’t mean I don’t work. Besides, blogging about work could mean automatic career suicide.
Actually, the second biggest reason why I didn’t end up going to Thailand was because I was offered another all expense paid trip to Macau. 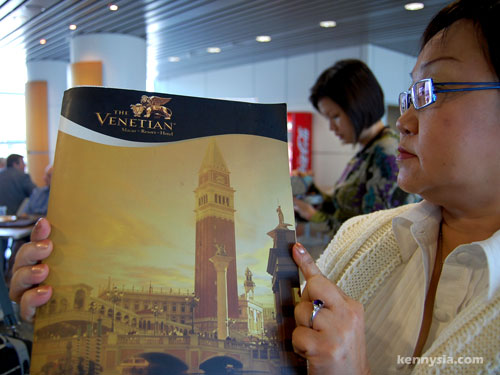 In what can only be described as an unconventional move, the Malaysian media agent employed by Sands Casino’s Venetian Macao decided to pick a blogger out of so many media outlets they could’ve chosen from to cover the grand opening of this new luxurious integerated resort.
When the agent told me about it, I thought she was joking. At the back of my mind, I was thinking “Is this some kinda ploy by scammer Eu Sok Eng to try to get back at me?” 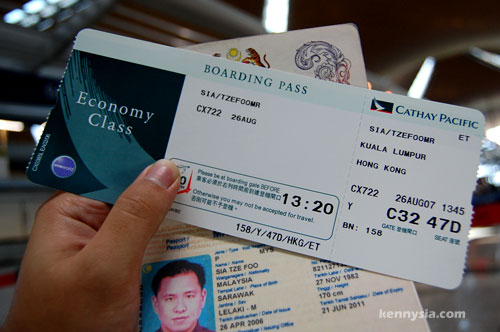 It wasn’t until I was shown the air tickets that I was convinced. “We gotta move with the times,” she said. “More and more people are surfing blogs now instead of watching TV or reading newspapers.”
Behold, the power of blogs! 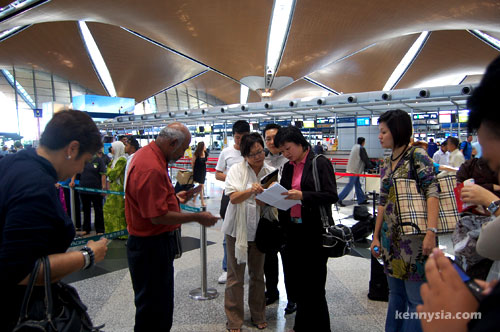 Over the next four days, I’ll be joining representatives from New Straits Times, Eastern Times, The Edge, Tell Magazine, Sarawak Tourism Federation in Macau. Just as they promised, Venetian Macao will be paying for all our travelling expenses.
We feel like such big shots that instead of flying from KL to Macau direct using AirAsia, we took the longer and more expensive route via Hong Kong using Cathay Pacific instead.
Why?
Because our balls are too huge to sit on AirAsia. 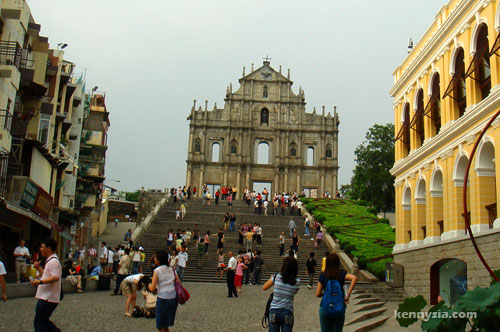 The schedule is kinda packed, but I’m excited. Will update more when I reach Macau. 🙂
*~*~*~*~*~*~*~*~*
Just wanna throw in a quick plug for a Merdeka Day beach party happening at the Camp Permai Beach in Kuching this coming Thursday, 30th August.
Tickets are RM60 each but you can get it for RM50 if you purchase by tomorrow at Patio Cafe @ Padungan or City Jungle @ Travilion. Free flow goes from 8:30pm to 9:30pm! 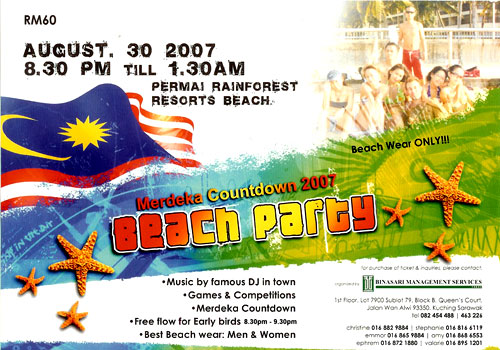 I will be there, so come in your best bitch beach wear.

I’ve been spending a lot of time working on a total overhaul for kennysia.com.
Don’t wanna reveal much now. Suffice to say, I’m loving the new layout. 😉