Lately, I noticed an unmistakable trend in the number of people getting tattoos and other body mods in Malaysia. 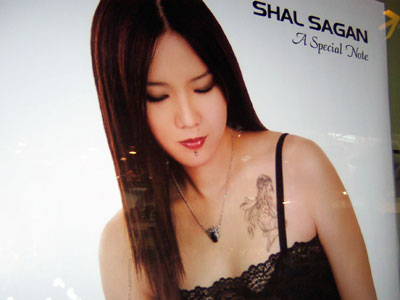 What was previously the symbol of ‘pai kias’ (bad boys) and a traditional rite by members of the Iban tribe, is now a fashion statement among young teens and twenty-somethings. One only need to venture to the nearest nightspot to spot the tattooed forearms, upperback, shoulders, hips and ankles among the revellers there. Tattoos are no longer sported by gangsters (or wannabe-kiasu-gangsters), but by a wide range of people from your local girl-next-door, to your high school teacher, to that high-paying executive of some multinational corporation. Its almost as if every male, female and their dogs are getting tattoos. 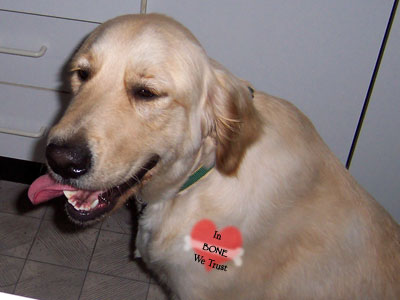 Meet ‘Pie’, Dine & David’s precious dog. No actual dogs are harmed in the process of photoshopping a tattoo.

Speaking of Iban tribal tattoos, do you know that the Iban girls here have symbols tattooed on them indicating their skills or expertise at something (eg cooking)? I thought its kinda interesting. I know tattoo is an important part of the Bornean Iban culture. What I didn’t know that they do it to sort the girls like library books! Would any of my Iban friends like to verify this? Chrissie? Felicia? Heh. I’ve never seen Chrissie’s tattoo myself but I’m sure it has something to do with ‘buying shoes’. 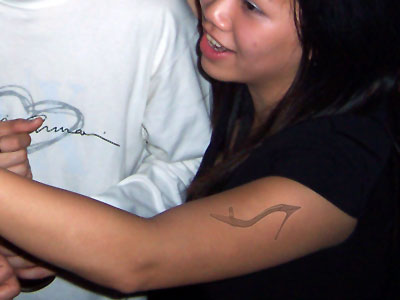 Kenny thinks this might be possibly be the tattoo of Chrissie V.

Not all of them do it for fashion reasons. Some call it art, some do it to record an important period in their life, most just do it without reason and just for the heck of it. Its a case where because all my friends are doing it, so I might as well do it too.
Tattoos are so popular now that people who have tattoos long before they became widespread started to call these new tattoo-enthusiast ‘wannabes’. I haven’t heard much from people who regretted having a tattoo. If there are people like that then they probably aren’t too vocal about it. Most people do get addicted after having their first tattoo, and went on to have the second and third and so on. 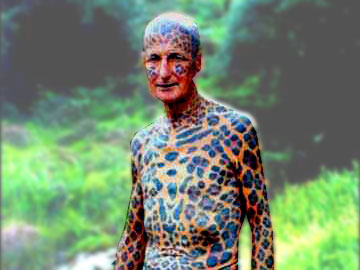 I think he might have gotten a little bit carried away.

I can understand why people would want to decorate their bodies. What I can never understand is why people would want to decorate it something so permanent. Who knows what you want later in life, or whether or not it would impede your career if and when you move into the corporate world where it is traditionally conservative. A wedding planner, for example, would look out of place if she sports a tattoo on her shoulder when she wears a gown to her clients’ wedding, unless of course her clients are members of the local triad gang.
Anyway, this whole fashion-trend-sprouting-from-the-rebel-image thing reminded me of something similar about 10 years ago, when colouring your hair was still considered a rebellious act that only the “bad students” at my junior high would do. The “excuse” given by the teachers was because the lead content in the hair-dyes was high, the school is doing their part by protecting us from possibly poisoning our head. Of course, that didn’t stop them from dying their white hair to black because according to them, they’re dying their hair black so that’s different.
Bah! You know how hypocritical teachers are.
Despite the “warnings” some ten years ago, there seems to be more and more people with red/brown/golden hair than genetic Asian black hair. It was no longer considered an act of rebellion, rather a perfectly socially acceptable form of fashion. To girls, colouring your hair is as normal as putting on a hair band. To boys, colouring your hair makes you look like a member of F4. 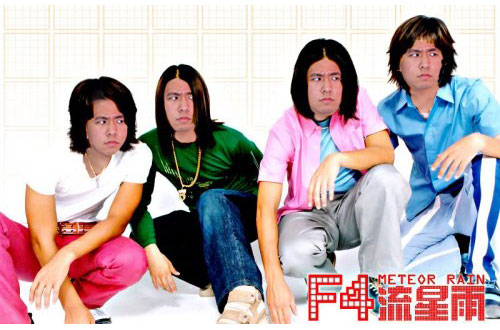 Walking through the streets of Kuching, I can’t help but noticing more blonde heads than black heads. There’s so many Malaysians with blonde hair right now, sometimes I think I’m still in Australia.
Anyway, back to tattoos.
The reason I wrote about this is because a few months back, my girlfriend Nicole said to me that she wanted to get a tattoo. Usually I can just ignore it and she won’t mention it ever again, but I know she’s serious after she asked Joey (a dragon) for information. She even took the effort to go to the tattoo parlour with Tiffy (a flower) to look at some designs.
And I don’t like it.
Now don’t get me wrong, I have nothing against people who choose to get tattoos. There’s a lot of things that I don’t mind other people doing, but I won’t do it myself. Tattoo is one of them, as is smoking cigarettes, taking drugs, cheating on your boyfriend/girlfriend, joining al Qaeda, etc. These are things I won’t approve and things I won’t do myself, BUT if you choose to do it – that’s fine by me – and you won’t lose my friendship over it. Just remember to say hi to Osama bin Laden for me. 🙂
I’m actually quite liberal about tattoos because a good number of my closest mates have tattoos. But this situation is kinda different, because this is my other half, she’s a part of me… and she wants to get some ink on her that can last her the whole LIFE?! What am I gonna do about it?
“Its her body wat. She has control over it.” said one of my close friends in Perth, who happen to have a rose tattooed on her hip.
I tried to retort, “But – what if she got her tattoo and I don’t like it? That means I have to put up with it. For my entire life!”
“The point is that its her body, and she can do whatever she likes.”
True. Good point. But if that theory holds, that means because I own my body so I can do whatever I like with it. I can fly to Thailand, work as a gigolo, Nicole can do absolutely nothing about it because I’m selling my body… MY body! True?
“Besides, if you really love her you have to accept her for who she is.”
That’s besides the point… !
The point is, a tattoo is permanent. The “it can be lasered off” argument wouldn’t work, because laser-removal costs USD$3,000 at the moment and from what I know, hurts 10 times as much as getting the tattoo on in the first place. A tattoo is permanent, and if I were to know that she already has a tattoo in the first place before we got together then maybe its ok, but to introduce a tattoo halfway through a relationship sounds to me like a uh… violation of contract? 😉 I don’t know.
My girlfriend wants a tattoo, and I don’t want her to get one. I’m stuck in a dilemma between giving her the freedom to be herself, and me having to put up with something permanent I potentially dislike. Look, I just hope I’m not crossing the line and becoming a possessive bastard of a boyfriend, that’s all.
Am I the only one in this situation? Are there couples out there who have the same dilemma as I do? Does your partner want to get a tattoo but you oppose to it? Or do you want to get inked but your partner threaten to cut your balls if you do it?

74 Replies to “The Thing About Tattoos”