This is going to be a very difficult topic to write, if it is even possible for me to put it in words. Nonetheless, it has happened and it was the beginning of a very difficult journey for me and my family.

My father has always been a very driven man. One thing he loves as much as he loves his family is his business. When he was younger, my father was very poor. My father grew up in a time when the Japanese was occupying Borneo. In between studying and working, my father also had to take care of the rest of the family whilst his parents were at work. My grandmother used to tell me stories about how little they had to survive on, how having food on the table everyday is a difficult task. Sometimes she even had to "borrow" food from good samaritans. In his family, my father is an authorative figure that his siblings fear, yet respect. 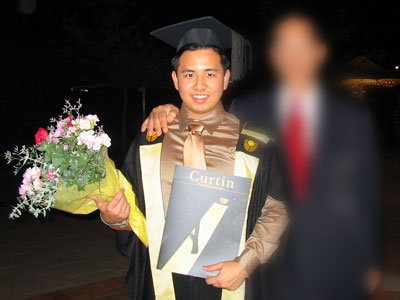 My father is a very smart guy. My mother often told me when my father was a student, he’d always score 100 for his Maths tests whilst his classmates did poorly. His teacher would then scale up everyone’s scores by 10 points. However because my father had already hit 100 points, the teacher would ‘owe’ my father 10 points and add 10 points to his scores in later tests. Unfortunately, my father kept on getting 100 points for his Maths tests right until the end of the year. I saw his end of the year report cards which read: "Maths: 100% + 30%". Unlike the luxuries that I enjoy right now, my father did not have any tertiary education.Right after he finished his secondary studies, he worked as a teacher, a tutor (where he met my mom), an ICI Dulux salesperson, an insurance salesperson and so on, before he established his own company.

Even after his company achieved considerable success in Kuching, my father was relentless in his pursuit for excellence. That is very typical of him. He knows no limits and he would always find an opportunity to explore. He created hundreds of jobs and he shares his success with his less fortunate siblings. The wealth and luxuries that we enjoy right now would never be realised if he were to sit back and relax. I will not be here today if it were not for him. He single-handly turned the family from rags to riches, and these riches are not just one-off. For generations and generations to come, every single person in my family would enjoy the fruit of his labour. And that’s how significant his contribution is. 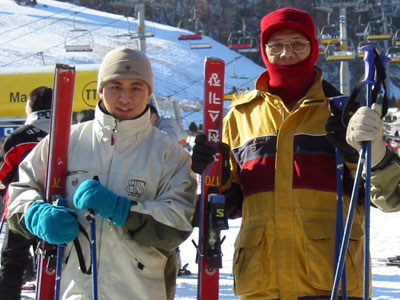 Beginning July 2004, my father began to experience some bizzare symptoms. We all noticed that he lost some weight and was easily fatigued, which we all dismissed as being work-related stress. My mother had to send his trousers to the tailor to adjust for his declining waist size. His company was rapidly expanding into North-East Malaysia, and he would work through day and night. We didn’t think much of it. After all, when he was in Perth he’d usually undergo a series of health check-ups. Usually the results turns up ok or average, but nothing life-threatening. For me back then, my life wasn’t all that interesting. I was working, I enjoyed it, everything’s ok. But its usually when you start feeling that way that life throws you a curve ball. Oh how I wish I can say that everything is ok now.

Up until 26th October 2004, my father had lost a total of 11kg. I still remembered a conversation we had on the dining table. My mother was visibly worried that my father had lost so much weight, and she was telling my father that.
Dad: "Its ok. I’ve always wanted to lose some weight because I’m fat."
Mom: "…"
Dad: "You see Kenny also lost 11kg but you didn’t say anthing."
Mom: "That’s different! He went to the gym and diet like crazy."
I advised my father to go for a thorough medical check-up, he’d already made an appointment for the next day and that was that. We watched Troy together on DVD and didn’t think much of it. 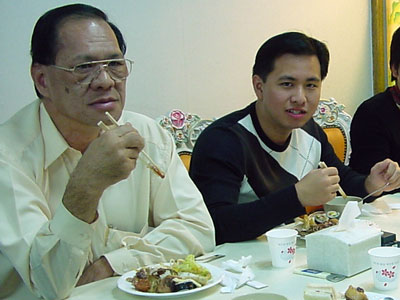 My father was diagnosed with cancer. I was heartbroken.

I can’t describe how I felt. Those who have experienced the pain of being helplessness, and those who have been through the thought of losing someone close would know exactly what I was feeling. Those who haven’t, let’s just hope you never have to go through it yourself.

How? Why? How could it happen so suddenly? Million of thoughts went through my head as I rushed back home. I opened the door, and saw my mom. I hugged her and she couldn’t stop crying and I couldn’t stop crying. Everyone was feeling upset. My dad wakes up from his nap. “???, ??? (Nothing’s wrong, nothing’s wrong)” he said. Ironically he’s the only person in the family who felt positive – maybe he was just putting up a brave face to comfort us and I appreciated that. We watched The Day After Tomorrow on DVD together, but as if I had the mood to watch. 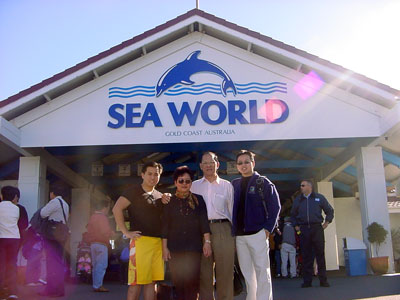 After we watched, we talked. My dad said that the results from the afternoon was very surprising. He did not have the symptoms that’s typical of a cancer, eg. traces of blood in the urine. He described that our life here is a holiday destination. My dad has made the most of it, and he is happy with what he has accomplished. He is glad that my brother has shown so much interests in the family business and that I’m starting to show interest as well. Now that his holiday is almost over, he is happy to pack his bags and leave.

A further diagnosis with CT scanning showed that a tumour the size of an orange on one of his kidney. The cancer had since spreaded to both his lungs. Many doctors have expressed negativity. However, we do not want to keep our hopes down. We’ve all been feeding him with stories of cancer survivors. Sometimes we should not underestimate the power of hope. My family was upset that at 56 years old he’s already facing this situation. 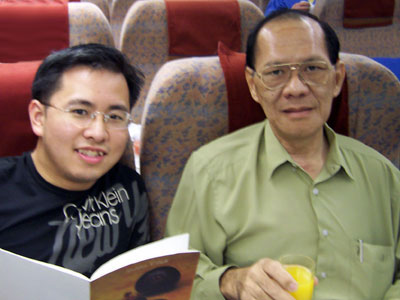 On November 2004, he returned to Kuching for the first time since he knew that he contracted kidney cancer. He essentially said to the company that he founded about his situation. It was an emotional scene, but the last thing that my father wants to see is people feeling sad and thinking that he would not be back. He kept saying that he will be back to lead the company and spend time with family and friends back home.

I felt sorry for my dad. I feel upset because my father has been supporting me all my life from the day I’m born till now. I have only just started working, just beginning to earn my own income, and just when I wanted to start repaying my debts to him, when I received news like that.

Meanwhile, I ask that you treat your parents well everyday. Life is full of surprises. We don’t want to wait till its too late to show our gratitude to our parents.

29 Replies to “The day I knew my father contracted cancer”