Singapore is possibly the safest capital city in the ASEAN region. 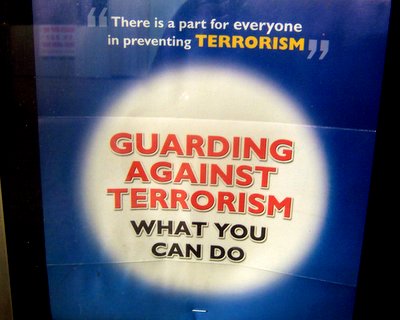 Anti-terrorism is high on the Singaporean government’s agenda. There’s posters, marquees and other promotional materials reminding Singaporean citizens to keep an eye out for suspicious people and objects. 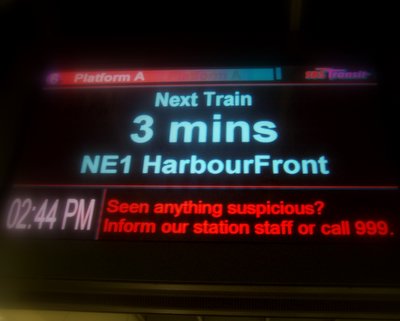 While murder, rape and burglary do occur, those cases are extremely rare, thanks to tough punishment and their effective police force. And the Singaporeans you see on the streets are in general law-abiding, obedient and docile. 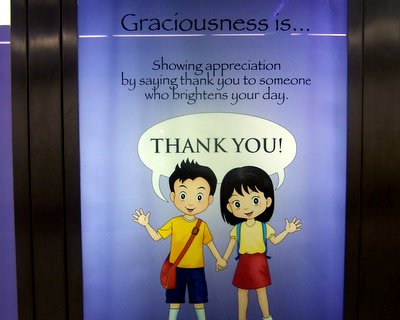 So what exactly is the key to mind-controlling Singaporean citizens? I don’t know, but seems like their government is doing a FINE job at it. 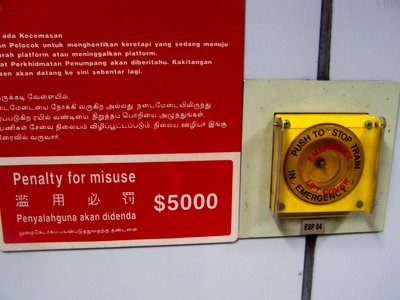 The strategy they employ is clear. If you don’t want your people to do something, put up a big ass poster, put a cross through it and underneath the poster write in big bold print “FINE: SGD$ X AMOUNT” Confirm people will listen to you one.
It is getting a little ridiculous though. Everywhere I go, I noticed all these FINE posters everywhere. Not exactly what I had in mind for Singapore Design Festival. 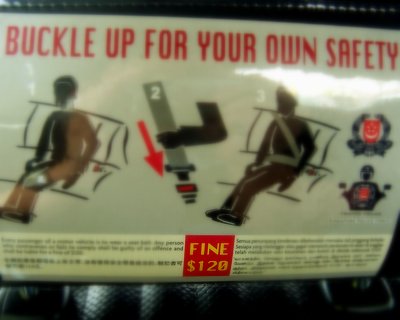 There’s so much of them that the whole city is transformed into one big giant FINE menu. So much fine, I think even al Qaeda terrorists also scared of the Singaporean gahmen.
How much you’re fined is dependent on how much damage you can cause. As spotted on the walls of Singapore’s Mass Rapid Transit (MRT) stations. 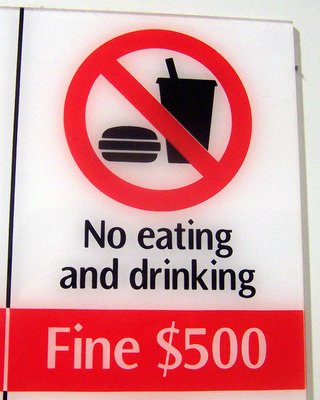 If you drink Cola and eat hamburgers in the MRT, you’re only killing yourself. So fine you little-little only lah. S$500 enough. 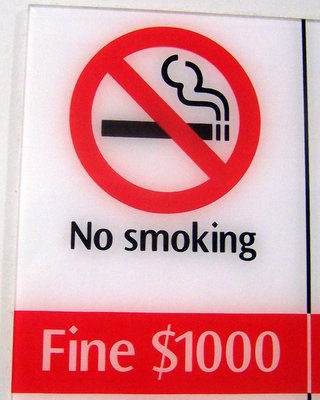 Wanna smoke? Cannnnn… But too bad you’re not just killing yourself when you fag, you fag. You’re killing everyone else within your 5m radius with your second-hand smoke, so boh-pien, have to fine you a little bit more. S$1000. 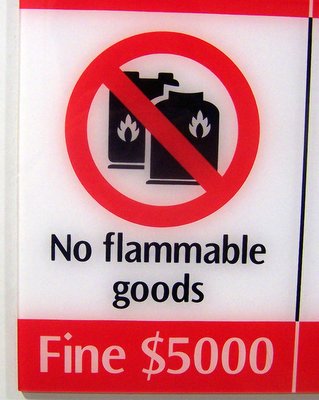 WTF ARE YOU BRINGING FLAMMABLE LIQUID ONTO TRAINS FOR?! Siao ah. Must be to bomb people one. This one must be expensive. Fine you S$5000, you cheebye terrorist.

Then there’s this one that I not quite understand. 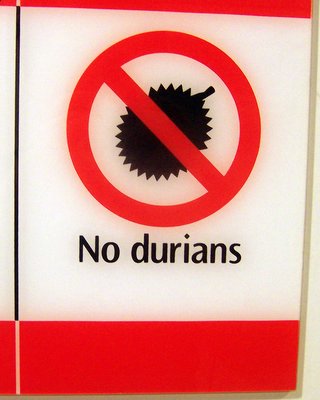 Ok. So it says you cannot bring durians onto the MRT. But it never said anything about how much they’re gonna fine you. Which means if you wanna bring durians onto the train, bring lah.
The police will probably give you his tulan face if he saw you holding two big durians on your hands. Not because you didn’t give him durians to eat, but because he knows he cannot simply fine you.
Still, I don’t understand why they don’t fine people who brings durian onto MRTs. For all you know, the next terrorist from Jemaah Islamiyah could look like this. 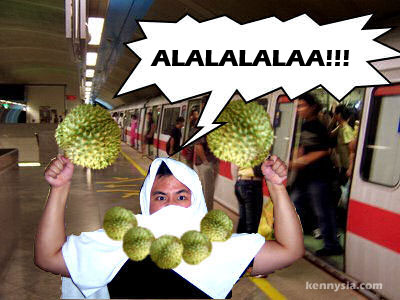 How come Singapore never produce any notable Olympic sprinters? There’s so many good runners here at the City Hall MRT Interchange.
Seriously, I’ve never seen so many people run from one train to the other so quickly before.

208 Replies to “Singapore Very Safe One”