I’ll try not to say Happy Valentine’s Day, because to some, it can be quite insulting. As a matter of fact, nowadays its considered hip to shun the V Day. So I’ll just do it subtly. 😉 Happy Valentine’s Day my baby. You’re far apart but you’re always in my heart. I love you! *muah*

Anyway, here’s another installment of my Reflections on Perth. New readers who have no idea what I’m talking about might want to wander off to the first entry of this memoir. 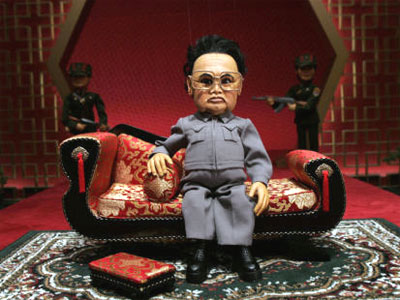 The year was 2002. George W Bush called Iraq, Iran and North "I’m so ronery" Korea the Axis on Evil (cue Darth Vader’s Theme Song), despite him being nearly choked to death due to an evil pretzel. Brazil won the FIFA World Cup in Japan/Korea. The war in Afghanistan raged on. With the US and Australia doing so much, I feel very "safe". Meanwhile, snipers are randomly killing people in the States. Then on 12th October, car bombs exploded outside popular nightclubs in Bali, killing 202 people, a majority of them Australians.

It has been a year since I got together with Nicole. Over the past year, although we had our ups and downs, everything seems to be pretty ok. I was in Kuching at the end of 2001 during my University break. That’s when Nicole told me that she’s flying to Kuching to visit me. It was a sign that the relationship was ready to be taken to the next level. Previously, our contact was limited to just the internet and the telephone. As anyone who had dated their penpals or had an internet relationship would know, meeting your partner for the first time is a very big thing. Would appearance matter? What if she’s ugly? Scratch that. What if she thinks I’m ugly!? After all, I did put on a whole 15kg since I last sent a photo of myself to her. And besides, I’m the one who choose which photos to send to her. She would think that I look like Legolas when in fact I look more like Samwise Gamgee. 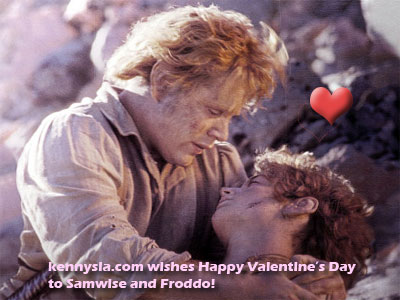 I was overwhelmed to be meeting Nicole for the first time. I was determind to make a good first impression. So I had my collared shirt, my best jeans, best shoes and a bouquet of yellow roses waiting in the car boot ready to surprise her. We finally met face-to-face at 8am, 3rd December 2001 at the airport. I hugged her, she didn’t hug back, and that’s when I realised that I had accidentally stepped on her feet.

So much for a good first impression.

My mother had her suspicions, but she never knew I was dating Nicole for the past one year. In my family, my father’s attitude towards me has always been a relaxing "you can do whatever you like as long as its not too damaging". My mother, on the other hand, is the Worrier Princess. A typical traditional Chinese mother, she would worry about every single minute detail of every single thing in my life. That’s the reason why I think its a bad idea to tell her that I have been dating some KL girl I have never met, over the internet, who happen to be a year older than me and speaks no Mandarin. As far as she’s concerned, people who chat on the internet are all the ä¸ä¸‰ä¸å›› bù sän bù sì type (literally: "not 3 not 4". meaning dodgy people). 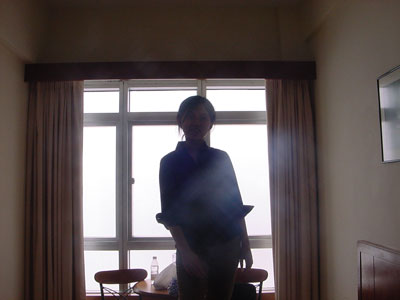 Anyway, my mother has the habit of skillfully sneaking up to me innocently when I am, say, watching some VCDs. First, she would talk about some mundane stuff like the aunty she met at the Sunday market, then all of the sudden she would steer the topic towards girls. "Kenny ah! You have to choose the correct girl ah! It will affect your life ah! Bla bla bla bla bla…" So I figured, ok lah! No use hiding about me having a girlfriend anyway. Besides, unlike my first girlfriend, I’m serious about Nicole.

So one evening, I decided to bring Nicole to my place. I approached the front door with her, and my mother opened the door for me. She saw this unfamiliar girl, and I said to her "Mi, this is my girlfriend Nicole." Her jaws dropped, followed by her signature ‘pai-seh smile’. Nicole muttered softly "hi aunty". And then it happened. Right there on the front door, the interrogation started. "Where are you from?" "How old are you?" "What are you studying?" "Which school?" "You cannot speak Mandarin ah?" "What dialect do you speak?" "Bla bla bla…". My poor girlfriend was interrogated for a full fifteen minutes on the front door of my house before she’s even allowed to take off her shoes and come in.

Other than that, everything else went well. My father greeted her with a smile. Before I left for Perth, I stopped over in KL where I met her family. After that, its another five months of long-distance separation maintained by phone calls every evening. 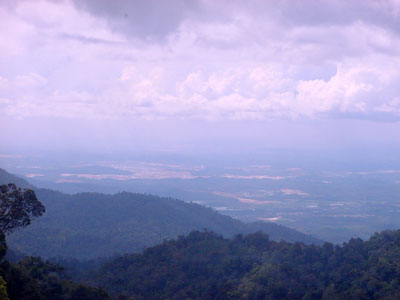 These international phone calls don’t come cheap, which is why I had to work again to finance this habit. With ISC out of the way, I finally have a lot of free time to hit the gym and so on. So I started tutoring high school students again. Only this time, I decided to do it big. Canning College is a high school located near my place that’s catered towards international students and local mature-aged students, but obviously I don’t care about that. To me, all I see was $$$. 😉 I received a phone call from two girls by the name of Elvina and Charlotte, who coincidentally are both from Kuching as well. And just that, and through word of mouth, I began taking in more and more students. Some come and go, but I took in around 15 students a week at my peak, which translates to a week’s earning of about AUD$200 to AUD$300. That’s pretty handsome for something I did part time.

One of the best things about tutoring students from Canning College is that you get to interact with students from all over the globe on a more personal level. There are a few memorable ones. Apart from a few local Australians, I have tutored Malaysians from small towns like Sibu to big cities like KL, a couple of Singaporeans including one who drives a Boxster 911, a young English soccer player who insisted on going topless and showing off his six-pack during class, a girl from Beijing who always put on heavy make up, an American living in Australia, one very rich Indonesian and his Vietnamese girlfriend, an even richer Italian with his million dollar house by the Cottesloe Beach, and on the opposite side of the spectrum, a Muslim student from Somalia who is very smart yet financially poor. 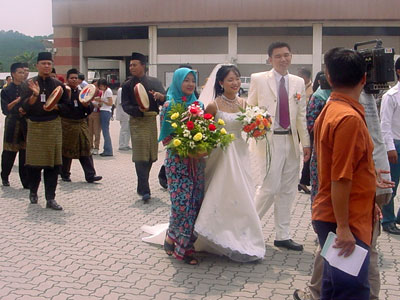 I met up with Nicole again in June. My sister and brother-in-law were getting married and we had a unique two-day wedding reception spanning from Kuching in Sarawak to Bentong in Pahang. Now, Bentong is a very small kampung (village) where everyone knows everyone. The wedding reception was definitely unique to say the least. It was held in a school hall. Apart from the usual yamsengs and all that, the programs for rest of the night was actually filled with karaoke. Mind you, its not just any karaoke. Its karaokes for the UNCLES AND AUNTIES! Seriously, there were aunties the age of my mother who got on the stage and sing! I had to put on my sincerest smile and clap hands when in fact, I feel more like throwing out a one-liner from Simon Cowell. If that’s not enough, someone actually brought a television to the hall and watched Brazil Vs Germany for the World Cup final! Near the end of the night, everyone had forgotten about the bride and groom!

By then, Nicole had already made her decision to study in Perth. Obviously, I was ecstatic. One thing for sure is that I no longer had to spend my money on international calls. And finally, I can at least start having a real relationship instead of all these long distance crap. 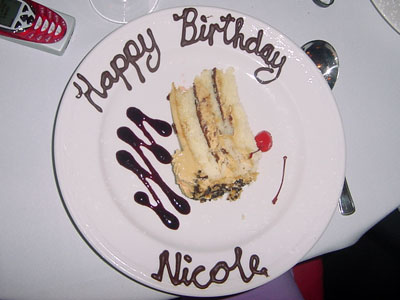 The first thing we did was to sort out her accomodation. We owned our house in Perth. My father usually stayed in Kuching whilst my mother would commute back and forth, usually spending more time in Perth together with my brother and me. I asked permission to have Nicole move in with us.

My mother, being the traditional Chinese mother that she is, had very clear terms about letting Nicole live with us. She is willing to let Nicole stay for free, provided that she helped out with more than her share of the housework and cooking. Nicole was obviously willing to help out. But at the end of the day, she was still a student who have assignments to complete and exams to cram. It didn’t help the fact that she’s new to this country and had virtually no other friends at all.

A typical day for me at the time looks something like this: Wake up, go to uni, go tutoring, go home, hear mom complain about Nic, hear Nic complain about housework, sleep. World War 3 I tell you, with Kenny stuck in the middle of a crossfire of tears, tantrums and torture.

Note to self: Never ever let your girlfriend live with your mother. No matter how nice they are to you, they are never going to be nice to each other.