So here’s more of me reminiscing the good ol’ days. I know these will be very dry and uninteresting reads and I’ll probably lose whatever pitiful amount of readers I have left, but its important to me to write it down because its a memoir, things that I still remember now and I don’t want to forget when I leave Australia. I seriously don’t expect anyone to read it, much less comment on it. So please bear with me while I write my thoughts down. 🙂

Note once more that the images are mere placeholders and is not related with the text in anyway. I’ll scan appropriate pictures in once I return to Kuching. 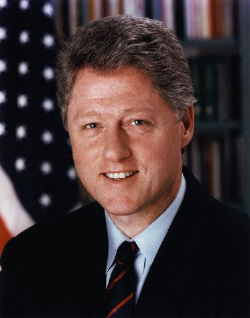 The year is 1998. Viagra was released on the market, giving spam e-mailers something to annoy people with. BJ Habibie became Indonesian president, which I still think is the cutest name for a president until Susilo "Bang Bang, you’re dead" Yudhoyono comes along. Gossip mags were still talking about Princess Diana. And Bill Clinton said "I did not have sexual relations with that woman, Miss Lewinsky."

Year 12 in Beaufort College were more or less the same for me. I was still a target for bullying. I was still having my silly little crush on Vicky. And the friendship I shared with my gang grew stronger by the day. 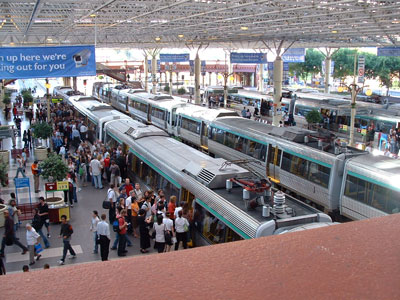 At 16, I became more aware of the social ills around me. Sex, drugs and gang fights were still new to me and to hear about it happening to people I know at high school was a rude awakening. One of the more amazing ones I’ve heard is this. In the boarding house at school, the girls stayed on the 2nd floor while the guys stayed on the 1st floor. Girls are not allowed on the guys floor and vice versa. So in the middle of the night, the girls would go out to the balcony, climbed over the railings and dropped down to the guy’s balcony, have sex, then climbed back up onto 2nd floor again. Truth or urban myth I have no idea, but that’s what they say™ .

There’s on little incident happened that year that puzzled me. I caught a not-so-close friend of mine crying in the men’s room. When I asked him what’s wrong, he said "My stupid parents lah. They wanted to cut my allowance from AUD500 to AUD200 a week. Crazy lah! How can I survive?". Yes, it must be very difficult to survive on a AUD500 a week budget, considering you spent AUD50 from arcade games, AUD200 in the casinos and the rest of the money doing God knows what. Some people have it too easy. 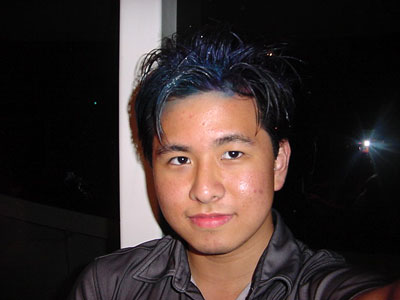 Something amazing happened to me mid-year in 1998. For reasons I can’t explain, I suddenly lost a lot of weight. Around the same time I ditched the glasses that I wore religiously for the past 5 years and went for contact lenses. Suddenly there’s chatters about some girls liking me or something, though I did not pay much attention to them. I went to our high school prom night wearing an expensive *cough*hired*cough* suit. Next thing I know I was actually nominated as the Beau of the prom. Seriously, if you were to say to me 12 months earlier that I am Beau material, I’d laugh at you showing my crooked teeth and double chin. I didn’t win, though I did get to dance with a very pretty Year 11 girl from China. It was my first time holding a girl I don’t call ‘Mom’ so close to me, so that was interesting 🙂 – except I don’t even remember what her name is now. 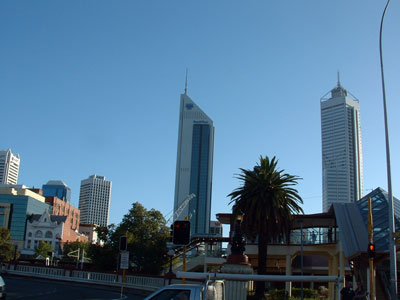 I had a major argument with my parents regarding the choice of my career. "This is my life and I can choose what I want to do. All you think is yourself and your business, what about me?" These are stinging remarks I said to my parents and the thought of it hurts me till today because my father actually still remembered what I said. I told him that I wanted to study a technology-oriented course at University. Being a entrepreneur himself, he’d rather see his son study Commerce, be his right-hand man and take on the family business. My father replied, "Doesn’t matter if you don’t want to study Commerce. Doesn’t matter if you don’t want to take on the family business. I can always sell the business off anyway. I can’t take it with me to my coffin." Considering the circumstances now, I really wished he didn’t say that. 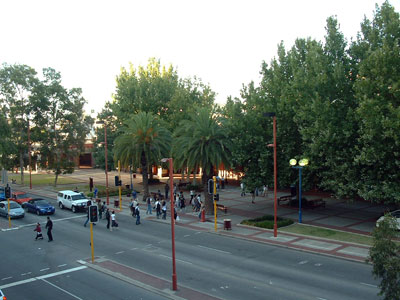 Academically I didn’t do too bad, since I was one of those boring straight-A students that everyone hate but parents like to rave to their auntie-auntie friends about. I graduated from Beaufort College as the DUX of 1998 after achieving top marks in all four Maths and Science subjects, did my parents proud and secured the title as the uber-nerd of the nerds. The DUX title did do me some justice though, because the bullying stopped almost immediately. The first time I bumped into Hazis after I won the title, he actually said hi to me. Apprently you gained some sort of temporary celebrity status when you’re DUX. 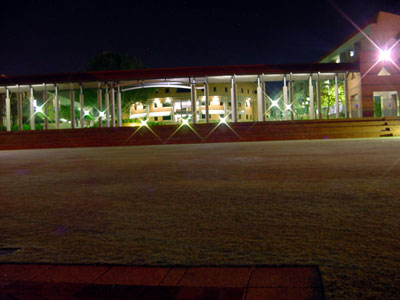 It didn’t seem significant when it happened, but when I returned to Kuching that year I was appointed an ambassador (fancy word for "marketing tool") for Beaufort College. The consequence of this was that I was introduced to a girl called Wendy. Wendy is my age, studied at St Theresa and was about to do Year 12 in Beaufort soon. I was asked to help polish up her Maths skills, so I started to tutor her. With her being from an all-girls school and me being freshly officially rejected by Vicky after I confessed my feelings to her, my relationship with Wendy blossomed quite rapidly. It was actually her that introduced me to mirc and the channel #ironic which we would use to keep in touch when we’re not *ahem* studying Maths. Anyway, ugly things happened between Wendy and I in the end, but the fact that I knew about #ironic actually became important later on as it was through that channel that I met someone who virtually changed my life.