Alright, here’s a serious post for a change. I won’t be updating for a day and here’s why. 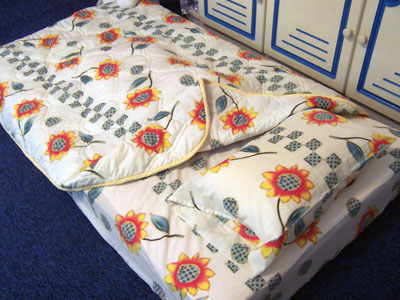 I was sleeping in my father’s bedroom last night because I was supposed to be taking care of him. My dad’s health was good a while ago but lately he seems to be getting weaker due to loss of appetite. He’s so weak requires assistance to walk around the house. Despite that, my father is still quite determined and had tried numerous times to walk on his own.
All I remembered last night was that he woke me up once to ask me to assist him to the bathroom. What I didn’t know is that later in the night he attempted to walk to the bathroom again, without alerting me.
When I woke up at 6am this morning to check on my father, I was shocked to find a maroon patch of blood on his forehead already hardened. Needless to say I panicked. 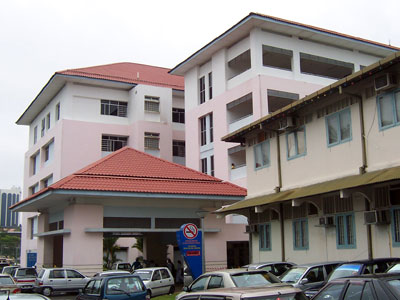 Apparently on his way back to the bed, he tripped and knocked his head on the wardrobe. Being the man that he is, he pulled himself up and walked back to his bed sleeping with a gaping wound on his head, whilst I was still snoring like a pig.
I know my closest friends get really concerned when I write about my father. I sincerely appreciate that but gee, seeing you guys all so worried makes me feel kinda bad. So I disabled comments for this entry. Instead, I’d like to assure you by saying that relatively speaking, my father is still ok. 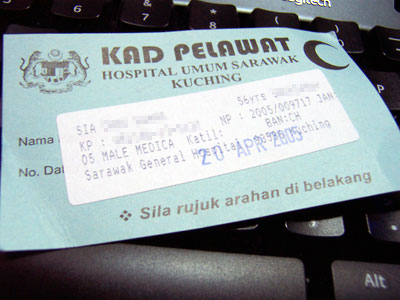 My father is in Sarawak General Hospital right now. The gash on his forehead was already stitched up but he has to stay there for another one night (well hopefully just one night) because of other health complications. In an hours time, I’ll be returning to the hospital to pull an all-nighter caring for my father – which naturally means I can’t update this site.
Please do check back tomorrow.

One Reply to “Pulling An All-Nighter”