Previously in Prepaid Wars, we arrived at a cliffhanger ending when our three competing telcos tied up with three points each in their round-of-six battle for supremacy. 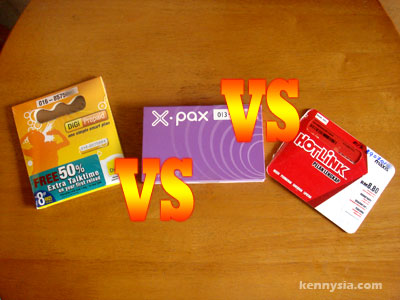 I got a few things to say after reading the comments from my last entry. The first is that for “normal” users, you’re not gonna find much differences in the call rates across all three prepaid telcos. That’s why I only focus on the extras provided by the telcos.
The second is that I can’t measure network coverage. Sure, I can put three different SIM cards in three different phones and drive up from Kuching to Tawau then swim to Kuala Lumpur, but signal strength is affected by many other factors like phone design and surrounding environment. 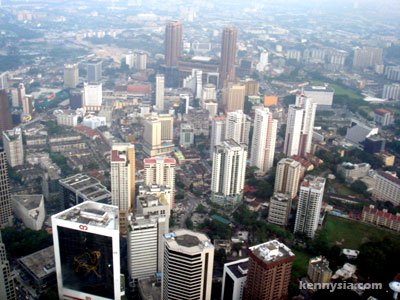 From what many people are saying: Celcom has the best coverage, Maxis is moving on par with Celcom and Digi’s coverage sucks the most. My friend Jojo uses DiGi Prepaid and lives in the popular residential area of Batu Kawa. It’s tough to get in touch with her because the poor girl can only get a signal in her kitchen and not in her bedroom. So much for their so-called “wide coverage”.
In any case, it’s an intense toss-up between three bloodsworn enemies as we arrive to the finale of another episode of… 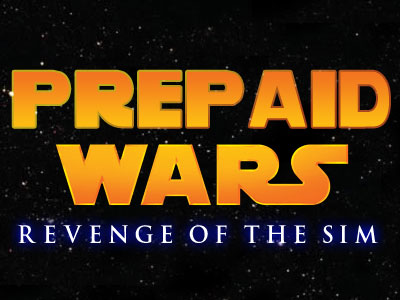 Round Four: The Kiasu Marathon Caller
You are a Kiasu Marathon Caller if you send lots of SMS or talk on the phone for more than say, 20 minutes a day.
I knew a guy once who could talk on the phone with his girlfriend for 7 hours straight. That’s pretty impressive considering most guys I know don’t have an attention span of more than 10 minutes, unless it involves sex.
If your girl is the weird kind who finds long-windedness in a sensitive new age guy desirable, then this is for you.

If you’re a moderate user, it doesn’t matter which telco you choose because at the end of the day the their rates are pretty much the same. If you’re a heavy user, both Hotlink Total and Digi Prepaid offer better discounts if you spend more than a certain amount.
Without needing to spend a minimum amount, Xpax is already 38c/min if you call to other Celcom numbers. Xpax is however, more expensive if you call to other networks. DiGi’s rate starts off at 48c/min but drops to 38c/min if you spend more than RM30 a month. If you spend less than RM6 a day, Hotlink is just slightly more expensive than the rest. 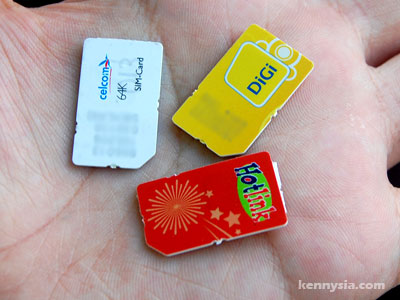 But what I like about Hotlink’s Total Plan is that on days which you don’t feel like spending much, you can choose to call less or not to call anyone at all. On the days that you wanna make more calls, you can do that and save up to 50% compared to the rest once you spend more than RM6 in a day. Unlike Digi, you don’t have to wait until you hit RM30 in a month before you qualify for a lower rate. Out of the three, only Hotlink gives you that sorta flexibility.
For the winner of Round 4, my pick is simple. 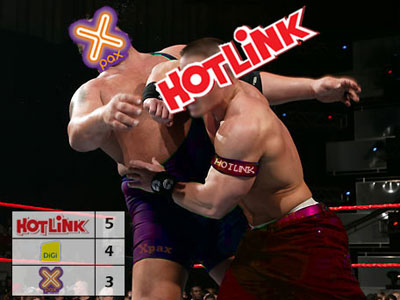 Round Five: The Eager Freeloader
You are an Eager Freeloader if you sign up for a new prepaid number just to enjoy the privileges and benefits that comes along with it. There are some crazy people who sign up with all three telcos just so they could get special treatment to the events these telco sponsored. 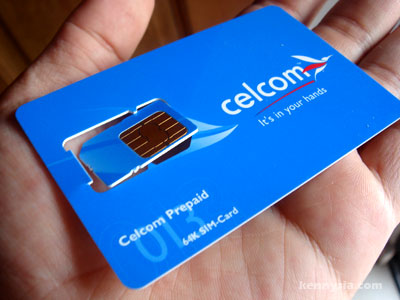 Celcom Xpax’s starter pack is the cheapest. At RM5 per pack, it comes with RM2 free airtime.
They don’t seem to sponsor a lot of notable concerts in the past. But if you’re a movie buff, you should be happy with their range of movie memorabilia from Casino Royale, King Kong and that Matrix knockoff from Bollywood called Don. 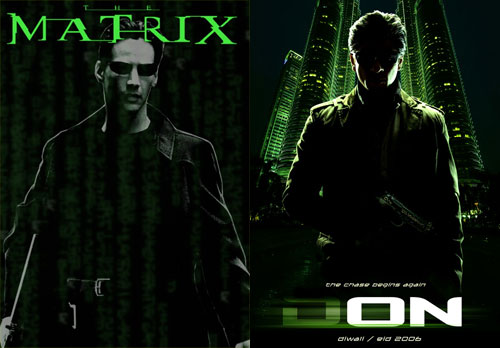 You don’t get a lot of benefits like discounts and privileges as Xpax subscribers apart from movie posters, ringtones and stuff.
Digi Prepaid Pack costs RM8.50. It includes RM5 free airtime each month for 4 months if you top up every month, and 50% extra airtime on your first reload. I guess that’s their way of enticing their customers to actually use their product. 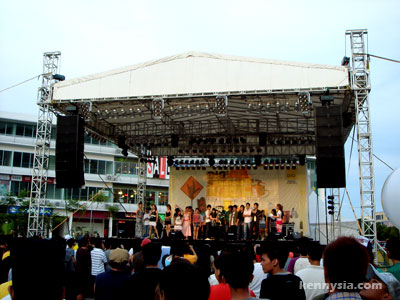 Digi does sponsor a fair bit of concerts, though unfortunately they’re mostly from B-grade South-East Asian artistes like Tata Young and Denise Ho. However, Digi deserves some credit for supporting local indie acts like at the recent Digi Streetblast and the Malaysian Idol-inspired singing contest called Digi Celebriteen. 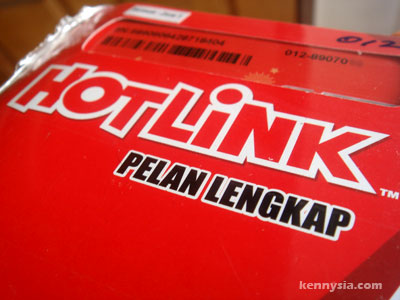 Hotlink Total Plan’s Starter Pack costs the most among the three at RM8.80 per pack, but it gets you started with RM4 credit and a whopping 500 SMSes to any Maxis number.
And when it comes to concerts, hohoho… Hotlink has got all the big names covered. We’re talking about international A-listers like David Tao, Pussycat Dolls, Eason Chen, Twins, Justin Lo and so much more. 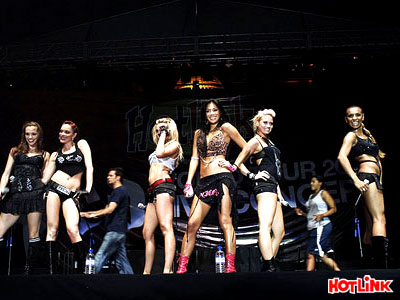 It’s enough to make any fat pimply teenage girl cream her panties.
This one, is a no-brainer. 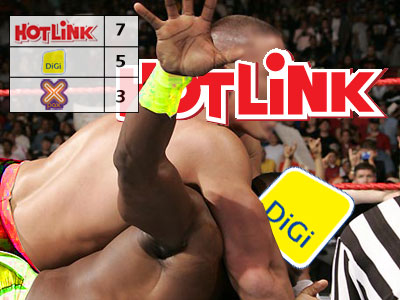 Round Six: The Diehard Loyal
They say its easier to keep an existing customer than to recruit a new one. In a market where the fight for that elusive slice of pie is intense as this one, all three telcos are doing all they can to reward their long-serving customers.

Celcom Xpax‘s loyalty benefit is whereby the longer you stay with them, the more free credits you’ll get.
Digi Rewards is based on how much you topped up over the period of 4 months. The more money you spend on reloads, the more free credits you’ll get. Digi also has this cool deal where you can get 50% extra credit if you top-up on your bithday.
Hotlink’s Club Rewards is based on points system. 100 Reward Points can be redeemed for either RM1 airtime or 50 free SMSes. Every RM1 top up earns you 2 points. That’s 1 free SMS. 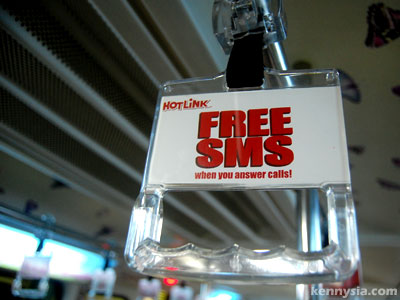 Just a few weeks ago, Hotlink unveiled an even more unique way of earning points. They call it the Call-Me Bonus, and you can earn points just by answering your calls. The longer you stay on the line, the more reward points you get.
If only scoring points is that easy. Those freeloaders don’t even have to spend a single cent to collect points and redeem free airtime and SMSes.
Next time I get a missed call from a 012 number, I’ll know got ulterior motives one. 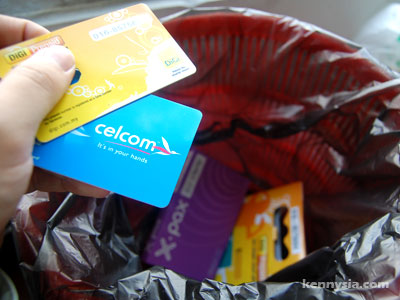 When it comes to dishing out rewards, it is Hotlink’s package that stood out brilliantly from the rest. With Celcom and Digi, you gotta wait at least 5 months before you could redeem anything. With Hotlink, their rewards are almost instantaneous.
It’s hard to argue with this one. 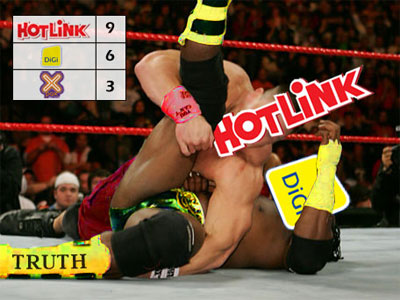 Final Thoughts
It is true that not one telco provides the best plan to suit all different kinds of user. 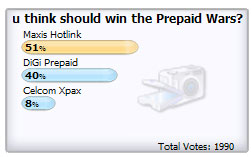 What’s clear to me is this. If you call Celcom or fixed line numbers often, Xpax suits you best. If you call outstation numbers often, Digi suits you best – though I must admit I have been hearing too much complaints from Digi customers about this telco’s spotty coverage.
Hotlink’s pricing structure is so complicated, I’m surprised they don’t offer a bachelor’s degree program on it at our local universities. No wonder Digi’s One Low Flat Rate campaign is gonna win over the average customers confused with Hotlink’s complicated pricing structure. 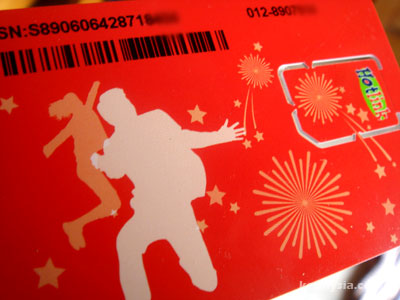 But the smarter consumers would realise that it is that same complicated pricing structure that gives Hotlink unrivalled flexibility to kick Digi and Celcom’s collective arses. Top off Hotlink’s flexible rates with great coverage, world-class concerts, an impressive rewards programme and the Call-Me Bonus, even the fiercest critics must agree that Digi and Celcom has got NOTHING on them to fight Hotlink.
I have made my verdict. The public poll in my last entry confirms it. With a score of 9-6-3, the undisputed champion of the Prepaid Wars is… 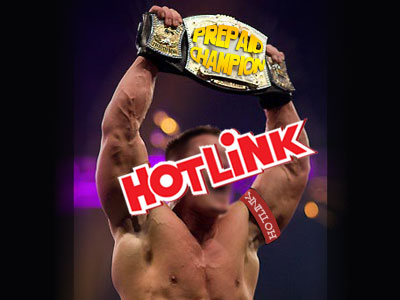 Maxis Hotlink.
No questions about that.

It’s heartwarming. Immediately after I posted my new years resolution about wanting to raise funds for charity, a couple of people e-mailed me offering to help out. The spirit of giving in Malaysians is still alive and well.
I don’t wanna sound like I’m procrastinating, but I do have a pretty hectic schedule from now right till to April. That means I probably won’t start anything till mid-year. As for details, I’d like to keep it a secret at the moment, but suffice to say – it will be big. And yes, by then I do need a few volunteers. We’ll keep in touch.

124 Replies to “Prepaid Wars Episode III: Revenge Of The SIM”