The Phuket trip was a total blast. 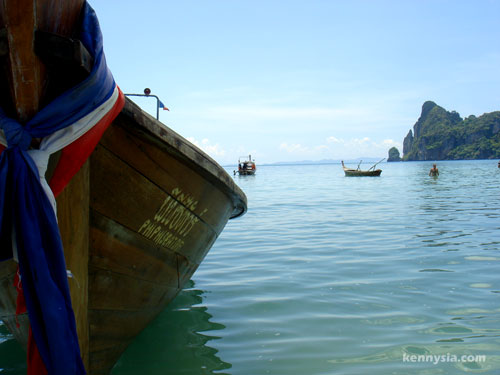 There’s too much to write and I’m sure nobody wanna about read how much of a great time I had, otherwise people are gonna have this image of me smirking at everyone else staying at home over the Good Friday long weekend. So I’ll keep it as short and sweet as possible. 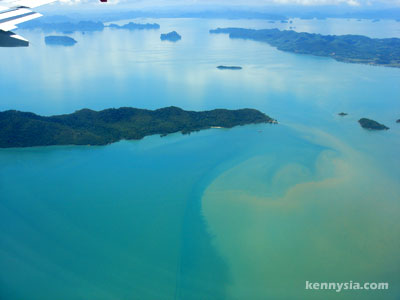 The view of the majestic Andaman Sea from the plane was absolutely spectacular. It’s like watching a movie trailer teasing me of what’s to come before I get to experience the real thing. 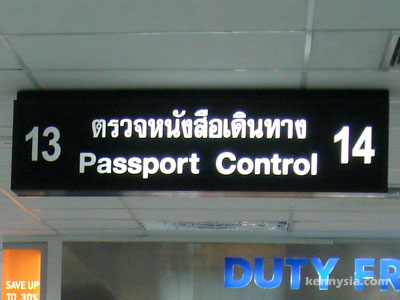 Touched down Phuket International Airport 1pm on the 14th April. As soon as I walked out of the arrival gates, 143 minivan taxi touts were already there waiting to pounce on poor widdle me. It reminds me of KLIA, except they’re not illegal and the Thais don’t make those annoying kissy kissy sounds the KL taxi touts make to grab attention. 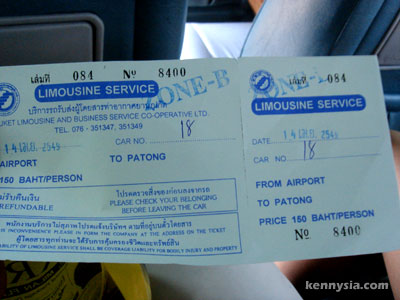 “Where you go? Taxi? Patong Beach? 150 Baht (RM15)!”
Patong Beach my ass. The first stop every tourist made is most likely at that tour agency who had connections with the taxi driver. I spent 10 minutes in there, and ended up paying for an pricey accomodation at a resort hotel. 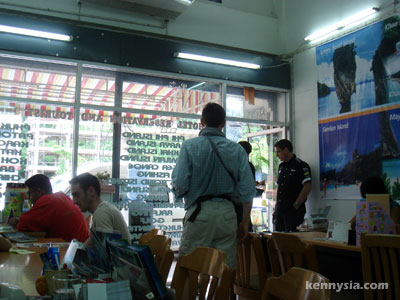 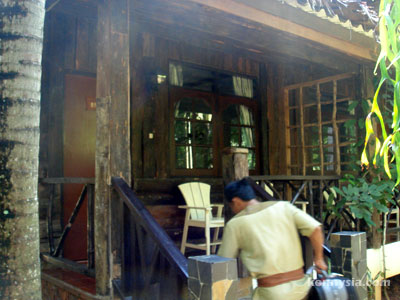 I soon discovered that I’ve been ripped off. Turns out that the prices of almost everything in Phuket can be haggled and bargained for, and Kenny Sia suck major ass in that department. 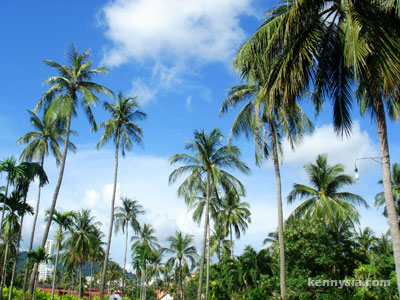 Hey I’m here for holidays, not to engage in some petty business negotiations – that’s reserved for work. Me being here must’ve contributed greatly to the Phuket Tsunami Restoration Fund, which is a good thing, I guess. 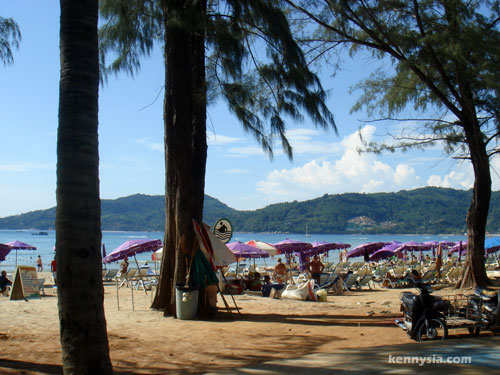 Anyway, I arrived in Patong Beach after much delay. Was kinda disappointed I came a day after the Songkran Festival (Thai New Year). The Thais celebrate it by dousing random strangers with water, and the taxi driver told us there was some huge water fights going on during the day that we’ve missed.
So instead of watching chicks soaked in wet T-shirts, I had to put up with watching bald, burly and oversized bikie gang members who were here for Phuket Bike Week. 🙁 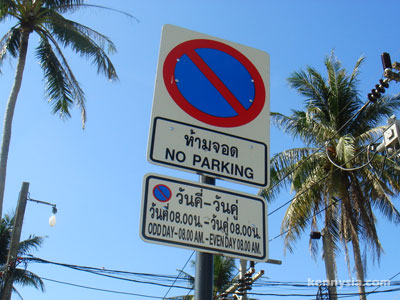 Phuket Island looks and feels very much like Malaysia’s own Penang Island, except the signs are all in some weird font I can’t understand. There are virtually no signs of the tsunami disaster that hit the area in 2004. The tourists have come back in droves and business is better than ever. 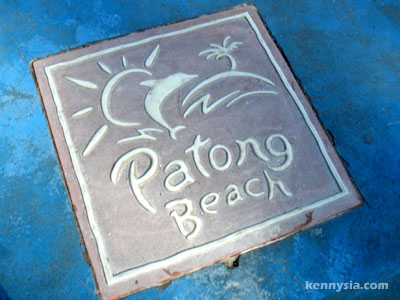 The entire Phuket Island is surrounded by beautiful beaches – the biggest, loudest and most popular of which is Patong Beach. This one isn’t the prettiest beach, but definitely the most interesting. Over here, tourism reigns supreme and commercialism is in its full glorious swing. 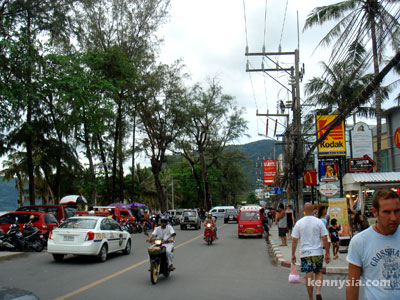 Every other shoplot around Patong is either a pub or a hotel or a souvenir shop or a tour agent or a tailor or a massage centre. These curious little shops keep the island lively and busy but it gets repetitive after a while.
The town council obviously wasn’t too imaginative when it comes to planning the beach front. They simply just CTRL-C one section and then CTRL-V all over the place.

The street vendors here are among the most enterprising ones I’ve seen. They’re also the most polite street vendors. Always trying to make an extra quick buck of you but never pushy. Everywhere you go, people are trying to sell you T-shirts, lamps and necklaces.
The scene here reminds me very much of Petaling Street. Unlike our Malaysian counterparts though, they won’t scold you rude words if you just look and don’t buy. 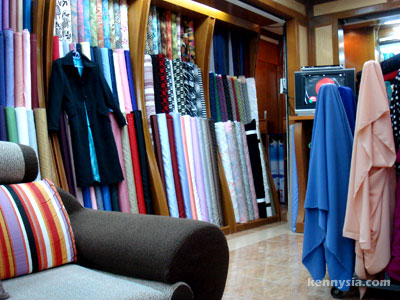 I walked into a tailor shop and paid 5000 baht (RM500) for two sets of made-to-measure work shirts, cashmere trousers, silk ties and belts. The Indian salesman even threw in another tie in for free. Not the cheapest in Thailand, but still a bargain. 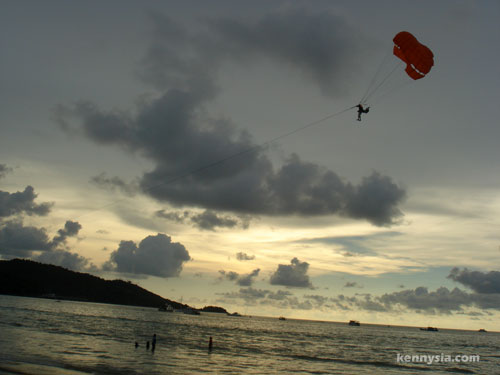 It was almost sunset when I felt the urge to fly the skies and see Patong from a different angle. 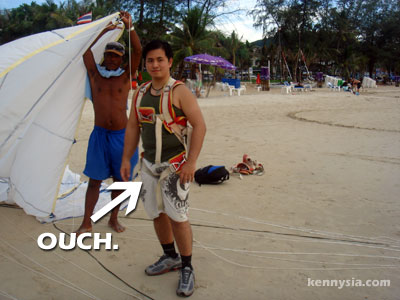 It was completely on impulse that I paid a vendor on the beach 800 baht (RM80) to take me parasailing. Most likely I overpaid again, but it was worth every cent of it. 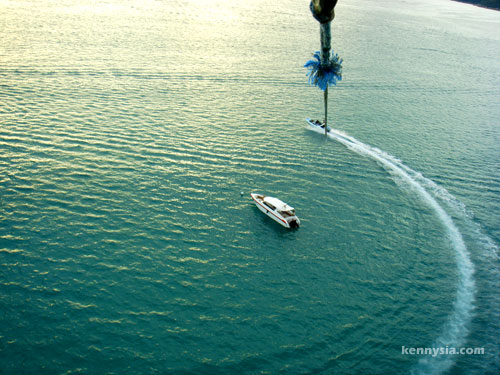 Moments later I was in the air with a life jacket on my back, a stupid harness strapped tightly around my groin, and one muthafarking daredevil behind me hanging on to NOTHING but the suspension lines of the parachute! 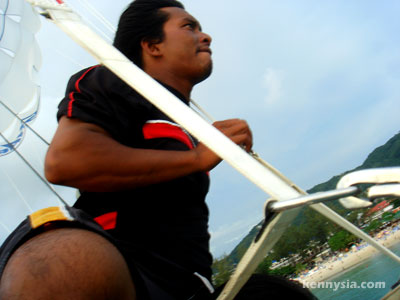 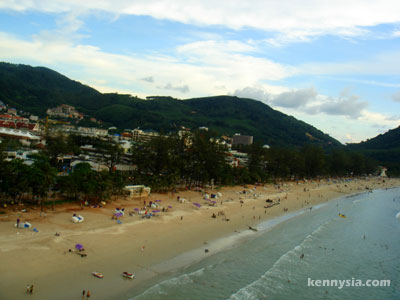 View of Patong from the parasailing experience

The whole thing was disappointingly short though, but still orgasmically good. There’s nothing like having a 5-minute long orgasm with a strange man wrapping his legs around you from behind. 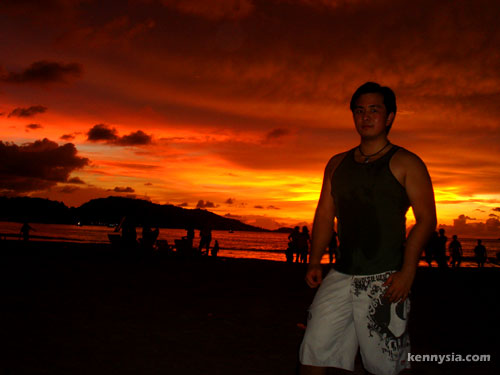 It was getting late Feeling a bit voracious, I decided to seek food.
Dining in Phuket was absolutely divine. The fried rice was downright mouthwatering and the Thai spices packed in all the delightful flavours. 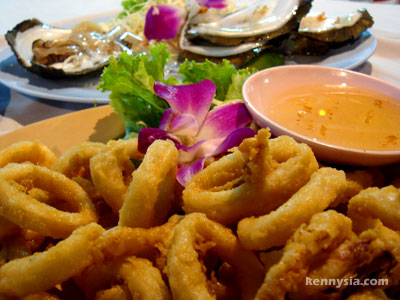 Their oysters are so big, fresh and succulent. And they’re just 30 baht (RM 3) each! 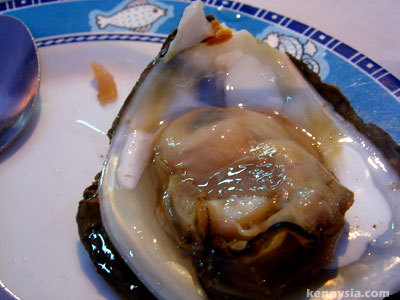 I’ve had more expensive oysters in Australia and New Zealand, but seriously, these ones are hands-down the best fresh oysters EVER. 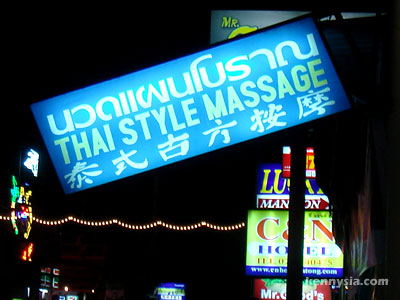 After dinner, I felt the need for a some good old fashioned Thai massage. But the entire Patong Beach was FILLED TO THE BRIM with massage centres. There’s even a place that combines an internet cafe with a massage centre! 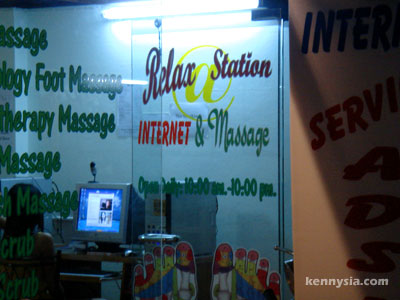 I don’t wanna waste my time and money on some half-arsed massage by a tranny. So I hailed down a tuk-tuk and asked the taxi driver to bring me to the biggest and best massage centre in Patong.
And that’s when my Phuket adventures really began… 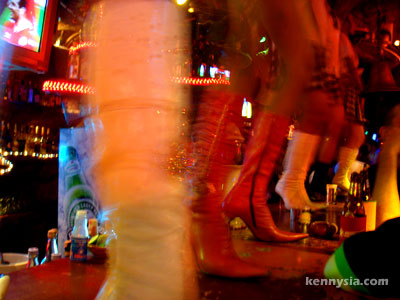 (more, to be continued)

Lately, a lot of my pals are experiencing relationship woes. Whatever happened to good ol’-fashioned boy meets girl, boy falls in love with girl, boy marries girl? Nowadays everything becomes complicated with affairs, pregnancy, lies and deceit. I just felt helpless when I wasn’t able to help them out of their unenviable predicament.