And then there were three.

Seems like only yesterday these three walked into the Malaysian Dreamgirl audition room as ordinary-looking girls looking for their big break into the modelling industry.

They got through the auditions, we locked them in a house. Twelve weeks later, we transformed them into these. 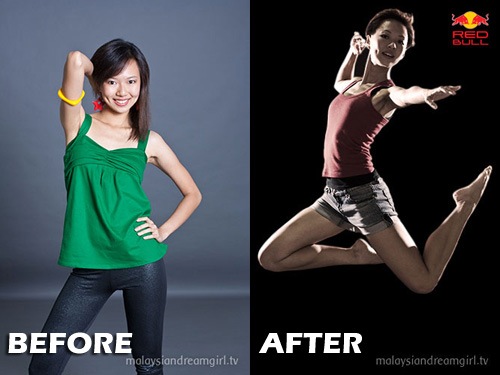 Dawn Lim, the confident 23-year-old economics graduate from KL, best remembered as this seasonâ€™s bubbly perfect all-rounder who stayed out of trouble throughout the entire competition. 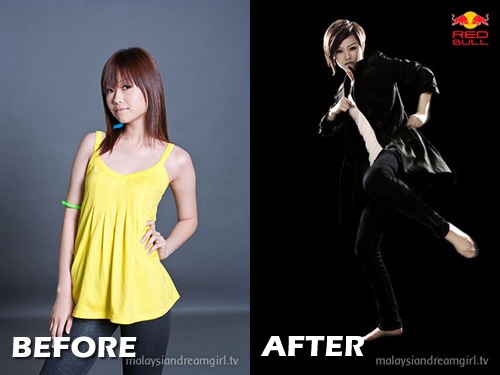 Pinky Liew, the feisty 20-year-old make-up artist from KL who surprised everyone with her versatility when she stripped herself of that stereotypical Chinese girl image. 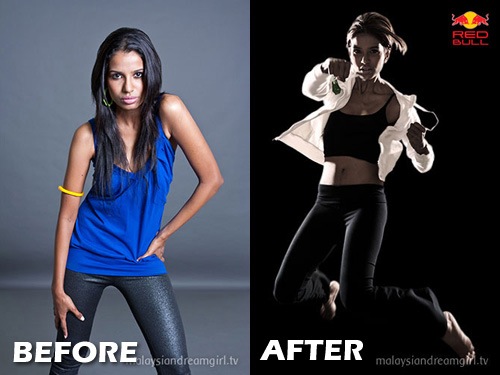 Juanita Francis, the hard-headed 21-year-old accounting student from Johor who happens to be the most inexperienced yet most determined of the lot. Also the only contestant who was never once in the bottom three throughout this entire season.

I think all three finalists are really talented. What made this seasonâ€™s finale even more interesting is that artistically, these three models are so distinct from one another, yet they command almost an equal number of fans and supporters.

If you want elegance, Dawn will razzle and dazzle you with her sparkle. 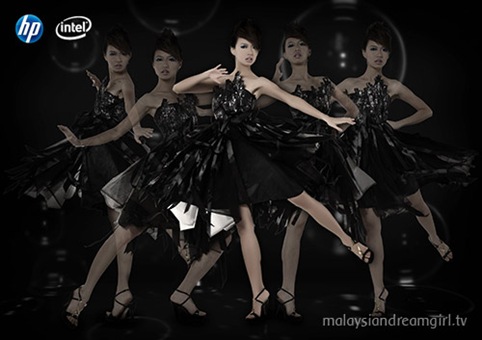 If you want casual, count on Pinky to flash her most vibrant smile. 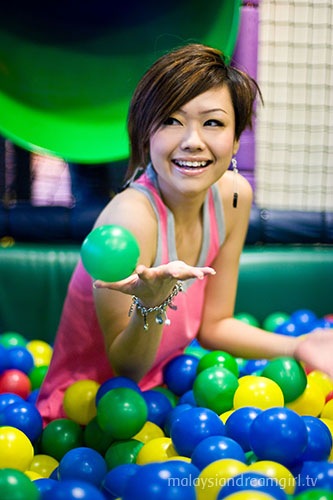 If you want aggression, Juanita can give you the biggest ass-kicking youâ€™ll ever see. 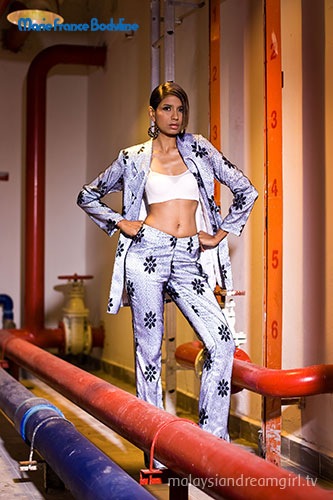 But not in this photo though. Here she looks like some grandma who forgot to button up her pyjamas before she walked out and screamed, â€œOI! KEEP QUIET LAH! OLD PEOPLE TRYING TO SLEEP LAH!â€ 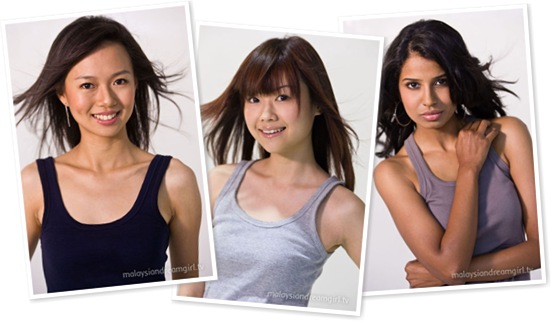 Different girls with their different appeal to different demographics.

The final photoshoot was broadcasted online at malaysiandreamgirl.tv. Needless to say, it was their WILDEST to date. 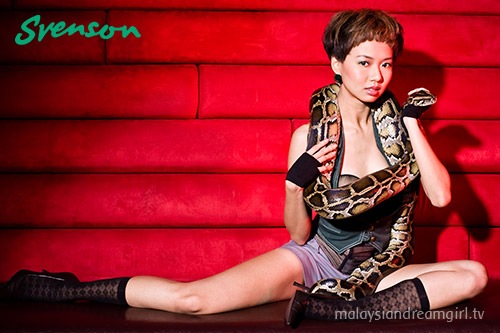 I thought it was bizarre initially why Svenson was sponsoring this photoshoot. And then I remembered that the snake has no hair. â€œSvenson… hair growth for snakes.â€

As much as I like the positioning and colours of this piece, Dawnâ€™s face was kinda blank. Itâ€™s like… she was not using the snake as a prop. The snake was using HER as a prop. 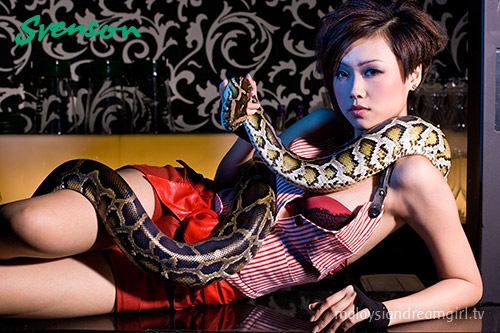 Exotic and seductive. If I didnâ€™t watch any of the online episodes, I would have thought Pinky was handling it like a seasoned pro.

After watching them, Iâ€™m pretty sure she had already frozen to death. I wonâ€™t be surprised if she remained in that exact same position, 3 hours after they removed the snake from her. 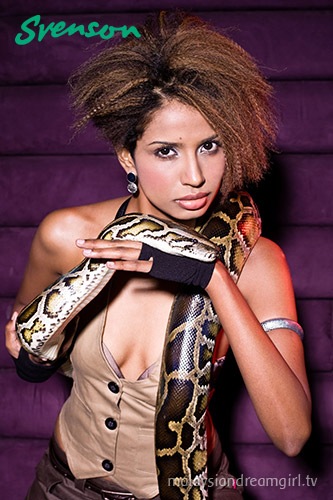 This photo shoot is tailor-made for Juanita. Even her hair and attire seemed to suggest like she just came back from the African safari and decided to pick up a snake to use as scarf. Look at her so confidently staring in your eyes saying, â€œDonâ€™t mess with me, BITCH.â€

I love it. As much as I think that Juanita lacks versatility to do anything else apart from those â€œact garangâ€ photos, for this one, I am gonna give her something unprecedented – 10 out of 10!

Everybody is welcome to attend the Malaysian Dreamgirl Grand Finale 7pm this Friday, 15th May at The Curve, KL.

Who will be the last girl standing?

Blog Plug of the Day: Some people have said that the girls in MDG look nothing special. Well, this is what happens when Suet Li tried to copy their looks, but FAIL.