Yesterday, I attended the National Integrity Convention hosted by the government of Malaysia. 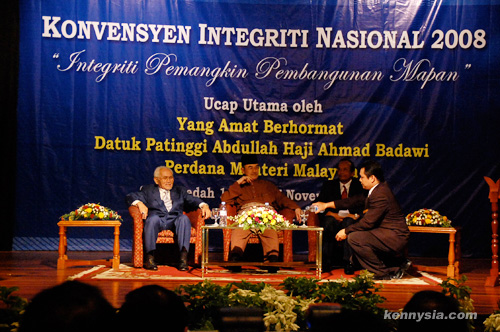 Since Abdullah Badawi became Prime Minister of Malaysia 5 years ago, one of his top priorities was to fight corruption and uphold the values of integrity in both the public and private sector.

The National Integrity Convention is born out of those efforts, and is the government’s way of educating people how to do business and live their life with integrity. In essence, it was like “Pendidikan Moral”, but for adults. 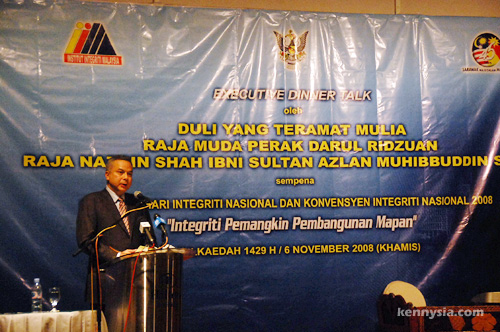 The night before, we were hosted a dinner talk in Hilton, where the guest speaker was Raja Nazrin, the crown prince of Perak.

As a commoner living in the small city of Kuching, I don’t get attend a lot of functions involving members of the royal family. That night was one of the rare few occassions in my life, I actually heard somebody addressing himself not as “saya”, but as “beta” (the Malay word for “me”, reserved exclusively for royalty). 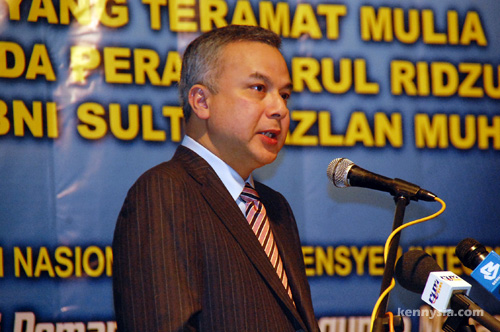 The prince receives tremendous amount of respect from me and the people in attendance.

Raja Nazrin comes across as someone extremely smart and knowledgable. It’s not surprising, considering he has a degree from Oxford, as well as a Masters and PhD from Harvard University. He has a reputation of giving exceptionally inspiring speeches on patriotism and on nation-building that connects well with the people at large. 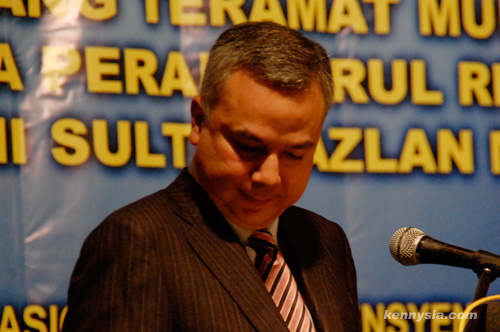 Despite his royal status, Raja Nazrin is also a humble man. I distinctively remember when he was getting married, he explicitly refused the state government to fund his wedding or for large corporates to take up ads in newspapers congratulating him. He insisted instead that the money be used for charity or be spent on projects beneficial to the community.

Raja Nazrin’s selfless character is truly the epitome of integrity. 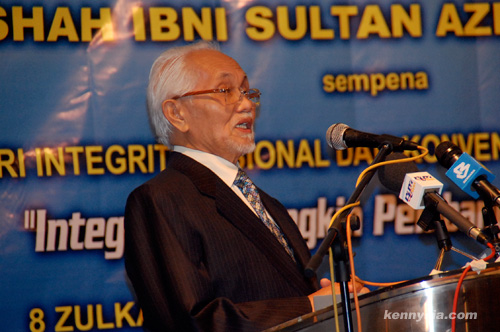 Another speaker at the convention on integrity was Taib Mahmud, the Chief Minister of Sarawak for 27 years. 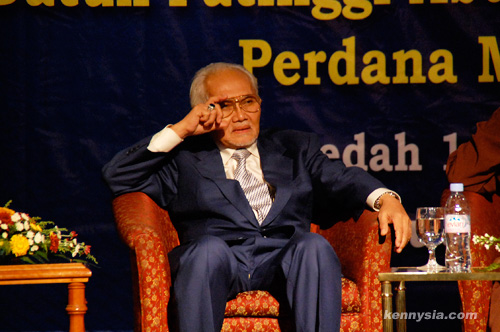 Yesterday, the Prime Minister himself also make an appearance at the convention.

Regardless of what anybody thinks of Abdullah Badawi as Prime Minister, you gotta give him at least credit for trying. Speaking my personal experience, government services have improved by leaps and bounds over the past 5 years. Since he came to power, many in the government sector has also began taking corruption very seriously. 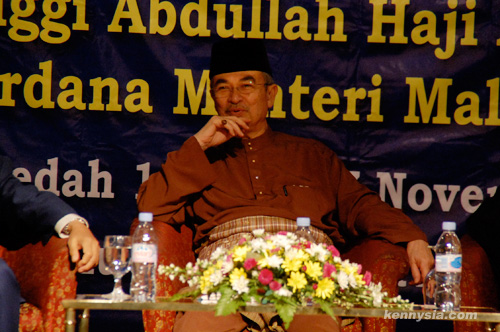 Prime Minister himself even flew all the way to Kuching just to attend a convention to educate people on integrity. That’s dedication!

[09/11/08 – The rest of this entry has been removed out of respect, concern and consideration for the organising committee of the National Integrity Convention, who I understand has worked very hard to put together this convention, with nothing but the best of intentions.]

Flea markets seems to be taking off a big way in KL. The Sunday Sundae Bazaar, held every Sunday in Jalan Klang Lama, is another one such bazaar geared towards the young and trendy looking to buy or sell second-hand, vintage and handmade stuff.

From what I heard, something similar is gonna happen in Kuching pretty soon too.