LG makes sexy phones, and one of the latest additions to the Korean’s bevy of beauties is the LG KG810 Chocolate phone. 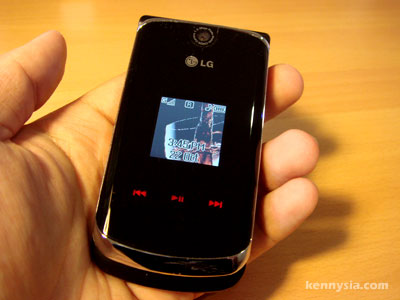 I was sent a review unit of the new KG810, and this one truly knocks my socks off. The KG810 retains much of its specifications from its predecessor, just that instead of sliding out, this one flips open. The change in design allows the KG810 to be slimmer and lighter compared to the original, making it no thicker than a bar of chocolate. 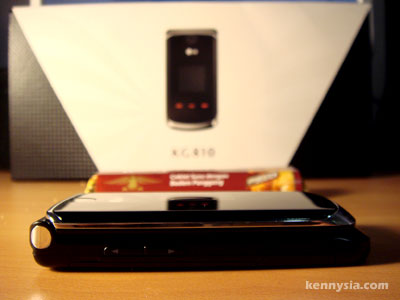 Presentation obviously matters a lot to LG.
Even the box packaging that the phone comes with is constructed exquisitely with a magnetic lock. It actually looks more like a gift box than the packaging of a phone. This is in stark contrast with the packaging from most other phone manufacturers, which looks like they’re made from egg carton boxes. 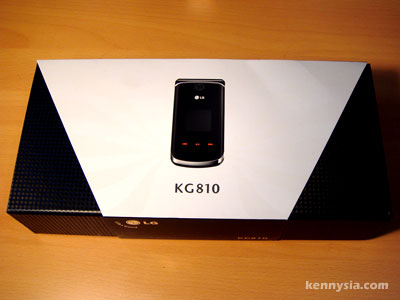 As mentioned earlier, the KG810 is a fashion phone. It is made to appeal to fashionistas who are style conscious and want to be seen out and about holding a luxurious phone. It is not made for geeks who want full-featured phone, camera, camcorder, laptop computer, toaster and fax machine all combined into one FAT BULKY package. 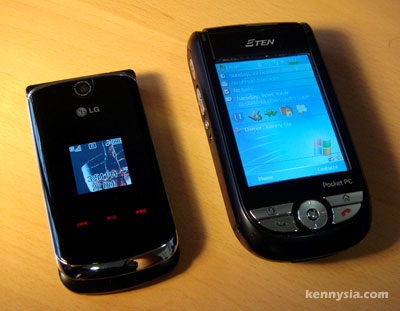 Which of these would you rather be seen in the club with?

There are phones out there made for those (they cost about RM3,000 a piece and look like a glorified bar of soap), but the KG810 is not it. You don’t wear a pair of Ferragamos to a construction site and complain when a nail pierced through your soles, because it is not made for that. Which is why I don’t understand why critics are whining about the Chocolate’s 1.3MP camera not having an expandable memory slot.
Frankly speaking 1.3MP camera and 128MB of internal memory is more than enough for a majority of people. I even took some test shots with the phone’s built-in camera. 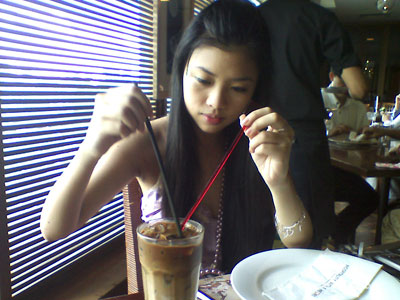 Unedited photo taken with the LG KG810, and without the model‘s permission

And the results turn out pretty good!
The phone’s got pretty good connectivity too. If I forget to bring my camera when I’m out, I can easily Bluetooth incriminating photos taken with my phone over to my laptop, then GPRS them up the Internet.
If you have the habit of listening to MP3s on your phone, then you’ll love the KG810. The external LCD and red touch-sensitive interface, modelled after the original Chocolate, is built exactly for that purpose. Hook it up with the included earphones and you can even tune into your favourite FM radios. 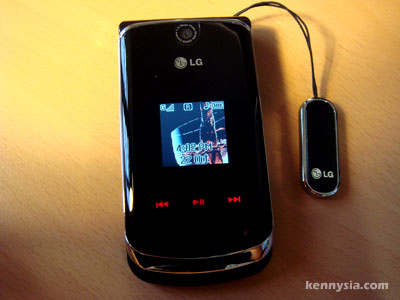 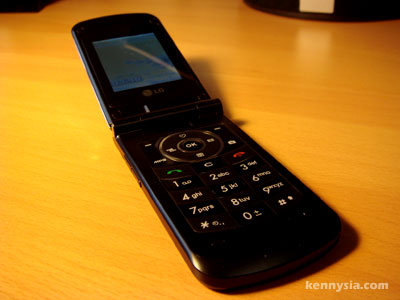 What the LG KG810 can improve upon:

If you can overlook these shortcomings like I can, then what you have is a great-looking phone to compliment your fashionable lifestyle. The LG KG810 retails for an affordable RM1,299. 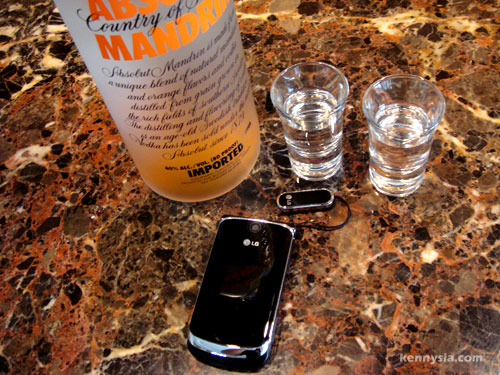 I simply enjoy taking this phone for my night-outs. There’s no denying that a beauty like the KG810 looks a lot more in place in a swanky high end bar than my ugly PDA phone. I particularly love the envious look on my friends’ faces as I slip the phone out from my pocket to answer a call.
Everytime I do that, all the girls would be asking to play with my new phone afterwards.
If only I could say the same about my coconuts.

kennysia.com has again outgrown its current server capacity, and will be moving over to a new home this coming week. I’ll be moving in with cheeserland.com and kuchingkayak.com.
Now I’m looking for some more housemates to share the new server with me! My offer is 3GB diskspace, 200GB bandwidth/month and text link ad on kennysia.com for RM18/month only. E-mail me im@kennysia dot com if interested.