At last, I’m blogging the final chapter of my travel log in Paris. Something I should’ve completed 2 months ago. 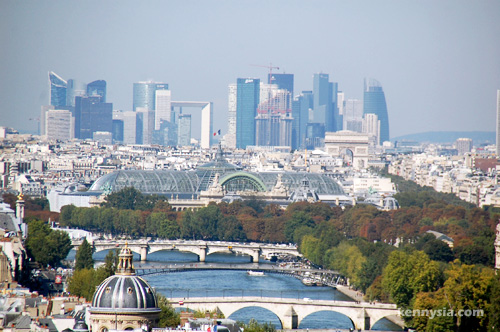 The City of Love is also the City of Museums. Paris is a city dressed with too many musÃ©es and galeries d’art (that’s museums and art galleries btw).
Most travellers who come to Paris tend to only visit the Louvre and see the Monalisa smile, which is a pity really. Because my smile is so much better. 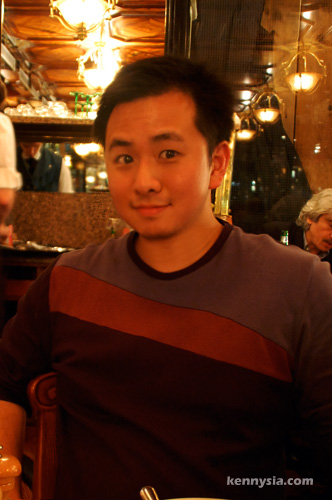 Kidding of course. 😉
With my two travel buddies away doing their girly stuff (eg. getting French manicure, dressing up as French maids, eating French fries, French kissing French guys), I found some free time of my own on to do my nerdy stuff. And that would include visiting art galleries and museums too atas for my own good. Palais Garnier, the opera house that inspired smash hit musical The Phantom of The Opera, which was like High School Musical to the people back in its day

I highly recommend anyone going to Paris to get the Paris Museum Pass (€30 or RM150 for 2 days). It’ll save a lot of time queueing up at each attraction to purchase tickets. Also, download Rick Steve’s Audioguides before you go. An audioguide is good thing to have, particularly if you’re as clueless and unsophisticated as I am when it comes to all these artsy-fartsy-schmartsy stuff. 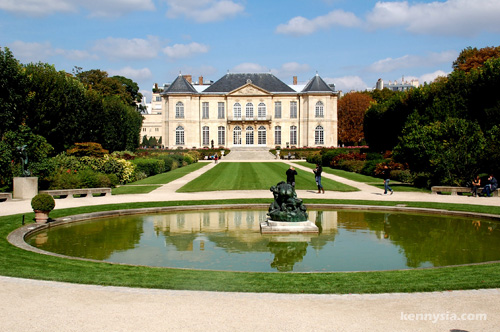 The first stop I made was at MusÃ©e Rodin (€6 or RM30), the former residence of 19th century French sculptor Auguste Rodin.
I’ve never even heard of his name before this trip (see I told ya I’m a kampung boy at heart), but I definitely remember seeing some of his artwork. The most famous one being The Thinker. 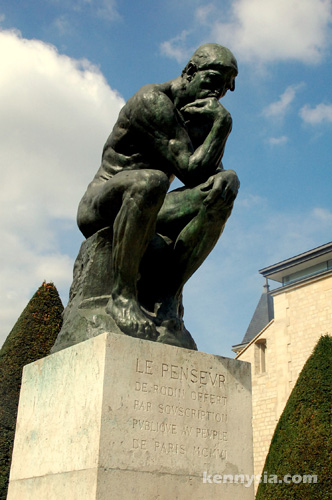 The Thinker is such an iconic representation of one man’s intense intellectual activity that replicas of this sculpture can be found in museums and universities all over the world. 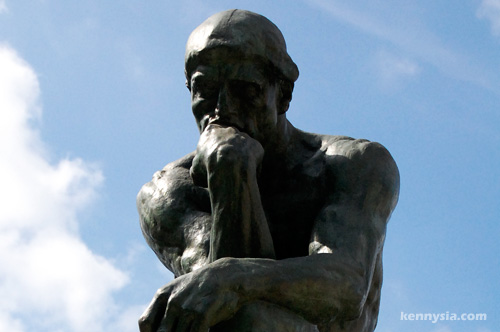 Sadly, we have no replica of Rodin’s famous sculpture here in Malaysia, but that’s okay because we have our very own “Thinker”. 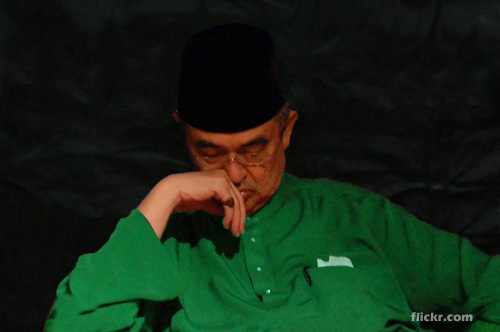 There are of course a lot other interesting sculptures to see at the MusÃ©e Rodin. 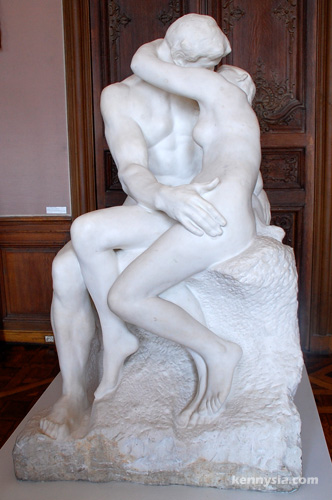 This one is called “The Kiss”. 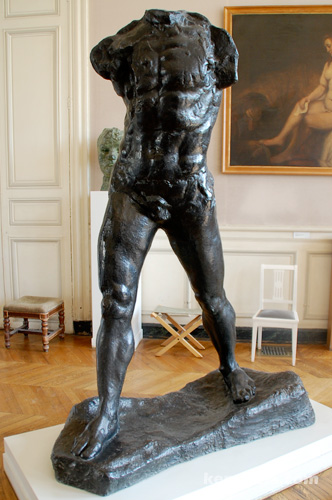 This one is called “The Walking Man”, although I think it should be more appropriately titled as “The Man Who Lost His Head, His Arms And Pants”. 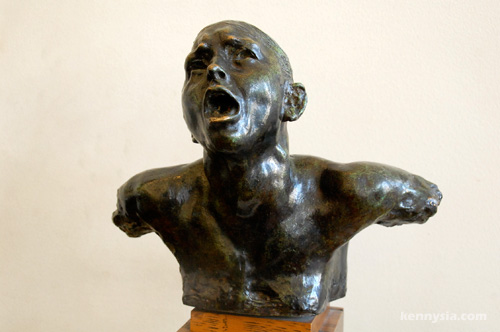 Blow-up dolls back in those days were kinda ugly. 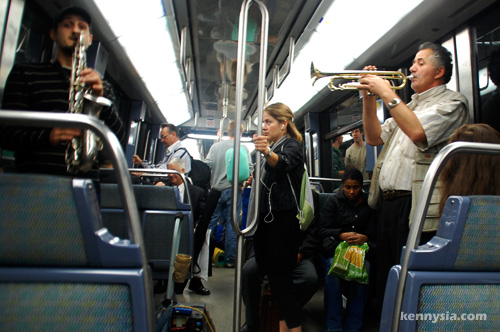 Travelling musicians on the train from MusÃ©e Rodin to my next destination.
I really appreciate buskers like them entertaining the everyday commuter. You can never find people like these on the trains in KL because they’ll be classified by the authorities as “nuisance” and probably be detained under ISA. 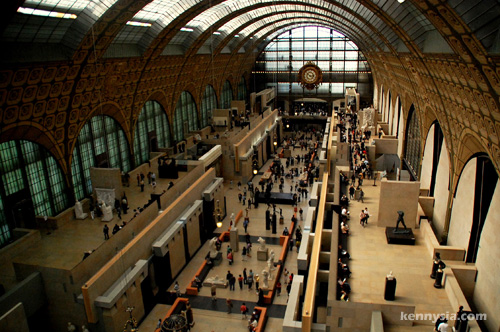 My next stop was MusÃ©e d’Orsay or The Orsay Museum (€8 or RM40).
The Orsay is the next most impressive museum in Paris, after the Louvre. There’s a mind-boggling array of original 19th century French paintings here, including many famous one’s like Stifler’s Mom Whistler’s Mom. 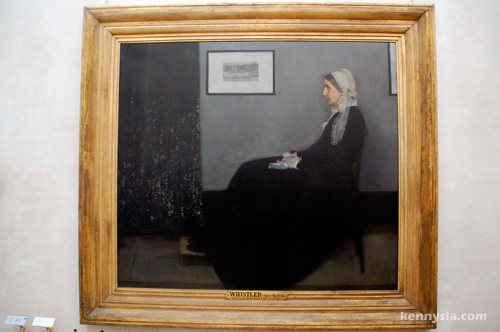 If you are not sure where you’ve seen this painting before, most people will probably remember it from the Mr Bean movie as this. 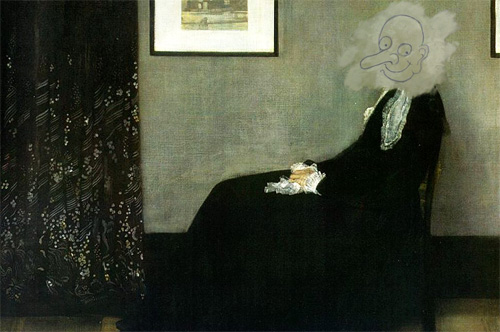 This museum is one of those places where an audioguide would come in really handy.
There are so many paintings, and so much going on behind each painting that it would’ve been tough to appreciate them properly without some help. 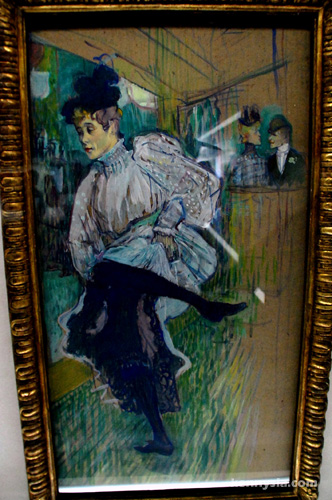 Painters in the 19th century France were a lot like bloggers in the 21st century.
Like bloggers, every piece of their artwork convey subtle messages through the paintbrush. These paintings are exhibited throughout Europe, and people leave comments that can be positive sometimes, but mostly negative. 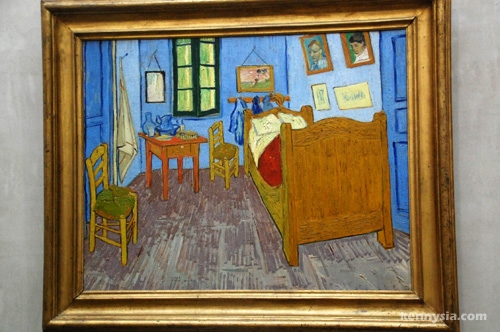 van Gogh’s painting of his bedroom. My mom would probably say something like “your 7-year-old nephew could paint better than that!

19th century France was a cruel place for painters. The like-minded artists cliqued together, while the unconventional ones that stood out from the rest were ridiculed simply because they were different. 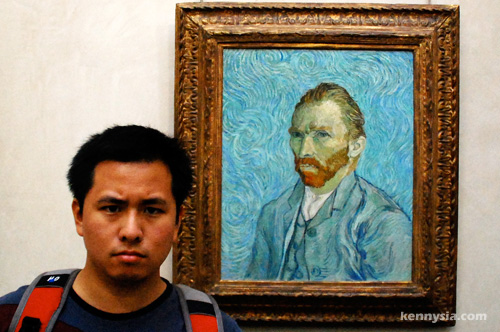 Like Van Gogh, who shot himself with a gun to his death 9 months after painting this self-portrait.
Poor guy had no friends, no money, and his works weren’t even appreciated until the last few years of his life when he became severely deranged. 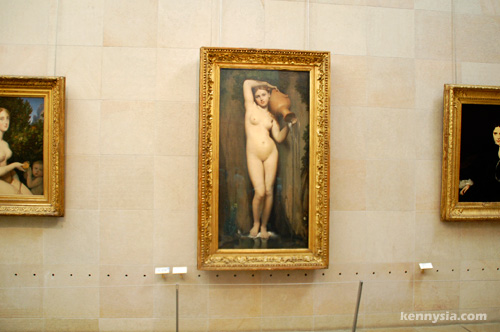 Before Van Gogh’s time, the typical style of art was “Idealist”.
A lot of artists at the time made money painting Greek goddesses and angels to near perfection. These things sell because they are pretty, and people at the time do not want to accept anything less than pretty. 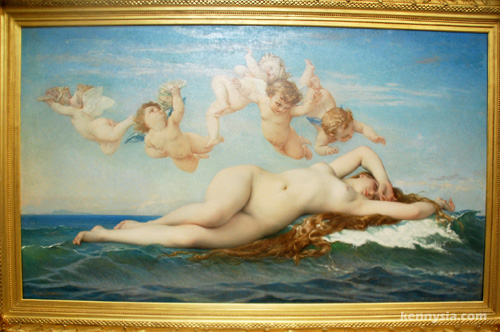 An example is this piece, titled The Birth of Venus depicting the Greek goddess sleeping on water with her flawless skin, perfect naked body and pretty angels singing in the sky.
It was hailed as one of the great masterpieces during its time, but later people grew to hate it. 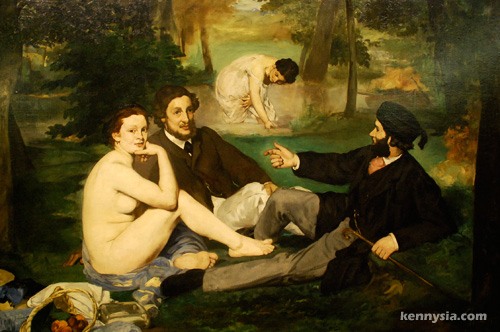 In came Edouard Manet, who attracted a lot of controversy when he painted Luncheon On The Grass.
It was controversial not only because it depicted prostitution in an infamous park in Paris, but the nude girl in the picture wasn’t even painted to look pretty! She even had fats showing in her stomach. 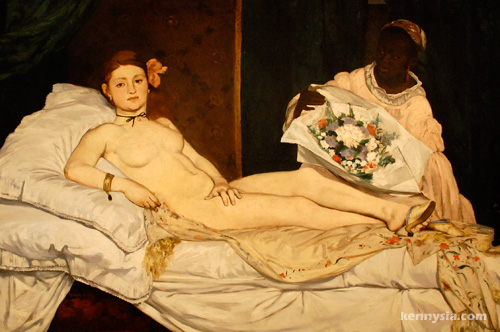 Olympia – showing a prostitute waiting for a client

On top of that, Manet seemed to have rushed his painting so much it looked like a sketch, and didn’t even bother to correct or cover up his mistakes.
But prostitution is something that happened rampantly in Paris during that time, although no one dared to talk about it. When these pieces were exhibited, Manet was whacked left right and centre because it was too real, and too different to the near perfect gods and goddesses people were so used to during that time. 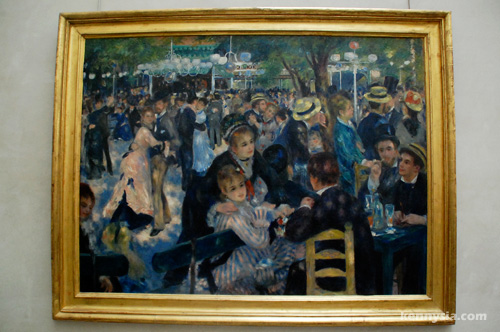 These are “Realist” paintings that challenged the perfectionists’ “Idealism”.
“Realists” depict everyday life as truthfully as they were, even when sometimes when they may be ugly or taboo. At first people rejected them for being anti-mainstream, but eventually as poverty grew and people became disillusioned, they accepted and even admired these artwork because they so accurately showed that the world is not perfect, that people make mistakes, and that these are the realities of life that everyone has to accept – good, bad and ugly. 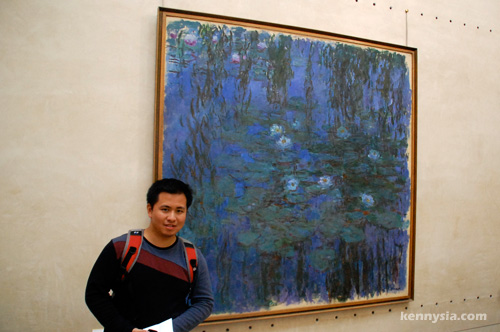 Maybe that’s the same why some people prefer reading blogs to newspapers, why some people prefer Xiaxue over Dawn, why movies like Crash won an Oscar, and why Raja Petra is more believable than Najib.
Idealism is a fantasy, and when people’s lives become harder, they are finding it increasingly difficult to remain optimistic.
It doesn’t mean all those idealistic things are impossible. It just means that people nowadays are more ready to accept the reality, as ugly as it may be. 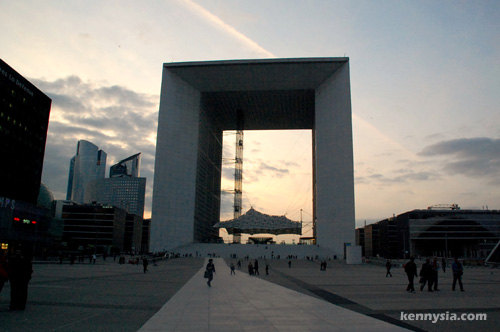 I left Paris feeling as if my IQ just increased by 10%. Up from my original 50.
Paris is an absolutely amazingly romantic city. Four days was way too short to experience all that the City of Love has to offer, but it’s time to say Au Revoir!
As short as our trip was, it was enough to make us realise how gorgeous France is. Given the chance, I’m not gonna hesitate exploring the rest of this great country yet again.
Of course, that’s not gonna happen anytime soon. 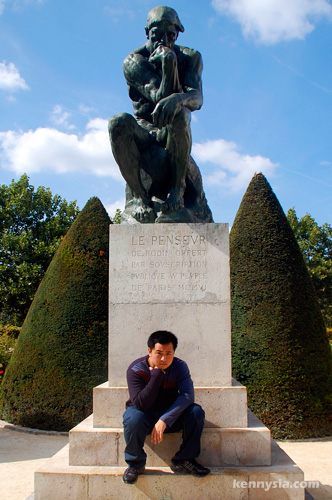 Because traveling costs money, and I’m a realist!

kennysia.com 3 Sentence Movie Review: Madagascar 2 was cute, but it wasn’t as funny as the first one. In fact, the cinema was pretty much silent about half the time.
The only saving grace in the whole movie: Moto Moto – a name so good you gotta say it twice.