It has been a very hectic past couple of days for me. 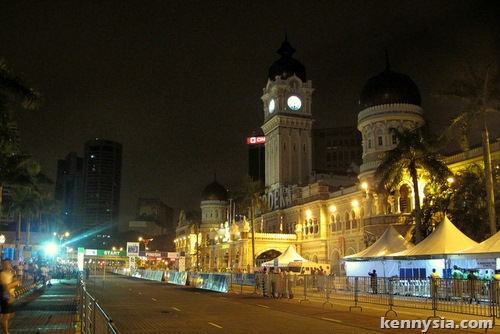 A lot of stuff have been happening lately but I’m too tired to put them into a properly structured post. For once, this blog post is gonna be all my thoughts jumbled up, in Malaysian rojak style. 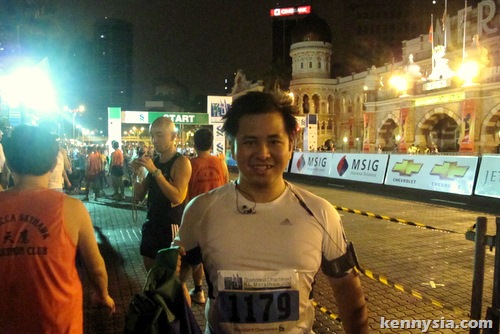 I did the 21km category of the KL Marathon last week and completed it within 2 hours 34 minutes. My target was 2 hrs 30 mins.

As much as I’d love to finish the race 4 minutes earlier, the undulating course proved too difficult for my 84kg body to handle.

The final stretch along Lake Gardens was the real stamina killer. It was almost entirely uphill and by the time we reach flatter ground, everyone around me turned into zombies and walked towards the end. It was a depressing sight. 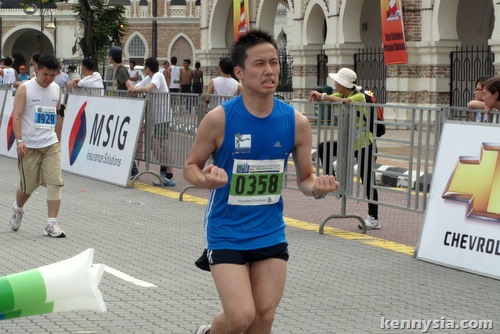 Despite my disappointment not hitting my target, I must admit that I absolutely enjoyed this race. Initially the pollution and haze in the lead-up to the event worried the heck outta me, but everyone thought the weather and temperature that day was perfect. And I agree.

I had the most brilliant playlist on my iPod to accompany me for the race. Listening to this track from Capsule made me felt like Transformer cruising towards the finishing line. On top of that, I was 8 minutes faster than last year and achieved a personal best for 21km. 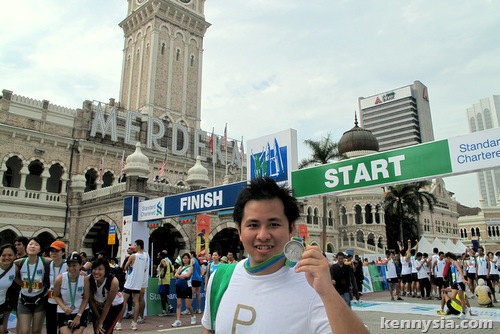 Can’t wait for my next run. The next challenge is to beat the Shah Alam 22km race in 2 hours 20 minutes.

But before I do that, I’d have to lose weight, desperately. 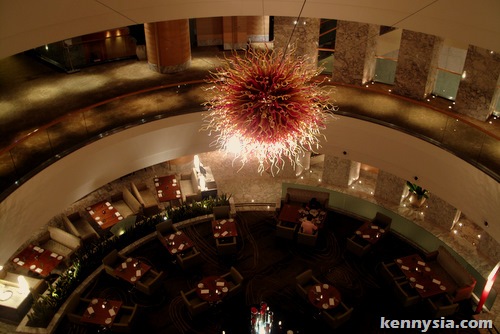 On the same night, I attended Josiah and Kim‘s fun and classy wedding dinner at The Westin.

Kim Ong was xanga.com/kimfluttersby when I knew of her back five years ago. She didn’t know me then because I didn’t have a blog. But somehow we shared common friends from the same university and someone introduced me to her blog. 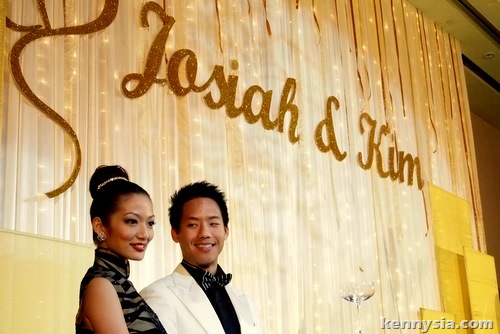 I also knew of him back in 2004 when I saw him on TV competing at the Athens Olympics. Australian TVs were rooting for their athlete competing in the cycling event, but when I saw a Malaysian in it, I was hooked.

The intensity in his eyes and the power he unleashed on the velodrome made me an instant fan of his. He came second in that race, and I made it a point to watch the cycling event every Olympic Games after that. 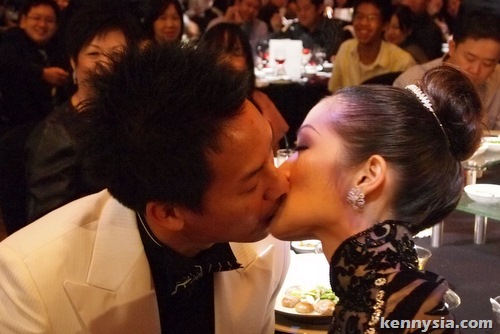 These two were complete strangers to me five years ago. Never would I have imagined that I would be attending their wedding dinner some five years later.

Funny how the world works sometimes. 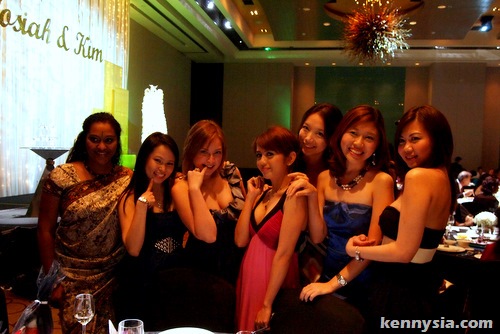 Josiah and Kim’s wedding was an intimate and classy affair. Josiah’s dad was especially popular with the females in the crowd when he advised his son to “not let Kim do all the housework. Remember sometimes you must also cook for her!”

To show off the fact that I ran 21km earlier, this is Josiah asking me to gesture “21” with our fingers. 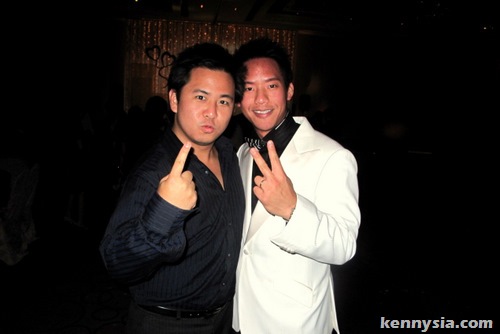 During the wedding, a strange feeling came over me. And it wasn’t just because Kim’s friends are all pretty darn hot. 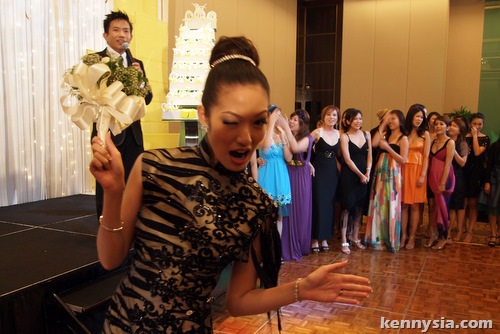 But seeing all other happy couples that were there that night, suddenly I felt the urge to start dating again.

It’s been more than 7 months since I declared myself unattached. As much as I enjoy making money and the freedom of moving around solo, the lack of a female companion is really getting to me. Physically, emotionally and errr… hormonally. 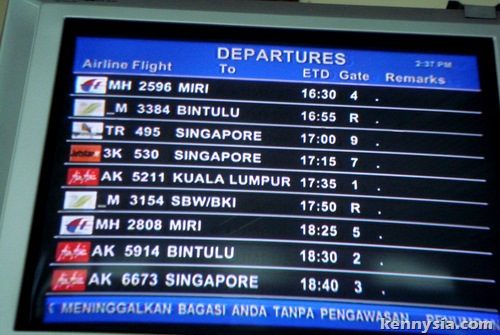 I don’t know how many guys out there lead a workaholic lifestyle as hectic as mine is, but I’m very curious to know if anyone can sustain a relationship when you’re required to travel out of town almost every single week and meet new people all the time. How is it possible for the partner to even put up with that?

That’s why I really have a lot of respect for flight attendants. 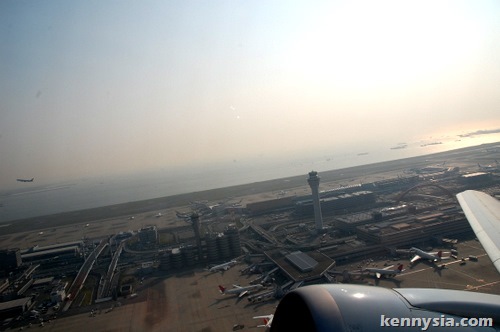 Because these people fly around the world so much and are constantly surrounded by rich and good-looking people. A lot of them may be single, but many of them still manage to sustain a normal relationship. Some are even married.

How the heck can their partners put up with someone who spends four or five full days a week on the job, in different countries around the world?

Unless they are James Bond lah. 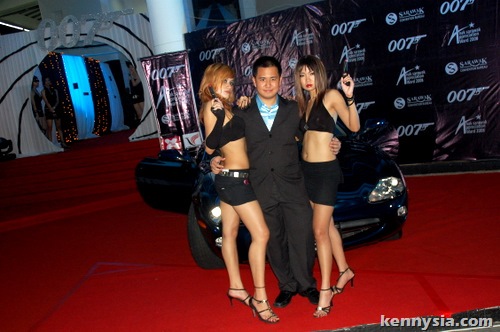 If there’s one thing I learn about girls after all these while, it’s that the female species need a lot of attention. If you wanna give attention to girls, you gotta devote time.

But here’s the kicker.

Once you’re invested all your time, successfully got the girl and officially declare that you are “in a relationship”, suddenly you have to face fights and arguments and all those petty things that woul
d take up even MORE of your time.

Then suddenly you are forced to give up time on your career or hobby. And you find yourself having to spend ALL your time on your girl to make them feel more secure. Because if not then your girlfriend’s girlfriends will say that you are “useless”, “heartless”, “not caring enough” and then advise her to leave you for a better man. 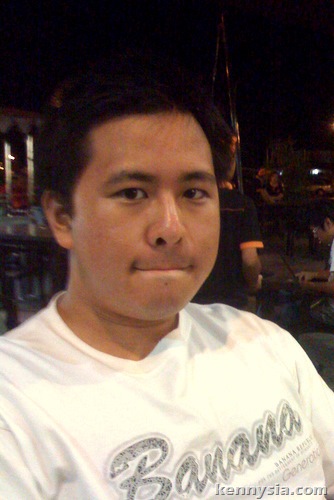 The thing is as I mature, I find time is something so precious that sometimes I feel it’s more productive to spend time on my career or a hobby, than on something as difficult to deal with, intensive and emotionally-draining as… girls.

In other words, to put it in business terms, spending time on girls does not generate a very good R.O.I.

You put a lot of time, money and effort into a relationship, but sometimes get very little in the end.

Is there something wrong with me thinking that way? 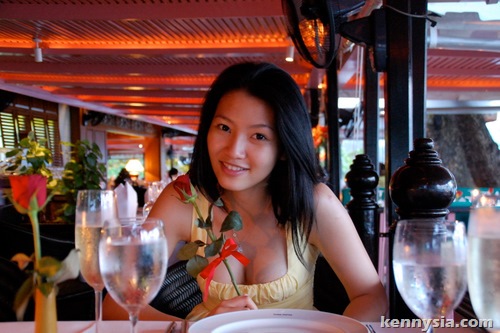 Something is definitely wrong with me.

Aiya. Maybe I just need the type of girl who doesn’t require attention, only required to meet up once a week and can simply abandon anytime when my job gets the better of me.

Does this species of female exist? 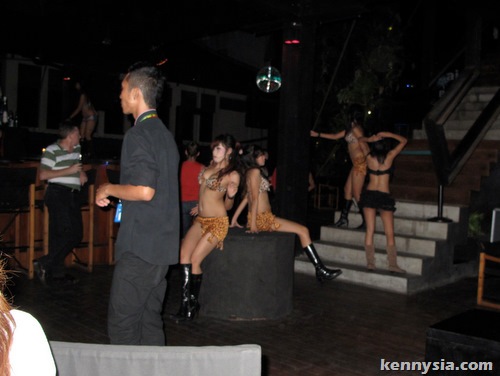 And please don’t say for 500 Baht an hour in Bangkok.

A while ago, I read in newspapers that traffic police cannot summon those who show MyKad. So how leh? Is that not being enforced anymore?