Been so extremely stressed out lately! 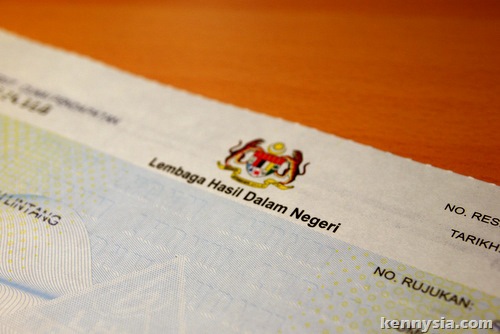 On the 30th June, I completed my tax filing like a law-abiding citizen, only to get a rude shock when I discovered the amount of tax I have to pay can only be described as obscene.

Crunching numbers ain’t not my forte, yet I was too silly to pay for the services of an accountant to handle the numbers for my business income. 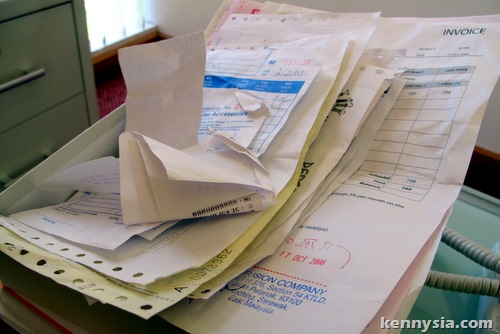 In the end, my invoices and receipts were all over the place and I paid a huge sum of money to the Malaysian Government – not because I am earning lots, but because I did all the book-keeping by myself and absolutely sucked at it.

Times like these, I really wish I had hired an accountant so I could just sit back, relax and chill lah. 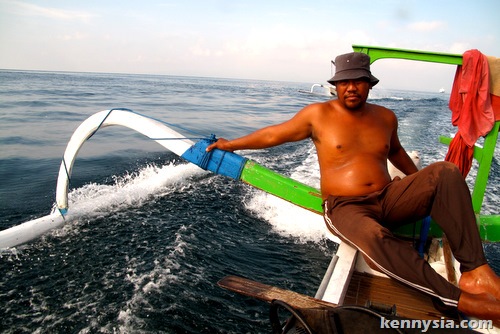 Another thing I absolutely sucked at is writing short stories.

Growing up, I always prefer to read non-fiction books (like those from the Recommended section in Singapore) instead of any fictional titles from the likes of JK Rowling, JRR Tolkien or Stephanie Meyer. As a result, my imagination and story-telling skillz suck.

But you see, here’s the thing. 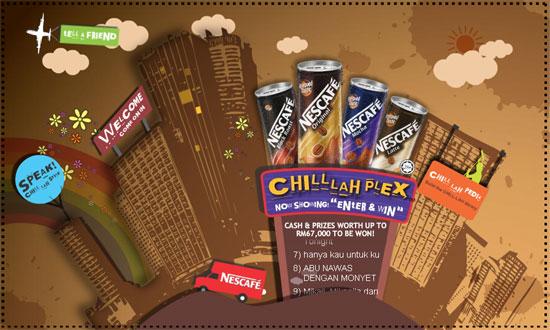 There is a script-writing contest by Nescafe where the first prize is RM10,000 in cash. For Nuffnang bloggers (which I am), they’ll throw RM3,000 cash my way just for making it into the Top 20. Click here for easy money!

The only catch is that the storyline must feature Nescafe Chilled Coffee cans. And those coffee cans must be speaking in Chill Lah language – otherwise known as homonyms.

Again, I am not very good at writing short-stories. I am even worse at thinking in homonyms.

But since I’m terribly broke right now after paying my outstanding taxes to the Inland Revenue Board, I decided to give it a shot and send in my script. I must warn you though, it is really REALLY lame.

Let’s see if you are smart enough to decipher what this short story starring Nescafe chilled cans speaking in Chill Lah language is all about. Behold…

Once upon a time… 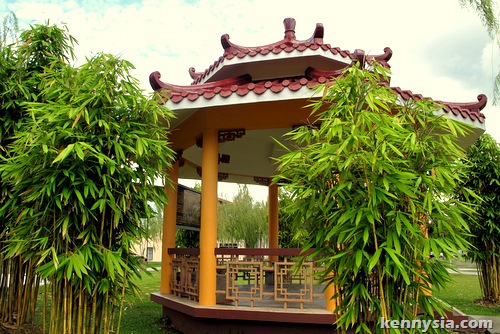 In a park somewhere in Kuching city, a lonely girl sits by herself impatiently. 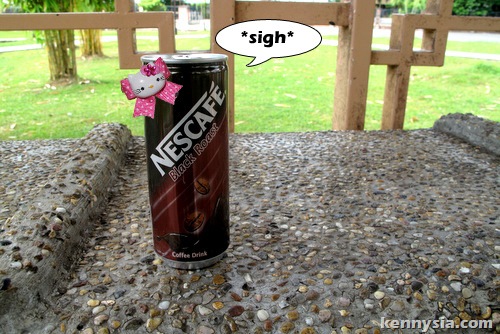 She’s waiting for someone. Someone who was already late again for their date.

From a distance, a boy came rapidly running towards her. Wheezing and panting, he apologised profusely. He knew he had done something wrong. 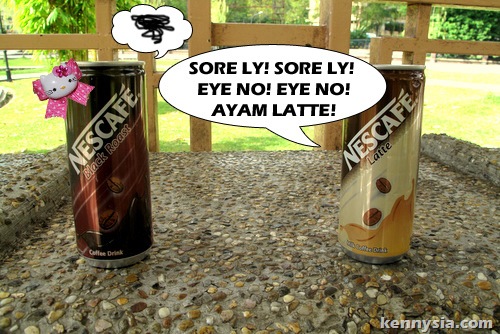 The girl, however, is not impressed. And she proceeded to give the boy a major arse whopping. 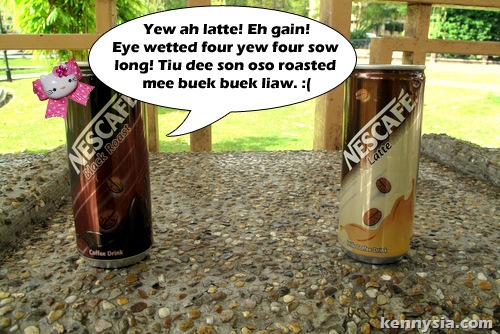 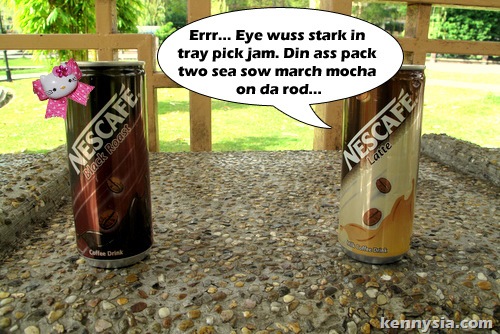 But it was to no avail. 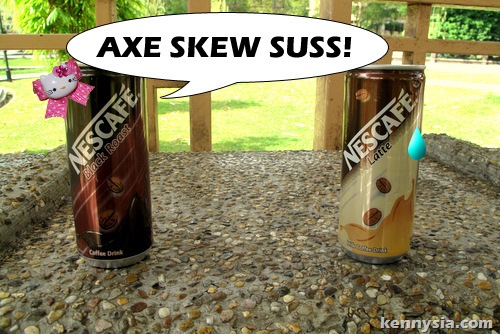 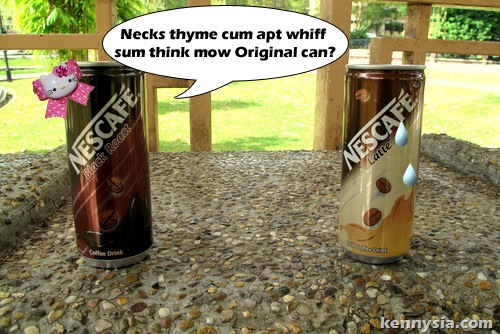 All of a sudden, a good-looking guy emerged from behind Black Roast. 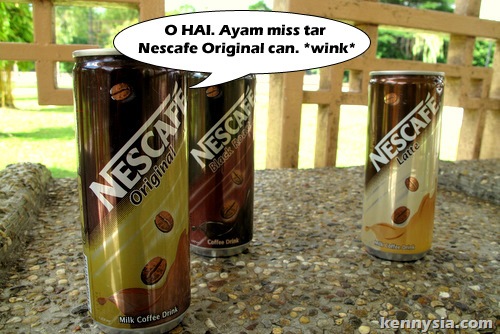 She was instantly mesmerized. Hand in hand, Black Roast and him walked off together into the sunset. 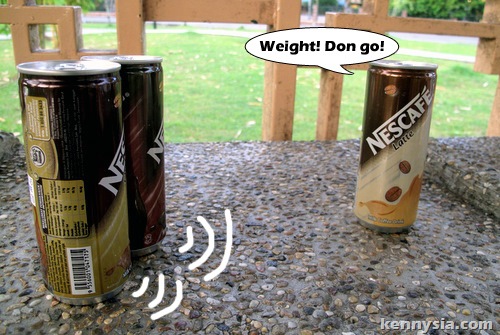 Leaving poor boy Latte all on his own. 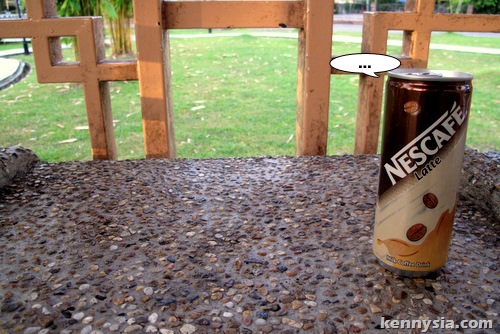 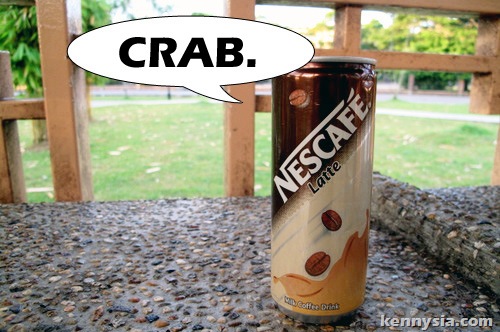 Blog Plug of the Day: AkiraCeo.com is a cute and creative comic blog by a fellow Kuching dude who prefers to draw his blog, rather than writing it. Some of his thoughts are absolutely hilarious and amusing when done as comics.

What I find even more amusing is that he draws himself as a cat, and his friends are drawn as monkeys, pandas, chickens…