When I was in Penang, I dropped by and visited the Khoo Kongsi clanhouse temple. 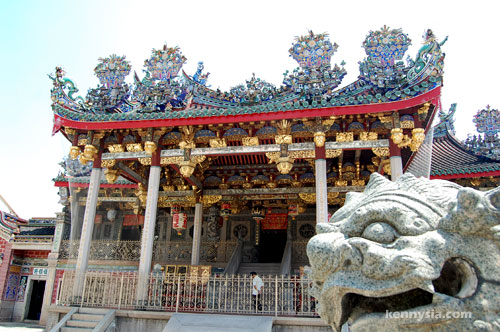 The concept of ‘clanhouses’ used to be quite important popular in the olden days. When Chinese people migrated from China to the then Malaya, they banded together loosely and form kongsi’s, or clans. A clanhouse is basically was where a bunch of people with the same surnames get together and talk about how cool it is to be related to one another. 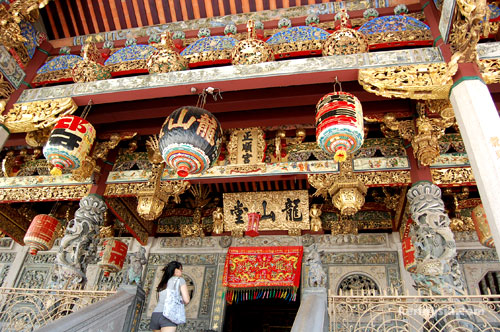 Things used to be a little a lot better back then. In the past, clanhouses developed their own self-government system and handled important social and welfare duties for the good of their members.
Clanhouses still exist today. But nowadays, all they seem to do is organise boring dinner functions and sing karaokes. 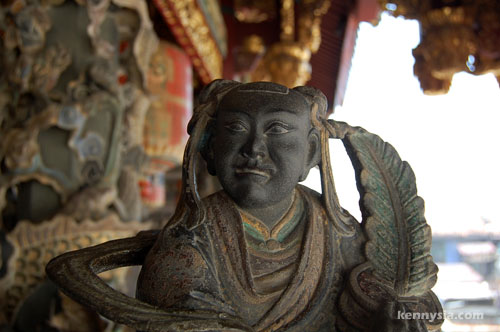 The Khoo Kongsi clanhouse temple is one of the most intense and ornately decorated buildings I have witnessed in Malaysia. Walking through the ancient halls looking at the intricate carvings was a surreal experience. A lot of credit goes to the trustees of the board, one of whom is, interestingly, called “Kay Por”. 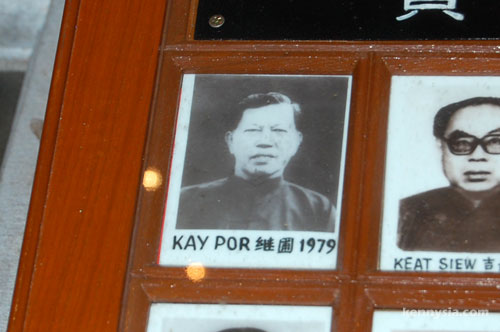 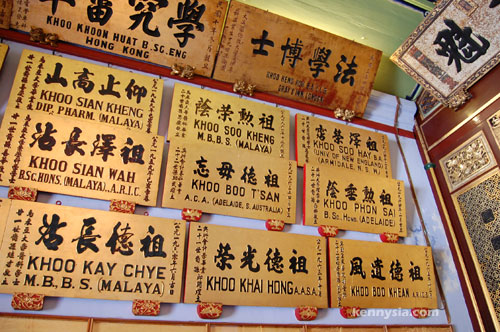 But these days, every other person and their pet cat has a qualification from college. It’s so easy now to get a degree that if you want, you could even buy one over the Internet. So the Khoo Kongsi stopped putting up huge ass banners, and all they have is a long list where every graduate’s names goes in.
Perhaps the most amusing part of the Khoo Kongsi clanhouse temple is found at the front of the building. 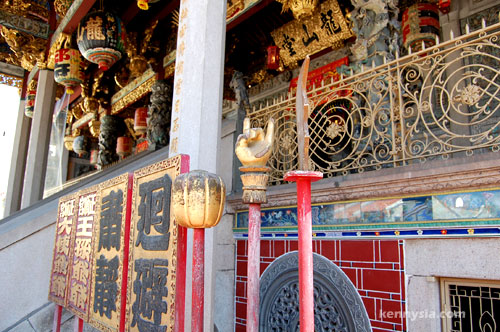 I understand that the front of the temple is made to look like a ancient Chinese courthouse, complete with placards and weapons and all.
What I don’t understand is, what exactly is this weapon used for? 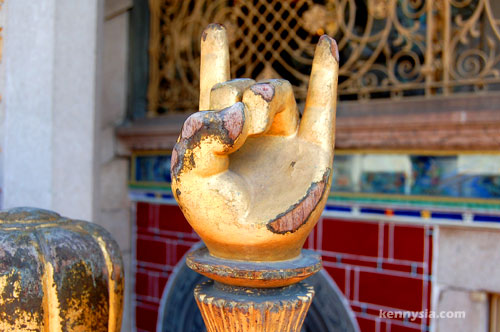 My guess is that a long time ago, a teenage boy from the Khoo Kongsi attended his first ever Beatles concert.
He figured he needed to bring something that would make him stand out from the rest so that the band performing on stage could notice him. So he invented this nifty tool and brought him along to the concert. Sure enough, John Lennon spotted the boy’s distinctive gold-hand-on-a-stick from the crowd and Lennon was so impressed that he invited the boy to the Beatles penthouse later that night and have a big private party with lots of hot chicks. 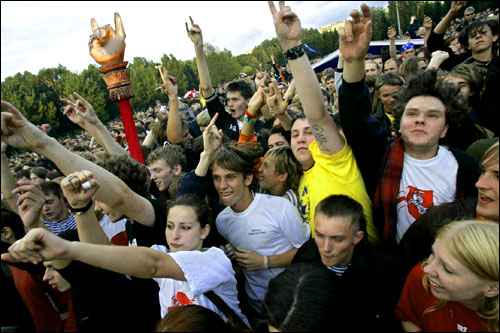 And that, my friends, is why people perform this hand gesture all the time during rock concerts. True story.

Karma Point Collection: Yvonne Foong and Blackjetta YC have teamed up with students from Nottingham University to organise a charity fashion show happening at Zouk KL, 7:30pm this 22nd March. The fashion show will feature fashion by local designers, including dresses by YC herself.
Check out the poster and tell me if you noticed something weird about the guy in it. 😛