Have you ever walked into a news stand, and noticed how sometimes all the magazines have the exact same model on the covers? 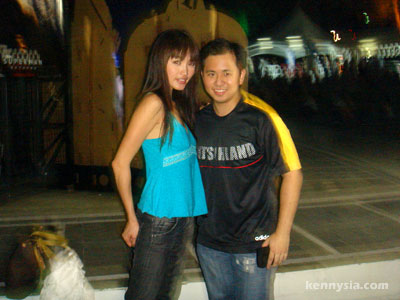 It’s like one month, all the magazines have Amber Chia on the cover. Next month, it’s all Hannah Tan. It’s as if all the magazine publishers decided to come together and run a concerted campaign for these ladies.
I’m still waiting for my chance to grace the covers of the magazines here, although I’m pretty sure that’s about as likely as a fat boy rejecting another slice of pizza. By coincidence however, I did manage to appear on four separate publications this month. 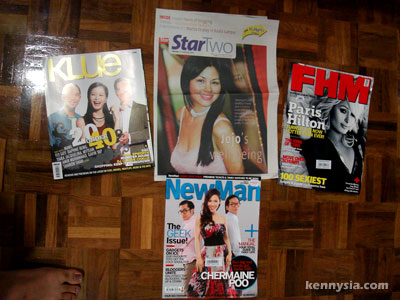 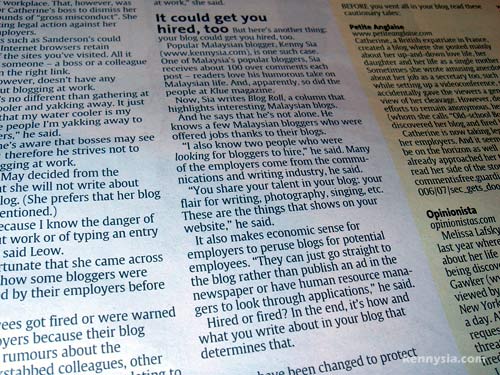 A few people have warned me how my blog could land me into trouble one day because I write about “sensitive issues” like the results of an online poll. These are the same people keep telling me to “delete this entry” and “delete that entry”, which I find a little unnerving. Are these people coming to kennysia.com to read what I have to say, or are they coming in here to watch me delete my entries right after I posted them up?
Maybe I’m the only one here, but I’m getting more positives out of my blog than negatives. 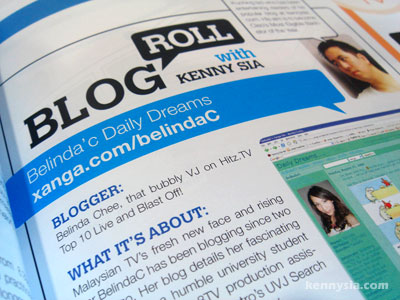 KLue Magazine approached me to write for them after they came across my blog late last year. The money is quite minimal compared to what I earn for my day job, but honestly I enjoy every minute I spent writing my column for them. 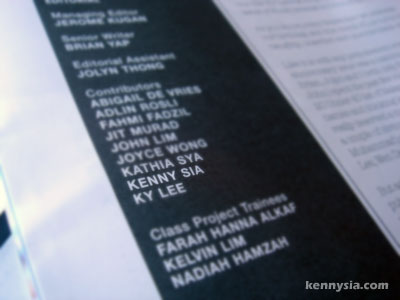 Seeing my name on the credits section of such a popular magazine gives me an inexplicable rush of satisfaction everytime. Another case of ego masturbation.
My face made a surprise appearance in this month’s FHM Magazine as well. Don’t worry, I was not in a bikini ok? (Then again hor, Malaysian version of FHM never featured chicks in skimpy bikinis one. Damn sien. Don’t they know that FHM without pics of chicks in skimpy bikinis is equivalent to drinking iced lemon tea – without ice, lemon and tea? Singaporean FHM is heaps better.)
At least, it’s something not blog-related for a change. 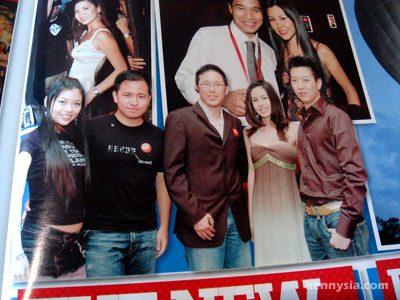 From left to right: Cheesie, me, Kid Chan, Shan and Sorryiforgotwhatshisname.

The photo was taken at the Martell Rise Above party when I was in KL. Cheesie and I were guests of wedding photographer celebrity Kid Chan, who was there because he was nominated for an award.
You gotta admire Kid Chan for his networking skills. I watched him in action. The guy can just walk into a room full of strangers, make small talks with all the powerful personalities and leave with a good impression on everyone’s mind. 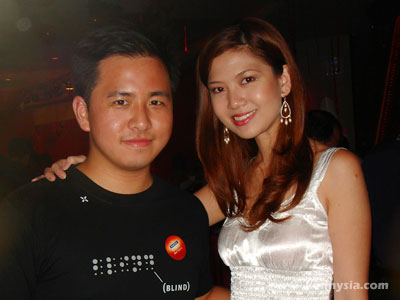 I had an awkward moment when he introduced me to Miss Malaysia Universe Melissa Ann Tan. Kid Chan said to her something along the lines that I was the only “celebrity” he knew present at the party, to which the beauty queen could only react by staring at me in puzzlement, wondering who the hell I am.
I had a hard time fitting into the party because it was too atas from what I was used to. It even had to involve all the atas people like Xandra “Atas” Ooi and Jojo “Atas” Struys. In fact, it’s so bloody atas until it had to be held in an atas venue like KL Tower. 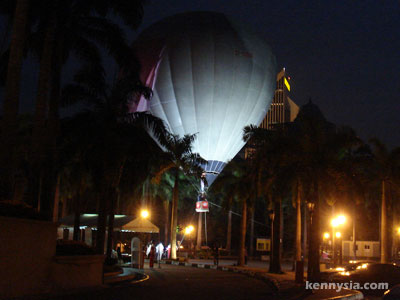 As if that’s not atas enough, they set up a friggin’ hot air balloon at the top of Bukit Nanas, so you could literally “rise above” the rest of KL and yell at the top of your lungs “OI! I AM MORE ATASTHAN ALL YOU PEASANTS, UNDERSTAND?!?”
How thoughtful.
The magazine appearance I am most excited about though is this month’s issue of New Man Magazine. 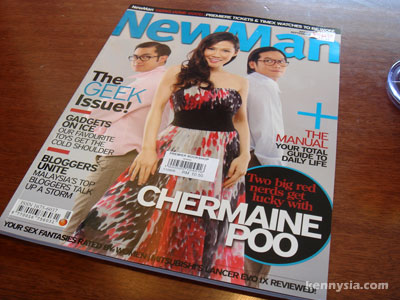 Darn thing took a full TWO WEEKS after it was published to arrive on our Sarawakian bookshelves.
JoyceTheFairy, Lainie Yeoh, Jeff Ooi and myself was interviewed at this place in Damansara called “Friendster Cafe”.
Yes, there’s a Friendster Cafe in KL. And all these while I thought it was only us Kuching people who can come up with extremely unimaginative business names.
Who knows? Maybe next time there’s gonna be a Xanga Bar, Blogspot Shop and Multiply Motel. 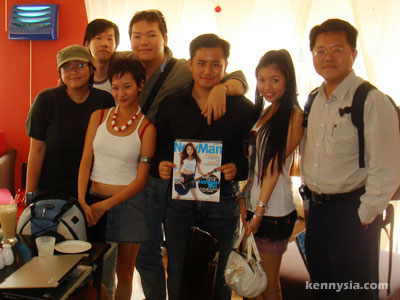 New Man is definitely one of the most entertaining magazines out there. Anyway, I won’t publish the entire article for the sake of copyright, so do get a copy of New Man at your nearest news stand if you have the chance.
Suffice to say, I like how the article turned out, especially when they took MY quote and put in BIG ORANGE FONTS. Whoa, like the things I said very important liddat. 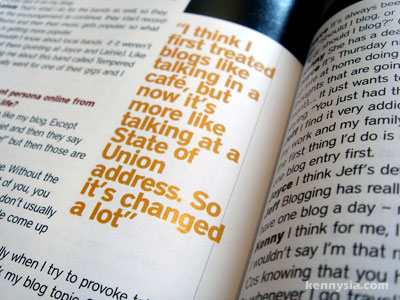 Reading that interview masturbated my ego so much, it bukkaked all over my magazine.
So anyway, I was left there reading my stained mag, cover to cover, grinning like an oaf, only to turn back to the cover and saw these words. 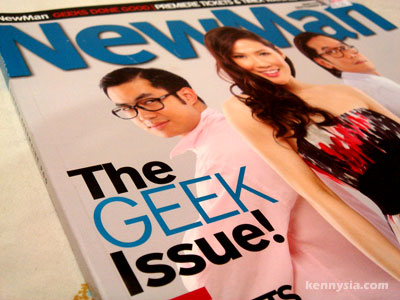 WHAT! GEEK ISSUE?! Darn you Mr Editor! How could you con us into a doing an inteview then put us in your GEEK ISSUE!?
That is like asking me to be photographed for a Marie France ad, only to be have it used in the “BEFORE” section of their weight loss ad.

I just finished playing this horror game called F.E.A.R. (which explains my absence for the past few days). It’s fun, but it sure damn scared the living bejesus out of me. Don’t play this game at night!