Ok. This is wrong on SO many levels it’s ridiculously hilarious.
Click here. 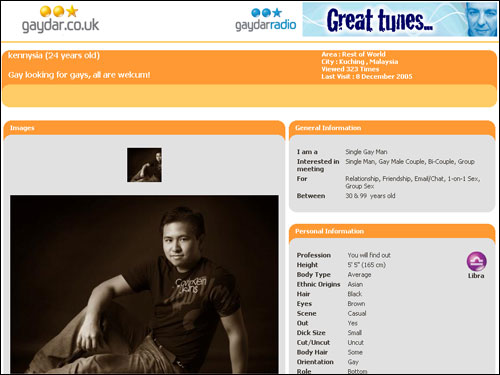 Now, who was it who impersonated me and created a profile for Kenny Sia in an online GAY dating site!?
Geeezzz… Someone obviously has some serious beef against me (surprise surprise).
That profile was not created by me ok! For one, I am Sagittarius, not Libra.

Not that I have anything against gay people. In fact, I am very open-minded when it comes to homosexuality. I have my own fair share of gay friends, I think there’s nothing wrong with gay marriages, and I was even fine with the whole Jessie Chung changing her sex to marry her husband fiasco.
I also have a special liking to lesbians.
There was once this lesbian friend of mine commented that she found me “sexily delicious” (this was during my fit-and-buff 70kg days). Man, you couldn’t believe how happy I felt then. Coming from her, it was such an ego-boosting compliment my balls expanded to twice its size. 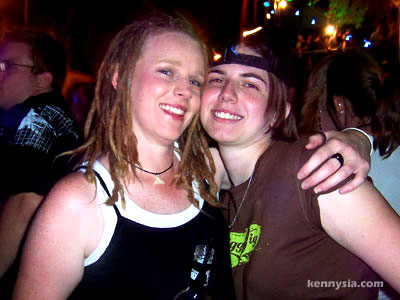 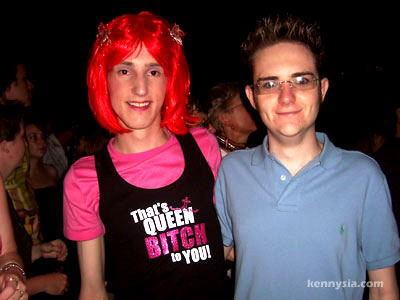 Well, things weren’t so bad until somebody saw that profile and speculated that I might actually be a closet homosexual.

“I was sitting in a coffee Shop with 3 PLUs. They were talking about all the famous bloggers in Kuching. We stumbled across the [gaydar] account made by someone to frame Kenny Sia or maybe it was him, himself being a closet gay.”

OMG. WTF. BBQ. KNNCCB!
Well, sorry to burst your bubble buddy, but I like girls only ok?
My ass is for exit, not entry ok? I like pies, not strudels ok? I want abalones, not bananas ok?
Please lah, I’m not gay!

Yes I want mrbrown to win. But I don’t want him to win because “Xiaxue haters” (who probably never read mrbrown before) are voting him for the sake of seeing Xiaxue lose. It’d be pointless that way.
If you don’t like Xiaxue and you feel indifferent to mrbrown, then don’t vote.
Or at least, vote for Mr Miyagi. The poor feller needs some serious boost.
Err… vote for Xiaxue! Otherwise she’s gonna write bad things about me!
Kenny: “I think people just don’t want to see infantile bloggers winning over serious bloggers.”
Xiaxue: “But mrbrown also infantile what. He got three infants some more.”