Friend of mine messaged me on MSN late one night. 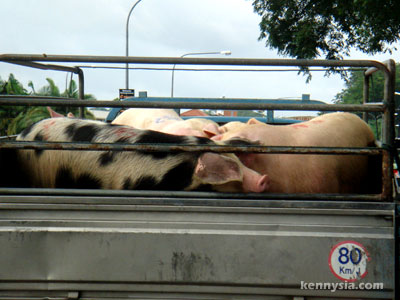 Jane* (not her real name): Can I ask you one question?
Kenny: Go ahead.
Jane*: You’re a busy guy right?
Jane*: Let’s say you have a girl, who needs attention, who is away for vacation… Then she is online one day. But you have a friend at your place. What would you do?
Kenny: I would entertain the friend first.
It’s an easy decision. With girlfriends you can always call them later, but a guest at your place needs to be taken care of first instead of leaving them hanging. Right?
Jane*: Yerrrr… then?
Kenny: Then when the friend leaves, I’ll entertain the gf lah.
Jane*: Yerrrrrrrrrr!!! But the gf waited the whole day dy!
Kenny: I ask you lah. When you have a friend coming over to your place, are you gonna chase her out just because you wanna talk to your boy boy? Or maybe turn on Astro and ask the friend to entertain herself?
Jane*: Yea I’ll do that. lol
Jane*: I won’t chase them out but they can take it like their own place. Then I go talk to my boy boy for 10 mins. Instead of just telling her, “I have friends over. Gonna watch Man U. Probably can’t talk to you right now.” 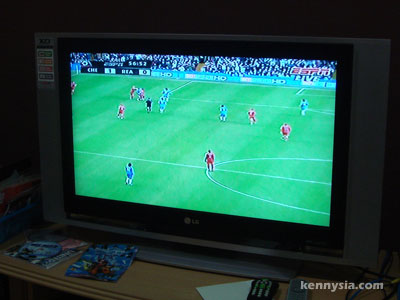 Kenny: My gawd. Guys don’t function that way.
Kenny: If we show our soft sides in front of our guy friends, we’d automatically lose our dicks and become sissies.
Jane*: Testosterones!! Why guys so difficult one. -_-
Jane*: Would you call your friend a sissy if you were the guest and he left you with Astro?
Kenny: Yeah, I would.
Jane*: -_-
Kenny: ‘cos I only disturb him probably once a week. Maybe even once a month. And he wants to use buddy time to chat with his girlfriend? wtf man.
Jane*: It’s guys like that which makes us girls cry because bf doesn’t want to be a sissy =(
Why would any girl wanna date a sissy ANYWAY? 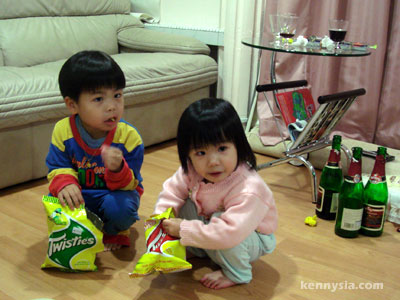 Kenny: Well, we put up with your many things also.
Jane*: hrm… like?
Kenny: Like… tantrums.
Kenny: Like spending money on handbags and shoes.
Kenny: Like being fussy about every single thing.
Jane*: I am only guilty of the last one. =\
Jane*: Maybe i should also be guilty for the first two to get even.
EVIL. 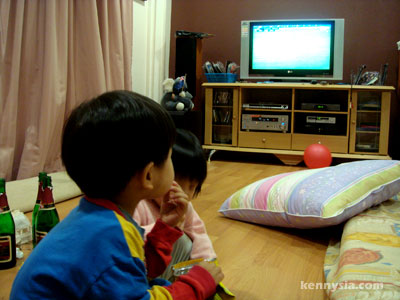 Jane*: Leaving the friend with Astro for 10 mins also cannot. =\
Kenny: Not cannot. ‘cos women’s clock is different.
Kenny: 1 minute is 10 minutes.
Kenny: 10 minutes is 1 hour.
Kenny: 1 hour is half a day.
Jane*: hrm… how long is 10 mins to a guy?
Kenny: Depends on what we’re doing.
Kenny: If we’re having fun, playing games, watching football, 10 minutes feel like 10 seconds.
Kenny: If we’re waiting for food, waiting for TOTO results, waiting for girls to shop, 10 minutes feel like eternity.
Jane*: No wonder last time he was late. HE WAS AT HIS FRIEND’S PLACE PLAYING COMPUTER GAMES!

I learn a new word today. “Waterfish”. No, not the kind you’ll find in an aquarium. A “waterfish” is a guy who goes to bars or other waterholes and pays for the drinks for the girls, and maybe her friends. A lot of girls these days, hot young ones usually, seek out “waterfish” and exploit their generosity to the max.
Don’t know how right this practice is. Is the girl to blame for using men like ATM? Or is the waterfish to blame for being stupid?