Dublin was great, but I knew I had to get away. 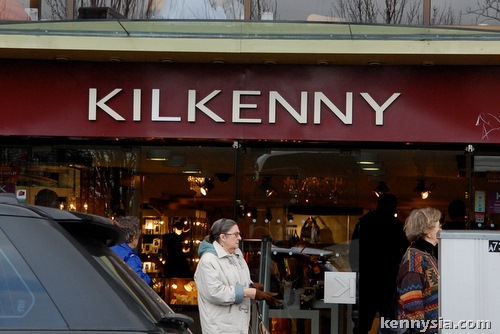 Somebody wanted to kill me.

No lah, Dublin was truly fantastic. But I knew I was not getting a true taste of Ireland if I merely stayed within the confines of the city. So on my second day in Ireland, I decided to leave the city and explore the Irish countryside, on my rented red Volkswagen Polo. 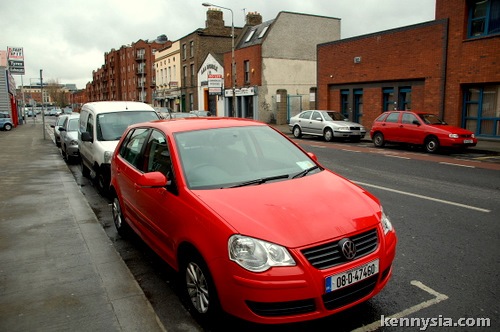 Getting around however, is not cheap. In Ireland, the petrol prices are around â‚¬1.10 (RM 5.20) a litre. That’s more than double the price in Malaysia. It’s so expensive it could easily cost me over RM 250 just to fill up a tank. 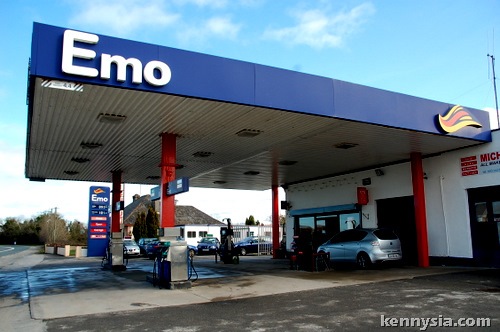 No wonder petrol station in Ireland is EMO!

So I drove from Dublin on the east side of Ireland, all the way to Galway on the west.

The journey along the highway was largely boring and uneventful.

There was nothing see at all. Except for a river. AND IT SUCKS. 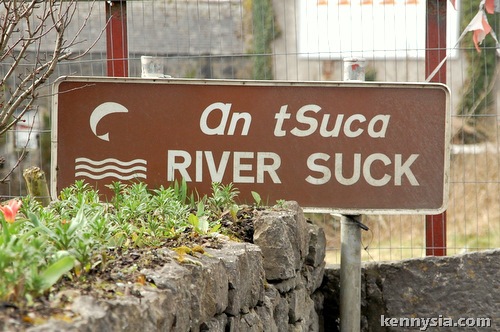 I was relieved when I finally reached Galway after three hours on the road, and promptly checked myself into this cozy romantic Bed & Breakfast called Petra House (â‚¬50, or RM240). 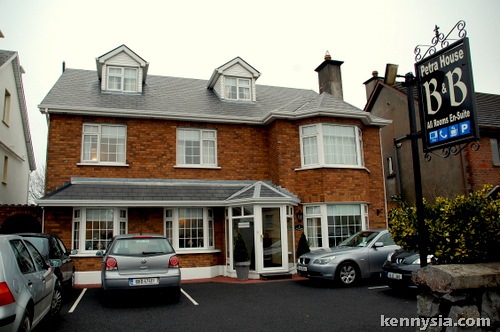 Petra House was quite possibly the most charming B&B I have ever stayed at.

The house is like a cottage straight out of fairy tale book and is run entirely by a friendly husband-and-wife team. My room was spotlessly clean and they served the most deliciously awesome breakfast I had during my entire stay in Ireland. 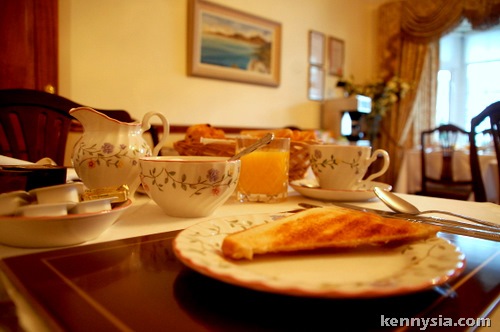 Gotta love those ceramic ware. Anyway, I’m most definitely bringing a future girlfriend here with me next time, whenever that may be.

The natural landscape of West Ireland is a completely different creature altogether from the big smoke that is Dublin. 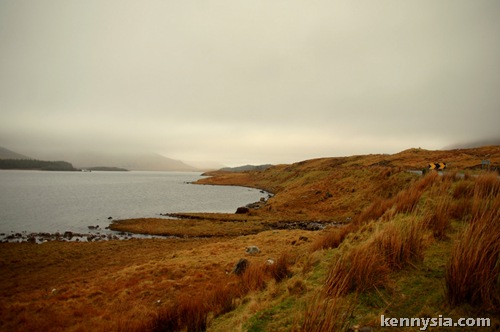 As touristy as they may be, the west side has the most awe-inspiring landscape I have ever seen in my entire life.

The highlight of the trip, however, was this jaw-dropping sight. 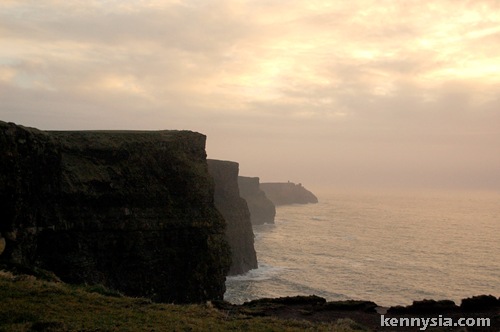 This the Cliffs of Moher, the most spectacular destination in County Clare.

I did not have plans to visit West Ireland initially. And then, I saw a picture of it on a tourist brochure and promptly told myself I have to go there no matter what.

That’s how gung-ho I was. That’s why I drove 3 hours all the way to the West. And I was not disappointed. 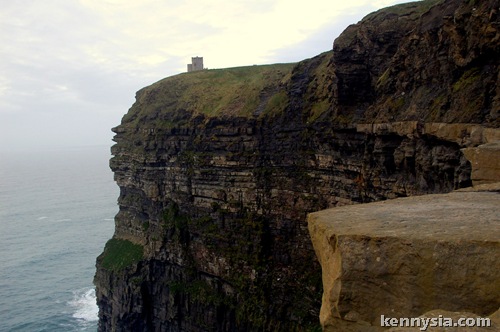 It took me a whole day of driving and I arrived at the Cliffs of Moher shortly after sunset. It’s a good thing though. By then, the hordes of tourists have already departed, and I have the whole place all to myself.

There, I sat on the grass in solitary, listening to the sounds of the waves crashing, breathing in the fresh air of the Atlantic Sea and enjoying the sheer majesty of the 210m high cliffs.

I was at peace. 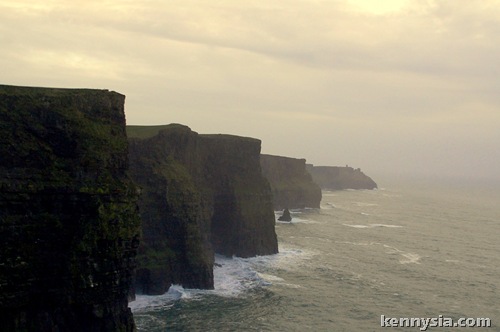 Pictures do not do the beauty of the place any justice whatsoever.

Never before have I seen a seascape this amazing. Not even Great Ocean Road in Australia or Halong Bay in Vietnam can compare to how impressive the Cliffs of Moher are.

My only regret is that I didn’t bring a tripod. As a result, the only picture I had of myself with the Cliffs is this stupid photo. 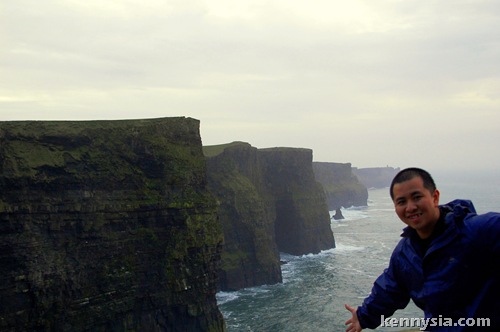 Spoil the picture only.

I love it that the Irish knew how to preserve their natural landscape and chose not to erect any barricades to protect people from falling. The downside is, a lot of people have died after accidentally falling over the ledge. 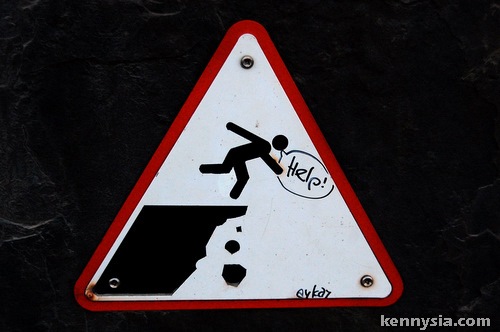 But hey if I had a choice, I’d choose die there as well. It’s too beautiful to leave.

Of course, there are other things to see in West Ireland. 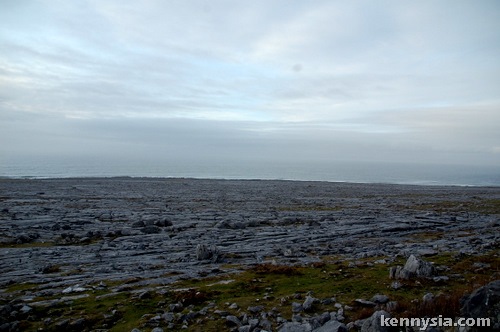 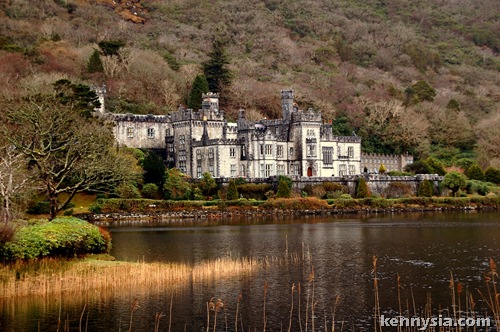 The Kylemore, a Christian monastery that looks more like a castle. 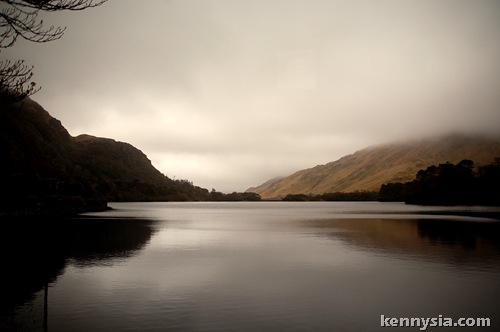 And in general, just endless stretches of postcard-quality sceneries that made me felt like I was living in an entirely different planet.

The Emerald Isle is truly a gem. 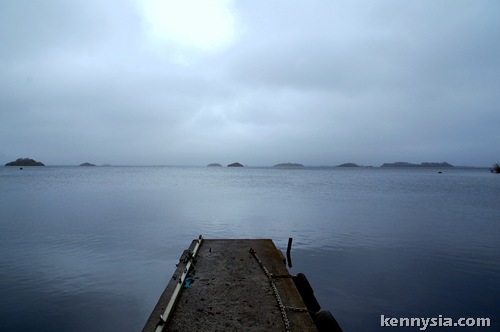 Sure, it was lonely travelling alone.

At the same time, it was also very therapeutic for me to drive around on my own in my rental car, listening to Irish bands like Boyzone and Westlife on the radio. 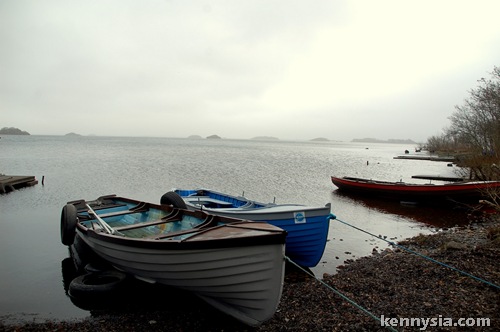 My luck in discovering “hidden gems” away from the usual tourist routes continued when I stopped by a little town called Cong.

There was nothing special about the town itself. But I was drawn in by the sight of this derelict church by the roadside. 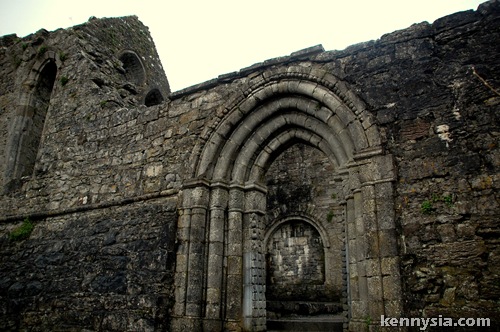 The church was clearly abandoned and now used as a graveyard. Tombstones were littered all over the church floor.

As I explored a bit, I stumbled across a back gate which leads to the beautiful but hauntingly quiet Cong Woods. 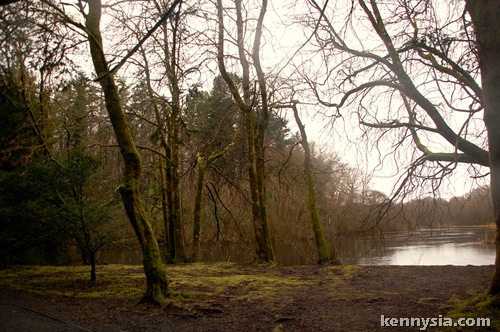 Already I felt calm and relaxed just looking this picture. I don’t even need Enya.

It was raining and there was not a single soul in sight. Something just tells me this place is magical.

I guess if fairies were real, then this must be where they live. 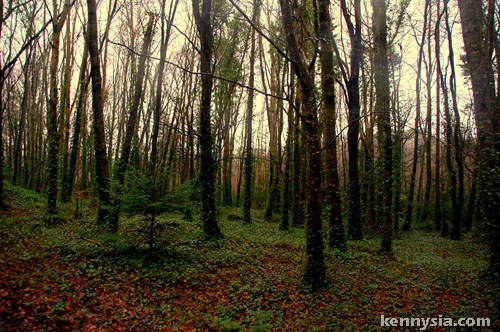 This was more than just a sightseeing trip to me. It was also something spiritually and emotionally fulfilling.

Being alone in the quiet woods, I found myself having the space and clarity to think about things I never had time nor concentration to think about back home. Things like where I want to go in my life, what I want to do with my career and so on. 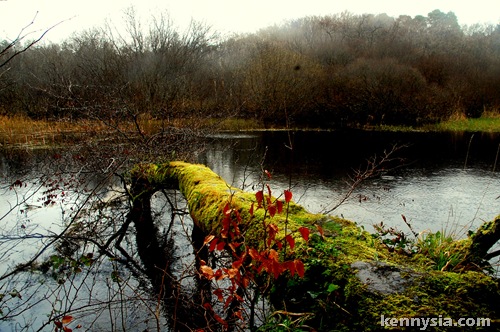 In that sense, I think I’ve found what I was looking for before I set out on this trip. I drove back to Dublin feeling much refreshed and energized.

One thing I definitely noticed while driving around the Irish countryside was how exceptionally friendly the rural folks are. 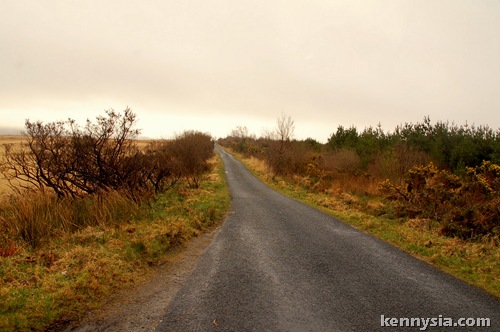 When I lived in Perth, I was already used to smiling and saying “hi!” to strangers if I was walking on the streets. But in rural Ireland, they took it a step further.

Apparently, if you are driving along a stretch of road and another vehicle passes you in front, it is customary for you both to lift your fingers up, as if to give each other a bit of a “hi!” through the windscreens. 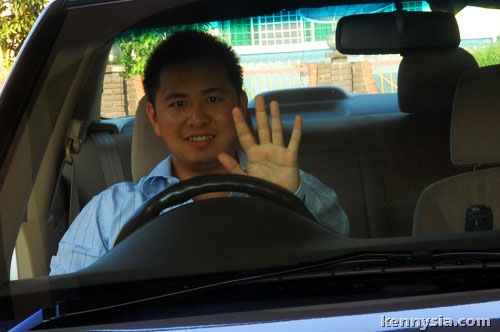 I thought that was a pretty cool culture to have.

The good news is, Malaysians are beginning to catch up.

I remember last time I was driving along the North-South Highway. This driver in a modified Kancil overtook me and greeted me the Irish way as well. 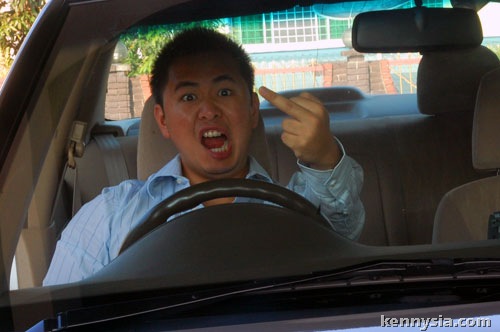 Except he forgot to lift his four other fingers up.

I’m scared of all these pig flu going around infecting me.

Better lose weight so I don’t look like a pig.

110 Replies to “West Side Of Ireland”