While I was in NZ, I had my best diving experience ever at a place called the Poor Knights Islands. 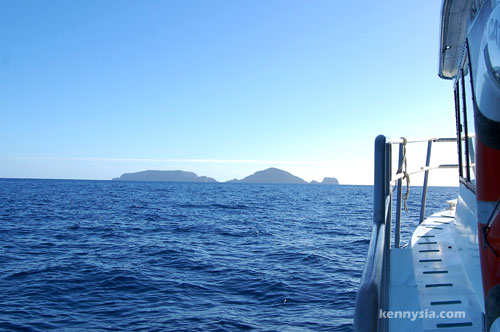 The Poor Knights Islands are called that way because from the way they’re shaped, they kinda look like chess pieces of knights that have fallen down.
They are located 40 minutes away by boat from the remote coastal town with a funny name called Tutukaka, which itself is some 150km north of Auckland. 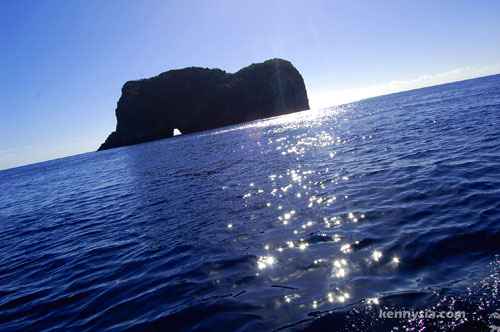 Diving in New Zealand ain’t cheap. Then again, with views THIS amazing, I couldn’t resist forking out the NZD$190 (RM500) it is required for the experience.
Believe me, it was worth every single penny of it. 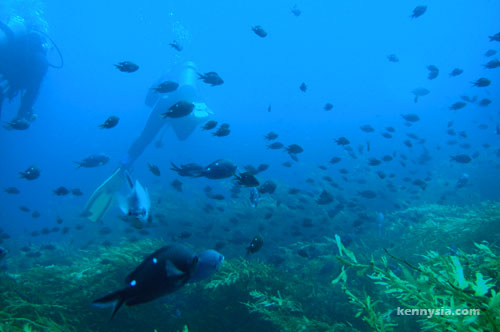 There was nothing quite like dropping down below the crystal blue waters of the Pacific Ocean to find yourself surrounded by masses of beautiful marine life, kelp forests and an abundance of underwater caves.
It was beautiful. An explorer once described Poor Knights Islands as one of the top 10 dive sites in the world, and I agree. Diving in NZ is definitely very different to diving in the tropics back home. 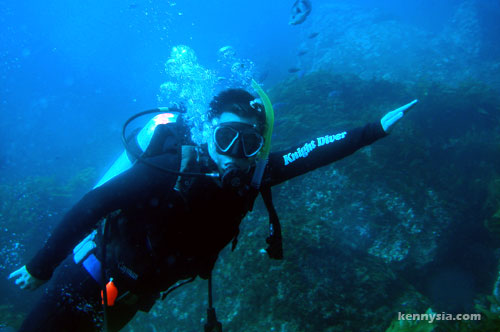 The water is cleaner. The visibility is clearer.
The fish in NZ are bigger.
Kinda like the women here too. 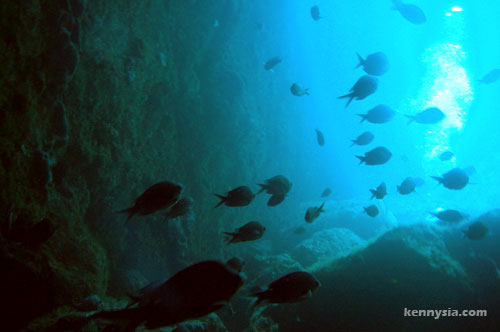 Our dive guide brought us down to 30 metres – the deepest I’ve ever done. We explored a submerged cave and went through what they call an “underwater chimney”.
It was the most awesome experience ever.
When we entered the cave it was pitch black and I couldn’t see anything. All I could do was paddle hopelessly in the dark. As we continued to swim aimlessly forward, suddenly this faint blue light came in from the end of the tunnel and I’m bathed in it. 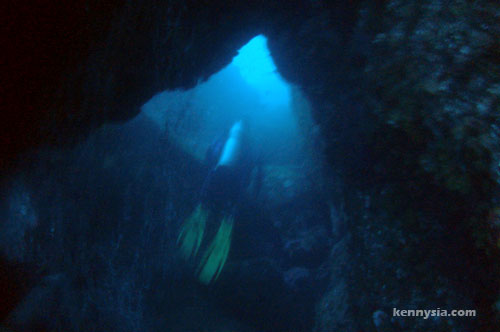 Swimming through that hole, it almost felt as if I was born again. I felt alive!
Now I know what new-born babies went through when their mother squeezed them out. 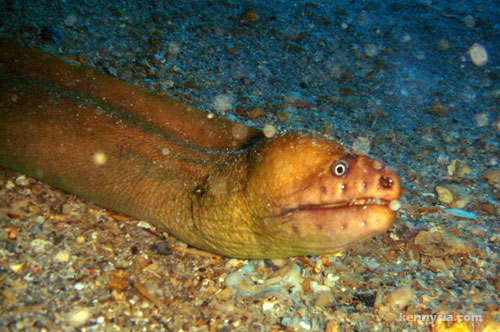 With water so clean and clear, I got up close to many sea creatures, like this tulan-looking moray eel. My guide pulled me away immediately after I took that shot because apparently this eel was coiled up ready to attack. 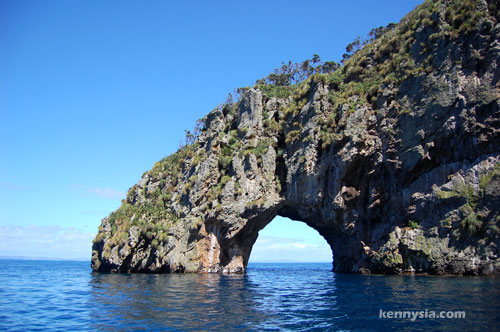 The only problem going that deep down is that I used up my oxygen tank rapidly. By the time I got up the boat after the first dive, I was so sick and drowsy that I puked over the railings twice – something the Kiwis onboard joked as “more food for the fishies”.
It was worth it though. 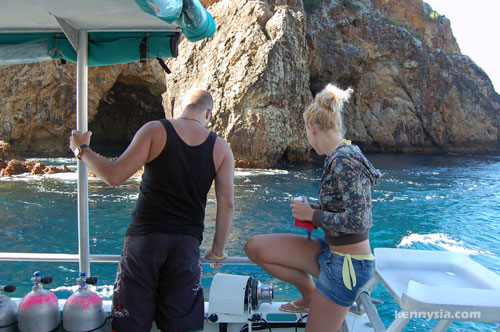 The one thing that continually impressed me about diving in NZ is how clean and pristine the Kiwis maintained their waters. For once, the destination truly lived up their brochure description of an “untouched paradise”. I saw not even a single dead coral nor a speck of rubbish (except for my puke) while diving at Poor Knights Islands.
It’s amazing to see how gung-ho the Kiwis are on the climate change agenda. Every New Zealander has the habit to do all they can to protect their environment, and any damage to the natural habitat of wildlife is heavily frowned upon. 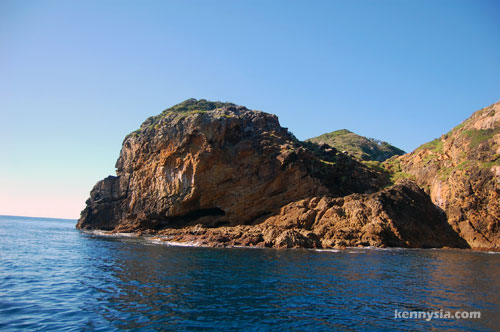 Over there, anyone caught littering in the ocean will be thrown into the water to physically retrieve it. Over here, all we seem to know is how to pay lip service about “protecting our environment” and not do anything about it.
And that’s really unfortunate.
It’s unfortunate because Malaysia has among the world’s largest bio-diversity, and yet we do not really seem to know how to treasure what we are blessed with. 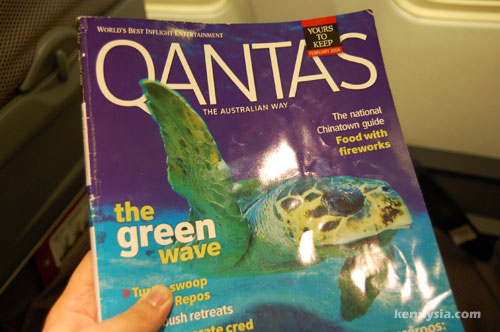 One example is the turtles we have in Malaysia, like what Su Ann said.
Our turtle nests have been decreasing at such a scary rate.We don’t know how blessed we are. People from all over the world travel to our doorsteps to watch our giant turtles hatch their eggs in their natural habitat. And what do we do?
We sell those turtle eggs for RM1.60 each and eat them openly in the restaurants. Smart right? 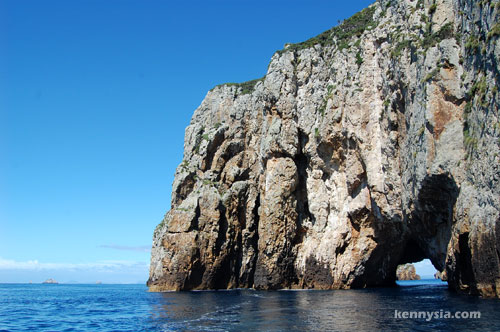 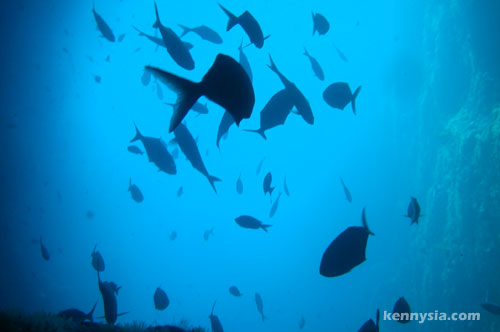 It’s the same thing here in Sarawak. It’s next to impossible for tourists to see our famous orang utans in the wild anymore because of all these massive deforestation that’s been going on. When you rob these gentle creatures of their natural habitat, where else could they go?
There’s no space left.
In Malaysia, conservation is always playing second fiddle to economic development and convenience. 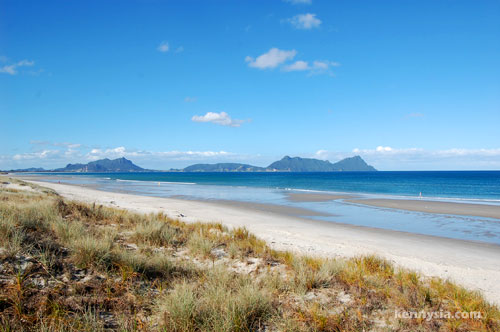 I think it’s ridiculous, and really sad. Compared to countries like New Zealand, we certainly have a lot of catching up to do. Old habits are hard to break, but something about our attitude towards conservation has gotta change.
So after reading Su Ann’s blog, this is what I pledge to do. 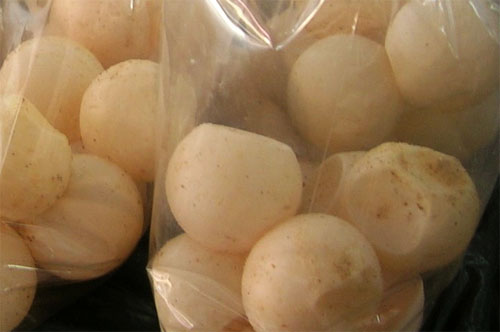 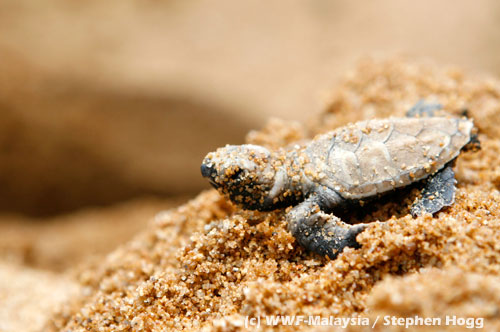 WWF-Malaysia runs a fantastic turtle conservation program to protect turtle habitats and educate local communities, and I pledge my support for them.
My first action start with a small donation of RM3 by sending an SMS with the text “WWF<space>my full name<space>my e-mail” to 39398. It’s so easy to do, I did it and I urge everyone to do the same. 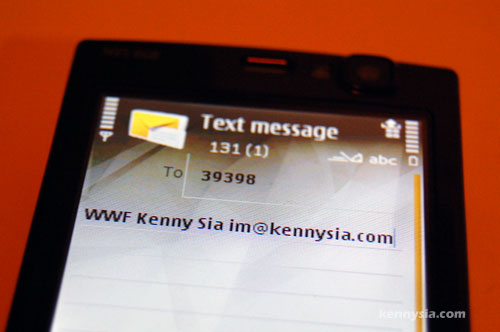 Some people may be skeptical about donations, but there is nothing to worry. More information, including audited reports on how the donated fund was spent, can be found at wwf.org.my
Change may not come overnight. But hey, hopefully every little action we do will mean something, and ultimately influence those around us. 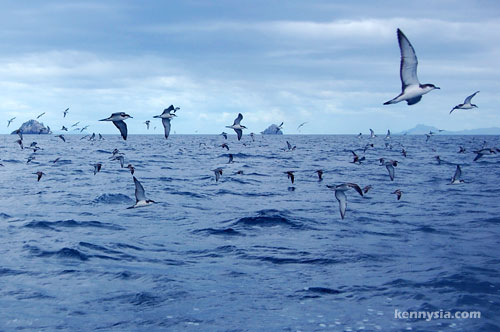 This community message is brought to you by kennysia.com 😉

91 Replies to “Diving With The Poor Knights”