Got a phone call last Monday from an unknown number. 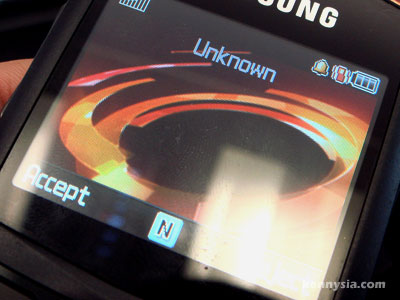 The lady from the other end of the phone spoke to me with that easily identifiable mainland Chinese accent. Ching chong lady told me from she’s from a Hong Kong company, calling me to conduct a marketing survey in Malaysia.
That’s sounded alright, so I obliged and I was asked some pretty standard questions like how old I am, my monthly income and stuff like that. The phone call lasted for about 20 minutes. As a token of appreciation. ching chong lady gave me a lucky draw number for a publicity event they will be holding in Genting.
Since I couldn’t possibly be attending the event all the way in Genting, I didn’t bother writing that number down and just forget about it. 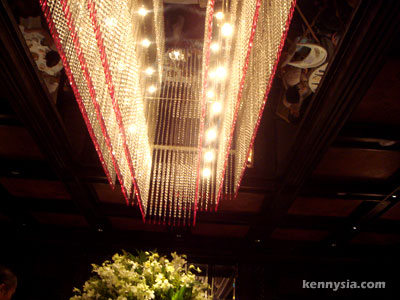 Honestly, at that point in time I could not believe my luck. I had believed Miss Ching Chonglady completely.
HKD$240,000 is about RM120,000. That is a lot of money.
Ching Chonglady congratulated me further. Before we ended our conversation, she advised me to stay safe and invited me to visit their company when they set up a branch in Malaysia. I agreed. She was so nice and courteous that I didn’t even suspect a single thing.
That night, I went to bed feeling elated. I even dreamt about how to spend my prize money. 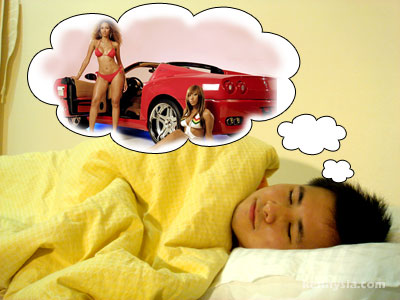 Very early next morning, she called again to arrange for the collection of my HKD$240,000 prize. That is when I first thought something fishy was going on.
Everyone knows that in Malaysia, it takes FOREVER for prizes to reach the winner’s hand.
I should know. I took part in Deal or No Deal Malaysia almost three months ago and until now I STILL haven’t even received my meagre prize money!
And these people who called me are handling the prize collection too efficiently. Of course it looked firshy! 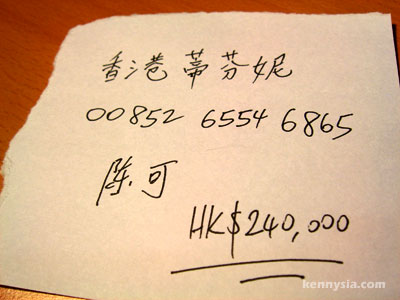 The name of the company was a jewellery company called Hong Kong DiFenNi, and the lady who contacted me is Chen Ke.
I was asked how I would like to collect my prize money, so I suggested she deposit the cash into my bank account. She gave me an option to pick up the money in Hong Kong, but I declined saying it was too inconvenient.
Anyway, I gave Chen Ke my real bank account and IC number, placing my full trust in Maybank to protect the whole 20 ringgit I have in my savings account.
As soon as I hung up the phone, Detective Kenny Sia rushed to the computer and decided to do some investigative work. 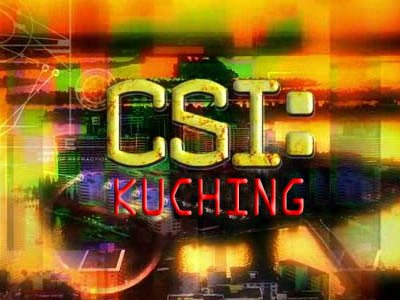 First thing I did was call up Genting Resorts to check if any foreign company called “Hong Kong DiFenNi” had rented out their ballrooms for an event last night. The nice lady at Genting gave me two company names that had booked their facilities yesterday, and both of them are local.
FISHY.
Fine. Give them benefit of the doubt. Maybe they used a local company to rent out a ballroom on their behalf.
Next, I logged on to the Internet to check out the website address they had given me – www.difenni.com.cn 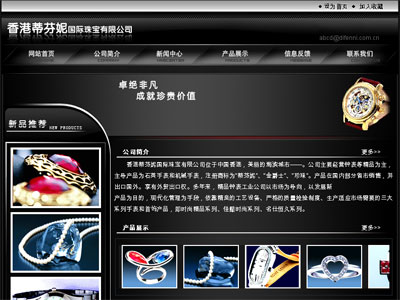 The URL redirected me to another website at www.weidajp.com
At first glance, their website looked awfully professional. They have a news section and a products section typical of any good company website. The phone number they gave me (+852 6554 6865) matches the one on the website. And eventhough the jewellery they displayed on their website looks butt ugly, I must admit that on the whole their website looked very convincing.
Then I looked up the WHOIS registry of these two websites. 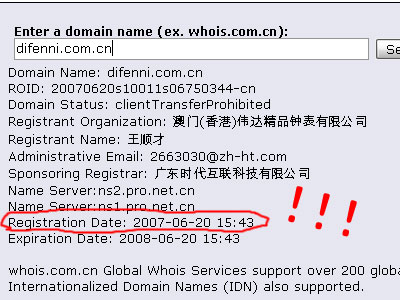 Website is registered on the 20th June 2007. That’s only one month old!
How bloody likely was it for an established international export company to not even have a website until one freaking month ago?
FISHY. So fishy, it’s fishier than a fish market.
Fine. Once again, I give them benefit of the doubt. Finally, I fired up Google and typed in the some search words.
BINGO! I found this. 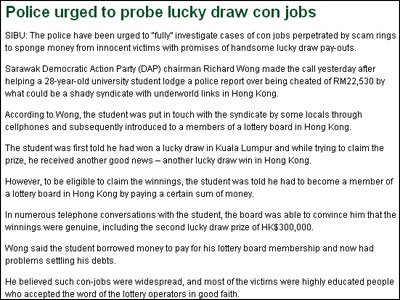 Apparently, this scam has been going around for a while and a number of people in Malaysia and Singapore had fallen for it. The scammers will convince you that you have won a lucky draw, but in order to take the money out you’d have to pay a certain amount of insurance deposit. The scammers will then run away with the ‘deposit’ and you will never see a single cent of your winnings ever.
I called up DAP Sarawak’s chairman Richard Wong at his office because his name was mentioned in the Borneo Post report and I told him about my predicament. Talking him further convinced me that this was a tried and true scam that has been going around for a while. The name of the company was different, but the method of execution was the same.
Since I hadn’t been asked to send them any money yet, I decided to have a little fun with them. 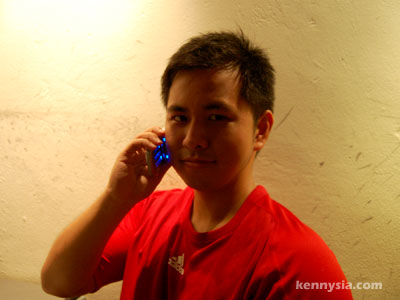 The next time I received a phone call from the scammers, I was talking to a ching chong man instead. His name is Yang Jun.
Whaddya know? Just as expected, I was told that in order to receive my prize money, I need to send them some money as insurance deposit first.

They said there was a law erected to prevent people taking money above HKD$150,000 out of the country. They claimed its for fear of black market or terrorism financing.
To me, that’s just a whole lotta bull. 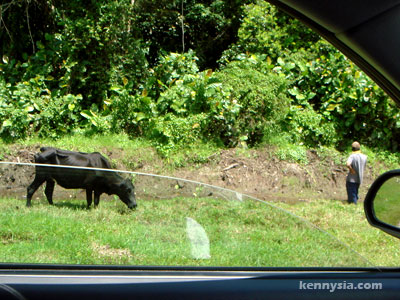 If they wanna force me to buy some insurance deposit, they can just deduct some off my prize money.
But fine. I told them if its illegal to transfer so much money overseas, just send me the limit of HKD$150,000.
“Sorry, the cheque has already been written and we can’t write a new one.” 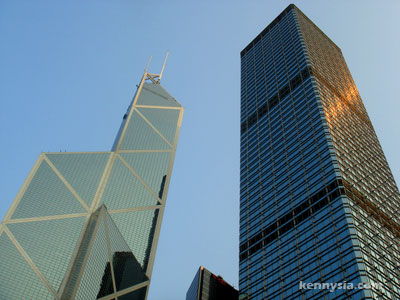 Fine! So I told them I will fly to HK to pick up the money in person. To my surprise, they said they would welcome me with open arms. They even invited me to their “jewellery showroom”.
Immediately I regretted suggesting that. Because if I showed up, those people could very well abduct me.
Maybe even sell me off for gay prostitution or something.
My patience was wearing thin After thirty minutes of international phone call, FINALLY I said to them I “agreed” to pay RM3,000 insurance deposit.
You could almost hear the jubilent cheer in his voice. 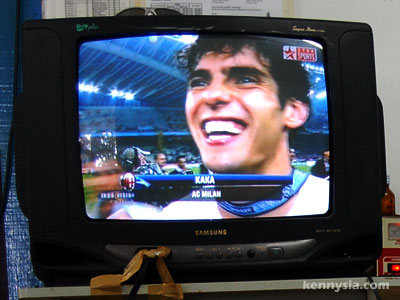 I was asked to contact a Chen ZhenRong who, according to ching chong man, is their “most esteemed accountant who took time out of his very busy schedule to handle your transaction, out of the goodness of his heart.“
It’s funny how these people make themselves sounded like some patron saint of Jesus Christ, when in fact they are more crooked than Barbra Streisand’s nose. 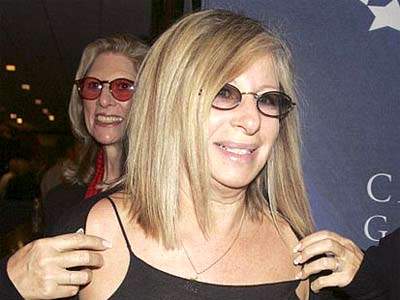 Of course, I couldn’t give two hoots about who this Chen ZhenRong is. Everytime he called, I purposely fooled around with Mr Gold-Hearted Saint Jesus Accountant Who Took Time Out Of His Very Busy Schedule, dilly-dallying, time-wasting, and just giving them endless supply of lame excuses and empty promises.
They were persistent. Annoyed, angry, impatient, but still very persistent.
I am touched. Never have a stranger been so desperate to give me RM120,000 before. 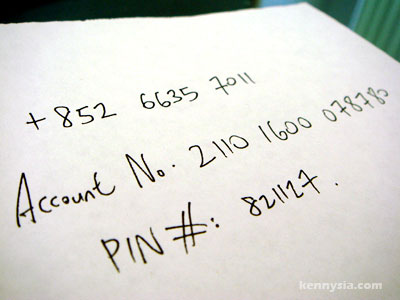 What I am REALLY impressed with is that these people are so convincing and so organised. There were virtually no holes in their web of lies.
I was even given a number of a Hong Kong bank to contact. When I called, the automated voice prompt confirmed that HKD$240,000 is sitting there waiting in my bank account. All they need is my RM3,000 insurance deposit.
You can try it yourself. The phone number was +852 6635 7011. My bank account number is 2110 1600 0787 80 and my PIN number is 821127. 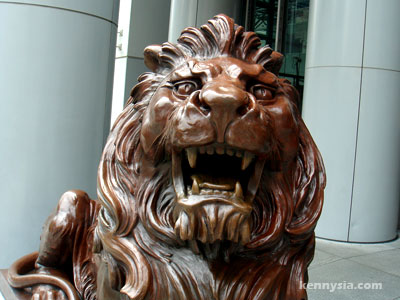 Click on it to listen!
Don’t worry if you can’t understand Chinese. There are English subtitles. 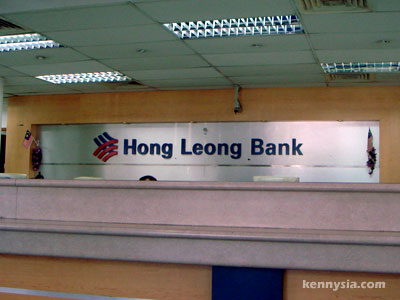 Anyway, I was told to put the RM3,000 insurance deposit into their Hong Leong bank account 023-51-06038-8, under the name Eu Sok Eng.
But after playing with them for so long, I decided I have had enough fun. Yesterday, I visited our local Hong Leong Branch and banked in the money for our friendly HK scammer. 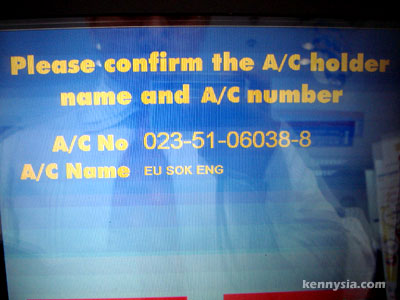 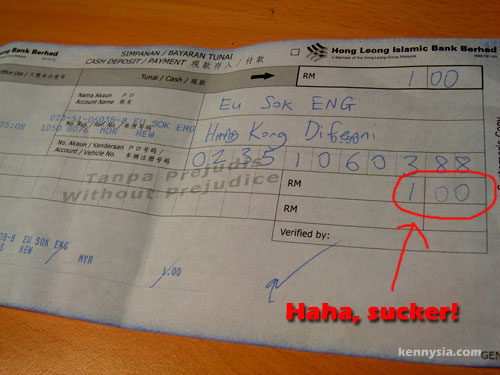 AD: PaperGirlsShop is a an online store selling girly clothings that is hugely popular in Singapore, mainly ‘cos these people go through great lengths employing an army of sweet demure-looking chicks to model their clothes.
PaperGirlsShop now accept orders from Malaysia with a minimum purchase of 3 items. So if you’re the type who enjoys shopping for all your girly stuff online, head over to papergirlsshop.blogspot.com and check it out.

615 Replies to “Cheated By The Hong Kong Lucky Draw Scam”