This Chinese New Year, pay attention to your surroundings. Don’t be surprised if you feel the atmosphere is a little bit different. 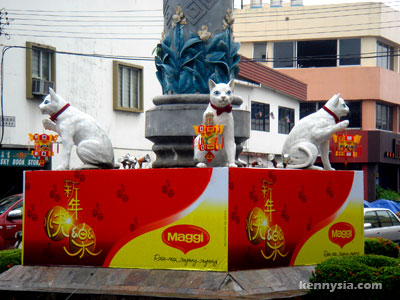 One only needs to walk through Kuching’s Chinatown at Padungan Road to find our cat statues is not only decked in their Chinese New Year costumes, they are now also holding latterns bearing the likeness of packets of Maggi Mee instant noodles. 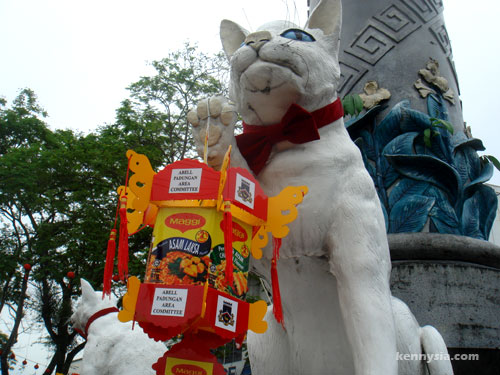 Well, at least it’s Maggi. Can you imagine what those cats would dress like if Triumph underwear were to sponsor the whole thing? 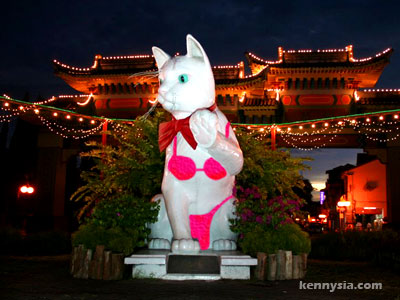 That’ll give a whole new meaning to Kuching’s nickname of Pussy Town.
This wasn’t the only instance of advertising infiltrating our festive celebrations. A while back I witnessed an interesting lion dance performance that is unlike any other I have ever seen before. 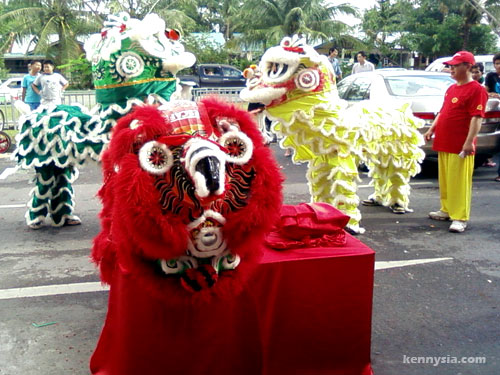 At first sight, the trio of lions look just like any other ugly lions we see on Chinese New Year.
But these ones are slightly special. If you look close enough, you would notice that the green, red and yellow coloured lions have the logos of a certain brand painted on them. 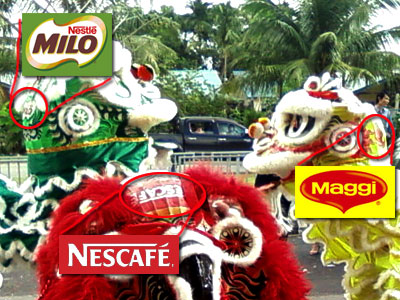 Guess what? Three lions are named Milo, Nescafe and Maggi! Oh my.
What was previously a good ol’ traditional Chinese custom of lion dances, now doubles up as a platform for advertising.
Times must be difficult for this troupe of lion dancers. You must not blame them for resorting to this though, especially considering the only time these lion dancers can earn any profit from their hard work is during Chinese New Year. Of course they’ll do what they can to maximise their profits lah.
Heck, even the Chinese drum they use sports a huge logo of Maggi on it! 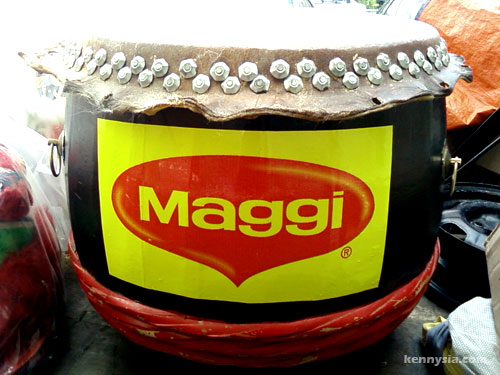 I don’t know about you, but I bet that thing sends out secret subliminal messages. With every beat of the drum, the audience become subconsciously urged to buy Maggi products on their next trip to the supermarkets.
No wonder I got craving for instant noodles after watching the performance.

I was staying at a friend’s place during my brief stopover in KL. It was located on a hilltop residential area near IOI Resort. When we passed by a palace-looking building building with a huge compound and I turned around asked her,
Kenny: Hey, is that IOI Resort Hotel?
Friend: What? No! That is my house.
Kenny: !!!