This is the BERSIH Rally, last year on the 10th November. 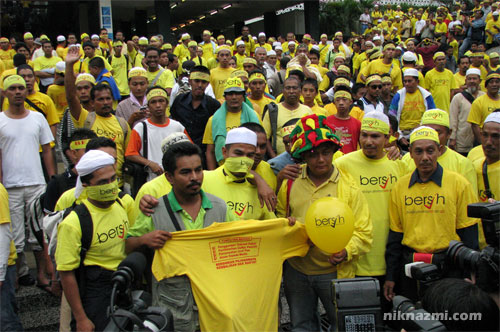 40,000 Malaysians of all races took it to the streets of KL to campaign for free and fair elections.
It was a largely peaceful protest according to many people who were there. However, the police saw fit to fire tear-gas and water cannons towards the crowd.
Many see the police’s heavy-handed tactics as unnecessary. 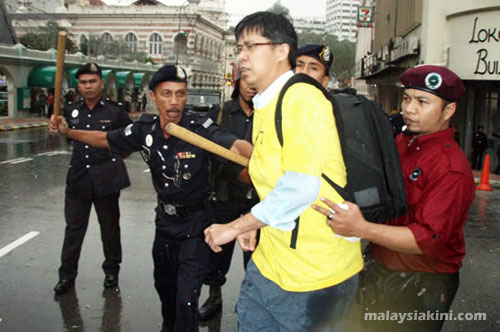 The actions of BERSIH were damned to hell by the newspapers. Despite all that, the Election Commission eventually caved in and used transparent ballot boxes and indelible ink for this election.
Nevermind the fact that RM2 million worth of indelible ink was not used at the last minute. 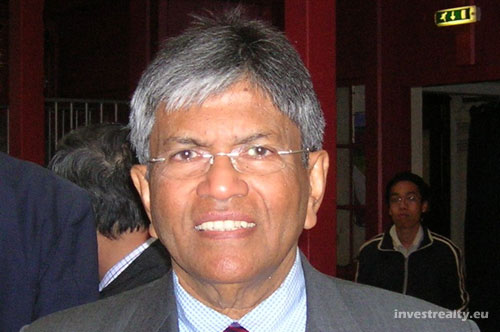 During the protest, Malaysia made international headlines when our delusional Information Minister stutter and stammer his way onto Al Jazeera news. 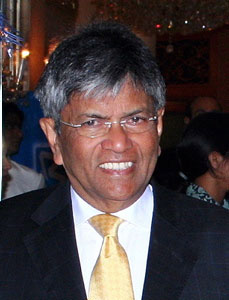 In what can only be described as a “The Zam Rap”, Zainuddin Maidin, fondly known as Zam, blasted out against the interviewer, uttering such famous phrases as, “You think that we Pakistan, we are Burma, we are Myanmar!”
And, “You-you-you-you are here with the idea, you are trying to project, what is your mind!”

Fast forward to the 2008 Elections. Zam suffered a heavy defeat and lost his parliamentary seat to PKR. Even Tun Mahathir laughed at him, saying that “the way he was campaigning was really funny, telling people to look at his face and how it doesn’t change.”
Because he is no longer an elected MP, Zam must therefore step down as Information Minister. 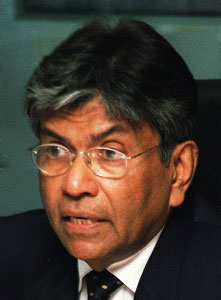 I say good riddance. He was never good at that job anyway. Among his many achievements in his 2 years, Zam has called bloggers stupid, suggested classifying bloggers as ‘professional’ and ‘non-professional’, and managed to say with a perfectly straight-face that Malaysian news media is not biased.
Of course now that he lost, he’s probably gonna say that the election is not fair.
Maybe next time before the next elections, we might see Zam in the news again like this. 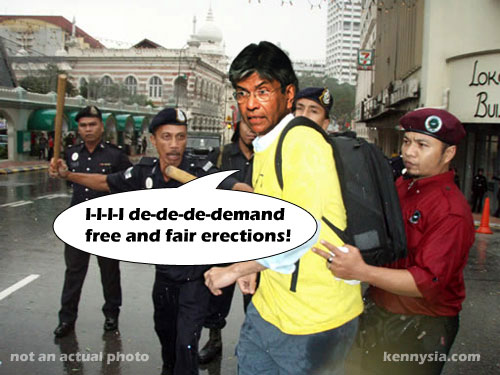 “You think that we Pakistan, we are Burma, we are Myanmar!”

This coming Sunday (16th March), I’ll be delivering a blog seminar in Johor Bahru for the Landmark IT Mall Computer Fair.
I heard that they hung a bloody huge banner outside the mall with my bloody huge face on it.
I don’t know why they do that, but maybe they wanna scare away evil spirits.