Wonder if everyone has watched this video floating around on the Internet.

I love that ad so much.
Because that was my EXACT reaction when Heineken invited me to their brewery Tavern at Sungei Way. 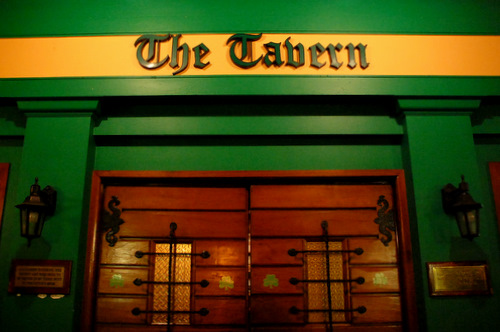 Many have heard of The Tavern, but few people have been allowed to step inside. Unless special prior arrangements were made, the freshest free flow of beer in Malaysia are usually off limits to all but the invited guests of the factory. 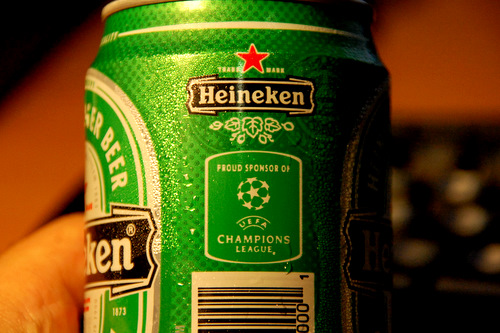 Heineken is one of the main sponsors the UEFA Champions League and has been planning a lot of activities for football fans to watch the Champions League grand final either live in Rome, or on a big screen in a private island together with fans from around the world. 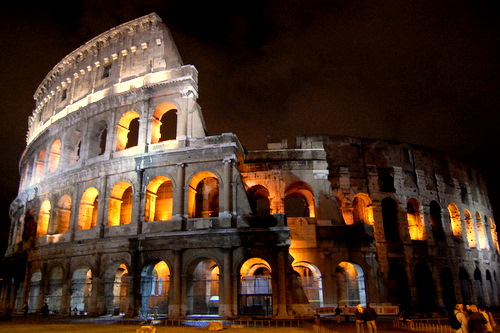 For a chance to win an all-expense paid trip to watch the Champions League final live in Rome, they’re asking guests to RSVP themselves at www.heineken.com.my to one of Heineken’s A Night In Paris Rome parties happening in Ipoh, Johor, Miri and KL.
It’s worth a shot, but invitations to the parties are limited and only three winners will be selected to go to Rome.
Most people would probably have a better chance winning the trip to watch the Champions League final on a private beach in Thailand instead. 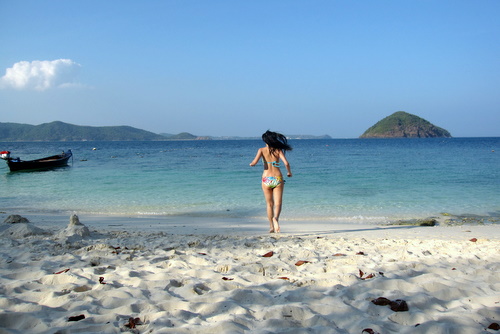 Bikini model not included.
What is included is the tickets to Thailand, free flow of Heineken beer, and an all-round great time together football fans around the world.
True to Heineken’s penchant for online games, the only way to win those tickets to Thailand is by putting your football knowledge to a test at www.starfinal.com. 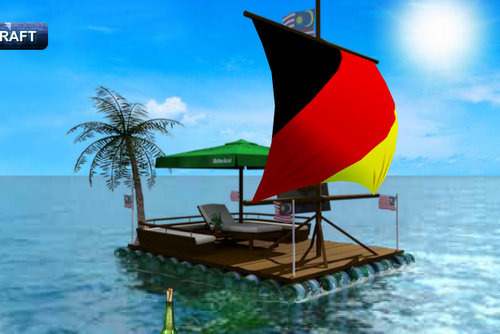 It’s an online game with a twist. The more questions you answer correctly, the smarter you are in multiplayer strategy, the quicker your raft will move towards Destination Thailand.
While mingling over beer at the Tavern, the couple of us decided to take part in an impromptu Heineken Beer-Pouring Competition. 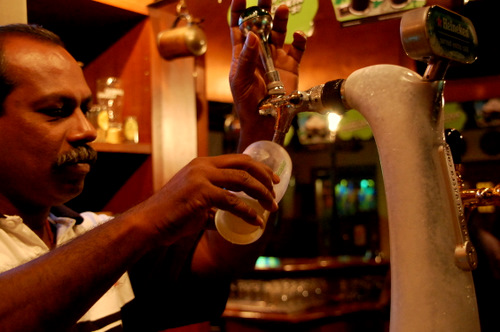 The master bartender was on hand to demonstrate what it takes to make a good pour.
Believe it or not, eventhough the beer may come from the same tap, different bartenders will produce beer that tastes differently.
A good pour will give a beer that has a foamy head of approximately two fingers’ height. 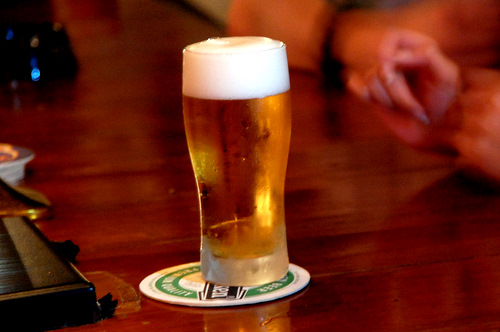 If the head is too thick, then the first sip will end up being all foam. If the head is too thin, the beer is gonna taste flat and metallic.
Trust me, it’s a lot more difficult than it seems!
Each of us had a go at it and for some reason all the girls did very well despite none having any experience whatsoever behind the bar. 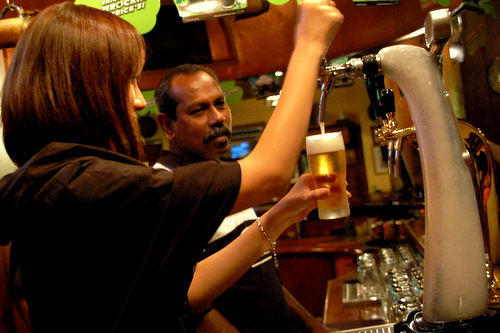 The guys, to put it bluntly, sucked. Try as we may, all the guys had trouble putting a decent head on the beer. The only guy who did well (I think) was Robb.
One thing I learnt at the Tavern is that being a good beer drinker does not necessarily mean you are good beer pourer. Because there was absolutely no questions as to who was the WORST beer pourer in the Tavern that night. 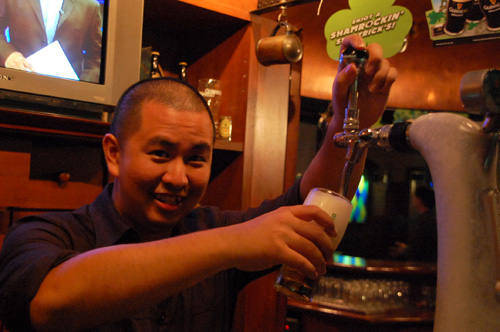 Yes mom, it was me.
Behold, my beer-pouring masterpiece. 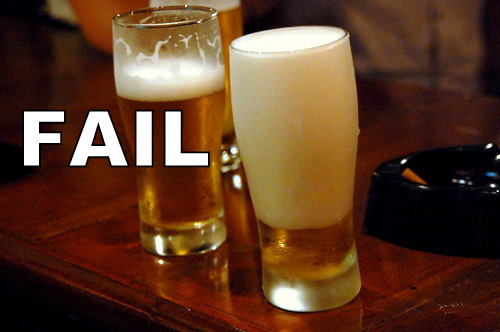 EPIC FAIL. It was not just two fingers tall. It’s the whole freaking hand and a HALF.
Confirm lah I cannot make it as a bartender. 🙁
I don’t know what the heck I did wrong. Why can’t I pour a beer with a good head? 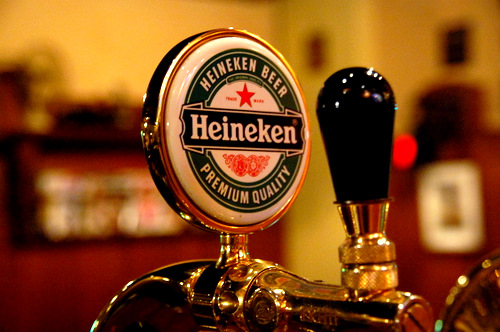 And how on earth I could possibly lose to all the girls and a gay dude in Heineken pouring contest?
So unfair. It’s like they knew some kinda SECRET to beer-pouring that I don’t. Luckily, it was only much later that I was let in on THE SECRET. 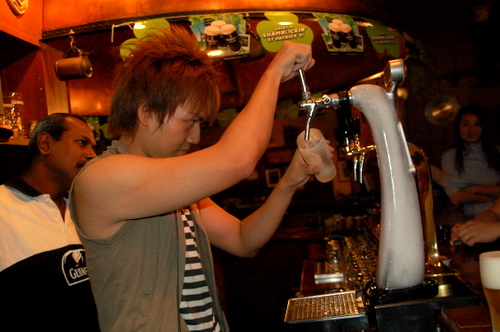 Apparently, the SECRET to giving a good head, is to pull back at the right moment.

In Japan, “steamboat” is called “nabeh”.
I was so confused when the waitress asked, “would you like some nabeh?”

65 Replies to “ADV: The Secret To Pouring A Perfect Glass Of Beer”