A few months ago when I was in Ireland, I did what all travellers who set foot in Dublin do. 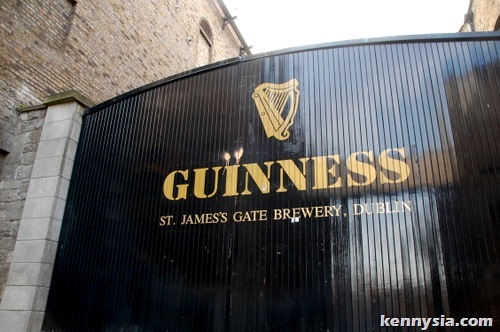 I made my pilgrimage to St James’s Gate Brewery, home of Guinness, also known by some people as The Disneyland for Grown-Ups.

The minions working for Guinness have set up an elaborate multimedia-style exhibition showcasing the origins of the black beer. 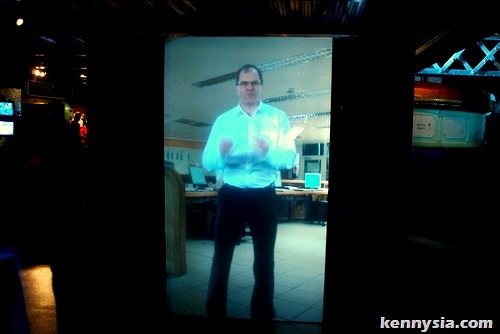 For some reason, a lot of their exhibits feature a man in blue shirt and gray pants speaking very enthusiastically through a projector screen about the beer.

I just would never have imagined that some four months later, this man would again appear right before my eyes. 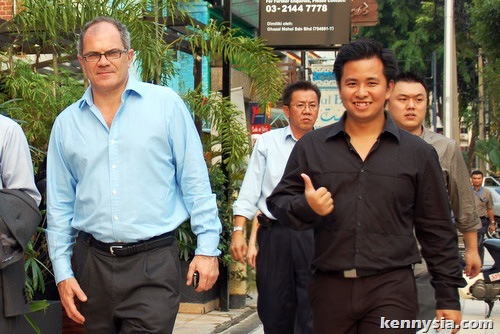 It’s like he literally walked out of the projector screen. I didn’t know at the time who he is, or why exactly is he so important. Only much later did I find out his name is Fergal Murray.

That, and he holds the single most important job in Guinness Breweries worldwide. 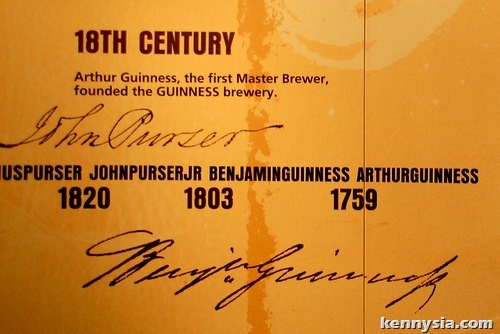 Much like how in the movie Transformers, The Primes are the guardians to the Matrix of Leadership, the recipe for brewing Guinness is also one closely guarded secret.

It is a 250-year-old secret which has been passed down generation to generation from its founder, Sir Arthur Guinness. It is a secret known only to an exclusive number of people they called The Master Brewers. 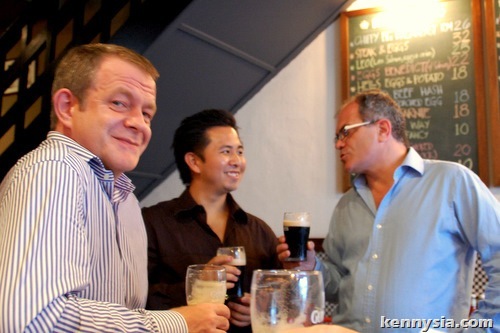 Fergal Murray is the latest in the long line of Master Brewers who knows all about the brewing of Guinness. Despite my best efforts asking him how to make my own black beer, he just wouldn’t tell.

The guy said something like he can tell me but then he’d have to kill me. Then I said he can kill me, but there’s already a beer called Kilkenny. 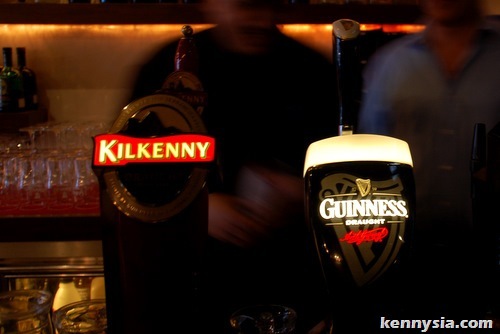 To him, Guinness is serius bizness. Nothing satisfies the Irishman more than ridding our local bartenders of bad practices and educating them to perform the famous two-part pour, craft the perfect pint, and serve it with the same amount of love and care that he puts into brewing the 250-year-old beer.

Some people said that they don’t like the bitterness of Guinness. The truth is, a nicely-poured Guinness fresh from the tap shouldn’t taste that way. There’s the sweetness of caramel and roasted malt hidden amongst the flavour that can only be tasted when the bartender gets it right. When you can feel those flavours in your mouth, that’s when you know you’ve got good beer. 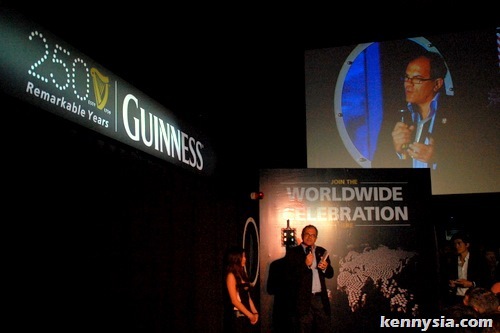 Anyway, the reason Fergal Murray was in town is because he’s here to launch the 250th Anniversary of Guinness.

When I first got the invite, I was curious. 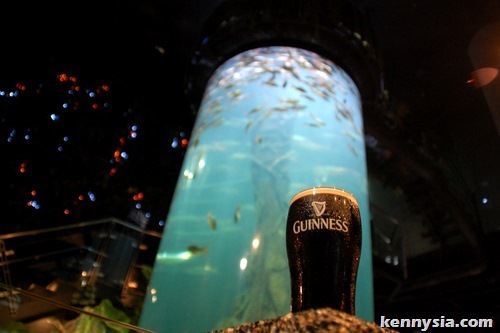 It was the first time I have ever attended an event held inside Aquaria KLCC.

Why, of all places, Aquaria KLCC?

The reasons became clear when I arrived at the venue. 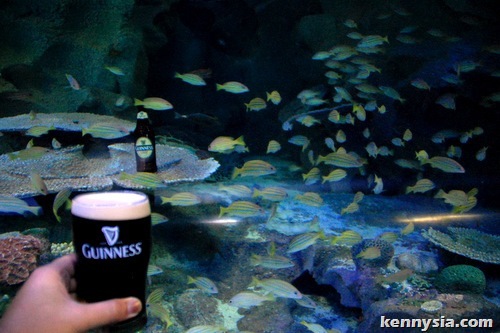 Guinness was experimenting how to feed fish with beer!

No, just kidding. The fish in Aquaria KLCC are not above the age of 21. 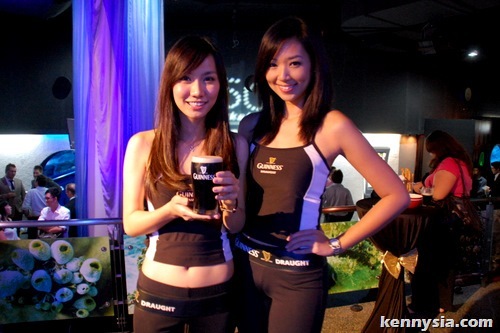 The launch was held in Aquaria KLCC because as part of its global 250th Anniversary celebrations, the brewery is running a HUGE global contest. The contest is so huge, that Guinness will be giving away three extremely remarkable once-in-a-lifetime experiences.

These prizes are so huge, unique, so jaw-droppingly amazingly, that quite possibly no other competition in the world would be able to replicate it for a long time. 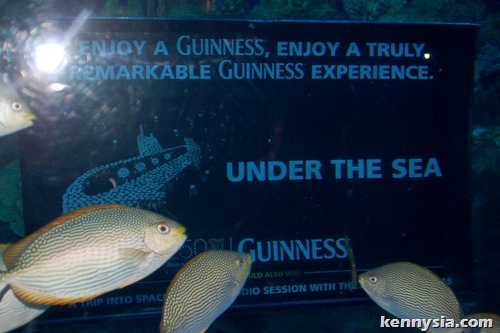 Prize Number One is the Guinness Sea Experience.

First, the winner and two friends will be flown all the way to Norway. After enjoying an incredible four day stay on an island, they will board a purpose-built submarine that plunges deep into the depths of the ocean.

There, the exclusively-designed G250 Underwater Bar shall open for business for the winner to enjoy a pint of black beer while being surrounded by beautiful seascape.

It is
guaranteed to be an experience like no other. 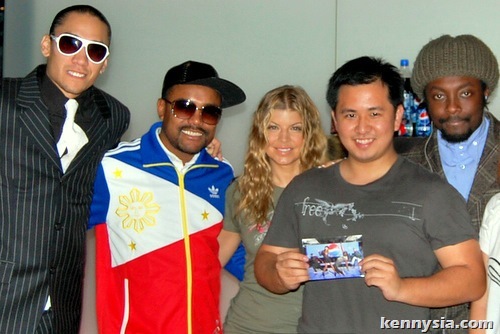 For this one, the winner and two friends get to hangout with The Black Eyed Peas! Imagine having the world’s most popular hip-hop band performing live to you privately in their studio, then boast about drinking the black stuff wit The Black Eyed Peas afterwards. 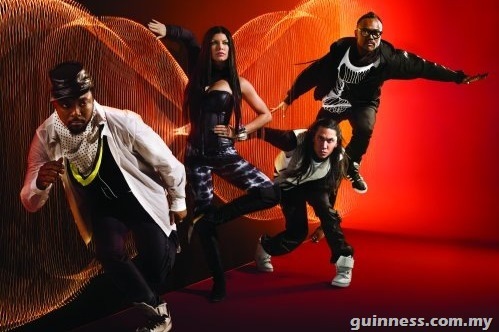 You can ask will.i.am where he got his body from (he got it from his momma). 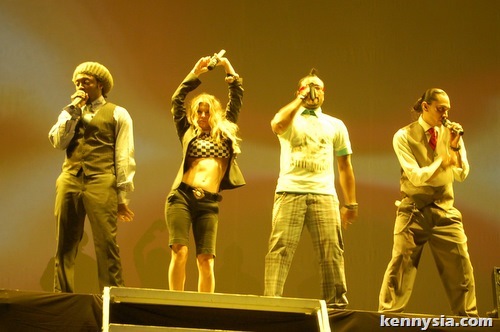 But if you think those two prizes are good, wait till you hear the third ultimate prize.

The third prize is so outrageous, so incredibly epic that it’ll make you wanna forget about those two prizes and sink the Black Eyed Peas into the depths of the ocean. Permanently.

The third prize is a trip into… 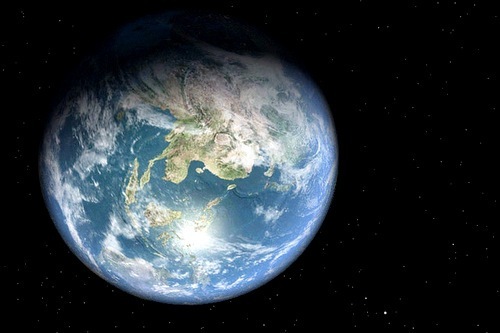 The winner and a friend flies off to New Mexico, USA – home of Spaceport America. 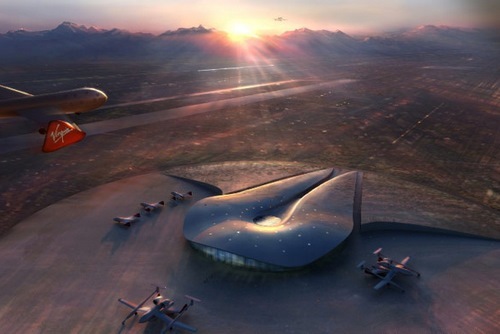 Here, you will undergo the three-day training course to ensure you’re physically fit for the space odyssey before you’re cleared to hop on the Virgin Galactic Spaceship. 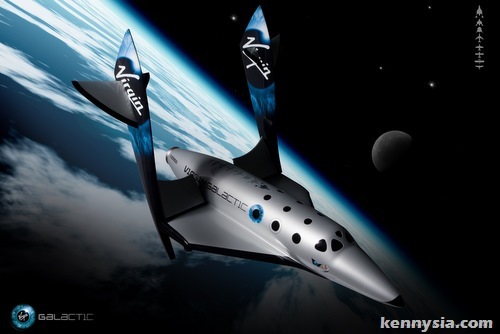 You will have the privilege to become one of the first few non-professional astronauts in the world to jet off into space. As you exit the Earth’s atmosphere and float off your seat due to the weightlessness, raise your pint glass towards your friends back home on Planet Earth to give them one big yam seng!

Now, everyone can be an angkasawan. (If you are really lucky lah.)

This is Virgin boss Richard Branson telling more about the Guinness Space Experience.

The big question people might wanna ask is, how do you enter this once-in-a-lifetime global contest? The prizes are so big, it cannot possibly be that easy to enter, could it?

Do you have to take silly photos of you being kidnapped inside the back of a car? 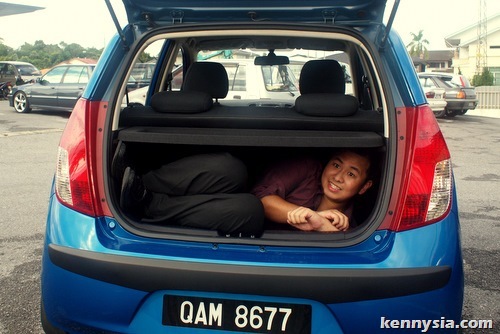 Do you have to dress up as that frumpy old lady on Internet from Britain’s Got Talent? 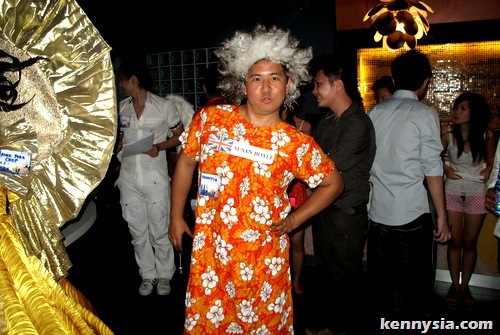 Do you have to drink the whole brewery worth of Guinness? 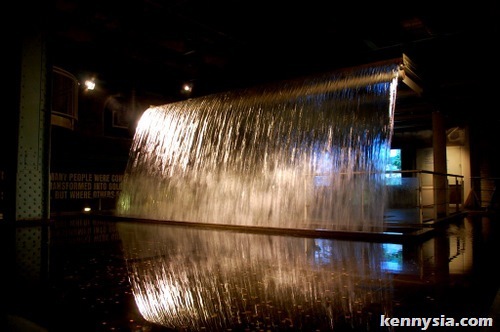 It’s damn easy one. For a chance to win a submarine trip to the depths of the Norwegian Seas, or a private performance by The Black Eyed Peas, or a flight onboard the Virgin Galactic Spaceship into space.

All you gotta do is answer this one dead simple question. 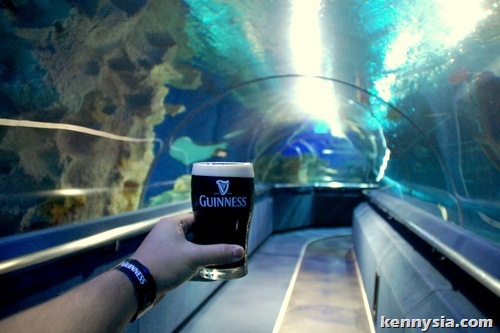 “True or False? Guinness is celebrating its 250th Anniversary since the signing of the lease at St James’s Gate Brewery, Dublin in 1759.” 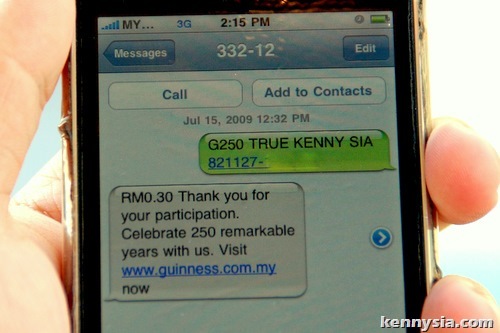 Please take me to space if you win.

Blog Plug of the Day: Cocktales, by the Thirsty Blogger.

My favourite entry? How to make your own authentic Sarawakian Tuak!

46 Replies to “ADV: Possibly The Biggest Contest You Will Ever Wanna Win”