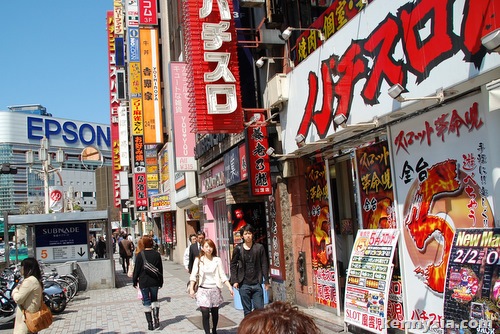 For years, Japan has isolated itself from the rest of the world. So much so that a lot of weirdness that goes on within the country were never discovered anywhere elsewhere. 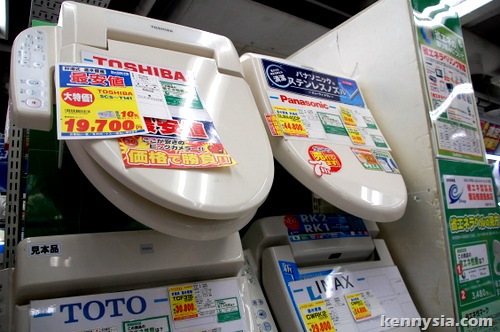 Shopping in Japan is interesting because they sell all kinds of crap. 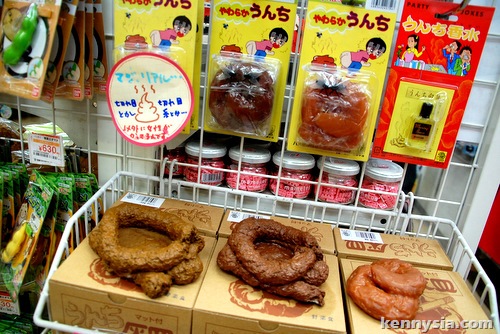 Literally, all kinds of crap.

During my recent trip to Tokyo, I was in the anime central of Akihabara and discovered that a lot of items so weird, it made me go, “Wah! Liddat oso can?”

You gotta seriously wonder what decent human being would buy stuff like the Infinite Bubble Wrap. (¥798 or RM30) 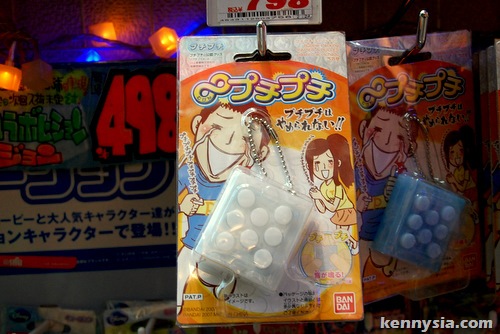 This is a simulator that lets you enjoy the satisfaction of popping a bubble-wrap infinitely. Don’t take my word for it.

Here’s a TV ad to tell you how fun the Infinite Bubble Wrap is.

I don’t understand a single word of what they’re saying. But if I interpreted the ad correctly, this is one device that will literally make you cry uncontrollably.

If popping bubble-wraps does not interest you, then guess what? There’s an Infinite Box-Opening Simulator too! 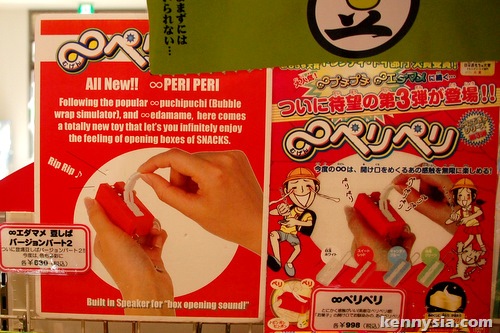 Guess what? It even comes with built-in speaker for “box opening sound”!

Considering the fact that Japanese people have invented so much cool stuff, I’m pretty sure the Infinite Box-Opening Simulator is the single most useless gadget ever sold on the market.

Toys aside, even normal things that we are so used to in our daily lives can come in ridiculously amusing forms. 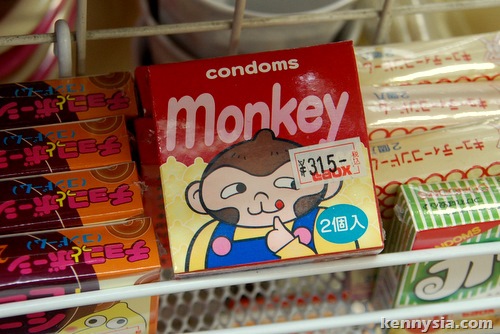 But still, not as ridiculous as what I encountered next. 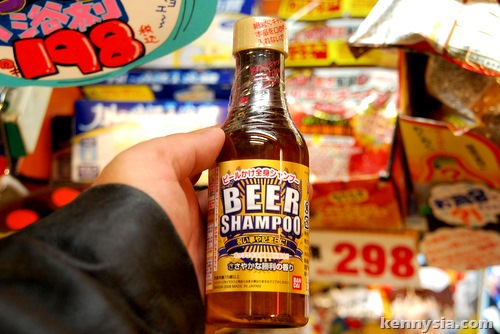 Ever get the feeling that your hair felt left out when every time you down a icy cold glass of Guinness Draught? Fret not, crack open a bottle of BEER SHAMPOO and your hair will feel instantly relaxed.

But what if you are under the age of 18 and not allowed to enjoy the tantalizing smell of alcohol in your hair? Not to worry. 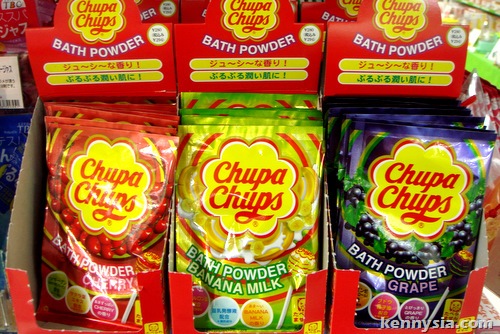 Makes your skin smooth, supple, sweet and delicious like a lollipop. Guaranteed to attract strangers come and lick you afterwards!

At least Beer Shampoo and Chupa Chups Bath Powder are amusing enough for me to wanna buy them. But I realised Japanese people seems to get absurdly excited over simple things as well.

Like this a toy that plays the sound normally heard on Japan Railway trains. 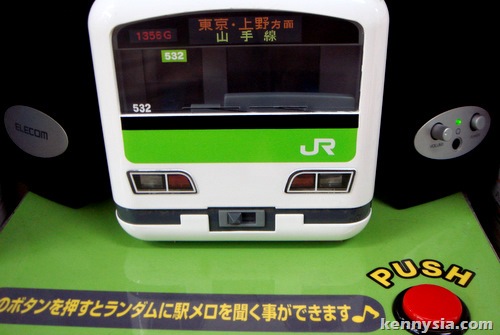 Press one button, and the speaker goes, “Next station, Ueno. Doors closing.” 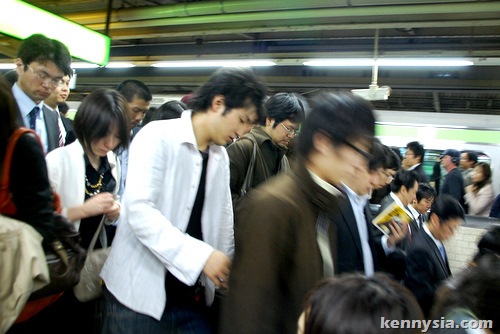 If not for the fact that riding Japanese trains during peak hours is the single most torturing experience I’ve ever had in Tokyo.

Toys aside, shops in Akihabara do sell a lot of things I’d find plausible. 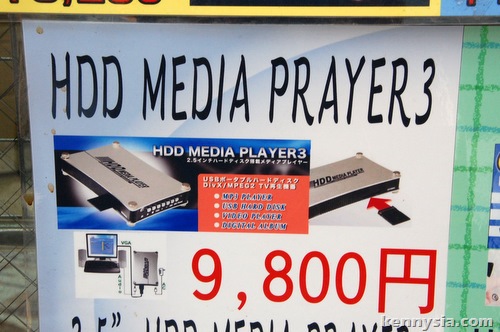 Very easy to use. Just plug and pray.

Shopping in Japan is very amusing. But hidden amongst all those useless items, sometimes you find nuggets of gold that may actually impress people.

I know one four feet nine girl who would be very happy to have this in her lunch box. 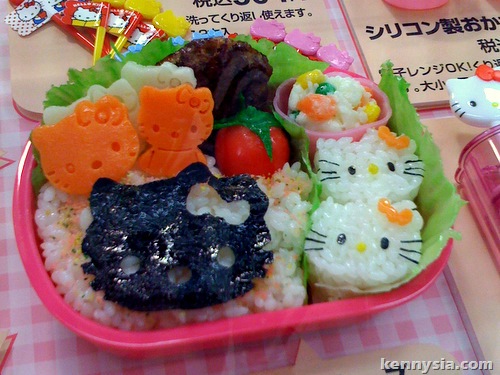 Yes. a Hello Kitty bento box. Even comes with shapers and cutters to make your rice and vegs into various shapes of Hello Kitty.

It’s quite amazing to see that Hello Kitty is still very big in Japan. 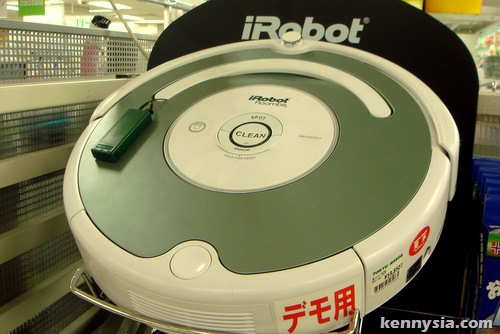 … comes with a Hello Kitty Version. 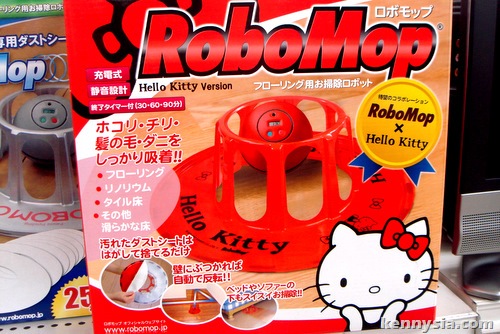 The world is slowly being taken over by a mouthless cat.

Luckily, this RoboMop, like many other Hello Kitty products, are designated to be for sale in Japan only. 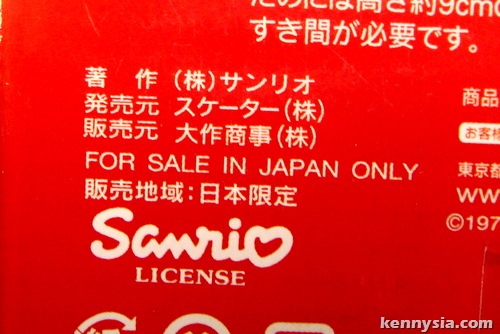 It’s not possible to bring it into Malaysia, unless you buy it online from some website.

However, there was ONE ITEM I really really really wanted to buy in Japan. But failed.  I had searched for this item in almost every single shop in Tokyo but still I couldn’t find The Stuff I Was Looking For.

Until I discovered through vPOST Smart Shopper.

Here’s a listing of virtually every single store in Japan I’ve encountered. All the big and popular ones like cosmetic Fancl, clothing store Nissen and toy shop Strap-ya are in there. Language is not a problem most of the time when Google Translate does its job properly.

It was through Smart Shopper that I come across a website called Rakuten. 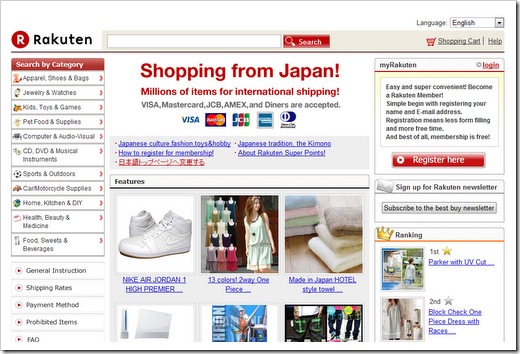 This Rakuten site is ridiculously comprehensive. It is like the BE ALL END ALL of almost every single micro-organism ever created in Japan. They sell even those exclusive ones not sold ANYWHERE ELSE in the world. Hello Kitty Robomops, limited edition Transformers toys, you name it they’ve got it.

And yes, it also sell The Stuff I Was Looking For.

I didn’t use the site’s shipping service however because it’s freaking expensive. 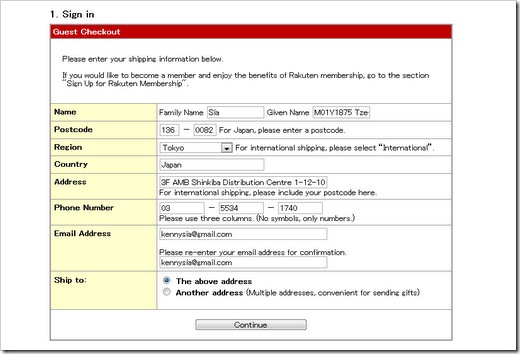 Instead, I got myself a Japanese postal address through vPOST!

It’s a mail service operated by Singapore Post that lets you have your own postal address in USA, Europe or Japan. With that, not only can you buy stuff from people that don’t normally ship to Malaysian addresses, you save heaps on shipping charges when you buy things online. 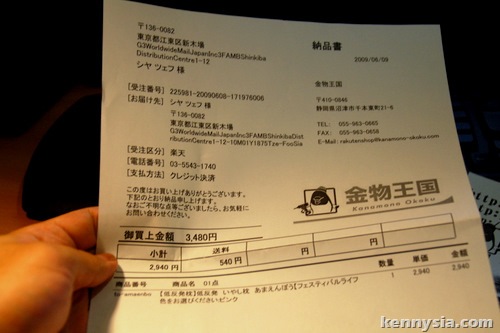 Rather than having the item sent directly to me, I instructed Rakuten to send The Stuff I Was Looking For to my vPOST Japanese address.

For first-timers who’ve never used this service before, you can qualify for a first-timer’s discount. Next time you wanna buy anything online from USA, Japan or Europe, try out vPOST.

Before paying for it, enter the promo code 094FRVK. 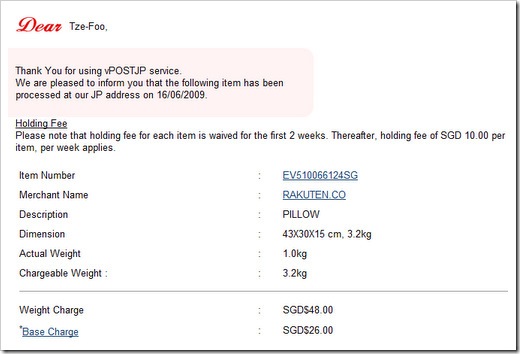 Automatically, SGD$10 disappeared off your bill, and if you’re lucky, you may even get a pair of X-mini speakers thrown in for free. (T&C’s click here.)

When they got my item, I paid the shipping fee and within just a few days, this HUMUNGOUS package arrived at my door steps, containing The Stuff I Was Looking For. 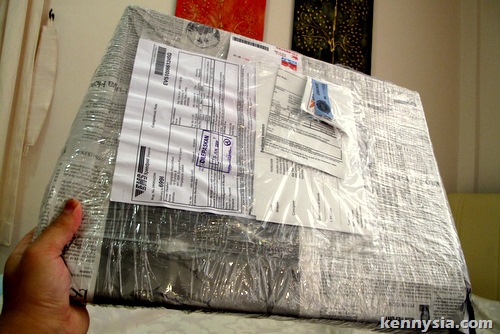 Even came wrapped in a one-week-old copy of the Japan Times.

Wanna know exactly what was The Stuff I Was Looking For that I bought from Japan?

Because I went ahead and bought myself… 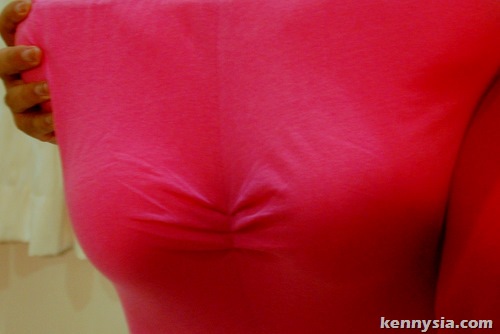 Specifically, my most favourite part of a girlfriend. 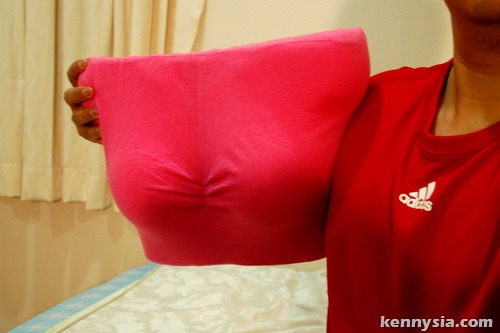 Yea, just boobies. Nothing else. 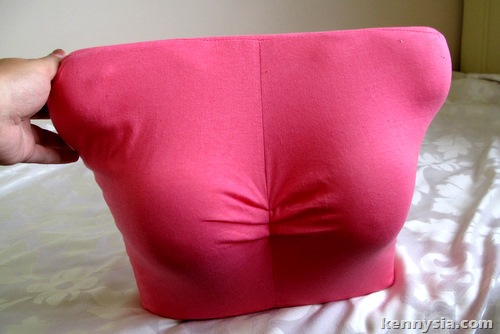 Unlike a normal girlfriend, this one is very special. She has no legs to go shopping, no hands to slap me when she’s unhappy and no mouth to constantly nag at me to spend time with her.

And the best part is, when I’m back from work tired, I can simply just bury my face in her chest. 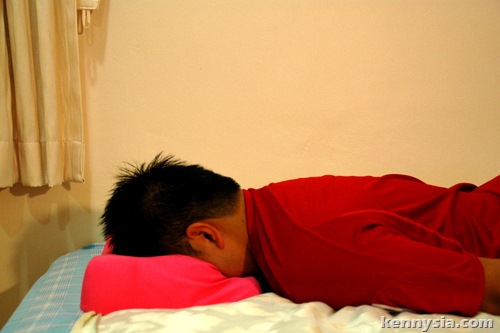 I won’t even have to worry about waking up next morning to find that her dead from suffocation. How awesome is that?

My girlfriend let me sleep on her boobies. CAN YOURS? 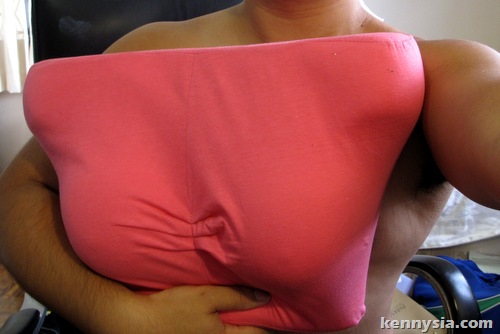 If not, then maybe it’s time to replace your girlfriend with a Boobie Pillow, thru vPOST.

Blog Plug of the Day: TV host Jojo Struys had a scary experience. She was self-quarantined for a week after sitting next to a passenger on a flight who was later tested positive for swine flu.

Anyway, our health minister suggested we stop shaking hands to prevent the spread swine flu. Personally, I think it’s better if Malaysians resort to the Japanese way of greeting – by repeatedly bowing and bowing and bowing…

100 Replies to “ADV: Purchases From Japan Of A Lonely Man”