A few weeks ago, this was what the LDP highway looked like. 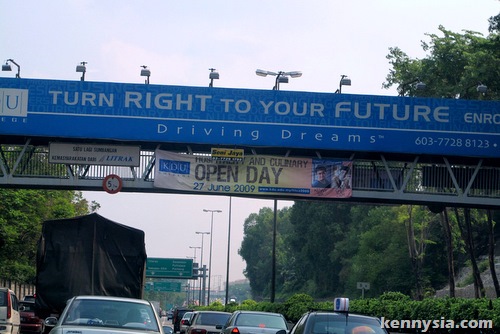 Notice anything different? No? 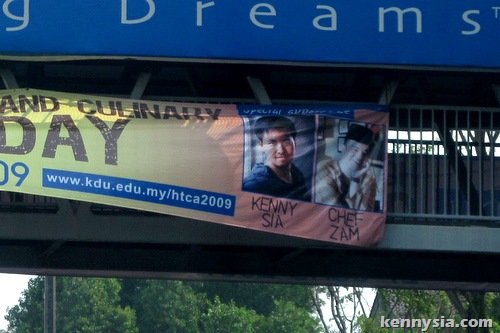 WHY MY FACE HANGING OVER THE LDP HIGHWAY?

NOT SCARED LATER CAUSE TRAFFIC ACCIDENT IS IT? 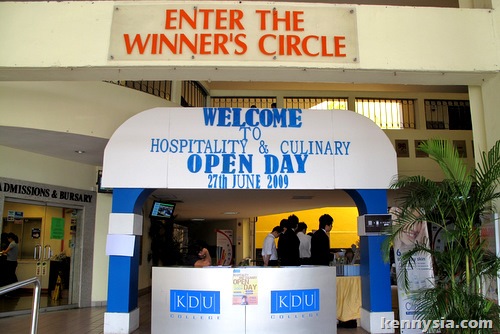 Okay, that was actually a little publicity stunt by KDU College’s School of Hospitality, Tourism & Culinary Arts. The school was holding an open day last month and I was invited to be one of their special guests. 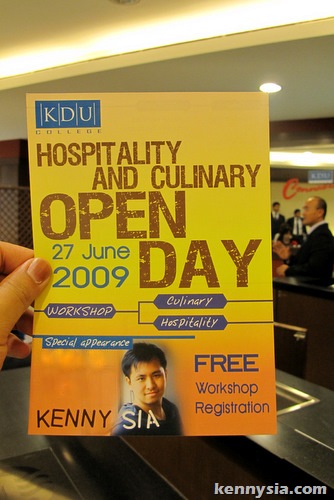 What does blogging have anything to do with hospitality? I don’t know.

Maybe they think kennysia.com is not hospitable enough, that’s why they decided to send me in for training. 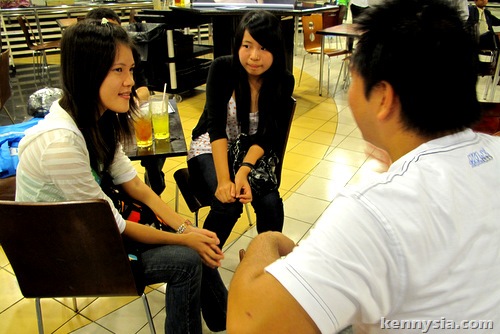 It was certainly an honour to be invited onto their campus nonetheless. I had the chance to meet with several prospective students and had a chat with them during the Open Day.

Some of them were wondering whether or not hospitality and culinary is the correct career choice for them, especially since it’s not one of those “Parent Approved Career Choices” like Engineering or Business. 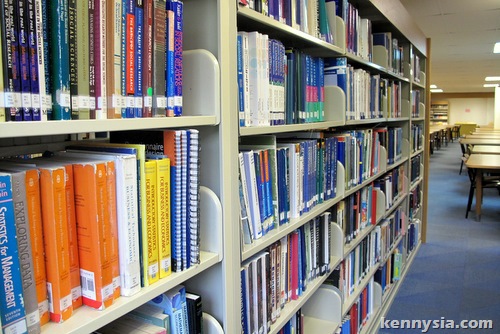 Flip open the newspapers and you’ll see thousands of vacancies in the services industry looking for people who have “a hospitable attitude” and can provide “good customer service”. 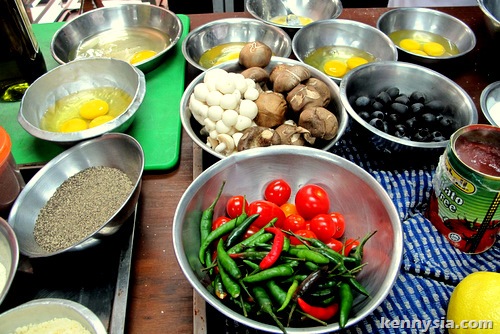 The job security is there. If you are well-trained and possess the qualifications, it’s not hard to get a job upon graduation. 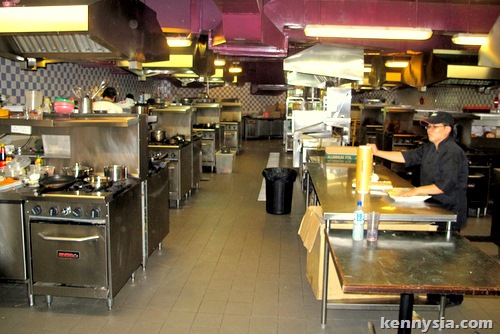 I was given a taste of what being a student there is like when I was asked to try my hands on cooking in one of their many professional kitchens. 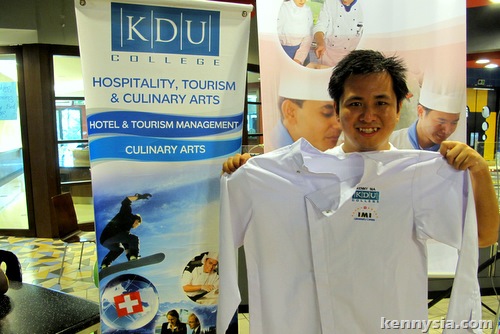 To complete the look, the college was nice enough to even present me with my very own custom-made chef uniform.

Not bad for someone whose signature dish was 2-minute instant noodles.

So please, welcome to my restaurant. 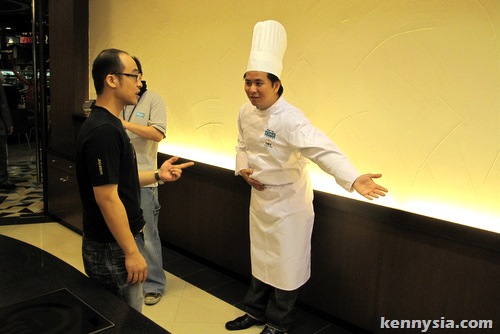 Unfortunately, I cannot possibly cook anything on my own.

Luckily the college has kindly arranged their Culinary Arts lecturer and celebrity Chef Zam to show me the how. 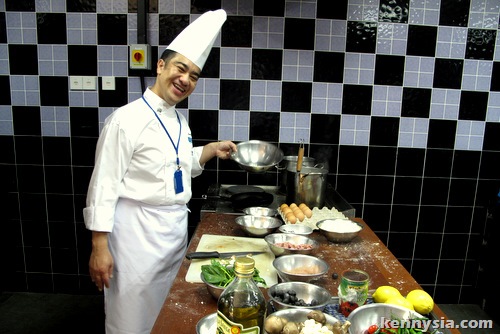 We’ll be making and cooking pasta, and we’ll do that hopefully without burning the entire KDU College down to ashes.

To make pasta from scratch, first of all, you’ll need an egg, a bowl of flour and  permission from Chef Zam to make an absolute mess. 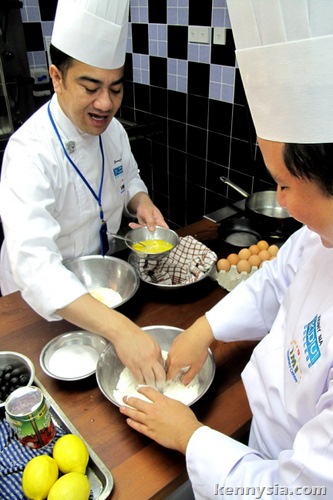 Start by mixing up an egg and pour it into the bowl of flour.

After some grabbing, mixing, kneading, and generally pulverizing the crap out of that  mixture, I end up with a yellow sticky ball of dough, like this. 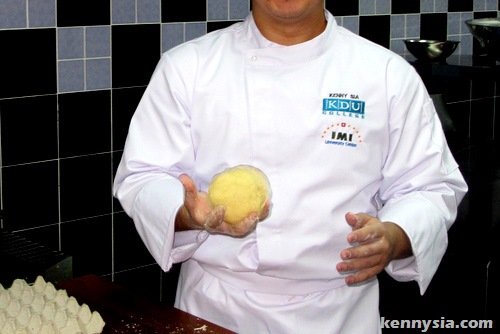 It ain’t fun eating pasta shaped like a ball, so I send my dough to this pasta-making machine to flatten it out. 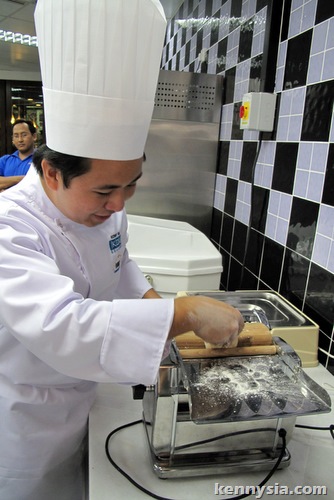 You gotta be careful with this machine though. 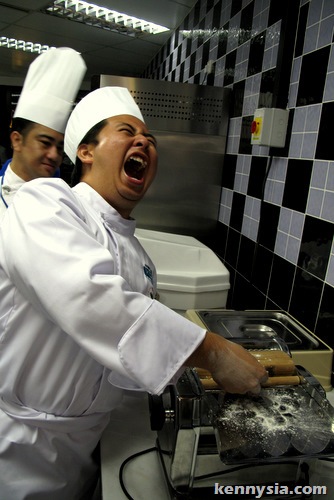 And you may end up with a flattened (but delicious) hand.

After cutting it up into little strips of fettuccini (the pasta, not the hand), avoid the temptation of holding it up against your chin and do a horrible impersonation of Dumbledore. 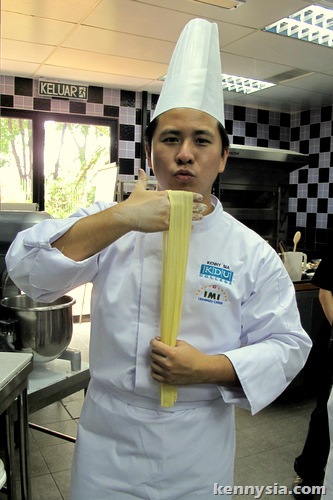 Afterwards, it’s all up to Chef Zam to work his magic on the stove and cook the pasta al dente. 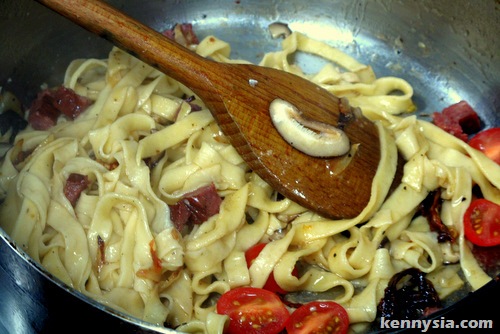 A couple of minutes later, dinner is ready to be served.

Behold, the Pasta a la Kenny Sia. (I totally made up that name.) 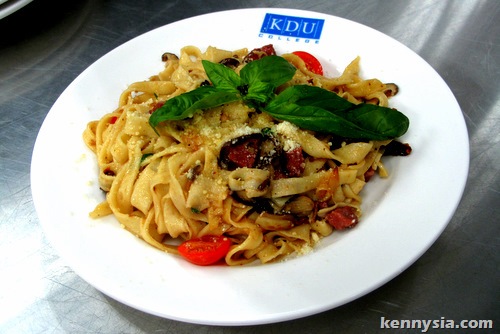 In fact, Pasta a la Kenny Sia tastes like something straight out from Italiannies that costs RM19.99 + 10% service charge + 5% government tax. 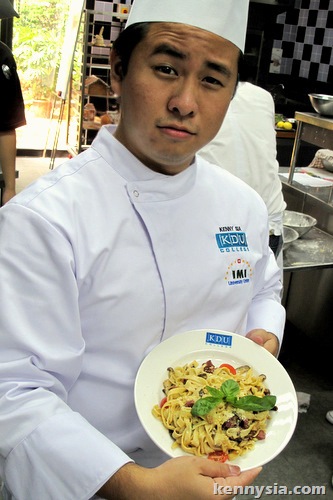 Do You Smell What The Blog Is Cooking?

It was a fun experience making pasta, cooking pasta and most importantly, eating pasta.

After the stint in the kitchen, I bid farewell to Chef Zam before seeing what else the School of Hospitality, Tourism and Culinary Arts has to offer 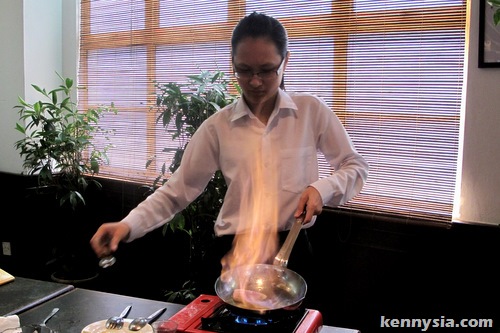 The KDU College students were cooking up a storm. 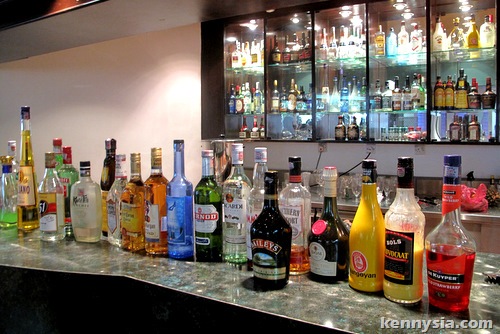 Much to my surprise, there’s a full-fledged cocktail bar inside one of their training restaurants!

Kids these days. How often can you boast about eating pasta and drinking alcohol as part of your coursework? 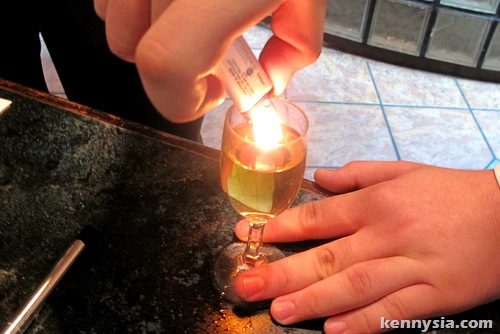 When I did Engineering, the most exciting thing in my coursework was solving complex differential equations in my Calculus class. Something that I never even got to use later in life!

Later on, I joined Chef Kenneth Kam and his students for a mooncake-making session. 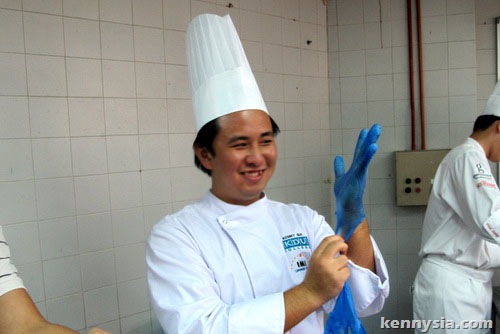 It involves slipping a latex glove onto my hand as if I were going for a rectal examination. That’s when I found out I’m not very good with latex. Because my gloves broke, twice.

I think it must be because I’ve got big hands.

And you know what they say about men with big hands? 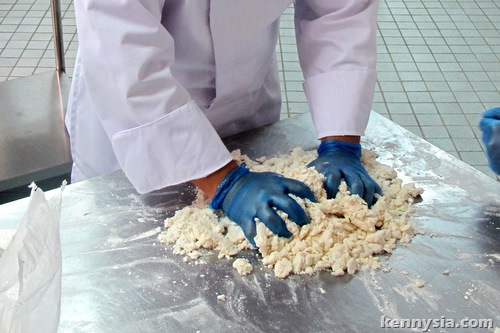 Making mooncakes involves pressing the sticky dough into a wooden mould to give it the distinct mooncake shape. 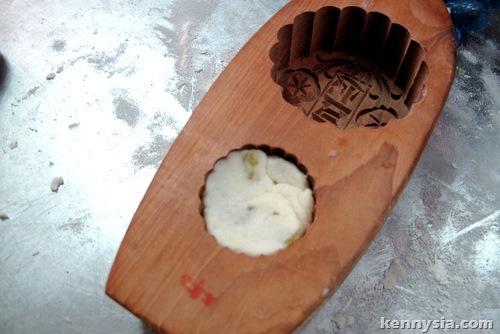 Whatever you do, do not play with the wooden mould as if it’s a martial arts weapon. 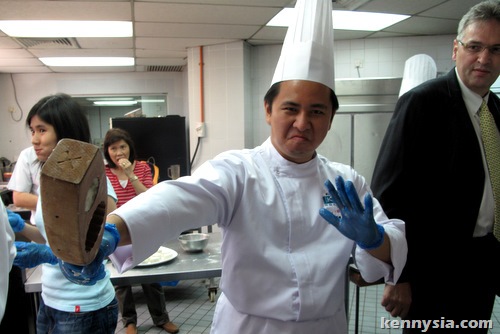 You never know if there’s an angmoh behind you thinking you’re a total idiot. 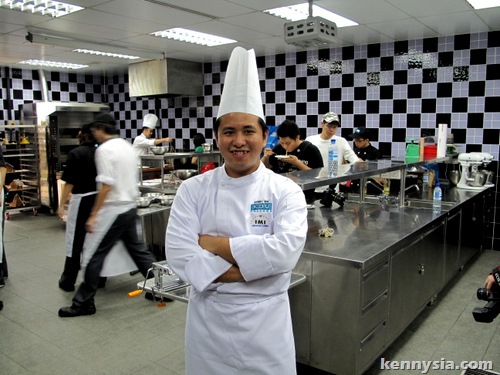 The July intake for the School of Hospitality, Tourism & Culinary Arts is now open and all info are available on their website.

Blog Plug of the Day: Niki Cheong is a Star journalist, blogger and a friend I’ve known for close to 8 years.

He’s one of my mates from way back when I was heavily involved in student politics at university in Perth, and never would I have expected that our paths would regularly cross again when we returned to Malaysia. Niki’s old blog was one of few that inspired me to start kennysia.com, so here I am returning the favour by featuring him as my Blog Plug of the Day!

75 Replies to “ADV: A Day In The Life Of A KDU Hospitality Student”