Ask a New Zealander how to spell the word “die”, he’d probably spell it as “F-U-N”. 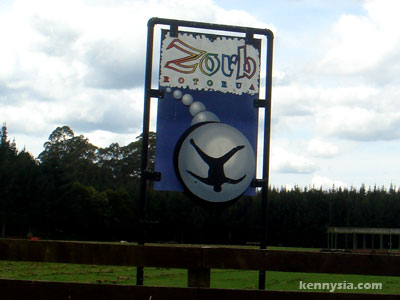 New Zealand is essentially one big theme park for grown-ups. If you ever got bored from riding childish rollercoasters in theme parks, NZ is the place to go. Apart from introducing the world’s first commercialised bungy jumping, the Kiwis has also invented another form of extreme sports called “Zorbing“. 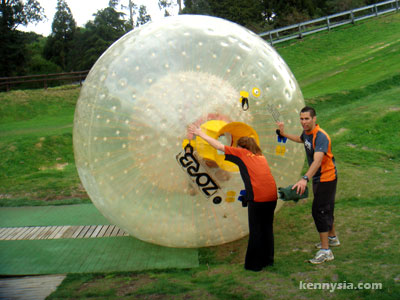 The Zorb is basically this one giant plastic ball surrounded by a cushion of air. The whole concept behind zorbing is quite simple. To play, you climb your whole body into the Zorb. Then with some help, the ball (with you in it) is rolled off the top of a slope, then you bounce and spin and fall until you reached the end of the track downhill.
It’s a milder form of extreme sports. If you managed to remain on your two feet till the very end, they’ll even throw you a Zorb T-shirt in for free. Otherwise, just enjoy the very, very bumpy ride.
Trust the Kiwis to come up with stupid ideas and then make a lot of money from it all in the name of fun. 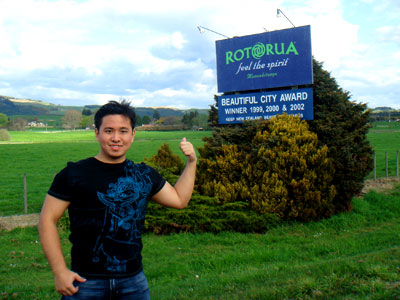 What happened to 2001? Not pretty enough is it?

Zorbing sites can be found throughout the world, but the original one is in Rotorua, New Zealand where this crazy sport began.
Rotorua is a small town about 3 hours drive south of Auckland. It is very popular destination among holidayers, largely because it is a geothermal area dotted with natural hot springs and mudpools. 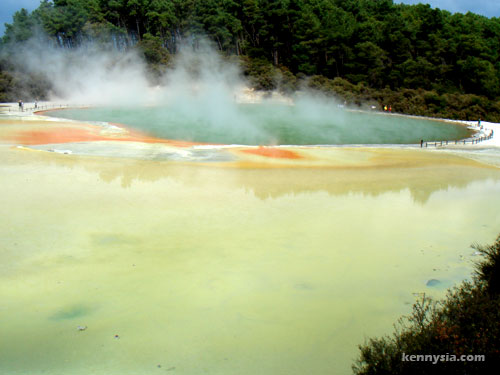 One of Rotorua’s famous hot springs

I don’t know why people like to holiday here, because personally I don’t think it’s a pleasant city to be in. See, the unfortunate side effect of hot springs is that the entire town is practically filled with foul-smelling sulfuric gases. By “sulfuric gases”, I mean the air here smells like shit, literally.
The smell there is so bad, it’s like everyone in Rotorua is walking around with shit in their pants. 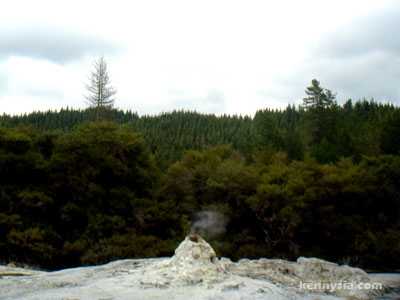 I wish I could upload the smell here onto kennysia.com to let you have a sample of how bad the air here is. I don’t know how the residents even managed to live in here under such torturous conditions. Maybe it’s a bit like when you discreetly let off a silent fart bomb in front of your friends. You don’t feel it yourself, but everyone around you are covering their noses to protect themselves from dying a slow painful death.
But enough about Rotorua and how shitty it smells. 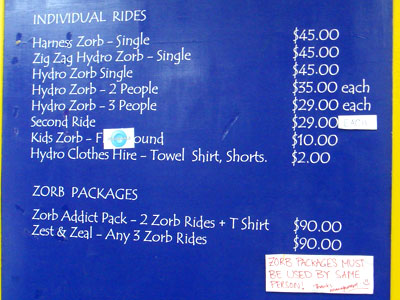 Zorbing costs NZD45 / RM110 per person – which is expensive in real world terms, but cheap for the dose of serotonin-boost it provides.
The original Zorb is one that has harness straps inside or you to hold on to. Most people opt for the “hydro” option, where the Zorbs are filled with water for lubrication. And that’s the option I went for.

Click to check out the video. You might wanna turn off the speakers, unless you wanna hear me screaming and laughing in orgasmic delight. *shy* 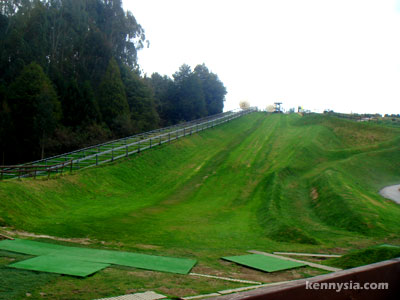 From the outside, it looks like a giant golf ball. From the inside, it feels like being inside one big washing machine. As soon as I hit the first bump, I was thrown off balance and bounced around violently within the cushion walls of air. I couldn’t even stand on my feet! The whole thing lasted only a minute and a half, but it was craziness to the max from the get go.
Coming out from the tight wet hole of Zorb, I feel like I was born again.
Think Zorbing is only for the young and fearless? Think again. 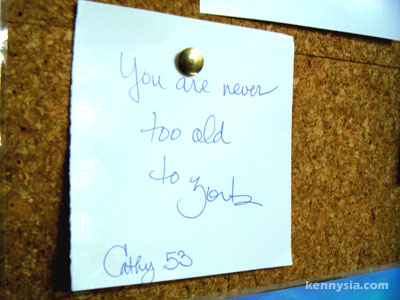 It was so fun I almost shat in my pants.
Which is fine really. Because in Rotorua, everyone smells like they got shit in their pants.

Would love to have met up with a few people during my short transit in Singapore, but schedule a bit too tight lah! Next time can?

94 Replies to “Zorbing In Rotorua”