I was walking around Watson’s in Sarawak Plaza today, and guess what I found? 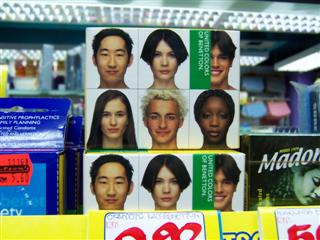 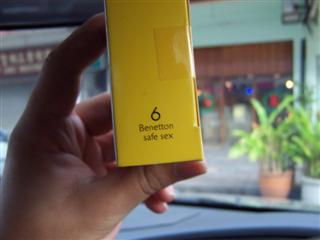 Curious, I plonked RM9.90 and purchased a box of UCB condoms right away. The box comes with 6 condoms, which works out to be RM1.65 per fuck. What a bargain! 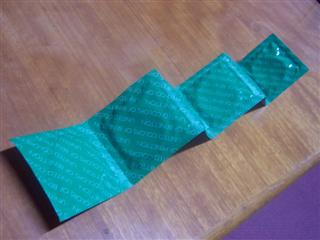 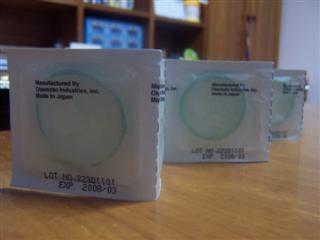 On the reverse of the wrapper, it says “Manufactured by Okamoto Industries. Made in Japan. Exp 2008/03”. Japanese condoms! So, it must be good, right? 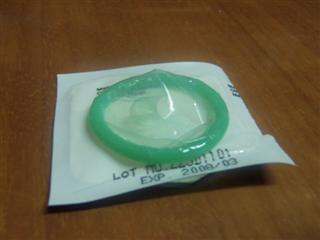 All the condoms are lightly lubricated and all comes in green. I’m not sure why, but I’m pretty sure its not meant to make your male member look like some sort of vegetable. 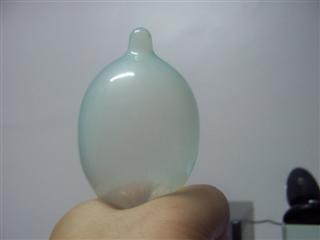 This is how much the reservoir teat of the condom can hold. Honestly speaking that’s not very much. 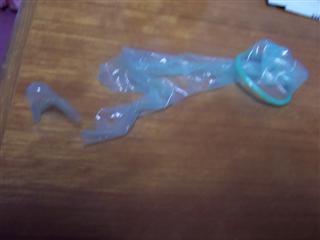 I pulled a bit too hard when I was removing the condom, which resulted in condom breakage – an undesirable effect. So much for Japanese condoms huh? At least we know what that says about Japanese penises. 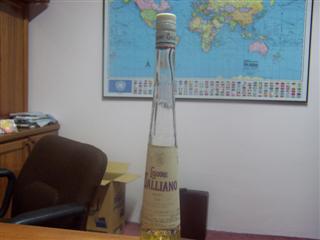 Unwilling to accept defeat, I pulled out the Galliano bottle. 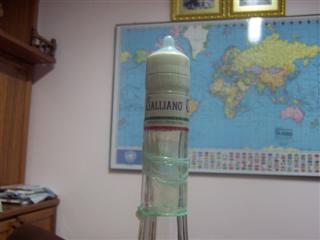 And this is the Galliano bottle, now fully protected against all STDs and unwanted pregnancies.
So, should you try it? My advice is this: If you have a small and thin penis like the Galliano bottle, you could perhaps impress your female partner by using this designer branded condoms. (Meanwhile, you might want to pray that Louis Vuitton does not release some RM500 LV monogram-printed condom or something like that.)
But if you’re big like ermm… like me, don’t use UCB branded condoms and just stick with Durex or Ansell ok? 🙂