The newest, latest place to hang out in Kuching is not Secret Recipe. 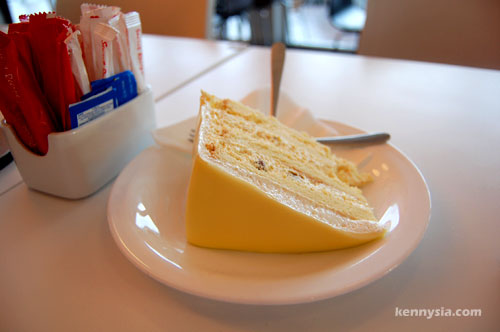 It is not The Living Room. 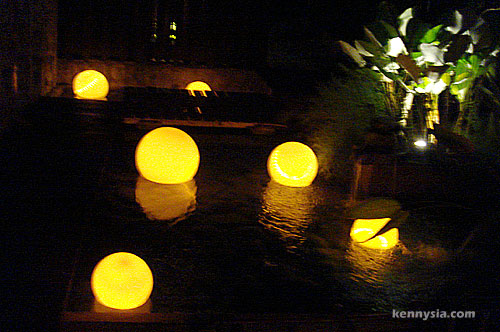 Heck, it is not even bloody Bing! 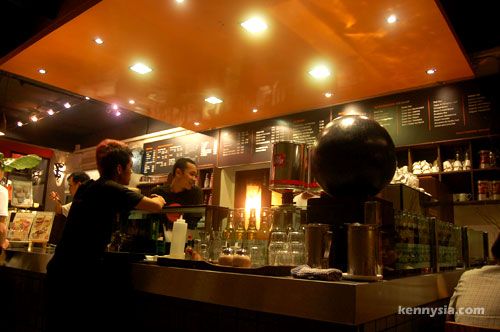 It is right here, at the Kuching International Airport, aka The Poikeeteo. 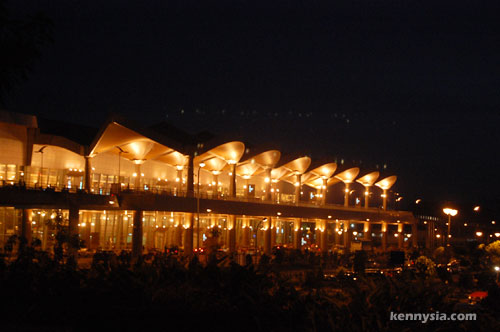 Now, why the heck would Kuching people wanna hang out, of all places, at THE AIRPORT? 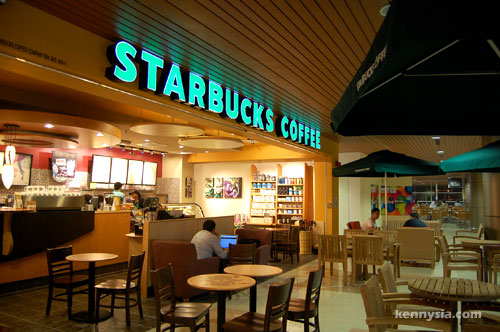 Because after opening a branch in virtually every single other state in Malaysia, Starbucks has finally opened its doors in our humble little city of Kuching. 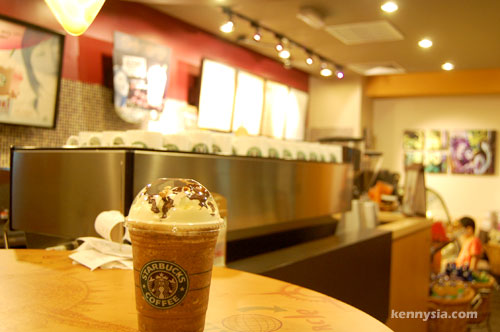 Instead of making their mark in some huge ass shopping mall in Kuching, Starbucks chose to make their first impression at our airport.
For the first time, Kuching people, most of whom have never tasted this expensive coffee franchise before, flooded the airport eventhough they have no flight to catch. 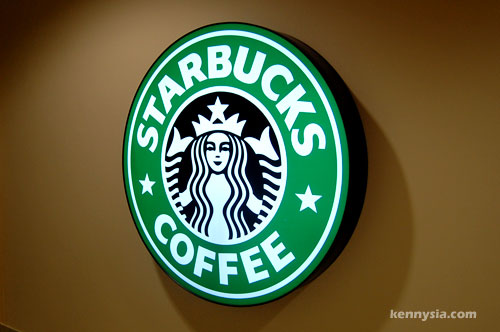 As much as I am a fan of Starbucks and enjoy a bit of quality coffee every so often, I can’t help but to wonder the big question on every Kuching folk’s mind.
Would the humble average-income earning Kuching population pay RM10 for a coffee just to sit under green umbrellas indoors, when they could’ve easily paid just RM1.40 to sit at the nearest kopitiam? 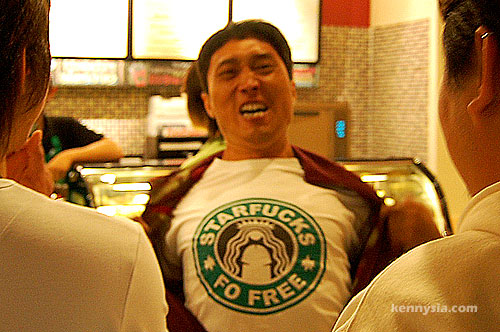 Clearly, not everyone here is a fan of Starbucks.

It’s the Rainforest World Music Festival!
Also held in conjunction with the music festival is the KL-People-Invades-Kuching Festival. With friends from the Peninsular flying over to my hometown, like Joyce, YC, Su Ann, Nicole, Christy, Charmayne and heaps others coming over, I think I’m gonna be very very wasted this weekend.

158 Replies to “The Latest Place To Hang Out In Kuching”