Over the weekend, I was flown to KL by SEGi College to give a presentation on blogging to some secondary school kids as part of the college’s Junior Journalist Programme. 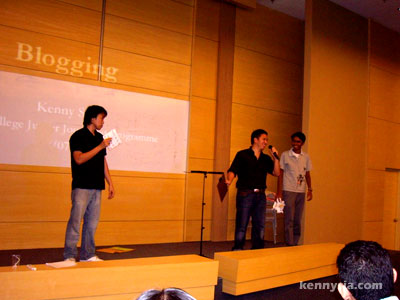 I haven’t spoken in front of a large crowd for quite a while, so naturally I was quite nervous when my turn came.
Luckily, my friend David was there to give me a hand. 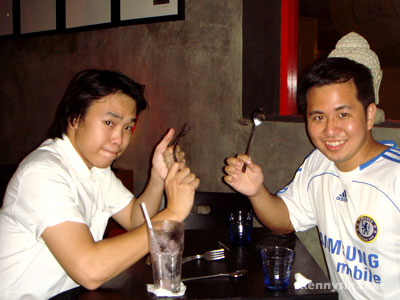 Why do I look like I’m wearing a helmet here?

Now, this David guy is what I would call a magician or an illusionist. But in his lingo, he prefers to call himself a “mentalist”.
No, that does not mean that he is mental. That just means that his specialty is “reading people’s mind”.
That, and bending forks.

Earlier, David suggested that I perform some simple tricks before my presentation as an ice-breaker. I thought good. My talk was the last one of the day and I probably needed something to wake up the audience (other than splashing them with hot coffee which was what was originally intended.)
Problem is, I don’t know any magic. “No problems,” David assured, as he guided me with detailed instructions on what I have to do. 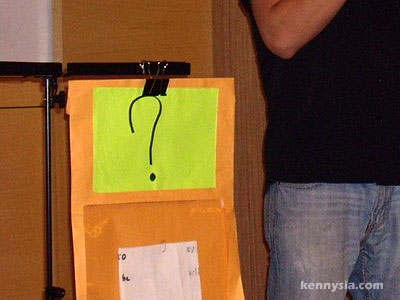 Our routine involved David placing a clear sealed envelope on stage in full view of the audience the whole time.
Inside the envelope was a series of three predictions. 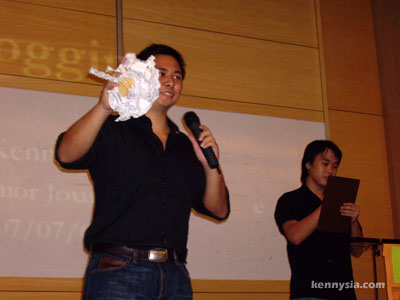 With the help of this special crunched-up paper ball (which was really just some rubbish paper I found on the floor) that I threw it into the crowd, I randomly picked three members of the audience and got them to name me a phone number, a male blogger and a female blogger of their choice.
Then I went back on stage, took out the contents of the envelope, and whaddya know?
All three of those random audience’s choices appeared exactly on that piece of paper inside! 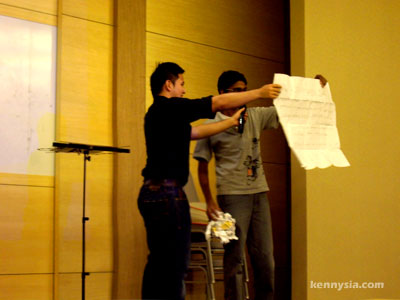 WHOA! An audience member wowed by my awesomeness.

Yes, Kenny Sia can perform magic. Bow down to me now, biatches.
Ok lah, honestly speaking I also dunno how that happened. Maciam magic liddat those predictions just “boom” appeared on the piece of paper liddat. 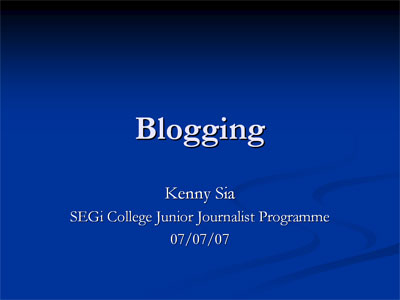 My actual presentation was a bit less entertaining compared to my opening act.
I went through a series of topics with the school kids about blogging, pointing out the tools available, ways to get traffic for their blogs, how to handle negative comments, and most importantly how to keep themselves away from trouble with the law. 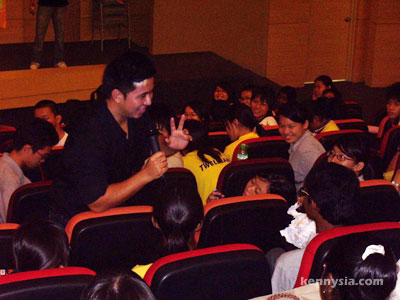 The truth is, talking about blogging is one thing. Making the talk entertaining is another thing.
As much as I tried to simplify, the topics I covered were very serious and extremely dry. After what seems like an eternity of rambling on stage, I didn’t expect these school kids to take in much of what I said.
Heck, my speech was so boring some of the kids on front row even fell asleep. So when question time came I wasn’t anticipating anyone to raise any questions at all.
To my surprise, one tiny kiut little ger sitting at the back of the auditorium raised her hand with much enthusiasm and gutso. 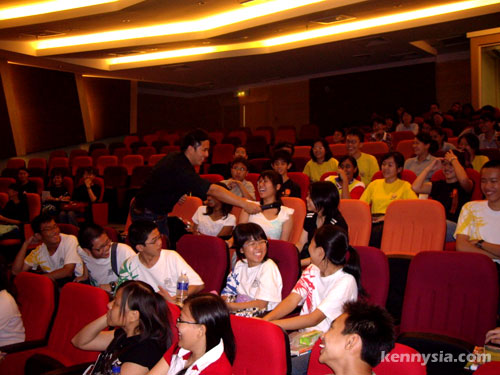 This wasn’t her, just using this photo for illustration.

I turned my focus towards the girl and perked my ears to listen attentively.
At the back of my mind, I was wondering what deep questions along the lines of “online-legal-concerns-and-defamation-lawsuits-against-bloggers” this young journalist-to-be might implore me to answer. 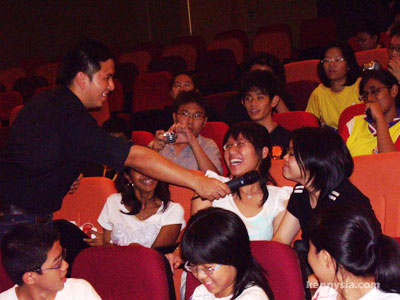 That was when she stood up, looked at me dead in the eyes, and asked…

“Kenny, can I take a photo with you?”
%@&$^*&! Did anyone actually pay attention to what I just talked about or not!?

BMW has a contest website up, asking “What is your idea of ‘Joy’?”
Some guy wrote that his idea of ‘joy’ was to install fake BMW Angel Eyes headlights on his car because he can’t afford real ones.
Can’t get any more honest than that.

139 Replies to “Teaching School Kids How To Blog”