It’s interesting to note that prostitution is officially illegal in Thailand, but the law that was erected (excuse the pun) is paper-tiger at best. For most tourists who don’t want to have sex with Thai hookers, Phuket offers plenty of opportunities for us to make love to Mother Nature.
The Patong nightlife was a bit too much for me, so I decided to take it easy at the quieter Kata Beach – 20 minutes away from the hustle and bustle of Patong.
Anyway, this more of a photoblog entry. If you like any of the photos here, click on it to download a larger size one for your computer wallpaper. Kata Beach is a more family-oriented G-rated beach compared to Patong. There’s no sex or debauchery and the only form nudity here is the pure and innocent kind.
It’s beautiful here. I regret I didn’t stay here from Day One. There’s not many places in the world where can you enjoy a mouth-watering plate of Pad Thai while sitting shirtless in an classy open-air restaurant overlooking the entire Kata beach – all for just 50 baht / RM5. On day two, after my buffet ‘brick fart’ at the hotel, I hopped on the tour bus I booked a day earlier [1400 baht/RM140].
Destination: Phi Phi Islands. 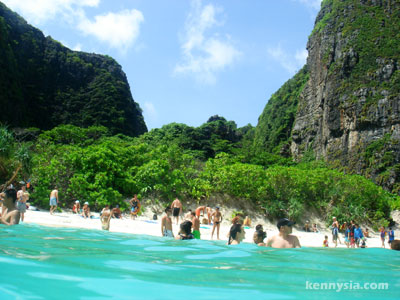 This is a destination NOT to be missed by anyone travelling to Phuket. The wind-carved limestone rocks stand majestically in the background. The sand is soft and white, and the crystal clear Andaman sea is actually torquoise.
It was simply breathtaking. This is Maya Bay, the filming location of that Leonardo Di Caprio movie “The Beach”.
Just like how McDonald’s burgers never look the same as they do on the menu, Maya Bay was nothing like how it was in the movie, especially after so many tourists and speedboats crammed the place. 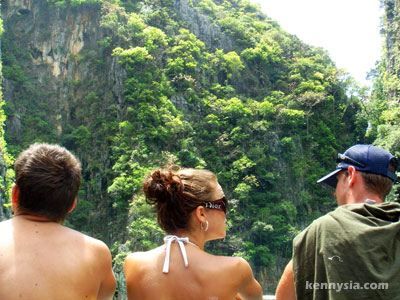 I was put in the same boat together with some Australians, some Kuwaitis and a few holidaying Thais. Stupid me made a boo-boo when I asked the Thais onboard “Are you going to provide us with lunch?”
They gave me this weird look instead like I just insulted their grandmother. “I think you better ask the tour guide instead.”
OMG! I was so embarrassed I was about to jump off the boat and swim back to Kuching. 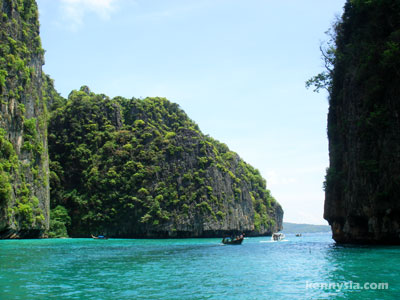 It’s so bad to assume they’re tour guides just because they’re Thais. I should know. Once I was in Attica (a very popular expat nightclub in Singapore), an angmoh thought I was a waiter working there and ordered some drinks from me. Bloody tulan. 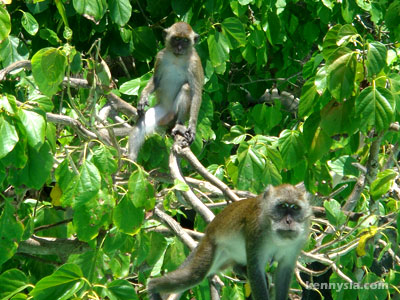 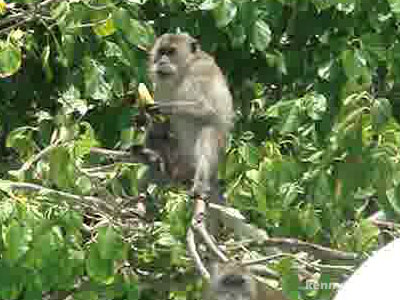 We stopped at this bay where there are literally thousands of tropical fishies just waiting to be fed. 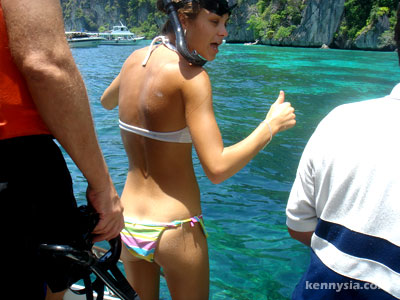 You haven’t experienced Phuket until you’ve snorkelled here. The corals are great. The visibility underwater is great. Everything here is great! Look at how many of them there are!
There I was holding a piece of bread on my hand and all these fish were just nibbling right off my fingers. It was an amazing feeling. Beats watching from behind a glass wall ANYTIME.
We had lunch at Phi Phi Don – one of the main islands. It’s a quiet and quaint little town still rebuilding itself after the devastation of the Tsunami. Everything here is so quiet and slow-moving.
Even their pets act lazy. 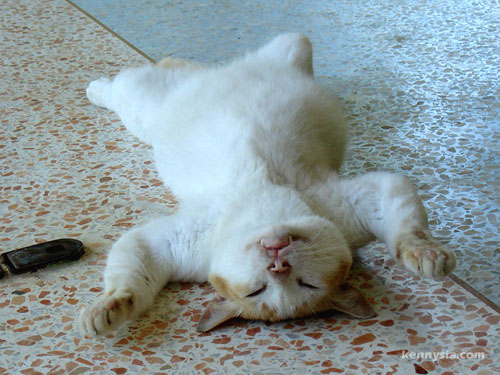 The beaches on Phi Phi Don have really spectacular views. 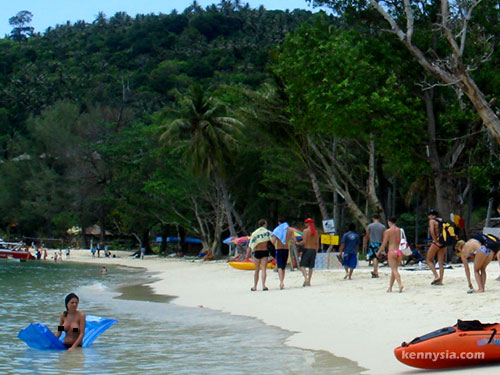 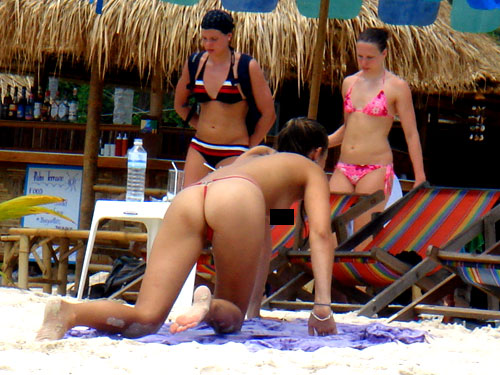 Later on, we explored the tiny but beautiful Khai Island – another “must-go” destination. The entire island is no bigger than a soccer field and it’s not as crowded as the bigger islands we’ve been to. The water surrounding the island is so clean and clear it’s begging for me to snorkelled in it.
There’s a real danger snorkelling here though. Sea urchins lurking underwater are plentyful. At one point, a jellyfish was swimming past my belly, barely missing me by an inch. 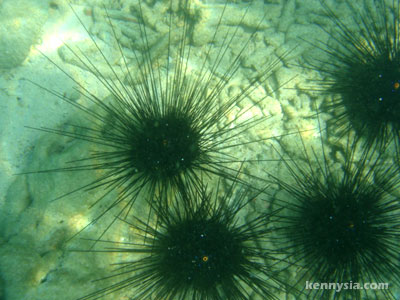 I wasn’t so much afraid of being stung by a sea urchin or a jelly fish. But I heard the local remedy for treating such injuries is by getting someone to pee into a coconut shell, and then pour the urine over the open wound. Heh, I was afraid of receiving treatment more than injuring myself. It’s so nice over here.
I almost didn’t want to leave.