It’s the new year, and I want to start it off on a good note. 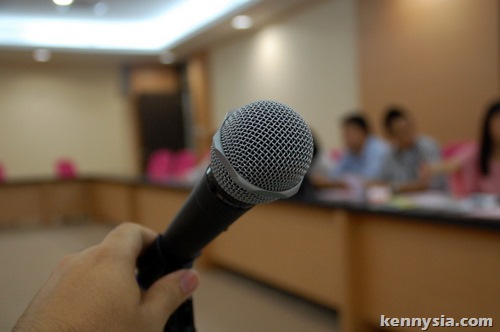 I have always recognised that bloggers have a lot of potential to do good for charity. In my capacity, I’m always happy to lend publicity to several charitable causes on my blog, so long as they are legitimate and transparent.

But late last year, I was approached by folks from the Sarawak Children Cancer Society. 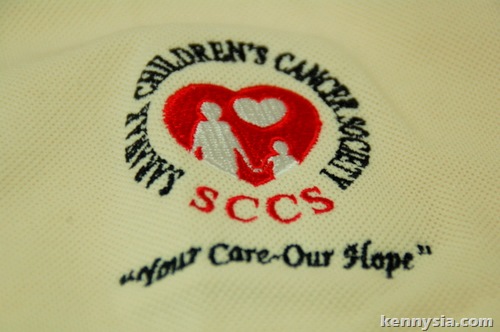 The society related strongly to me for two reasons.

One, I know they have been very active in providing support and care for childhood cancer sufferers, and cancer support is one of those things I keep very close to my heart.

Having gone through the pain of losing my father to kidney cancer,  I know what a dreadful experience it is, and I would never ever wish that upon even the worst of my enemies. 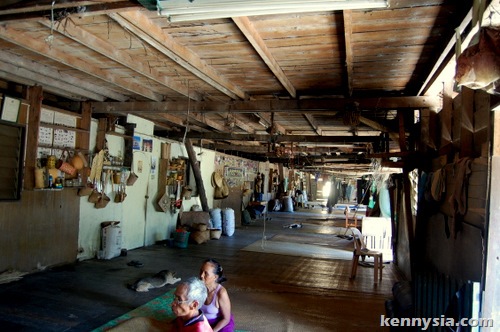 Secondly, the society is based in Sarawak.

It is a fact that Sarawak-based charities don’t receive as much attention as their Peninsular-based counterparts. Personally, I find that very unfortunate considering Sarawak has a very large rural population, many of whom still live in poverty. They are the ones who needed help the most, and yet there aren’t enough of us who reach out to them.

Due to lack of medical facilities in the rural areas, many parents of childhood cancer sufferers frequently travel long-distances, hours at a time, just bring their sick children to Kuching to seek treatment. 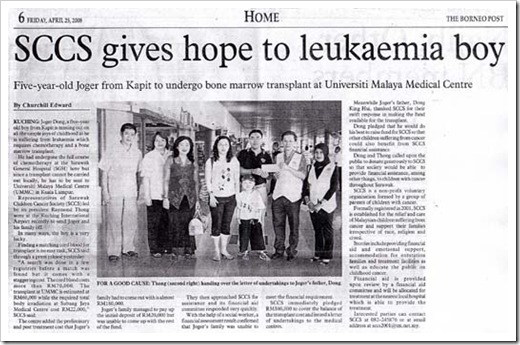 As a voluntary organisation, Sarawak Children Cancer Society has always provided care and support for the poor and needy in the State.

One of the best things they come up with among many fantastic ones, is the Children Cancer Centre located minutes away from the Sarawak General Hospital. Families of outstation patients are offered to temporarily stay in the Centre while their children undergo treatment at the hospital. 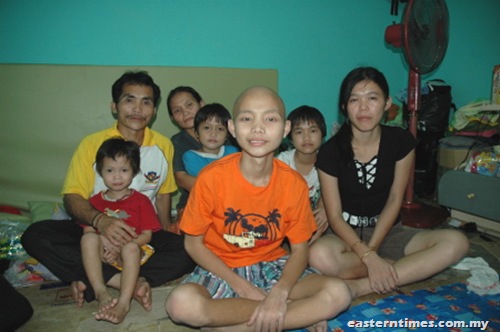 Food, amenities, counselling, and sometimes financial support are all provided by volunteers and their three full-time social workers. And this is just one of the many things the SCCS do to help lighten the emotional and financial burden faced by these families.

Childhood cancer is in fact a very curable form of cancer. Unfortunately, many sufferers in Sarawak needlessly die every year either due to lack of funds or access to hospital.

That is why I am very happy to give my support to the SCCS. 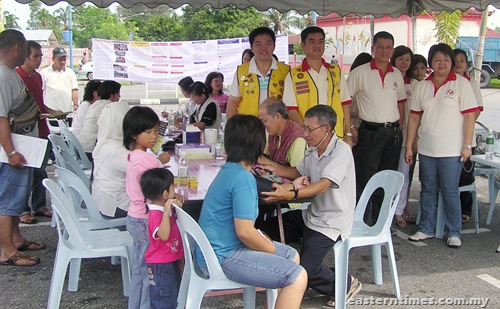 Of course, the running of the Children Cancer Centre is not free. Worse still, with the increasing number of outstation patients utilising the facility, their resources have been stretched thinner a plate of roti tisu.

Someone has to pay the bills. Most of the time, this is done through public donation and the many fund-raising activities that they organise.

However, when I met with the SCCS a few weeks ago, the support they asked from me for this time round goes beyond just monetary donation and publicity on kennysia.com 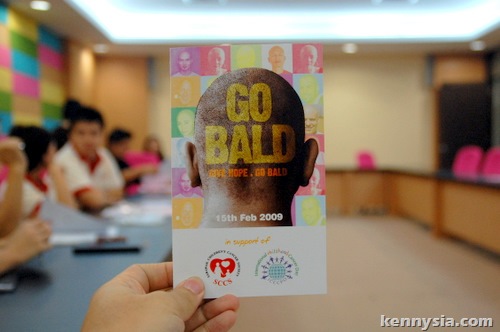 They want me to shave my head bald for charity.

“What! Wait, wait, wait. I cannot confirm yet. Do I really have to do this?” I groaned.

“Well, it’s to create the awareness,” said Rodney Wong, the SCCS publicity chief when he pitched the idea to me. “We can raise funds doing food fairs and stuff but few people would pay attention. Once you say ‘Kenny Sia is willing to shave his head bald for charity’, immediately everyone takes notice.” 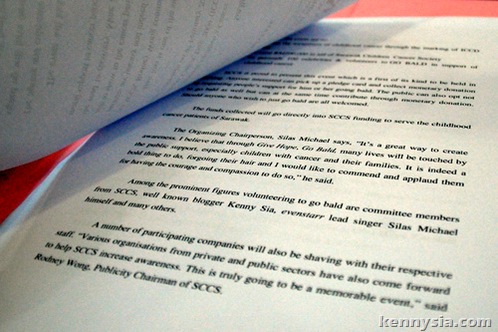 I never like saying no to people. In this case, I find it very difficult to give up my hair eventhough it is for a good cause. Everybody is vain to different extent, including me. I go through great lengths to preserve my hair. I’m already not very good-looking, but if I go bald I’d become uglier.

I certainly don’t want nother adjective people can use insult me! 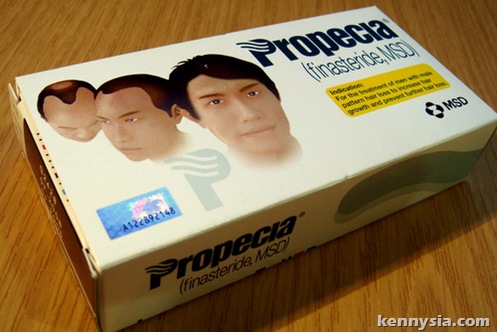 “Rodney, I spent RM150 a month on Propecia just to keep my hair from dropping. And now you want me to lose all my hair?”

RM50,000 to give the hope of survival to children suffering from cancer, in return for all of my hair.

Suddenly this does not seem like such a difficult decision to make anymore. 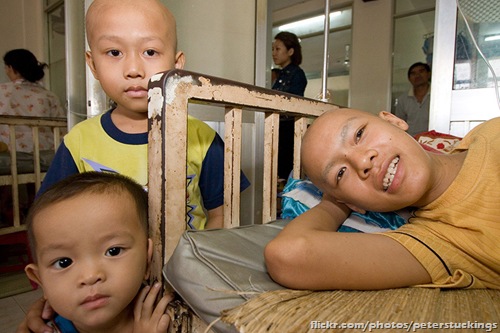 “Alright Rodney. Let’s see how generous kennysia.com readers are then,” I said with a painful smile. “If I can raise RM50,000 by 12th February, I will shave my head bald.” 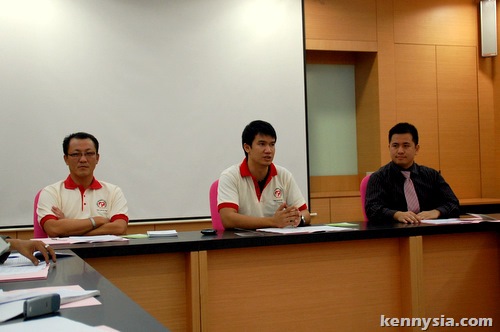 And so the race is on.

The deadline is Thursay,12th February. The target is RM50,000. Everyone from all parts of the world can donate, and all major forms of payment are accepted.

Once we hit the target, I guess I’ll be sporting a new hair cut (or lack there of) just in time for Valentine’s Day. Guess I will be date-less for the next 12 months, at least. 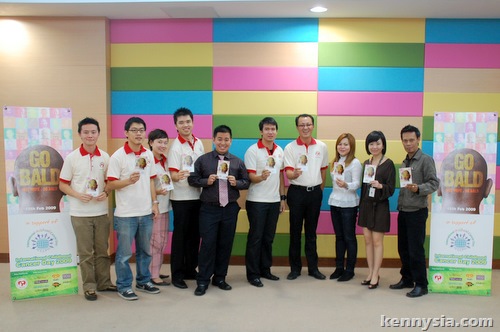 It’s too late for me to back out now. I’ve already made my promise to the SCCS.

Now it is all up to you, readers of kennysia.com to decide whether I can keep my hair. 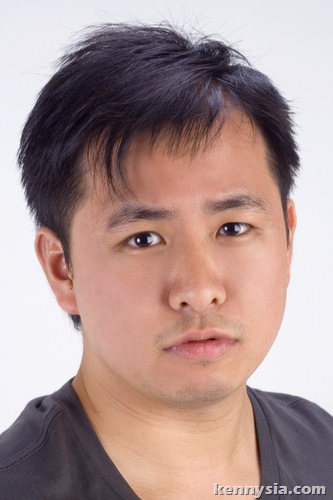 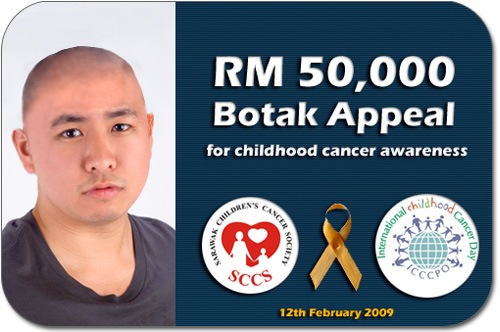 *sigh* I damn sure I hope I don’t regret doing this.

139 Replies to “Starting The Year On A Good Note”