Got a phone call from movie director Bjarne Wong the other day. 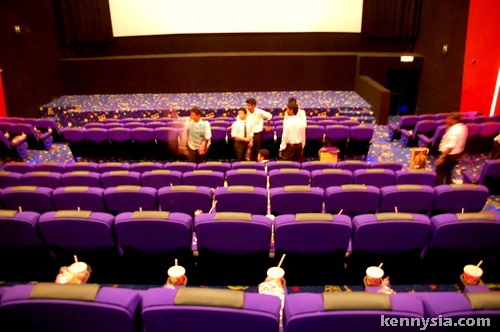 Bjarne: Hey Kenny, will you be free on Friday?
Kenny: Sure Bjarne. What’s up?
Bjarne: It’s the red carpet gala premiere of my movie Sayang You Can Dance. Would you like to come?
Kenny: Of course! Count me in.
Bjarne: Lots of stars and celebs are gonna be there. Make sure you dress up nice k?
Kenny: Har! Really ar? Ok ok, I’ll wear the best suit in my closet. 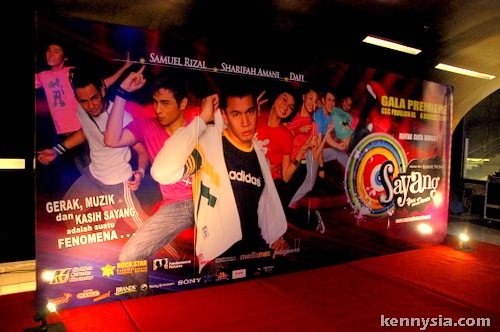 I’m not a suit person. I have never really invested in good one because there hasn’t been a lot of occasion that requires me to wear a suit. At least not in Kuching.

But this was also the first time I was invited to walk the RED CARPET of a movie premiere. Would it be like in the Oscars red carpet where I would be required to wear A FREAKIN’ GOOSE around my neck? 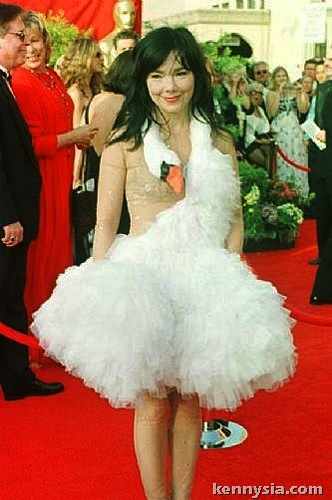 Not knowing what to expect, I got rid of anything involving dead animals and wore something safe to the red carpet. 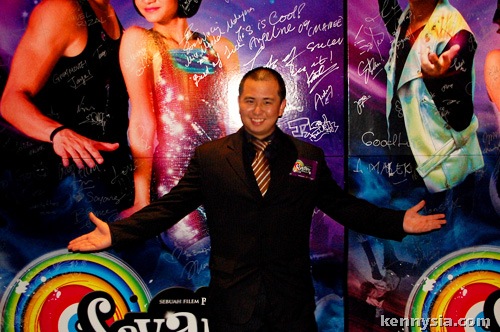 Upon entering the cinema in my tailored formal suit and tie, I immediately felt as out of place as a Liverpool supporter in a Man United crowd.

That’s because NO ONE ELSE THERE WAS WEARING FORMAL! 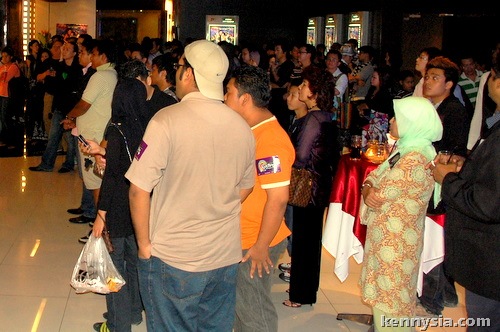 People pretty much just walked into the cinema after finishing their shopping at Pavilion. I was way overdressed in a suit.

As if it wasn’t bad enough that a guy who had absolutely no role in the movie entered the red carpet pretending to look cool, the ACTUAL STARS came out wearing nothing more formal than sneakers and jeans. 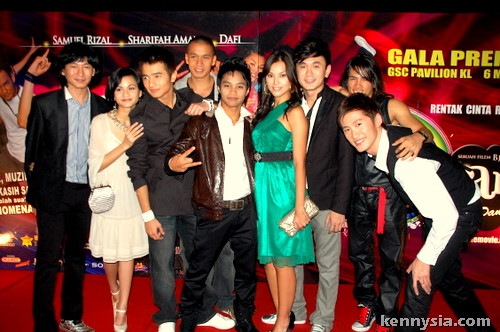 Needless to say, my dressing has EPIC PHAILed.

Luckily, I wasn’t the only one who miscalculated the level of formality on the event. Soon after I walked the red carpet, two equally clueless girls followed innocently from behind.

I turned around and saw the current Miss Malaysia World dressed in a striking green gown. 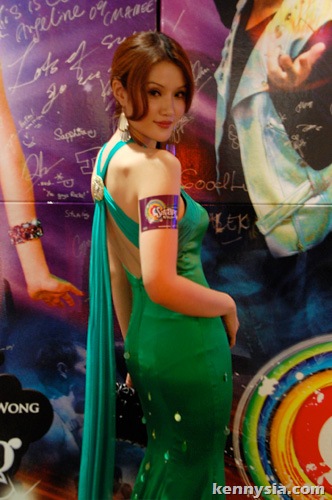 Followed shortly by the runner up dressed in equally striking red. 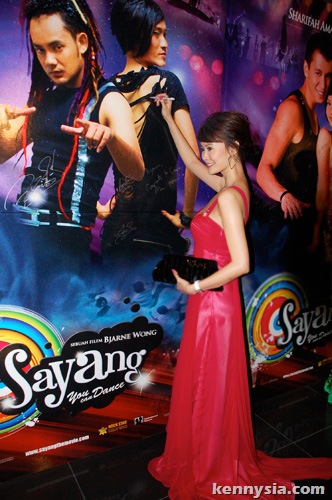 Those two were so glamourously overdressed that people in the cinema literally stopped in their tracks and turned their heads 180 degrees around to check them out.

And the best part was, they wore heels so damn high that when they stood together… 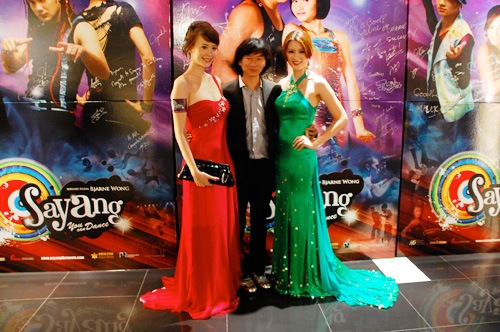 …they looked like Malaysia’s tallest set of traffic lights.

Blog Plug of the Day: One of Singapore’s top blogger/writer/traveller Popagandhi was in Yemen recently. She was supposed to travel to a town which she later avoided because she had a weird feeling about it. Her instincts were right. A day later, an al-Qaeda bomb exploded in that town, killing her tour guide and four Korean tourists.

This is her story.

79 Replies to “Sayang You Can Dance Gala Premiere”