A lot of flak has been given to our Science Ministry for sending a Malaysian astronaut into space to make teh tarik for the Russians. 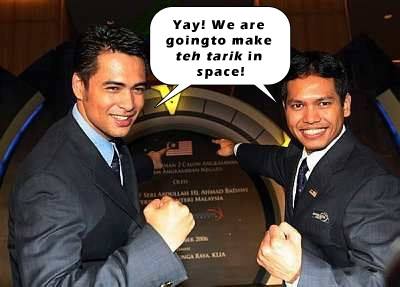 A lot of flak has also been given to me for poking fun at Malaysia. But sometimes, it’s not that I wanna joke about my own home country. Sometimes, the jokes just write themselves.
In Malaysia’s defence, we’re not the only country with the dubious honour of being admitted into the ‘Odd News’ section of world newspapers. Recently, it was reported that a zoo in our neighbouring Thailand ran into some problems with the two pandas they’re taking care. 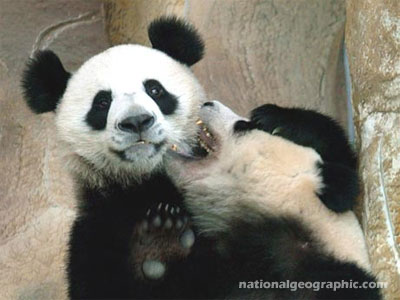 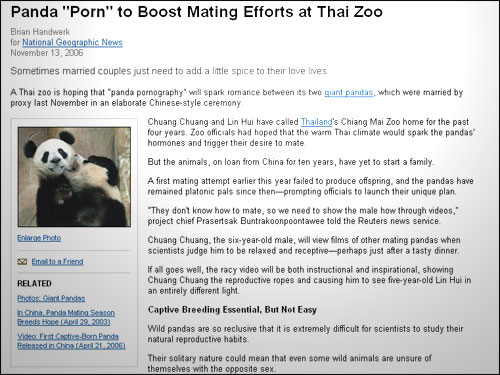 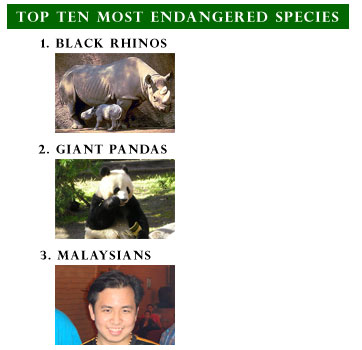 God knows why the two stupid pandas don’t wanna have sex. Maybe the male panda just didn’t wanna sleep with his housemate. Or maybe they just feel awkward together. Everyone knows that when you try to force your male friend and a female friend together, it never works out.
To their credit, the Thais had probably tried other things in their power to make the male panda horny.
The Thais made him listen to raunchy hip-hop music, but the clueless panda must’ve thought 50 Cents’ “Candy Shop” meant sweets and lollies. They brought him to visit the topless bars in Bangkok, but the male panda is not interested – female pandas walk around with no clothes on all the time! 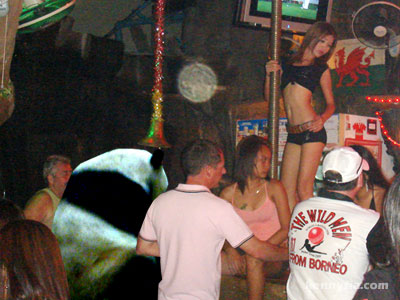 Go-go bars in Bangkok have an unexpected guest 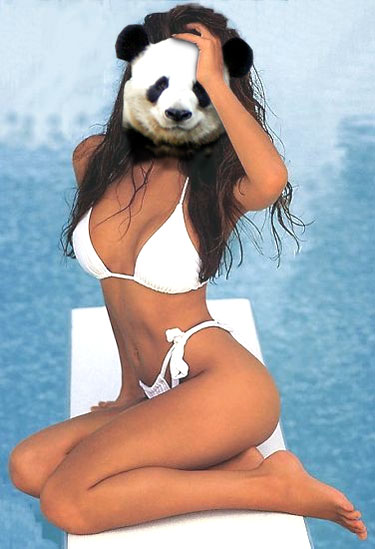 It is one of my favourite entries and the poll clearly shows that it is everyone else’s favourite too. Congratulations iwilleatyourpetfrogalive, you have won yourself a brand new LG White Chocolate!