This will be the last of my Hong Kong travel adventure series, as I’m sure everyone is pretty sick of it by now. 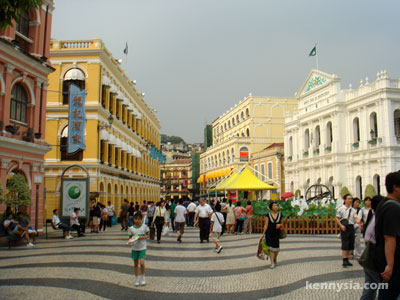 Day 4 of my trip, I found myself a few hours to kill before I had to head to Macau Airport to catch my flight back to Malaysia. In case you’re wondering, the only reason why I went to Hong Kong via Macau is because it’s a lot cheaper to travel that way.
Last time I was in Macau, all I did was donate unnecessary funds to the Sands Casino. This time round, I decided to do something more productive and pay their town centre a visit. 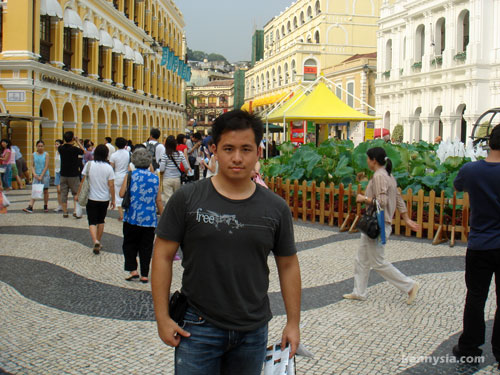 My journey starts at Largo do Senado, the focal point of Macau’s historic centre.
If you’re a fan of colonial architecture like I am, you’ll immediately fall in love with this place at first sight. 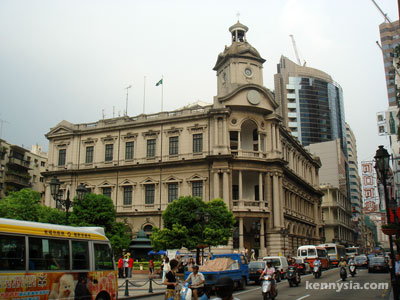 Macau is a poor man’s version of Europe, but it’s buildings are just as every bit as stunning. If I can’t afford a European holiday for honeymoon, this will be where I bring my wife next time.
Confirm divorce the next day. 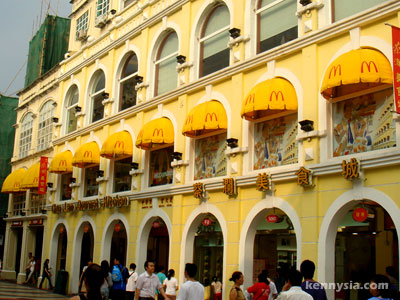 Hey look, it’s the Golden Arches™ in Macau!
Wonder what they sell in there.
The Big Mac-au? Hur hur. 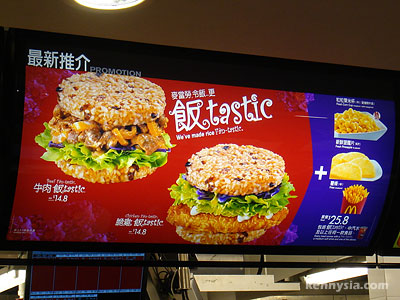 The McDonald’s here are promoting something I’ve never seen before called “Fan-tastic”. These are rice burgers, where they have glutinous rice patties in place of buns.
The rice burgers come in either chicken or beef version. The beef variety looks more tempting so that’s the option I went with. 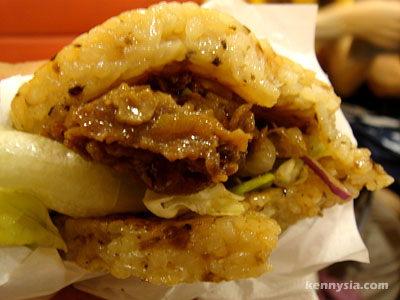 It really does taste fantastic!
Kinda like bak zhang with teriyaki beef fillings instead. Another way to describe is like eating beef rice without spoon. Definitely a must try if you’re in Hong Kong or Macau.
Maccas in Malaysia gotta stop selling whatever bullshit Foldovers and start selling some RICE BURGERS dammit. 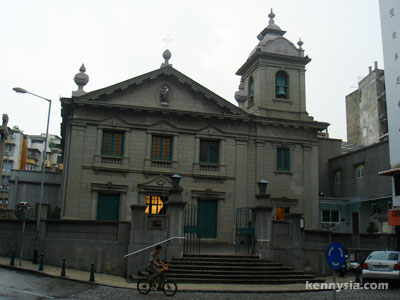 Macau is lucky to have some of the most beautiful and well-preserved churches in the region. There’s something inexplicably romantic and serene with these old-school churches.
I’m born and raised in a Buddhist household, but I often find myself a lot more fascinated with Christian history instead. 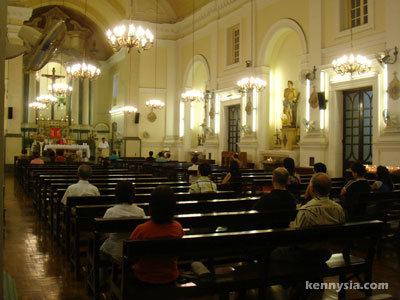 I admit, my fascination in large part is due to conspiracy theories like the Da Vinci Code.
Yes, I know the story is fictional. No, I don’t like to be preached to thankyouverymuch. 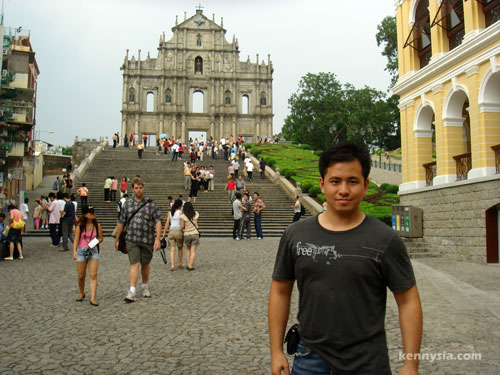 This is the national monument of Macau, the eerie ruins of St Paul’s Cathedral.
Apparently some typhoon blew the whole church away. All that’s left of it is its intricately-carved stone facade. 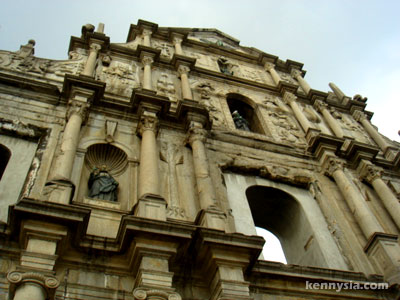 Eh, how come Macau can have a 400-year-old building as their national monument, and all we Kuching people have is a giant cat? 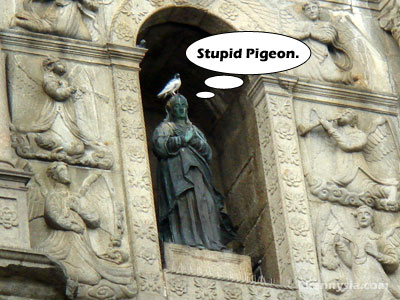 It’s not easy being a statue. Your head becomes a landing pad for errant pigeons.
Anyway, I spotted quite a few odd things around the area. Like this other strange statue. 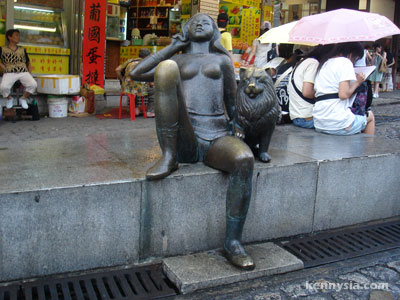 What the heck is thing? I tried looking for signs explaining what this is and how it got here but there was no clue!
My guess is that it’s Macau version of a chao ah lian talking loudly on her handphone.
The tourist attraction is not the only thing interesting here. Some of the tourists here fascinates me as well, especially with the way they pose. 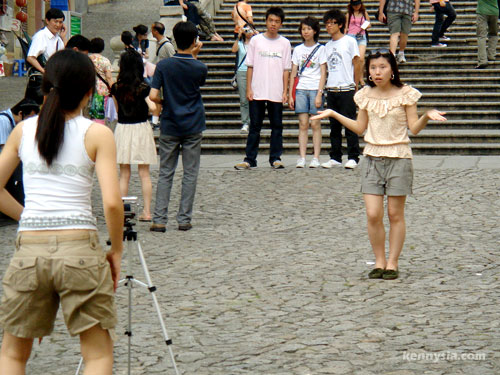 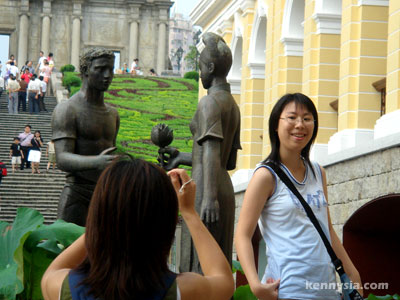 I don’t know what this girl’s problem is but she took like 20 different photos of various poses with that statue.
I wanted to take a photo of the statue as well but I was tired of waiting her to budge after 10 minutes, so I took a photo of the statue with her in it.
There, I hope you’re happy now. 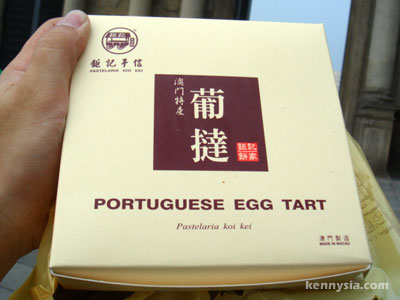 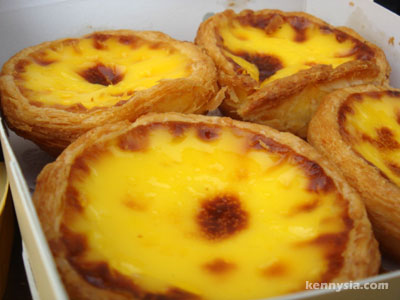 It’s so good that I bought one whole big box of portugese egg tarts for my mom. Then I fell down and all those egg tarts accidentally ended up inside my stomatch. 😛 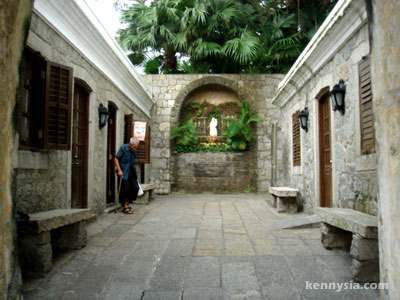 Well, 4 days and 3 nights later, I was ready to come home. Hong Kong has been great fun, but I do miss home and I do miss speaking Hokkien instead of Cantonese.
Man, I must have spoken more Cantonese here than I ever did in my entire lifetime. And I’m not even good at it. 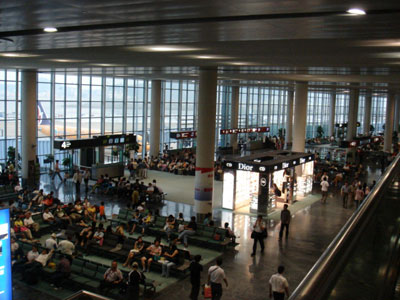 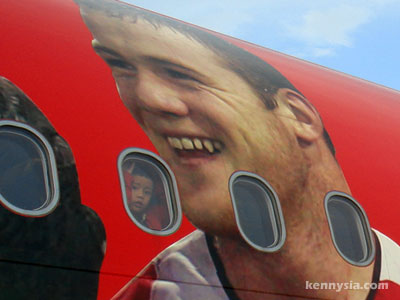 You should see the look on his face. PRICELESS.

Angeline Chin wants you to help save the animals by purchasing her funky Animal Rights Awareness T-shirts.
If you’re don’t eat kittens for dinner, head over to her site now and show her some woof.