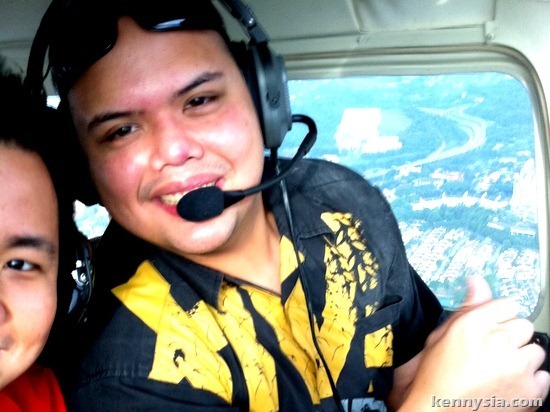 You may have heard him on the radio, giving out Justin Bieber concert tickets and such. Whether it’s talking on the air, producing albums or hosting TV shows on Astro, being a media personality is really what defines JFK for the past ten years.

What most people probably don’t realise is that being a radio host is only his part-time job. Like me, what we do part-time for fun has somehow eclipsed what we do full-time for a living. 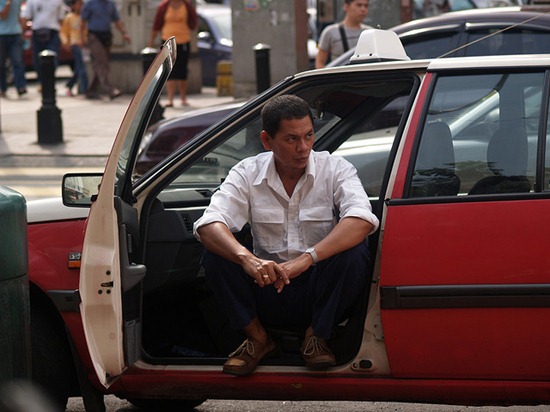 Not the ones you see hanging around KLCC charging RM30 for a 3-minute journey because "bradderrrr, road very jam woh."

No no no. The cab that JFK drives will never encounter traffic jam at any hour of the day. Because the vehicle JFK drives is… 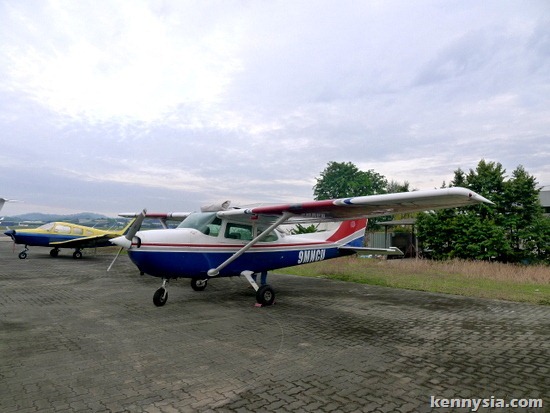 Just like how blogging is and will always remain a hobby for me, flying is a hobby that JFK takes very seriously. So serious in fact, that instead of flying commercially for Malaysia Airlines or AirAsia, he saved up whatever money he has to purchase his very own aeroplane. 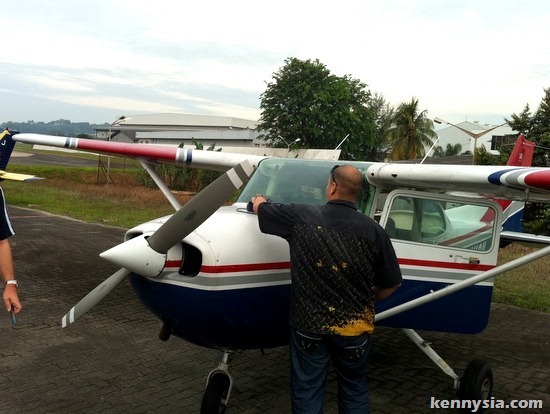 And now that JFK is a pilot-for-hire, his job is to take people on trips across the Peninsular, or on private sky tours around KL for as little as RM500 – just enough to cover his fuel and maintenance of his flight.

During one of my trips to KL recently, JFK took me for a whirl up in the air to see what KL City is like from the skies above. 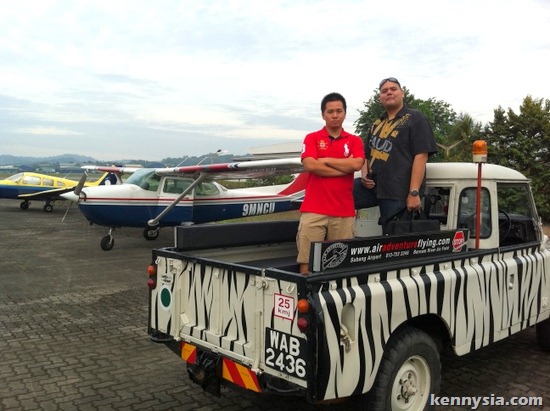 We met at Subang SkyPark around 7:30am.

The airport isn’t the same since the main international airport was moved to KLIA. The huge terminal is now virtually empty with mostly private jets owned by billionaires. 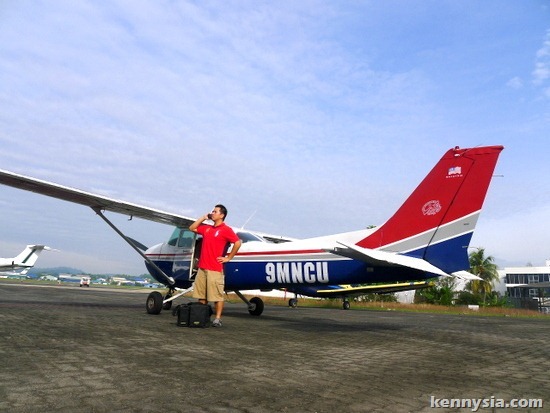 I wanna be a billionaire so freaking bad. 🙁

Subang Airport has no queues, no annoying kids, no noisy announcers blaring over the speakers. Security was such a breeze that for the first time in my life, I saw airport security actually have the capability to smile. 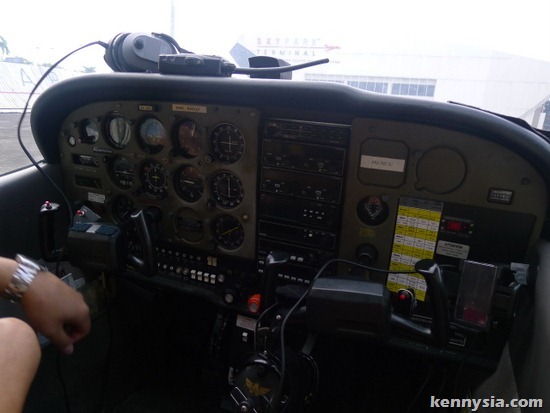 After some gibberish back-and-forth between JFK and the air traffic control, we’re off! 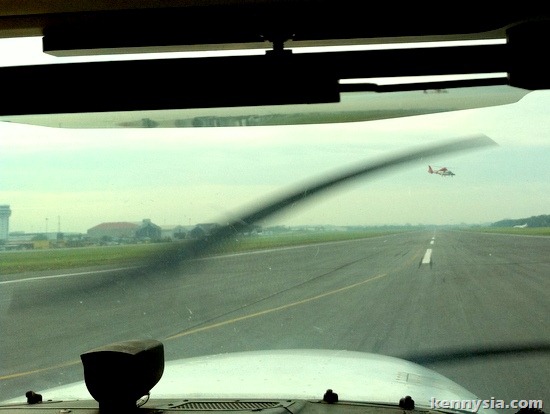 Most of us are used to sitting in the backseat of a passenger plane. But to take the front seat of a Cessna with a radio personality next to you piloting the flight, pointing out different points of interests into your earphones – man, that’s a completely different experience altogether. 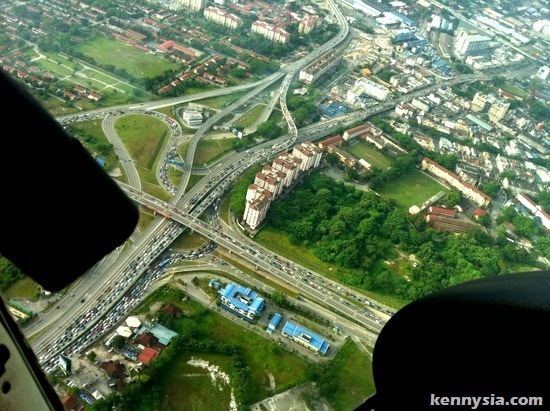 With the bumper-to-bumper traffic along Federal Highway snaking beneath us, an indescribable feeling washed over me. I think it’s called… freedom. 😉

At one point, JFK allowed me to take over the co-pilot’s control. 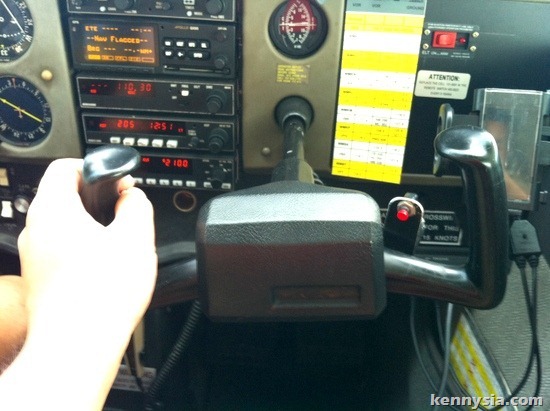 A lot of people have irrational fear when it comes to flying, let alone piloting an airplane. As scary as it sounds, I actually felt extremely safe manoeuvring the Cessna. The tiny aircraft is extremely responsive, and without any obstacles in the way, I need not worry about traffic lights, knocking into a divider and scratching my bumper.

In fact, it felt exactly like driving a car. Except there was no brakes. You don’t need brakes when you’re flying in the air.

Just like that, we went from Subang to KLCC Twin Towers in less than 10 minutes. 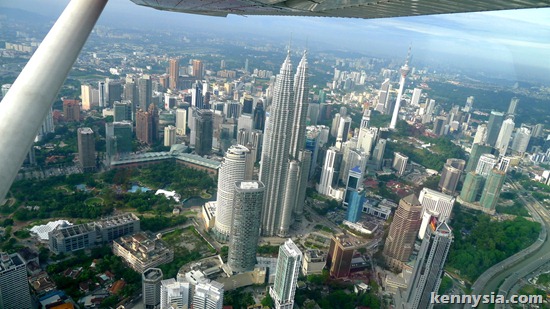 And that’s the closest I have ever been to Twin Tower on an airplane without being labelled a terrorist.

It’s easy to write KL off as an overly-congested metropolis when you view it from the ground. From the sky though, the view of the silhouette of the bustling city being enveloped by the morning mist is hopelessly romantic. 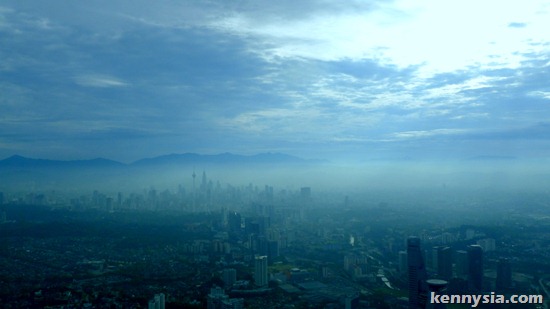 Made me wish I was next to my loved ones when I was up in the air.

Yeah. That’s the only downside with JFK’s private sky tour.  He may not look like
Amber Chia, but there isn’t a better valued private airplane pilot in the county.

If you wanna book a flight with JFK as your taxi-driver-in-the-sky, just e-mail him at jfk@hitz.fm 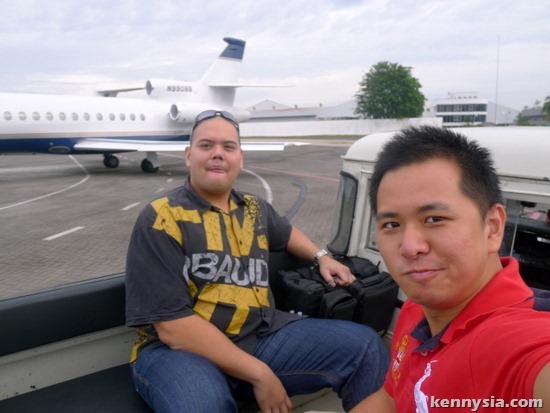