The Kuching Food Festival is back, and this time it’s groovier than ever. 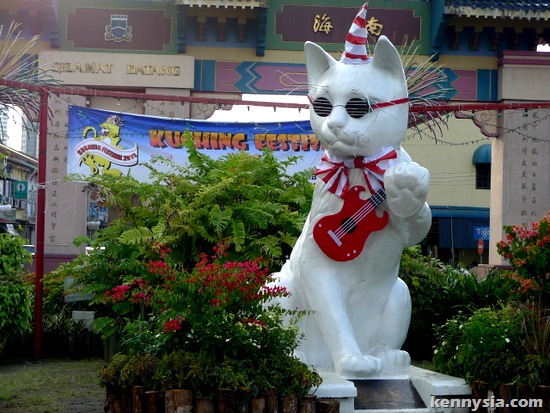 Much of the Kuching Festival is the same as previous years. Most people come here for the food, but as usual they have a couple of attractions on the side as well. 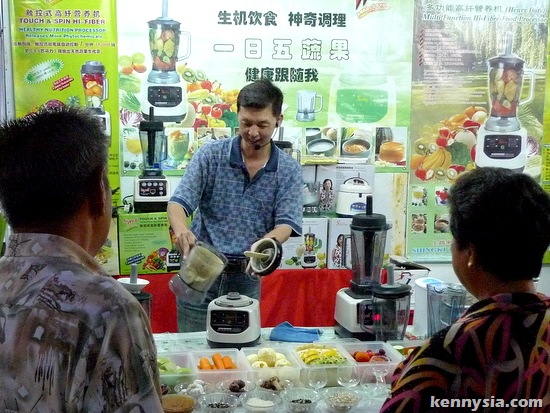 The trade fair is where you see the whole entire housewife population in Kuching coming in to check out what’s the latest in cooking or cleaning technology. Seriously, the average age of people here is like 50 years old.

Then you have the other end of the scale. 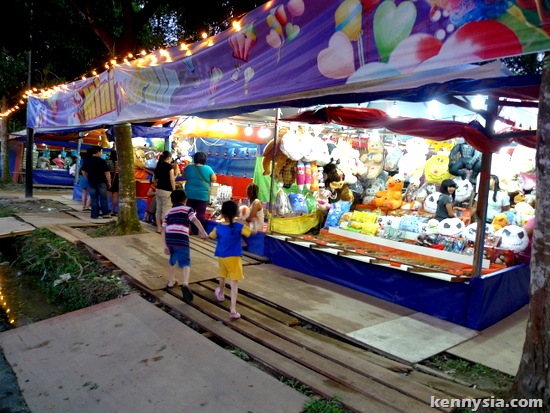 There’s a mini fun-fair filled with 5-year-old ADHD kids bugging their parents to spend RM3 on some stupid game that’s impossible to win – just for that soft toy. 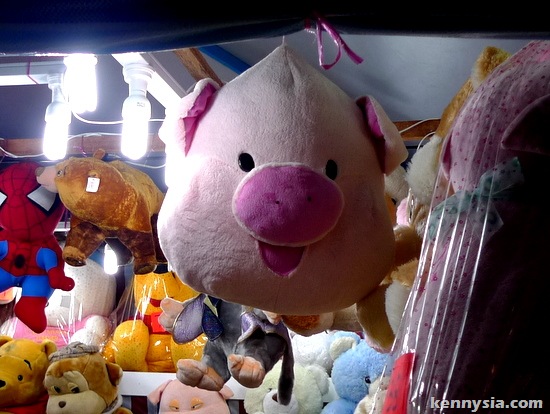 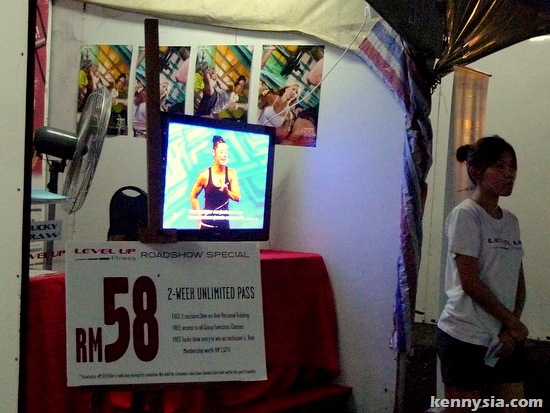 Not wanting to lose out on the crowd, I got ourselves a booth there to promote the fitness centre. Honestly speaking though, the response aren’t all that fantastic.

People coming to the Kuching Festival are not interested in signing up for a fitness membership and getting fit. They are more interested in getting fat. 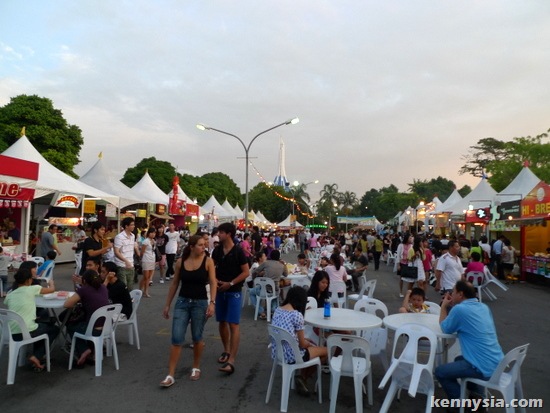 Compared to us, the food stalls in general are doing very well. All the best food in Kuching are gathered here for the 3 week festival and a lot of them get sold out before the night is over. 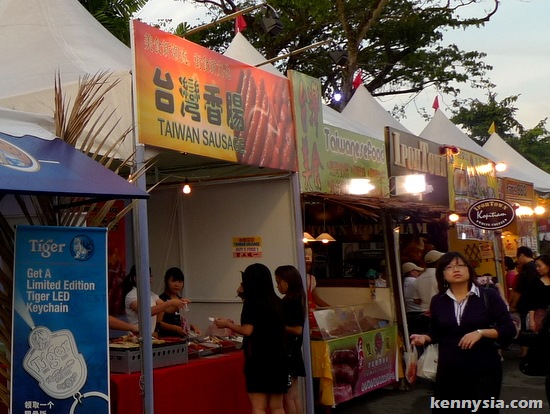 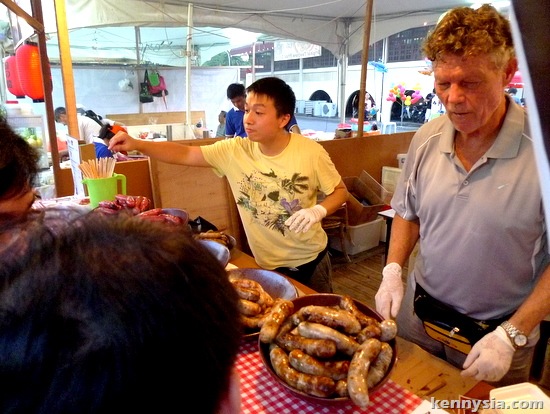 Kuching people like Rudy’s German sausages. He got people queuing up every night for his big juicy sausages. And every night without fail he’d sold out because people keep coming for more. 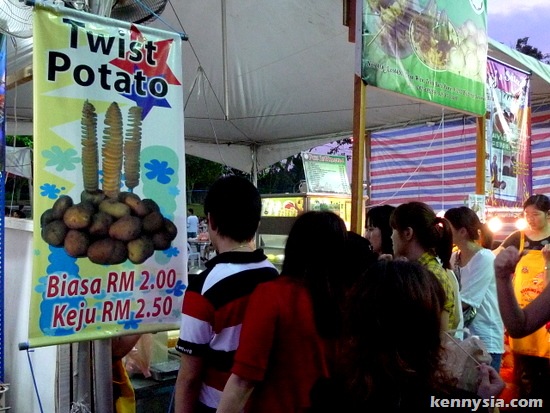 One thing that definitely fascinated me about Kuching Festival this year is the… questionable displays they have. 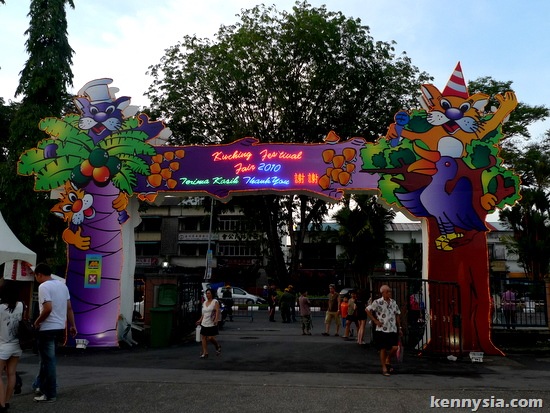 You see, right on the front gate are three monstrous cats who can climb trees. It’s so scary. The cat on the left is PURPLE. And most likely it’s PURPLE because the sponsor of the festival is Xpax (which is also purple). 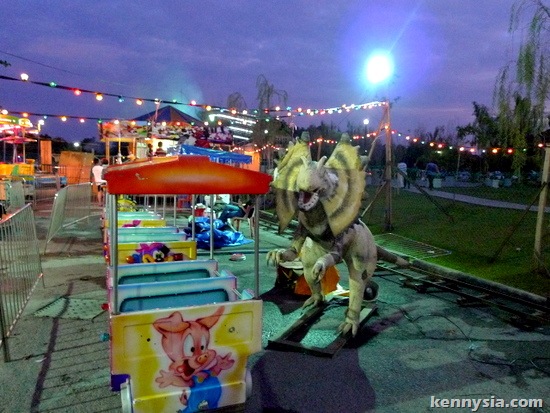 At the backgate is a kiddy ride that loops around the most hideous-looking dinosaurs ever.

They are so ugly they’ll scare real dinosaurs away into extinction. 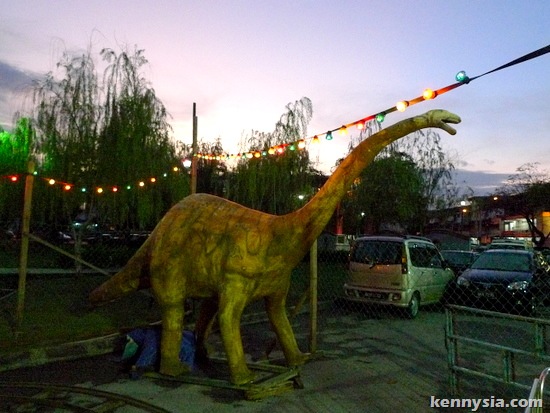 Charming as they may be, NOTHING could quite capture the attention of the people like the display of this Western food stall called… The United Steak of Richmond. 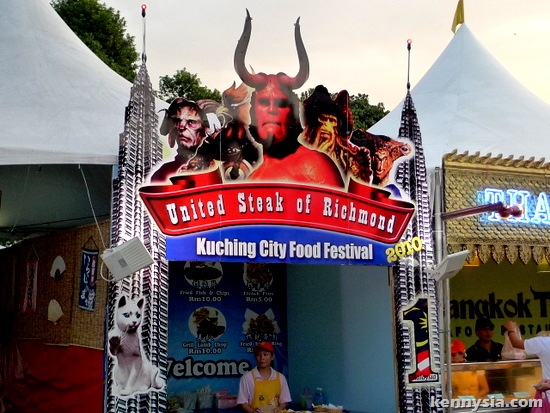 The United WHAT? Doesn’t matter.

Hellboy is already rolling in Hell over the blatant misuse of his picture, alongside Captain Davy Jones and Jar Jar Binks from Star Wars on the top of KLCC. 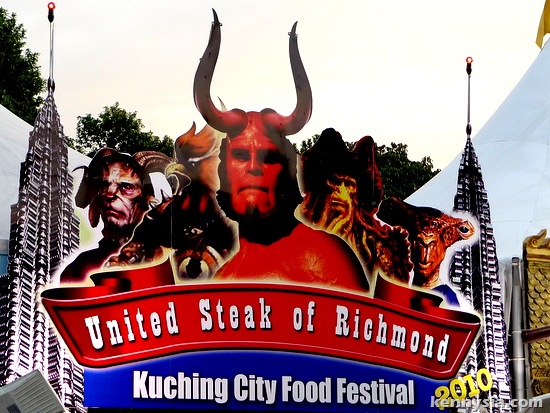 You wonder if they actually put these up to make kids excited, or to scare them away.