I met someone important while I was in Hong Kong. 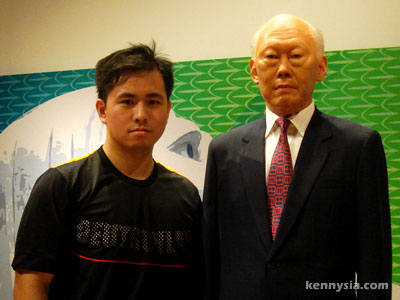 The one and only Minister Mentor of Singapore Lee Kuan Yew was having dim sum lunch with his entourage at a restaurant near Central.
He spotted me just as I was walking in, hollered me over and much to my surprise, told me that he’s a big fan of kennysia.com. He also said to me he liked reading Dawn Yang and hoped Paul Twohill would win Singapore Idol. 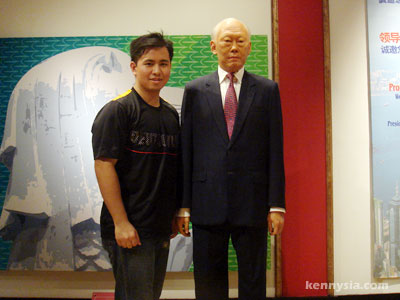 Fine, I lied. It wasn’t actually Lee Kuan Yew. Just a wax figure of him.
But still! I was having a stimulating monologue with an inanimated object that looked vaguely like the Minister Mentor. That’s something ok. That means I’m like, cooler than the rest of you plebians.
So who wanna touch me? 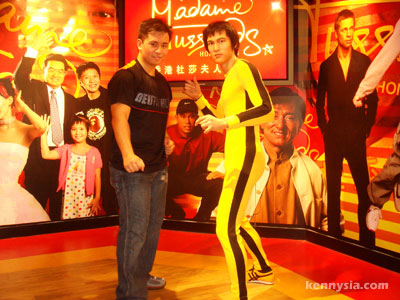 I was at the Madame Tussauds Wax Museum at Victoria Peak, Hong Kong.
Madame Tussauds of course is well known for their realistic wax models of famous personalities. Their branch in Hong Kong is the first in Asia and features wax sculptures of celebrities that we’re more familiar with in this part of the world. 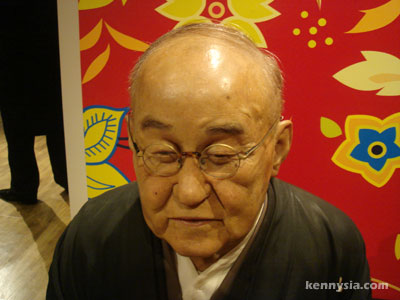 Entrance tickets to the wax museum are HKD110/RM55 a pop, which is actually quite expensive, but it’s fun to see how detailed the wax works are.
You can try fooling your friends into believing that you met so-and-so celebrity in Hong Kong. I attempted to do the same, but all they said was “Eh, this one quite realistic hor!”
Dammit, am I that predictable? 🙁
At least I had fun kicking David Beckham’s balls. 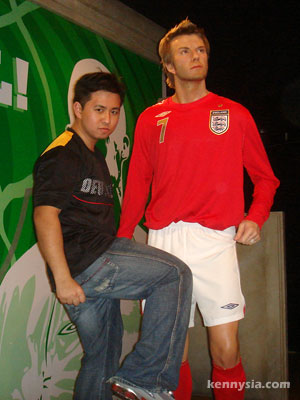 Getting poked by Madonna’s breasts. 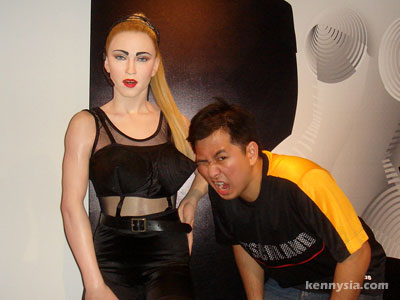 And delivering a speech at the White House with Dubya by my side. 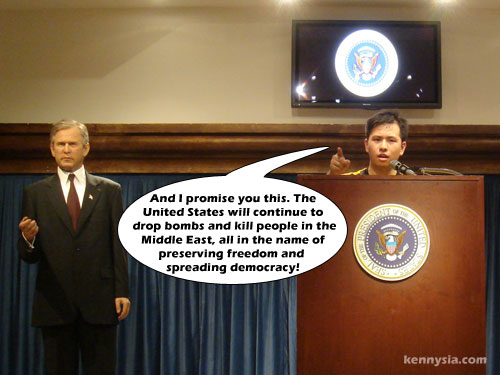 Personally, I don’t think it’s a good idea to have a wax figure of yourself on display for everyone to touch and see.
I mean, you could be the world’s most successful golf player and people could still make fun of you. 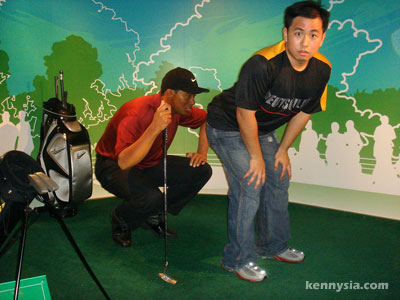 I guess it’s alright if you’re like Gandhi and everyone loves you.
But what if you’re “Aunty Killer” Bae Yong-Jun and half the male population hates you to death? 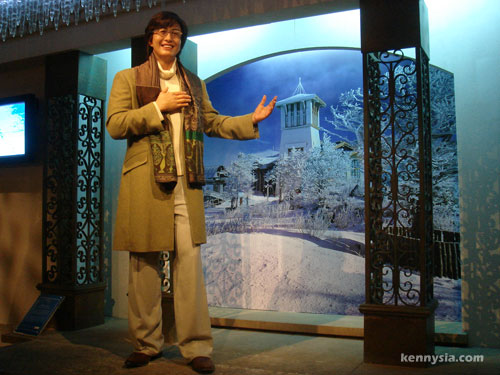 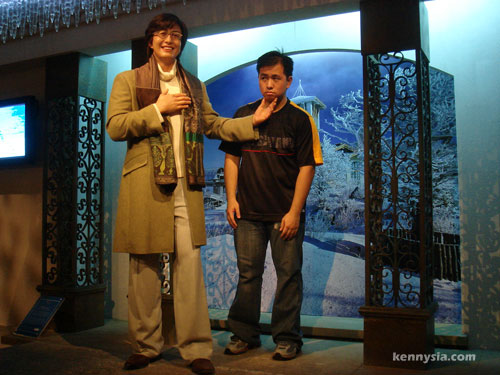 The worst thing is, I spotted a couple of these posers taking photos with Andy Lau like this. 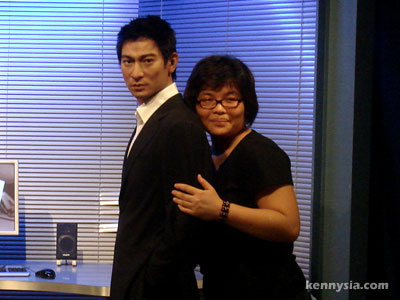 How horrible right. What would Andy Lau think if he saw people taking photo with his wax figure like that! Like getting molested liddat.
Then suddenly, I saw Ayumi Hamasaki. 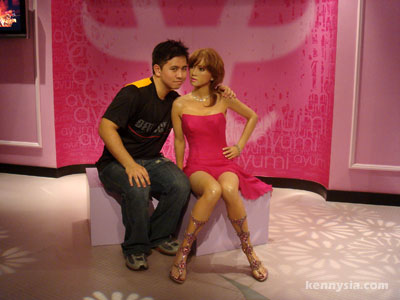 And then I did this. 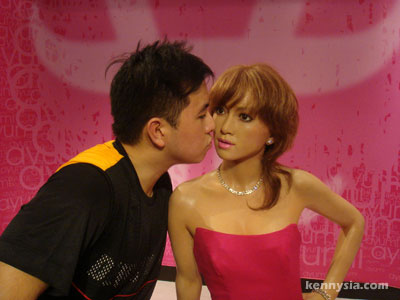 I love the Kuching Festival Fair, but I can’t help but to feel that it’s more of the same every year. Food. Credit card booths. Wedding photography booths. Where’s the variety?

117 Replies to “Fun And Games With The Madame”