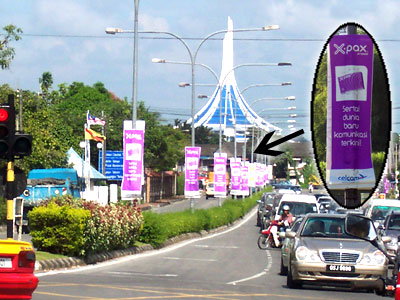 Maxis, DiGi and Celcom banners are everywhere in the streets of Kuching

I was just driving around Kuching today, trying to re-acquaint myself with my hometown, when I noticed a rather disturbing trend. It seems as if no matter where I travel in Kuching, I am bound to encounter some form of promotional material by Maxis, Digi and Celcom – the 3 major mobile phone carriers in Malaysia. 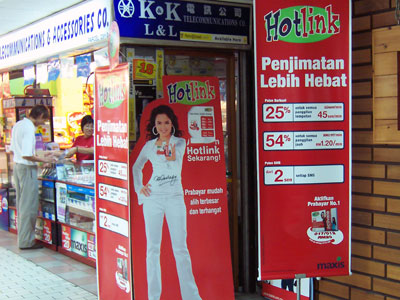 I can’t go shopping without walking past a life-size cardboard cutouts of Siti-freakin’-Nurhaliza promoting Maxis. Lamp posts that were previously just lamp posts, are now adorned with banners advertising DiGi’s 1c SMS promotion. Overhead briges that used to be in plain cream colour now bear the logos of Celcom instead. In fact, I couldn’t drive 5 minutes in metropolitan Kuching without encountering any one of those ads. 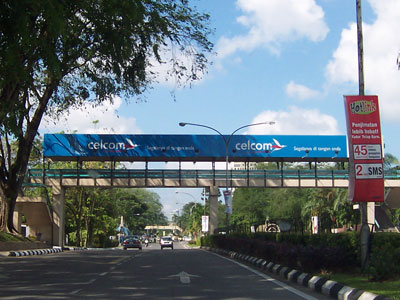 Its terrible. I had expected Kuching to be that laid-back, relaxing little city that I grew up in – not some over-commercialised town who happened to have sold its soul to the highest bidding corporate company.
Some people may say, “Its not that bad whattt… just some posters here and there. At least we don’t have to pay so much taxes!” Well of course, extra money is always good. But as an example of how too much of something is a bad thing, see Kuala Lumpur.
During my last trip to Kuala Lumpur, I had the experience of taking the new KL Monorail (which finally re-opened after one of its wheel fell off). The experience was great. But to my horror, I noticed that the naming rights of almost all the monorail stations are owned by major corporate companies. 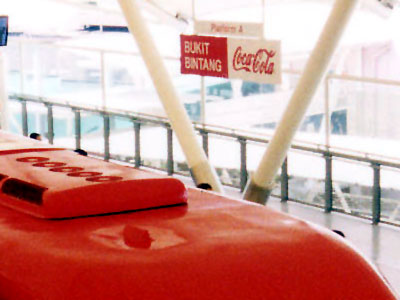 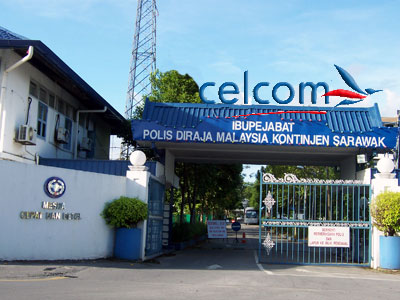 Maybe we should increase the Sarawak General Hospital’s funding by selling advertisement space to Maxis? 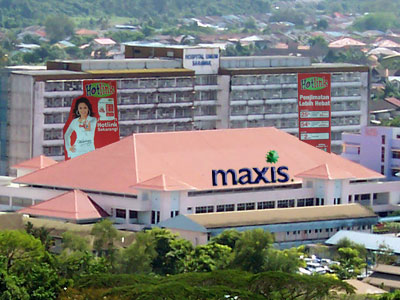 How much is too much? Who knows, maybe one day this website will be big enough to be able to afford purchasing the naming rights to the Sarawak state. 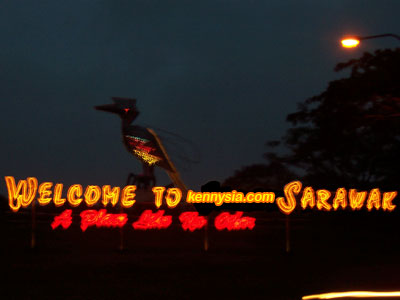